They’re superstars out in the world, but their shine dims at home.

Yep, many kids of Hollywood celebrities aren’t too awed by their careers — or interested in watching their blockbuster hits. For example, Ben Affleck’s children, Violet, 16, Seraphina, 13, and Samuel, 9, have selective taste in film; the actor admitted that his kids “relentlessly mock” his performance in 1998’s Armageddon, what he says is “the one movie of mine that my kids have watched.” And David Arquette and Courteney Cox’s 17-year-old daughter Coco has only seen one part of Scream, the 1996 movie during which her parents (now divorced) first fell in love. “She doesn’t like to watch anything we do,” Cox has said. 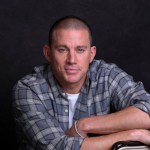 And Adam Sandler says his teenage daughters Sadie and Sunny lose interest in his films rather quickly. “And every time, I’d say about 20 minutes in, I see them tuning out, and I hear them — they’re nervous to say it—but they’re like, ‘Can we watch something else?’” he told Ellen DeGeneres in 2019.

But it’s not such a bad idea for kids to differentiate between their parents’ roles at home and out in the world, especially if it helps them imagine their own dreams. A 2021 survey conducted by Joblist found that 48 percent of people say their parents “strongly influenced” their job choices and almost 40 percent felt “pressured” to take their parents’ career advice.

So boycotting a film or two might be one way these kids are learning independence from their famous parents. And honestly — as kids, how many of us were interested in hearing about our parents’ 9 to 5? Yeah, we thought so!