The actor captioned the Wednesday, July 15, photo with a happy face. In the social media upload, the BH90210 star lit the candles on a colorful dessert, complete with sprinkles, while Noah, 7, Bodhi, 6, and Journey, 3, looked on.

The Los Angeles native’s at-home party came two months after his announcement that he and Fox, 34, had called it quits after nearly 10 years of marriage. 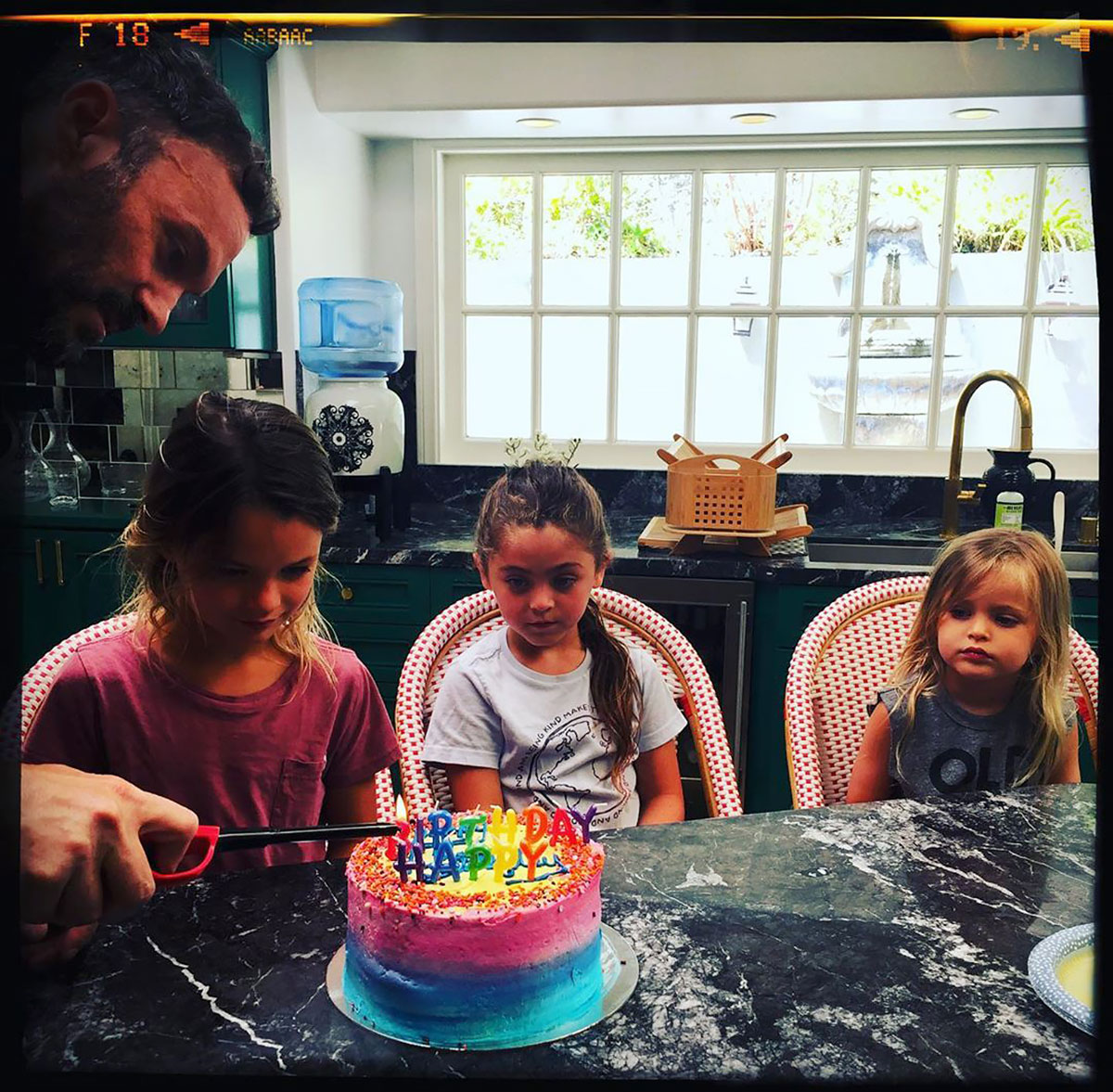 “The two of them had been arguing about parenting styles,” a source exclusively told Us Weekly of the former couple at the time.

Green was the “bad cop” when it came to coparenting with the Transformers star, he told Rachael Ray ahead of their breakup in May. “At first, that was sort of an issue for us,” the Beverly Hills, 90210 alum, who also shares son Cassius, 18, with Vanessa Marcil, told Ray, 51, at the time. “Now, we listen to each other and we talk to each other about things. If she doesn’t like something or I don’t, we listen to it. We coparent well, I think, right now. [She’s] a fantastic mom and a fantastic wife.”

Following their split, the actress has moved on with rapper Machine Gun Kelly, while Green has been spotted with model Tina Louise.

He and Louise held hands on Monday, July 13, during an outing in Los Angeles at Sage Vegan Bistro. The lunch date came one week after they were photographed in Melrose Place with their arms around each other.

“Tina is really cool,” Green told TMZ on July 3. “I literally just met her that day at her restaurant on the sidewalk.”

Prior to their romance, the “With Brian Austin Green” podcast host was spotted with Courtney Stodden. The singer, 25, made headlines when she posted a video of herself with Green.

“I was just trying to be a nice guy and I shot a video for her friend Ashley, saying hello,” he told the outlet of the footage. “The fact that she decided to post that the day Tina and I had lunch — knowing that it would create problems for Tina and myself, having three kids — it kind of sucks.”

Fox was spotted at LAX airport with Kelly, 30, on Green’s birthday, leaving L.A. to resume filming Midnight in the Switchgrass.