The more, the merrier! Bekah Martinez and her boyfriend, Grayston Leonard, may expand their family in the future through adoption.

“Yes,” the Bachelor season 22 alum, 25, wrote on her Sunday, July 26, Instagram Story when asked if she had ever considered that route. “Gray has multiple close family members who are adopted, so he’s definitely open to it and I am as well.”

The former reality star, who shares daughter Ruth, 17 months, and son Franklin, 1 month, with the rock climbing gym owner, 31, went on to write, “We are also interested in fostering — I was actually signed up for a potential foster parent intro class when I found out I was pregnant with Frank! So we decided to put that on hold.” 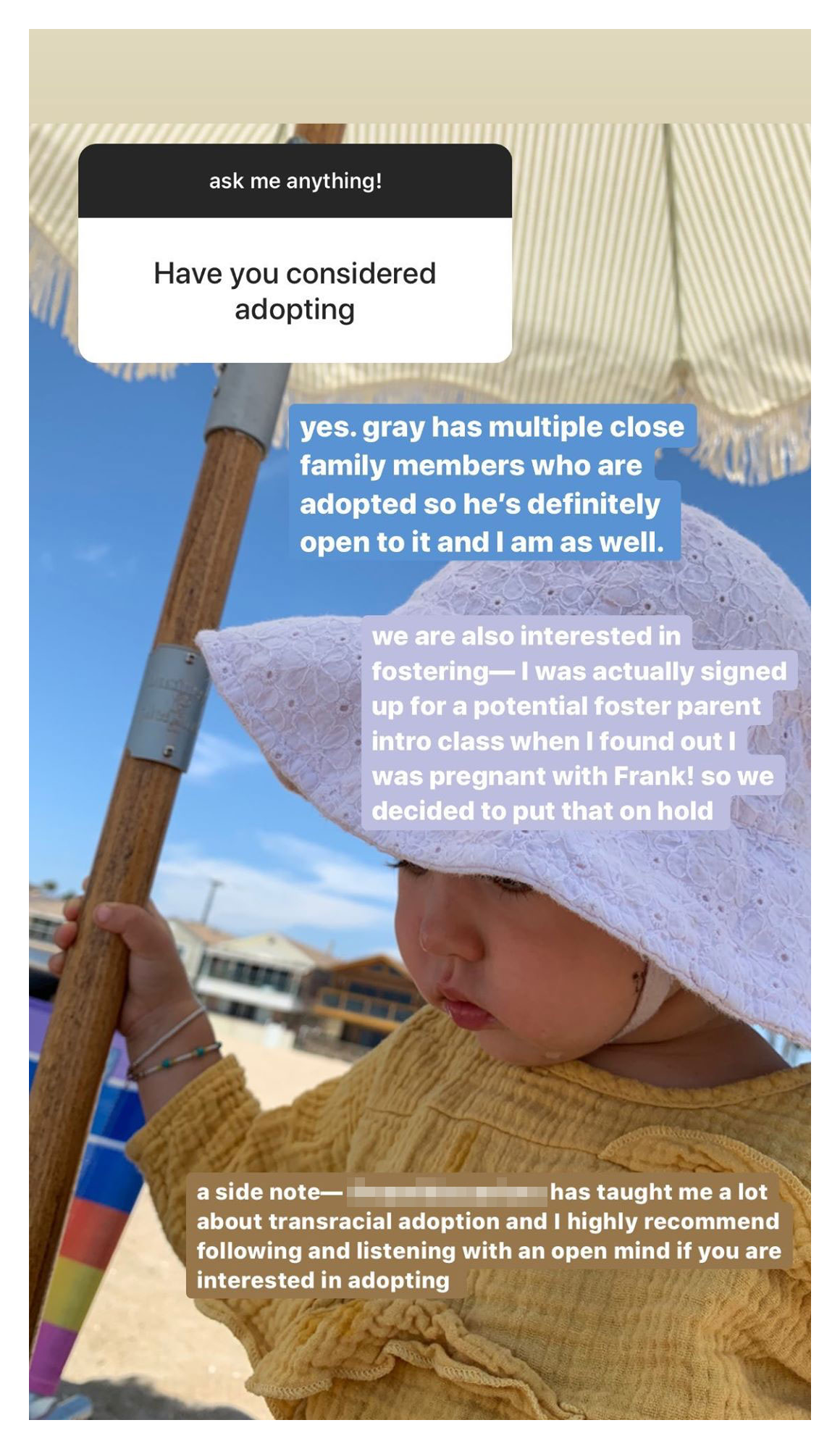 In August 2019, the “Chatty Broads” podcast cohost exclusively told Us Weekly that she wants “five or six” kids.

For now, Martinez plans to take a pregnancy break and is considering an IUD after “weighing” her options. The California native explained on Sunday: “The pull-out method doesn’t seem to be the best for us.”

She and Leonard found out that they were expecting their first child three months after they started dating. Ruth arrived in February 2019, and the former ABC personality announced her second pregnancy nine months later. 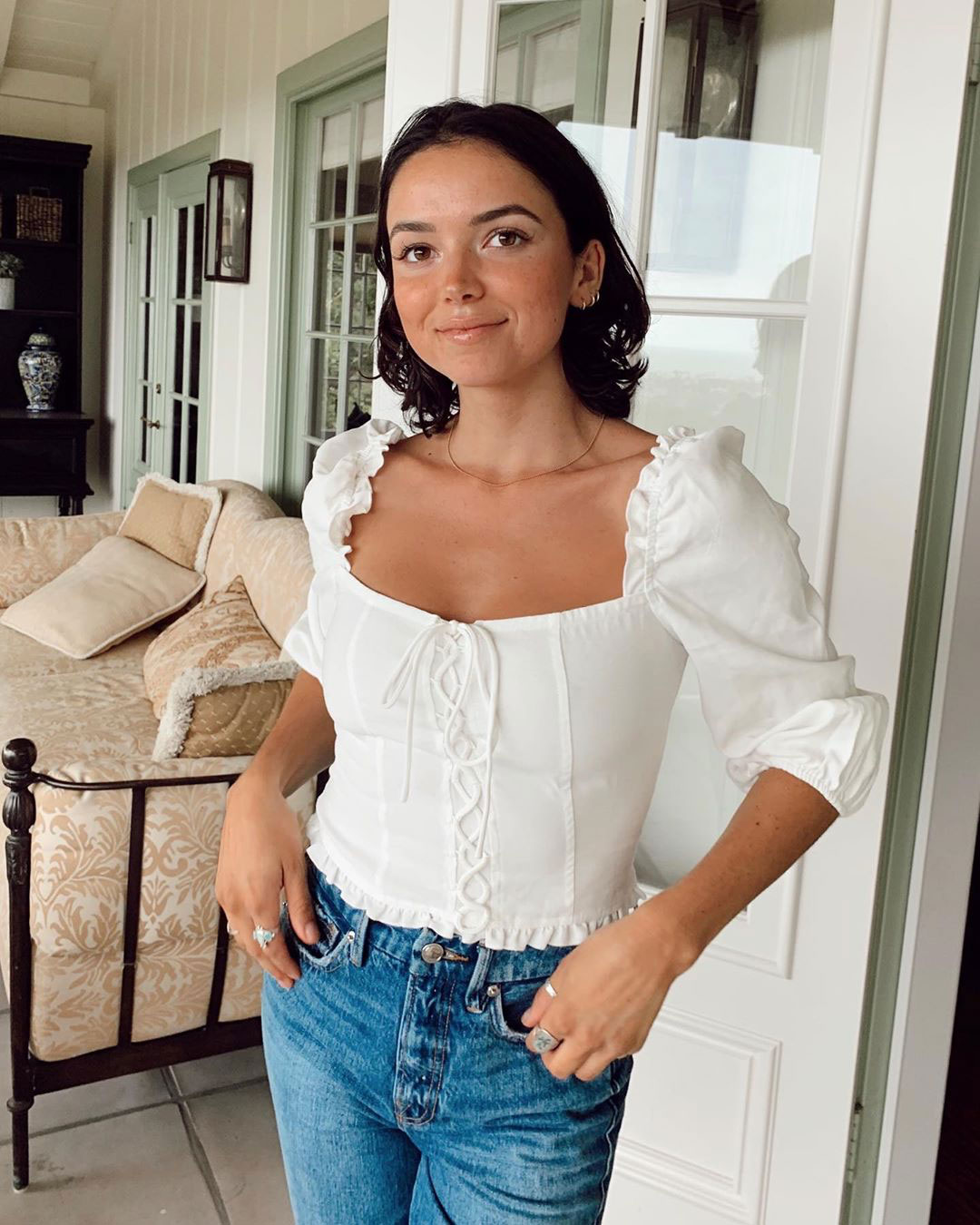 “My body was almost convulsing, I was shaking so hard,” she said in November 2019 of finding out she had another little one on the way. “I was in utter shock and disbelief.”

When Martinez was “two weeks late on” her period, she assumed that her hormones were still shifting after her daughter’s birth. “About two weeks after, I was like, ‘Well I do have a test here in the house,’” she told “Chatty Broads” cohost Jess Ambrose at the time. “It was in the morning and Gray was in the bed with Ruth and I didn’t say anything. I was like, ‘I’ll take it. Why not.’ … [The test’s double lines] were so red and so there.” 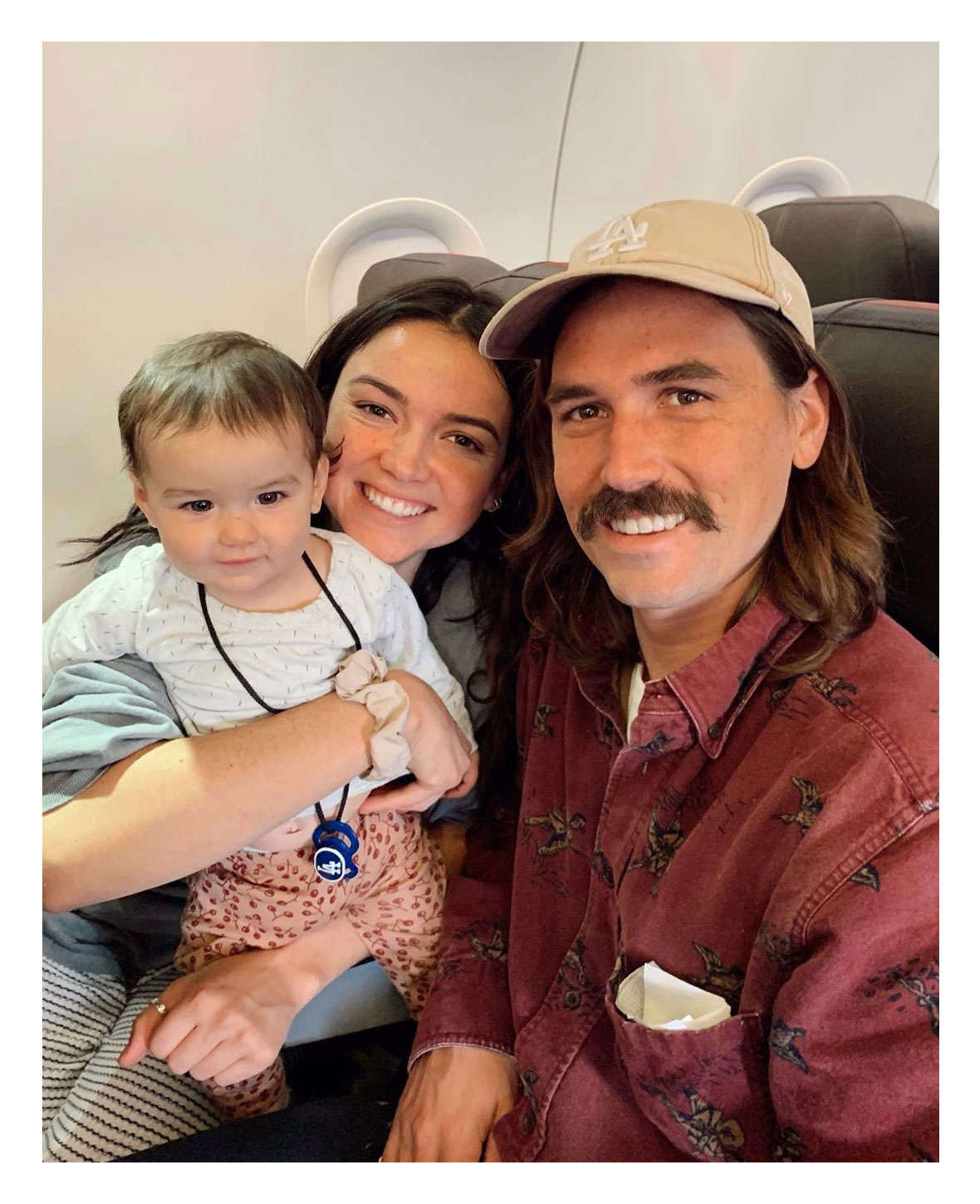 The couple welcomed their baby boy in June, and his name was inspired by the Franklin the Turtle children’s book franchise. The little one is “like a sweet, sleepy little turtle,” Martinez explained in a “Chatty Broads” episode that same month.