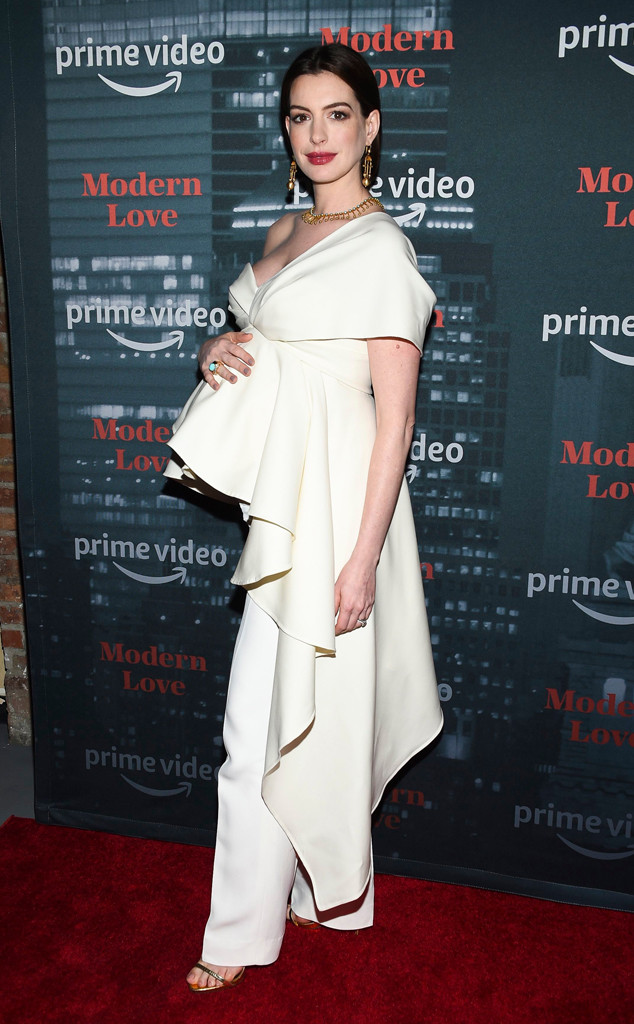 Anne Hathaway is getting ready to welcome her second child with husband, Adam Shulman. After making the special announcement in late July, it appears the Oscar-winning actress is ready to celebrate with a bang! On Saturday afternoon, the soon-to-be mother enjoyed a fun-filled baby shower with her loved ones in New York, E! News has learned.

According to an insider, the celebration was pretty low-key and held at the 36-year-old star’s Upper West Side home. In fact, it was a total shocker for the Hollywood star. “It was a surprise baby shower! Anne walked in and everyone yelled ‘Surprise.’ She looked completely shocked and put her hand over her mouth then her face,” the insider shared. “She hugged one of her friends and said ‘You guys are so good!'”

At one point, The Hustle actress was spotted “rubbing her hands on her pregnant belly” and had a “smile on her face and chatted with her guests, including Jessica Chastain.” Moreover, the insider added, “Guests gathered on her outdoor terrace where a table was set up with a tray of baked goods and food was served in elegant silver.”

However, it’s unclear if the Hollywood star revealed the gender of her baby, as the source said there was “no sign if it’s a girl or a boy.” 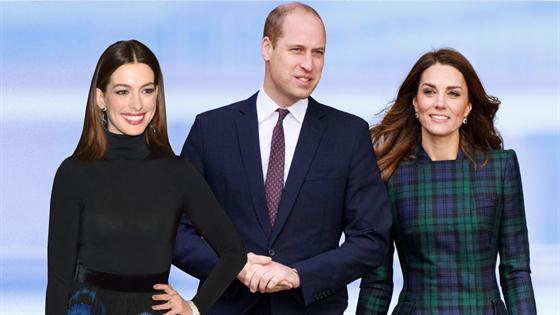 Earlier this year, the 36-year-old actress opened up about her pregnancy struggles and offered support to anyone experiencing infertility.

“It’s not for a movie…⁣⁣ #2,” she captioned her announcement photo, where she showed off her growing baby bump. “All kidding aside, for everyone going through infertility and conception hell, please know it was not a straight line to either of my pregnancies. Sending you extra love.”

During her first post-pregnancy appearance, which was at the TCA Summer Press Tour, the actress shared that her “mommy brain” was in full effect.

“I can focus on certain things that are fine, but there are certain things my brain just.…it refuses to allow me to imagine directions, so if you describe something, shapes or you spell something, I can’t go there,” she said. “And certain words I have a hard time recalling, so I become that spinny wheel of death on your computer in conversation with me. And I feel I’m very taxing for people to be around.”

This marks the second child for Hathaway and her husband, who share a 3-year-old son, Jonathan Rosebanks Shulman.