Summer is over, which means parents are filling up your timelines with adorable back-to-school photos of their kids (and more than a few chalkboards).

This year, though, the most adorably memorable back-to-school photos belong to Dallas-based mom Carina Cansino, 21, and her 5-year-old son Gus. 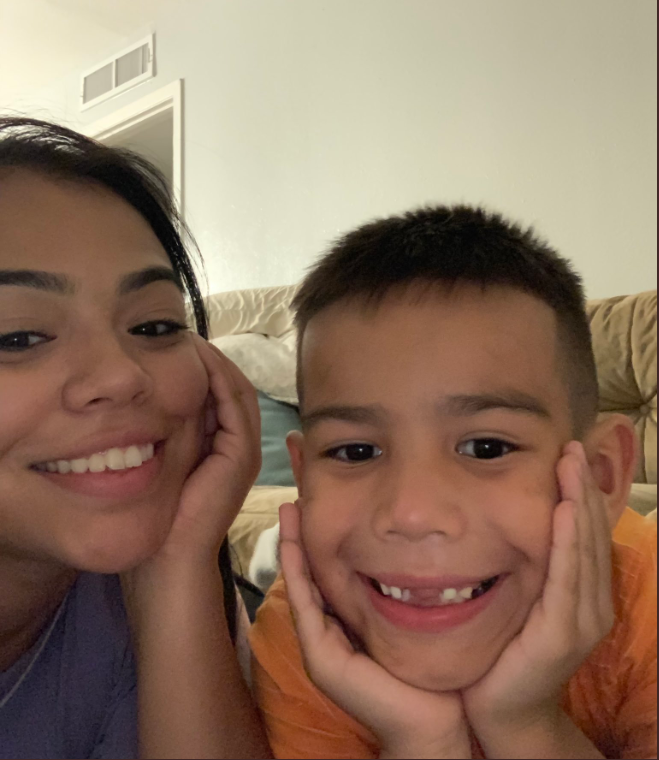 To commemorate Gus’ first year of elementary school, Carina put him in an oversized T-shirt that had “Class of 2032” emblazoned on the front… 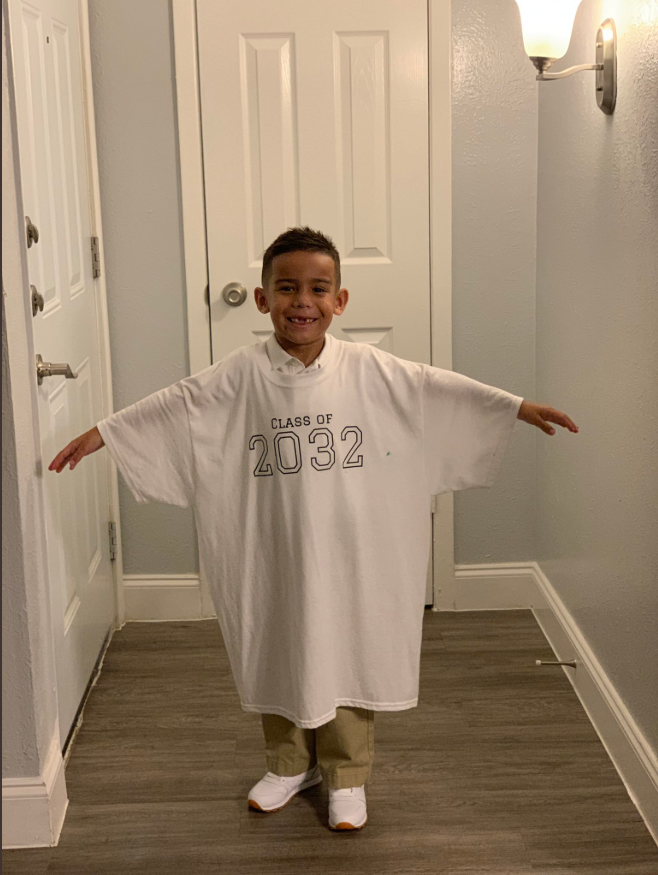 And, on the back, markings for Gus to leave a handprint on the first day of every school year until he graduates from high school! 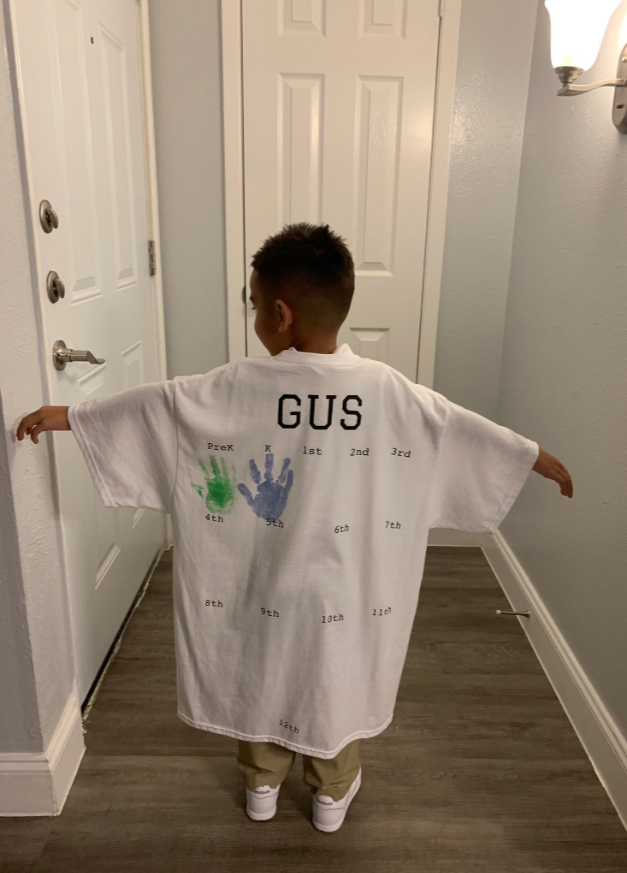 The idea was to create a keepsake that Gus could still enjoy (and wear!) as an adult. Carina told BuzzFeed, “We all know how fast time flies — and how our kids grow up right before our eyes — so it’s great to have something you can cherish even when they’re not so little anymore.”

Carina posted the photos to Twitter where they absolutely blew up, garnering more than 34,000 retweets and over 216,000 likes.

“The response has been overwhelming but in a good way!” Carina said. “I love the amount of love my son is getting. It seems Gus has an entire fan base on Twitter now, haha.”

Carina actually started doing this last year when Gus started Pre-K (which explains the two handprints in the viral photos above).

Carina said, “I hope parents are able to recreate, if not the same tradition, something similar or better with their own kids.”

Carina also hopes their photos change the way people think about young parents. “I had Gus at 15 and have always strived to be a great mom to him,” Carina said. “People often have misconceptions of what young parents are capable of. This is to show that even young parents can be fun, creative, and bond with their kid over the years.”