For many families who have had the privilege of avoiding the topic, talking about race and racism is hard. Recent harmful proposed legislation in several states across the country is aimed at ensuring that these discussions no longer happen in schools, either. The banning of critical race theory, and the mandate that teachers must always present “both sides” is detrimental, to say the least. The point, truly, is not really critical race theory (CRT) at all. CRT was developed in the 1970s as a way to understand the impact of racism in America on systems of power and policies. It is currently under attack through legislation banning it as an extension of mandates from the Trump administration. What matters is that while the laws are about stopping CRT, the message is that schools cannot acknowledge a deeply seeded history of racism in our country. This legislation aims to stop discussions about racism, at a time in which they were only starting to increase (historically, teachers have often shied away from this topic regardless of laws). While our hope is that this legislation is stopped, the reality is that in many states it will become law and so parents need more strategies at home to help our children understand our past and build a better future. 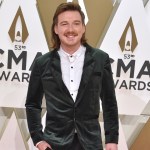 The list below reflects a series of strategies and tools to help parents and is shaped by my experience as a white teacher in a school of primarily Black and Latinx students, as well as the mother of mixed-race daughters.

1. Talk about your day and current events.

There are myriad resources to support families in talking about everything from the police brutality and murders that have filled our news feeds to the discovery of the bodies of dead Indigenous children to being kicked out of a Starbucks for being Black. Look at those resources — but don’t wait for events to have conversations. Make discussions about race, homophobia, gender discrimination, and religious oppression topics that are not only for special occasions.

It’s important to talk about how racism (and sexism, homophobia, and religious impression) not only impacts others but how it impacts you. For example, in my house, we talk about where we would have sat on the bus in the 1950s and how that would have made us feel: My husband, who is Black, would have been in the back. My kids, who are white presenting, would also have been back there because regardless of how they look, they are both Black and white. And I might have been sitting in the front because regardless of what I feel and believe, it would be where I was told to sit. We all like to believe that I would have refused such a system, but we acknowledge how hard it might have been and how unsafe that might have felt. My husband shares stories about work or about his concerns when we are doing something like renting a house that we might be turned away from because of his race. I have told my kids about gender discrimination and getting paid less for being female. In each of these cases, we talk about how they feel and what they would do differently. And these are things we talk about all the time; we go out of our way to make it part of our day-to-day.

2. Supplement what they learn (or don’t!) in school with classes elsewhere.

Look for opportunities for students to engage in discussions with others about issues related to race and racism. Give them a chance to explore topics like developing empathy and anti-racism or join a book club for Stamped from the Beginning in the small group settings and safe spaces provided by organizations like Outschool. The opportunity to connect with teachers and peers from around the globe can be transformative. For many students, it could be the only time in their public school education in which they might learn from a person of color. Statistically, this can have a huge impact on students — both for students to have someone who looks like them, as well as for students to learn from someone who doesn’t.

3. Look at the books on your shelves with a critical eye.

Read and encourage your children to read books about history, racism, and antiracism. But it is not only these books that matter. It also matters that they read books with protagonists of all racial, ethnic, and religious identities. Take a moment to consider: can I decolonize the shelves in my kids’ rooms? What about the books on my own shelves or coffee table? I will take with me forever that at my older daughter’s preschool they put a picture of a Black man other than Martin Luther King on the door with an announcement about MLK Day. It was as if any Black man would do. The books on their shelves were not what we wanted to see, so early on we thought critically about our purchases.

4. Watch movies and TV that provide teaching moments (not into screen time? podcasts work too!).

As with your bookshelves, movies and TV provide you with opportunities to teach through content (13th is a great one for older children while Sesame Street episodes may be more appropriate for younger kids) but also through story. In my home, we watch the sitcom Mixed-ish because the characters grapple with identity issues we want to discuss with our children. It is from that show that we reinforced the idea that they are not “half and half” but instead that they are both. It does not have to be serious to be powerful.

5. Show the power of collective action and of raising our voices together.

Look for peaceful protests and expose your children to the energy of a crowd united to protest against inequities and injustice and determined to shape a better future. As your children stand beside you, holding the signs you made together or lifting their voices along with the crowd, they will see that while we have so much work, so much learning and unlearning to do, they can be part of a movement to change the world.

It is imperative as families and caregivers that we provide opportunities for our children to learn about racism and receive an honest education about our past. The time is now to step up and for us to do the work.

Before you go, shop these beautiful books by Black authors & illustrators: