When shoots start to appear above the ground a couple of weeks after you’ve planted your seed potatoes, you’ll need to ‘earth them up’. Gardeners will also earth their potatoes up during the growing season during May and June. Express.co.uk reveals when to stop earthing up papers.

As soon as potato shoots are tall enough – about nine inches – they can be earthed up.

Essentially, earthing up is when you cover these shoots with fresh soil and compost.

Earthing up potatoes can be done every two to three weeks to ensure you get the best potatoes possible by harvest time. 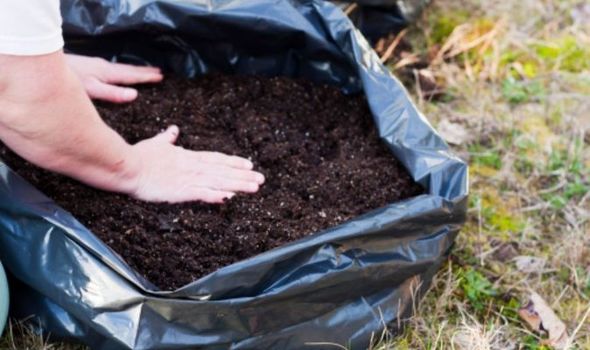 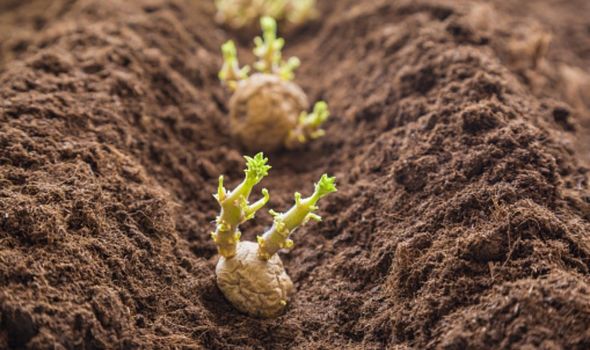 Earthing up your potatoes protects the shoots from frost damage, but that’s not the only reason you need to go through the process.

Covering the shoots with extra soil encourages larger crops and maximises the quality and amount of potatoes that grow.

This is because potatoes grow near the surface of the soil, so increasing the amount of soil covering the shoots means you’re giving the shoots more space to make new potatoes. 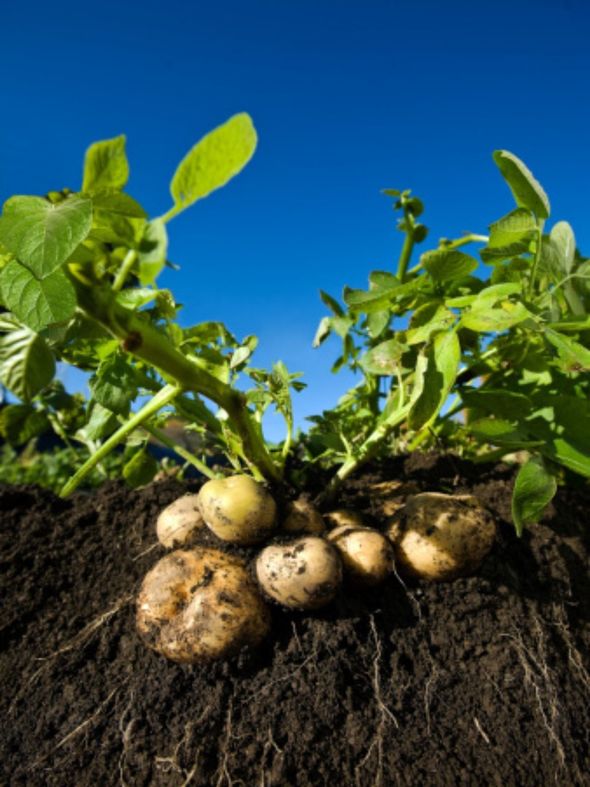 Potatoes need to be totally covered by soil to grow, otherwise they will turn green.

Earthing up your shoots stops your potatoes from becoming exposed to sunlight and developing green skin.

Green potatoes aren’t just unsightly, they are poisonous and inedible.

How to earth up potatoes

Earthing up potatoes is really easy and all you need is some soil and a spade.

According to the Royal Horticultural Society, you need to wait until the potato shoots are about 23cm tall and then draw the soil up around them and create a ridge about 15cm high.

The site reads: “As the stems grow, repeat the process several times.”

Make sure you keep the plants well-watered if the weather is particularly dry and add a nitrogen-rich fertiliser around the time of the second earthing up. 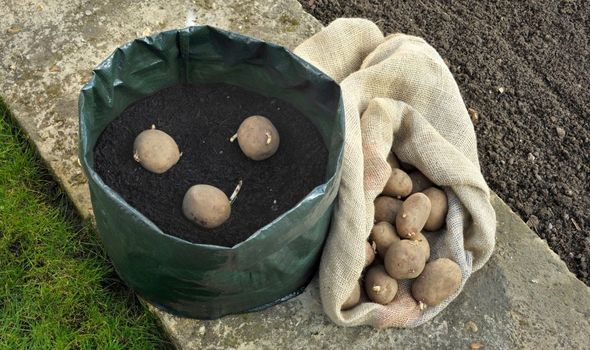 When to stop earthing up potatoes

You should stop earthing up your potatoes when the final height of the ridge you have created is between 20 and 30cm.

You only need to earth up your potatoes when they’re planted and then a couple of times during their growing season.

Potatoes are normally planted in March and April and it only takes between 70 and 120 days for potatoes to grow.

First early potatoes should be ready to lift in June and July, second earlies in July and August and maincrops from late August.

The RHS site adds: “With earlies, wait until the flowers open or the buds drop. The tubers are ready to harvest when they’re the size of hens’ eggs.

“With maincrops for storage, wait until the foliage turns yellow, then cut it down and remove it.

“Wait for 10 days before harvesting the tubers, and leave them to dry for a few hours before storing.”