A new ad for Ivy Park features throwback home movies of Beyonce during her childhood days in Houston.

“Impossible is nothing” is the new slogan for Beyonce’s latest Ivy Park campaign It’s clearly a motto that the pop star has been following her entire life, as evidenced by the one-minute ad, WHICH YOU CAN SEE HERE, released on April 25. In the commercial, Beyonce is seen in childhood videos, as she works her way up into becoming the worldwide icon that she is today. The throwback vids feature her racing across her front yard in Houston, performing as a teenager and hanging out in the living room of her childhood home.

By the end of the video, Beyonce is seen performing in recent years, from rehearsals to big shows onstage. There’s also footage of other young women and girls who have been inspired by her. “When she was finding her voice, she didn’t see limits,” a narrator says in the background. “She saw possibilities — to be more than a singer, more than a dancer, more than an icon. She saw that she could be an inspiration to all people so that she and they and we could see possibilities, too.” 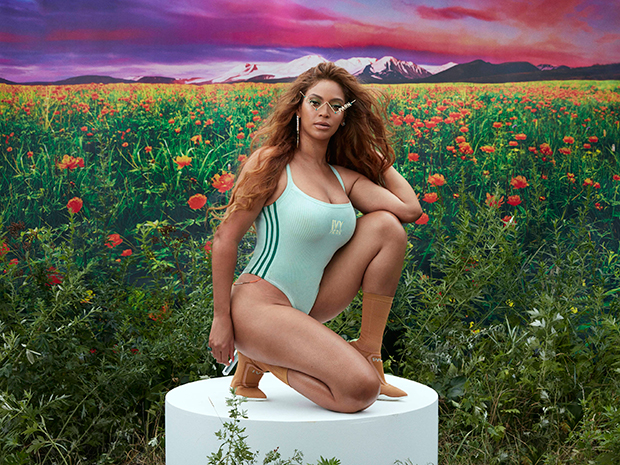 As a child, Beyonce looks strikingly similar to her own daughter, Blue Ivy Carter, who is now nine-years-old. Blue was previously part of an Ivy Park campaign herself, and has been seen rocking looks from the collection on a number of occasions. The activewear line, which first launched in 2016, features clothing, sneakers and more. Bey has partnered with Adidas for a number of Ivy Park collections over the years, as well.

Earlier this year, Beyonce dropped an Ivy Park collection called ‘Icy Park,’ and modeled so many of the looks on social media before the drop. Ciara also donned Icy Park looks for various Instagram pics, and both ladies absolutely slayed in the sexy bodysuits and more. Other stars who have worn Ivy Park looks include Hailey Baldwin, Mariah Carey and more. Beyonce also loves sending boxes of Ivy Park goodies to celeb friends, including Kim Kardashian, Vanessa Bryant and Ayesha Curry.