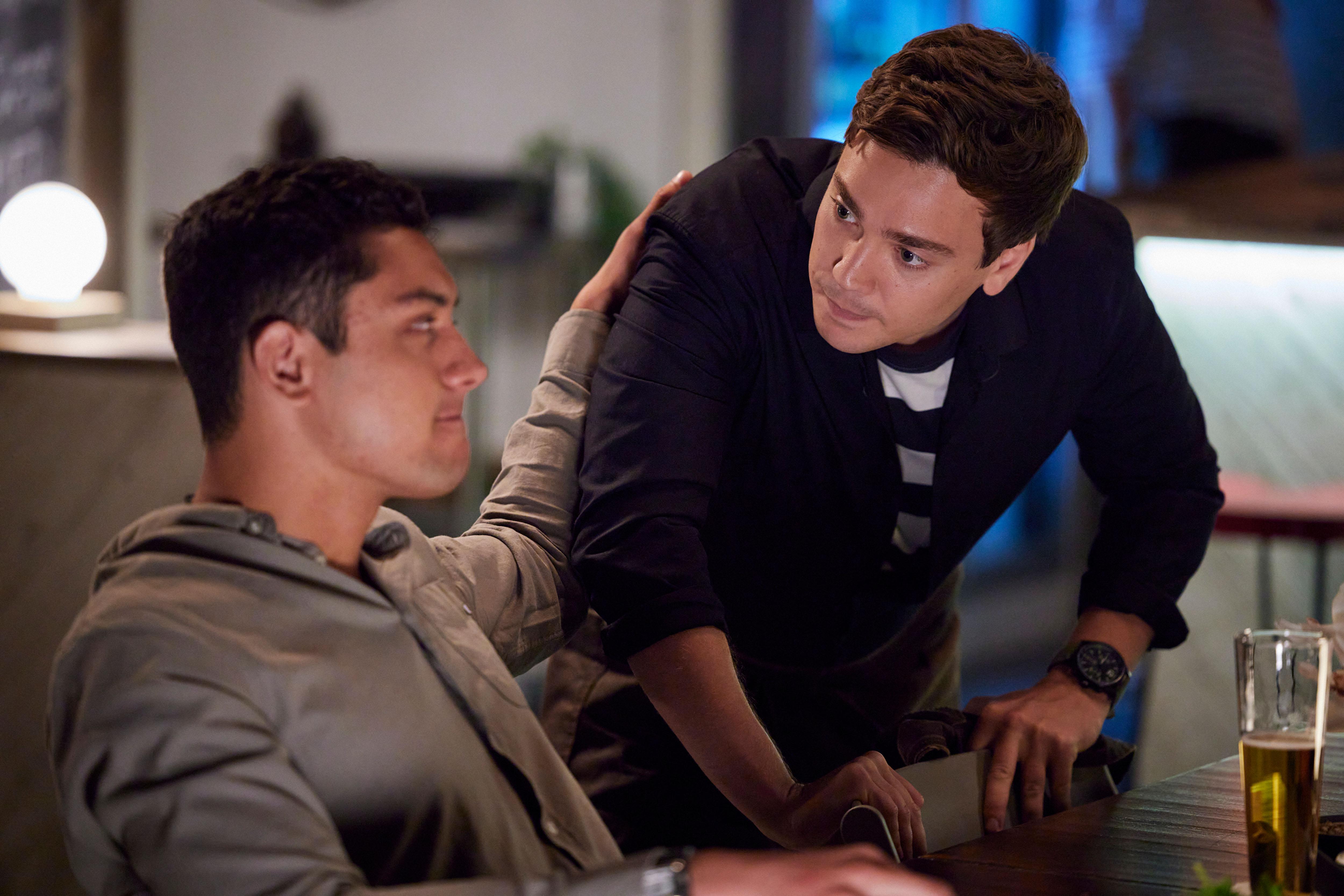 Nikau (Kawakawa Fox-Reo) makes his return to the Bay after some time away to process the changes in his life. In the aftermath of his cheating scandal, the breakup with Bella (Courtney Miller) and the end of his modelling career, he’s in no mood to be around people.

Chloe (Sam Barrett) sees him while she’s out and about and tries to spend time with him, but he pushes her away. Then Ryder (Lukas Radovich) shows up and it’s clear he’s not going to give Nikau an easy time for treating Bella (Courtney Miller) the way he did.

Although Nikau admits full responsibility for his actions, Ryder reminds him that he warned him to be careful when he first started dating Bella – she went through a difficult past and has only recently moved past the Colby (Tim Franklin) situation.

Nikau says he’s aware of the gravity of his mistake, but Ryder refuses to let it go and follows Nikau as he walks away, which only makes him angrier. Eventually Nikau snaps and turns around to punch Ryder in the jaw, knocking him to the ground.

Jasmine (Sam Frost) sees the violence and gives Nikau a firm talking to, but he’s not having any of it. Meanwhile, Chloe has reached her limit now that Nikau has injured her boyfriend and she has a go at him back at the house.

Is Nikau about to lose all of his friends with his destructive behaviour?