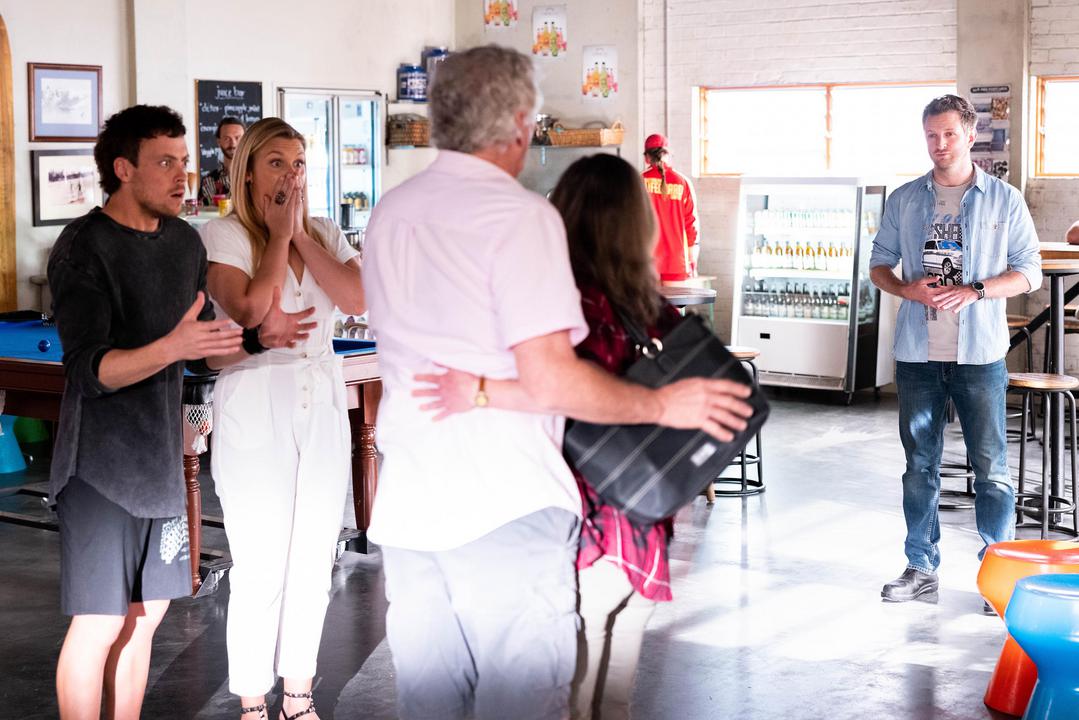 Since showing up in the Bay, Karen (Georgia Adamson) has been strangely evasive about why she stopped going to work and disconnected her phone for a while. She is soon distracted by the news that she has a grandson, but her excitement is short-lived when Dean (Patrick O’Connor) reveals Amber (Madeleine Jevic) has banned her from seeing him.

To Dean’s surprise, Karen doesn’t say much in response – and he is alarmed to discover she isn’t at home in the morning. However, she is merely walking along the beach, feeling hurt. Dean is determined to make it right somehow and comes up with a plan.

Later, Ziggy (Sophie Dillman) and Karen are walking along the seafront when Ziggy points out Jai (River Jarvis) playing football with his dad on the beach. Then John (Shane Withington) shows up in the Polaris – it’s time for Karen to meet her grandson. Karen is overjoyed, but after some time with Jai, her phone rings again – Brett (Aaron Glenane) is still trying to contact her.

The next day, Dean takes drastic action and goes through his mum’s phone to read Brett’s texts. He comes up with another plan and takes his mum to breakfast in Salt. Karen doesn’t understand their hurry – until Brett himself shows up downstairs in the Surf Club.

Karen is infuriated that Brett has tracked her down, but Brett makes it clear that he just wants to talk. Clearly she has some problems with commitment, but he isn’t going to walk away. To Dean and Ziggy’s horror, Karen replies that she’s moved on, and spins around to where John is standing nearby. She then jumps up and plants her lips on his, making a big show of the public kiss before John puts his arm around her…