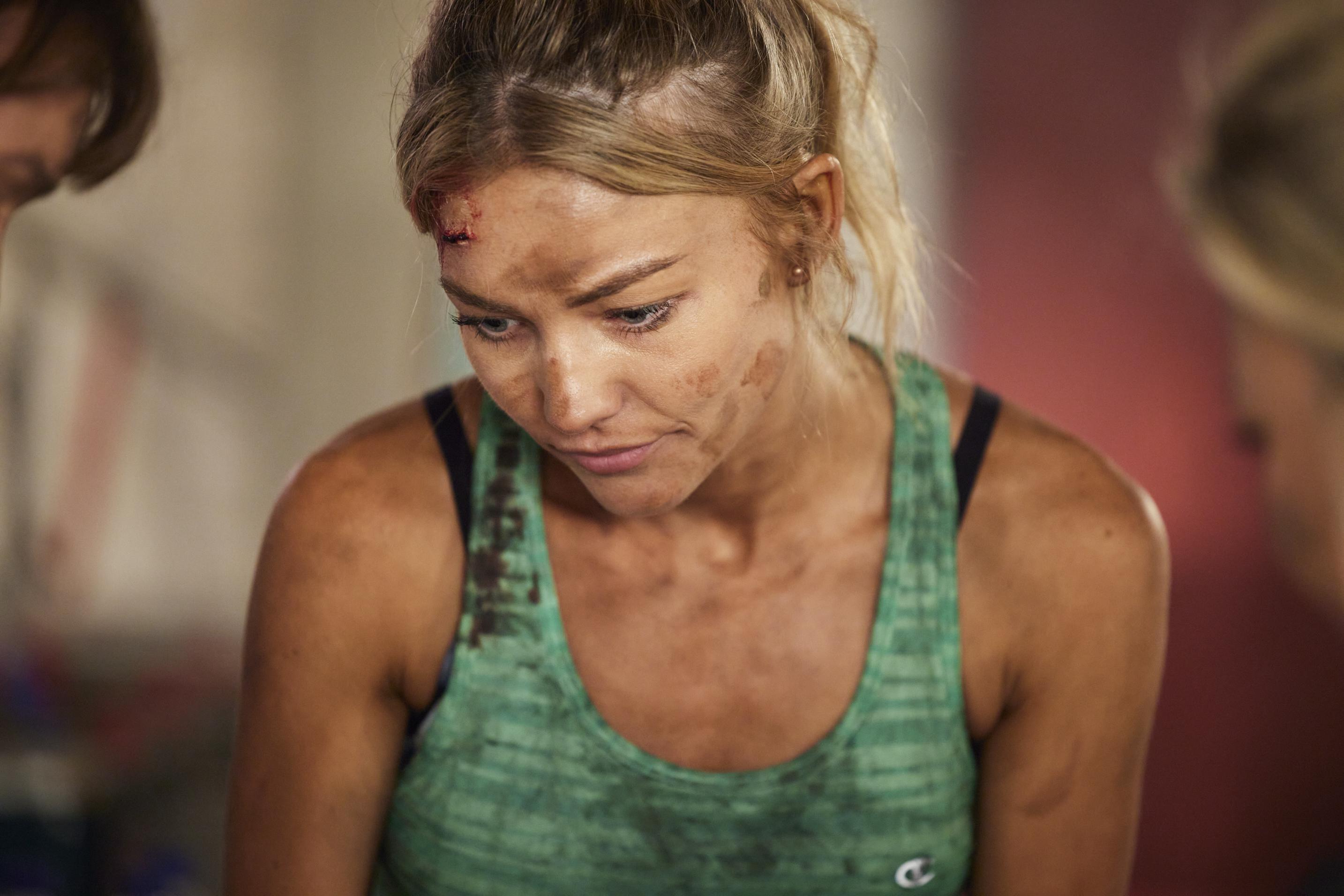 Jasmine Delaney (Sam Frost) is one of many Home and Away favourites left fighting for their lives, after a huge explosion rocks Summer Bay.

Jasmine finds herself caught in the crossfire, but in spite of the injuries she sustains, she swoops into action to help those who were directly impacted by the blast.

‘Jas is so focused on making sure that everyone else is okay that she is in complete survival mode,’ said actress Sam Frost.

‘To find herself in this situation being the only nurse at the scene, she feels she has a responsibility to do as much as she can to look after everyone and triage the situation.

‘It is very chaotic after the explosion and there’s not much time to think about anything other than helping the people who have been injured and are in a critical condition.’

Jasmine, however, is impacted by the explosion a lot more than she knows, and subsequent scenes see her collapse, much to the horror of all those around her.

‘Jasmine is one of the residents involved and the effects of the blast triggers a psychotic break and she loses her memory,’ said star Lynne McGranger, who portrays Irene Roberts.

‘She will ask a question like: “Irene have you been down to the police station yet?” and then Irene of course would answer it, then less than five minutes later she would ask the same question again.

‘Jasmine keeps wanting to know what she is in hospital for, Dr Christian is very dismayed and can’t work out what’s wrong with her and of course Irene is very concerned for her because Jasmine previously had depression when Robbo died and so Jasmine is quite delicate at the moment.’

Sam says that Jasmine is ‘fragile’ in the wake of the blast, but is hopeful that the character will recover in time.

‘She is suffering from sporadic memory loss and she doesn’t know what is happening,’ she added. ‘Luckily Irene and Christian are there to support Jas in the coming days and we hope she will make a full recovery with time.’

Home and Away airs Monday-Friday at 1:15pm and 6pm on Channel 5, with first-look episodes airing at 6:30pm on 5Star.