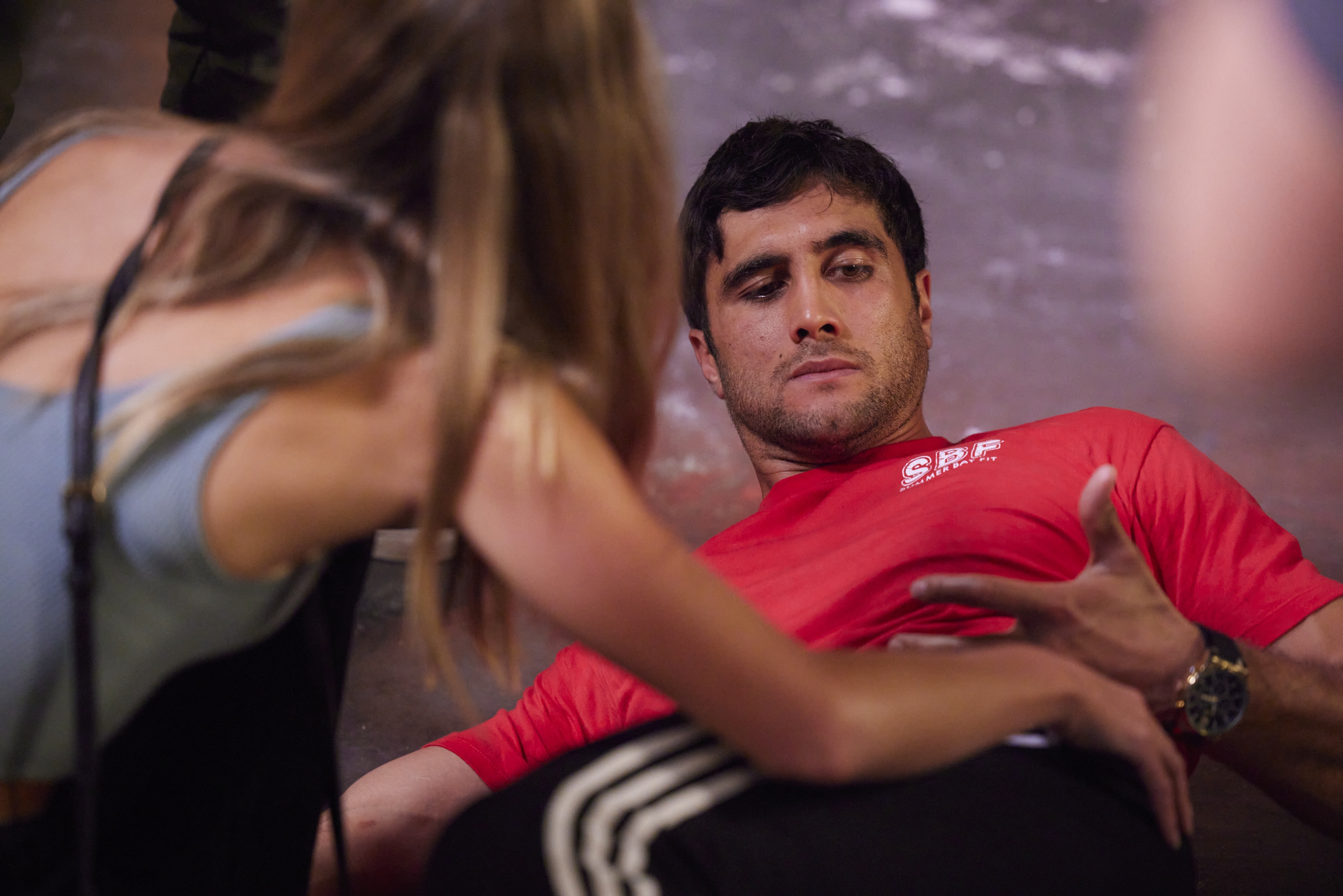 Tane Parata’s (Ethan Browne) life hangs in the balance in Home and Away, after he’s stabbed during a robbery.

Salt is the scene of a devastating crime, as two men march into the building, just as Mackenzie Booth (Emily Weir) is in the process of closing up.

Mac makes herself quite clear when she orders them to leave, but things soon take a turn when one of the men brandishes a knife, showing her that he means business.

Dean Thompson (Patrick O’Connor) instructs Mac to do as they say, and she ultimately listens, as the duo get down on the ground, while the thugs smash the place up.

Tane and Felicity, meanwhile, get involved, as they head to Salt for a nightcap, only to stumble upon the violence.

Without hesitation, Tane swoops into action, tackling one of the criminals to the floor, allowing Dean enough time to take on the other one.

Tragedy, however, strikes shortly afterwards, as Tane is collapsed on the floor, and it soon becomes apparent that he’s been stabbed!

But will he make it out of this alive?

Does Tane die in Home and Away and is star Ethan Browne leaving?

No, Tane doesn’t die, and as far as we know, Ethan is not leaving the show.

Monday’s (June 27) visit to Summer Bay will pick up immediately after the stabbing, with Felicity doing everything she can to stem the blood from the stab wound, while Mac makes it her mission to call for an ambulance.

Dean, however, interjects, reminding her that if they call an ambulance the police will inevitably get involved, which would land her in a whole word of trouble, as the underground Poker operation would be exposed.

‘He’s caught at a crossroads because obviously the smartest choice and the easiest choice to make is to call an ambulance, as anyone would,’ actor Patrick O’Connor told Metro.co.uk.

‘But with that, whoever makes the call is going to have to admit that there’s been illegal activity happening and because Dean’s now at that crossroad, he suggests calling Logan because he’s a doctor.

Logan’s assessment, however, is grim: Tane needs emergency surgery. If he can’t be taken to hospital, Logan will need surgical supplies from the hospital, and thus Dean and Felicity comply with his request.

Tane’s condition does deteriorate at one point, and Logan is forced to perform an emergency blood transfusion. Logan is an O Negative blood type, making him a universal donor, and thus he sacrifices a whole bag of blood, getting Nikau (Kawakawa Fox-Reo) to administer it.

Home and Away air weekdays at 1:15pm on Channel 5, with first look episodes airing at 6:30pm on 5Star.