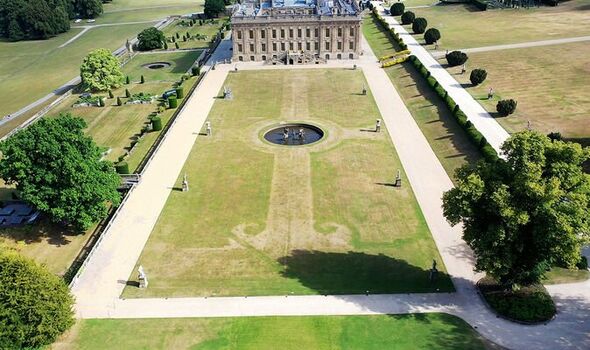 The dried grass of the South Lawn at Chatsworth House, in the Peak District, exposed the remains of the lost Great Parterre. The garden, an arrangement of flowerbeds and paths, was built for the Duke of Devonshire in 1699.

The Parterre, which measures 144 metres by 69 metres, was intended to provide a fitting setting for the south front of the Duke’s palace, reports Yorkshire Live.

It was covered over in 1730 but its outline was revealed again in the heatwave because the grass on the present-day lawn has shorter roots and so burns more quickly. 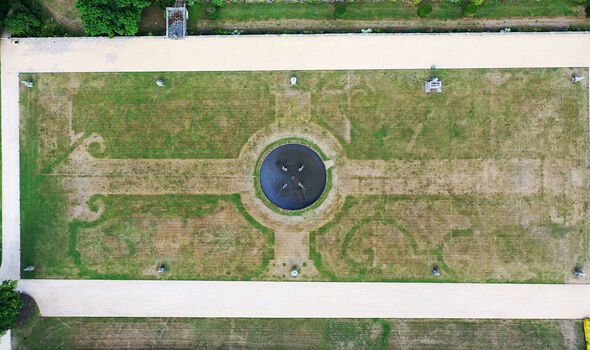 Chatsworth’s head of gardens and landscape Steve Porter, said: “The heatwave has caused us issues elsewhere in the garden but here it has revealed a hidden gem not enjoyed properly for nearly 300 years.

“We knew it was there but of course, it’s normally a green lawn so everything is hidden.

“It is only revealed during periods of extreme heat, so climate change may make that more frequent in the years ahead.

“It will disappear again when temperatures drop and we get more rain but in the meantime, it’s wonderful to get a glimpse back into the past.”

Chatsworth House, which is home to the Devonshire family, has been passed down through 16 generations.

The first house built on the site was constructed in 1549 by Bess of Hardwick and her husband Sir William Cavendish.

Little remains of the original estate, notable for its use as a prison for Mary Queen of Scots, except the Hunting Tower which stands on the hill behind Chatsworth House.

In 1686, the 1st Duke of Devonshire began a re-building programme at the house, constructing most of what survives today.