Naga Munchetty mortified as she laughs at brain cancer joke

When Laura Nuttall was six years old her parents set up a children’s play park, Giddy Kippers, that has become one of the country’s leading indoor play centres. On Boxing Day last year, the day after her 22nd birthday, Laura was among the family and helpers manning the centre for 200 low-income families who were all given a hot Christmas meal and a present. 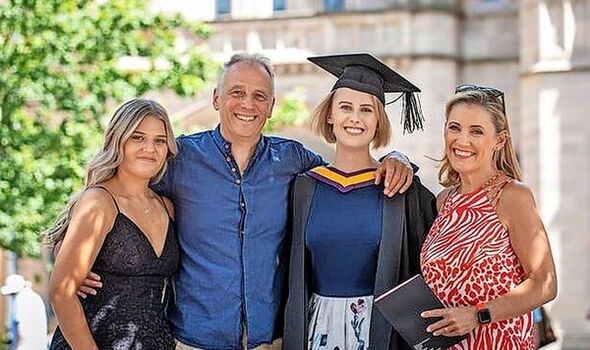 “It was amazing that we could open up and offer food to families who live around us who wouldn’t have had a Christmas otherwise. It was the second time we’d done it and it gave us all such a sense of accomplishment,” says Laura.

What Laura does not mention is that four days earlier she had been in hospital undergoing a craniotomy – a life-threatening surgery to remove a tumour from her brain.

It was the third such procedure she has had since she was given a terminal cancer diagnosis in the autumn of 2018 when she was just 18. Back then, she was told she might have just a year to live. “That was four years ago,” beams Laura. “And I’m still here.”

And how. Laura has just graduated with a 2:1 in politics, philosophy and economics from Manchester University, having initially been told she would never live long enough to complete a degree and should go home and make memories.

Remarkably, in the past four years she has done both – working her way through a particularly epic bucket list of experiences thanks to the devotion of the woman she jokingly calls her PA, her mother Nicola.

“I never really believed that 18 months would be it for me,” says Laura. “And the bucket list is never ending because when it ends, I end.”

She has piloted a Royal Navy ship and read the weather on TV with lockdown BBC weatherman star Owain Wyn Evans, who she says brightens up her day. “I thought it would be quite easy, but it’s really not.”

And she has caught a fish with Paul Whitehouse and Bob Mortimer whose show, Gone Fishing, she has always enjoyed: “They didn’t catch one that day; it was so funny.”

She has been goldpanning, played bass guitar on stage, chatted to human rights activist Malala Yousafzai, met former First Lady Michelle Obama – “she’s amazing, how could you not have her as a role model?” – and taken tea at the Ritz with newscaster Sophie Raworth.

“My mum took up running at the age 39 and has done 22 marathons, including representing England. Mum met Sophie when she was in the same starting pen for the Tokyo marathon.

“We were at the Ritz having sandwiches and Sophie walked in as a surprise. She was allowed in even though she was wearing jeans. The waiters were so nice. You are supposed to get one tower of sandwiches, but they kept giving us more.”

Nicola Nuttall worked in HR at Granada TV for a number of years and it was there she met Laura’s father, Mark, a storyboard artist who became friends with comedian Peter Kay. 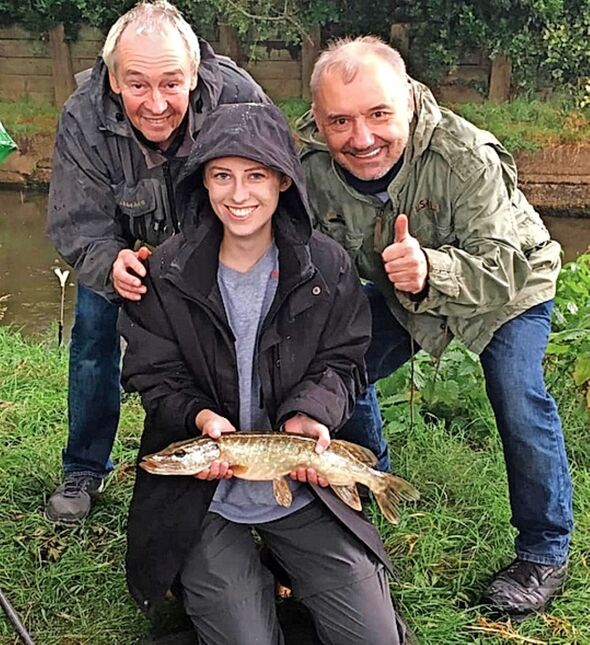 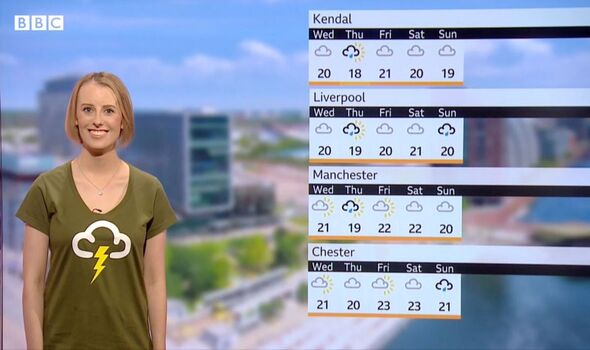 “Dad ended up doing some decorating for Peter, but then they didn’t speak for a while. One day, Peter saw my dad on a BBC news item about my cancer and got in touch to say he wanted to help.”

Tickets to Peter Kay’s fundraiser for Laura, in Manchester last August, sold out in 30 minutes. “Peter pops round for tea. He’s a great man, so funny. It was so kind of him,” says Laura.

Although the family are determined to do all they can to extend Laura’s life and fill it with enriching experiences, they are also committed to helping others. Each time Laura makes a public appearance her mother receives dozens of emails from cancer patients eager for support.

For this reason, she has set up a website offering insight and ideas from her own highly technical research.

“Brain tumours still kill more children and adults under 40 than any other cancer, and there’s no remission and no cure. Not everyone has Peter Kay’s help and Laura wants to help others, which is why she has been an ambassador for The Brain Tumour Charity.” Says Nicola.

“We keep fighting, not just for Laura but for the 32 people, on average, who are diagnosed every day in the UK.” 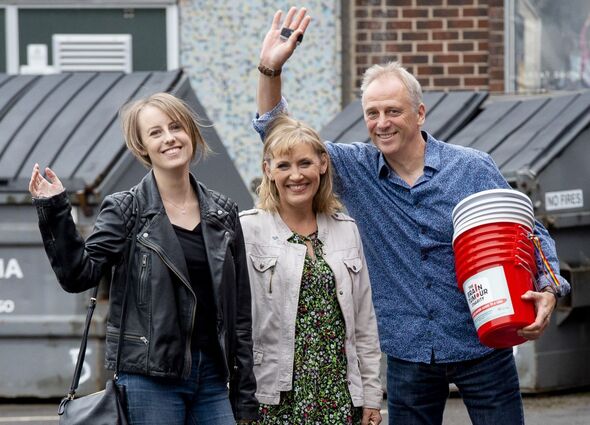 Laura first discovered she had cancer following a routine eye test at King’s College University, London, in her first term studying international relations. With three As at A-level, she was relishing student life when she started to suffer persistent headaches.

Laura joined the University Navy Corps and as part of the process she had a medical. An optician recognised abnormalities behind Laura’s eyes and referred her to Moorfields Eye Hospital.

“As the diligent student she is, she first went back to college to do a presentation on Iraq and then went to hospital where she was immediately referred to a neurologist,” recalls Nicola.

“The next day she became quite sick so her sister Grace and I travelled down to London. We took one look at Laura and took her in a taxi straight to Homerton hospital.”

At 4am their lives changed forever. Following a CT scan, Laura was diagnosed with two brain tumours. An MRI scan found a further four.

“Six weeks after we had helped her get settled into her new university we had the heartbreaking task of packing up and bringing her home again,” adds Nicola. 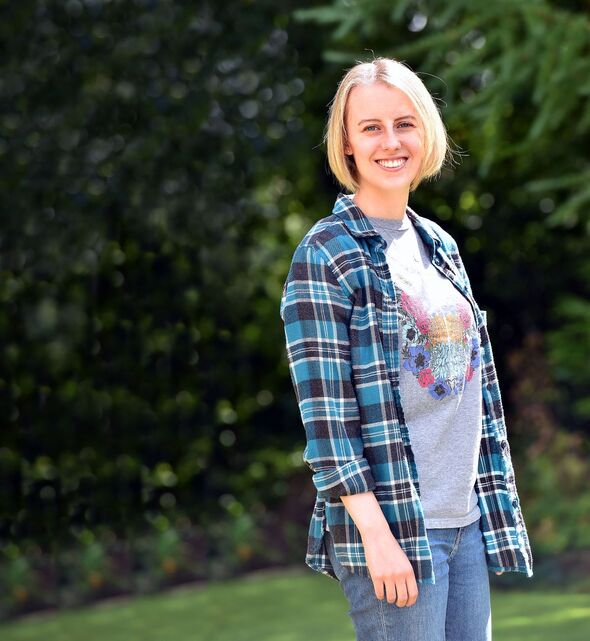 The morning of her brain surgery, at Salford Royal, Laura had a major seizure. “If I wasn’t having the surgery, that would have been the day I died,” says Laura, matter-of-factly.

“As a family, we couldn’t believe that our beautiful intelligent girl with so much life ahead of her was basically facing a death sentence,” says Nicola. “It’s just heartbreaking.”

“The diagnosis of terminal brain cancer gets to me sometimes,” admits Laura. “But I’m healthy, my hair and eyebrows and eyelashes have grown back, and so I look like a normal human.”

Even when all her hair fell out she chose not to wear a wig: “I decided if I was bald I was going to be bald.” The downside was that whenever she entered a room everyone looked at her, so she is pleased she is now less conspicuous. 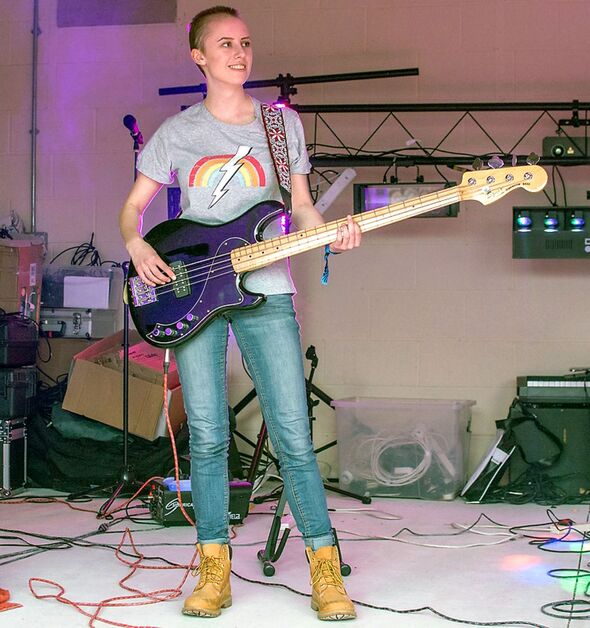 Laura believes her diagnosis has changed her as a person. She explains she was a very anxious child, but since her diagnosis has discovered a new perspective. “I say yes to things. I’ve become more caring and empathic but I’m not living every day as if it is my last. I’m just living.”

When her driving licence was revoked following seizures she decided “to drive everything possible that people would let me”. So far she has piloted a Royal Navy ship, driven motorbikes and a heavy goods vehicle. She has sat at the controls of a bus and a Tube train.

She has had a spin in a tractor and driven a monster truck. “It was amazing using it to go over cars,” she says, still enjoying the memory.

Most recently she drove a tank. “I was taken to this random field, and the Army tank guy said “you drive back”. It was really cool.

“It is difficult to not think “this could be my last day” but I’m privileged to get that feeling now. Many people don’t realise the truth of that until their life is pretty much gone. I know the value of life and I’m not going to spend any time wasting it.”

Thanks to her determination, and the heroic efforts of her indefatigable mother Nicola, Laura has been having cutting-edge treatment in Germany every four to six weeks. 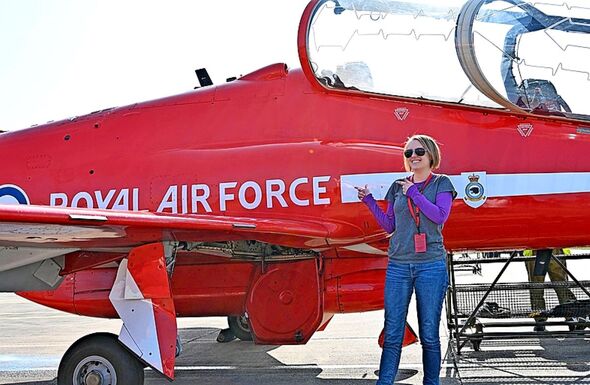 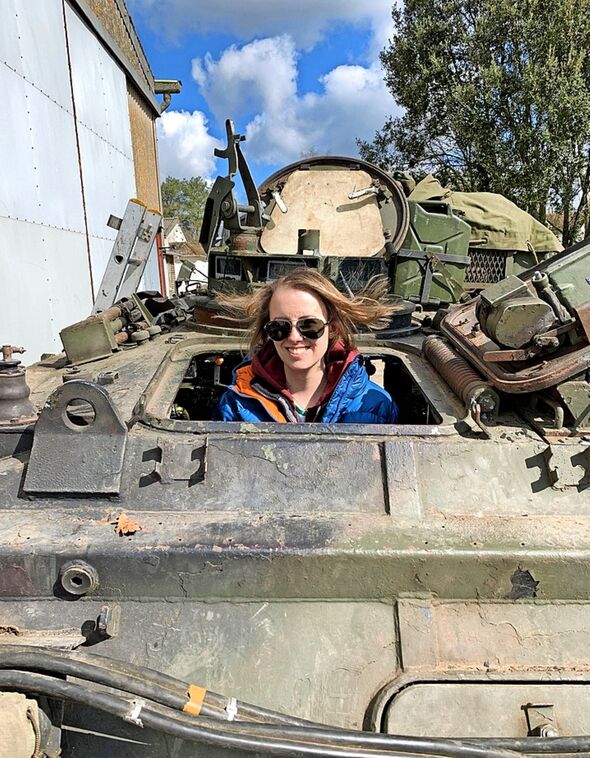 There has been extensive fundraising from friends, family and on the Go Fund Me charitable fundraising site. The immunotherapy she has there, which costs a minimum of £7,000 a month, is not yet available in the UK.

Laura has also received £60,000 vaccines – made from her personal tumour tissue. “This is designed to educate the body’s T-cells so they recognise the cancer cells they need to fight,” says Nicola. “It’s all incredibly expensive, despite the fact that the clinic operates strictly within the German government’s not-for-profit guidelines.”

For five days every month, Laura travels to Cologne to receive treatment; journeys that are buying her the gift of extra time.

“I’m so lucky to have received all these generous donations towards my treatment from people I don’t even know,” says Laura, who recently joined the board of Our Brain Bank, a charity working to turn glioblastoma from terminal to treatable.

Her response has been to double her determination to help others. “I always enjoyed helping out in the community, even before I was diagnosed, and that’s why we decided to open up the play centre. Some people had never received a present before and the look on their faces.”

A little like the look on Laura’s face right now, I would imagine, as she talks about how lucky she is.

Find out more at www.doingitforlaura.com.