Stomach bloating affects most people at some point in their lifetime, according to the NHS. But you could avoid feeling bloated by simply adding more coriander to your diet, it’s been claimed.

But, one of the best and easiest ways to limit your risk of bloating is to eat more coriander, it’s been revealed.

The herb improves digestion, which limits the risk of trapped wind. 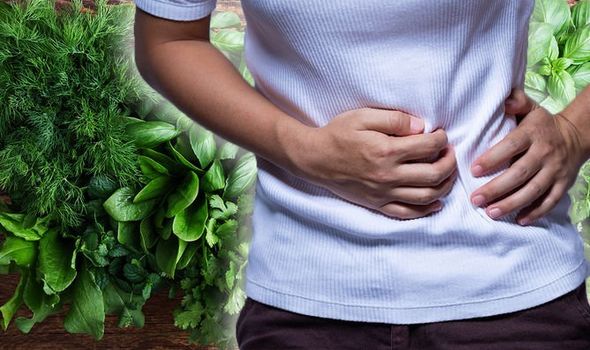 Coriander protects against a number of stomach problems, including heartburn and indigestion.

It stimulates the production of digestive enzymes inside the gut, according to nutritionist Dr Josh Axe.

Adding more coriander to your diet should help to improve your overall digestion, and subsequently relieve bloating pain.

If you’re eating spicy foods, coriander could be added to the dish to prevent bloating from ever developing.

“[Coriander] has been used throughout the world for thousands of years to settle nauseous tummies, prevent gas and bloating, relieve indigestion and heartburn, and ease stomach cramps,” said Dr Axe.

“It aids in efficient digestion, by helping to produce digestive enzymes that aid in the breakdown of foods.

“Hot curry dishes, green chilli, and spicy Thai noodle dishes all are better tolerated by many people with the simple addition of just a touch of fresh chopped [coriander]. This cooling effect can help prevent heartburn after spicy meals.

“If gas or bloating is a problem, try adding chopped [coriander] as a garnish for legume dishes, and to salads.” 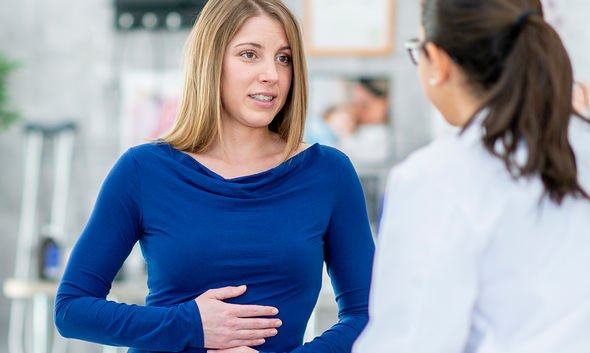 Meanwhile, you could be raising your chances of bloating pain by eating honey.

Honey contains a specific type of sugar that may be causing your trapped wind.

Indigestible sugars, which are known as FODMAPs, are a common culprit for bloating.

They tend to sit in the gut for long periods of time, and provide food for bacteria, which subsequently causes trapped wind.

Honey is rich in FODMAPs, which may be instigating your bloating pain.

Stomach bloating may also be caused by constipation, trapped wind, irritable bowel syndrome, or even by swallowing too much air.

Speak to a doctor if your bloating symptoms don’t go away, said the NHS. It could be caused by something more serious, including ovarian or bowel cancer.