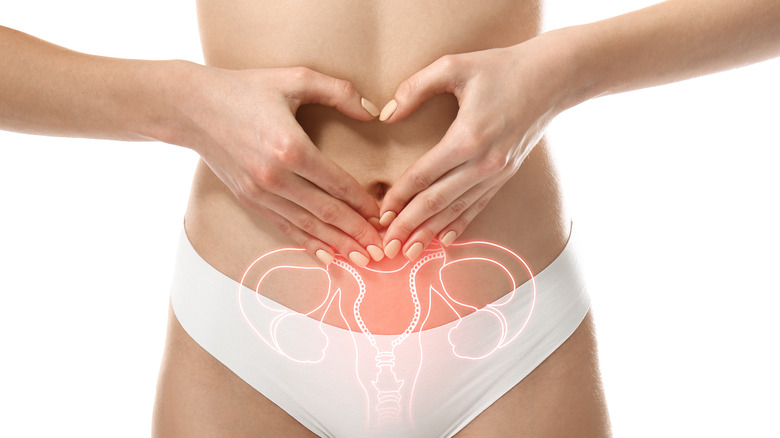 When you think you may be pregnant, you often look for signs before a test could even turn positive, which typically happens when you’re closer to five or even six weeks pregnant. Every twinge you feel might make you believe you’re pregnant, but then you remember the twinges you feel each month just before your menstrual period arrives. Pregnancy symptoms and premenstrual syndrome (PMS) symptoms can often feel quite similar, so how can you tell if you’re pregnant or if your body is just getting ready for your period?

While there are definitely symptoms of PMS and pregnancy that overlap, there are also some symptoms that are specific to one or the other. PMS can either be mild or severe and is caused by changes in hormones throughout your cycle, taking place in the days leading up to your period and sometimes starting as early as a few days after ovulation, when progesterone levels rise in the body and estrogen levels drop (via Hello Clue). If you are pregnant, your progesterone levels will continue to rise and won’t have that quick drop that leads to menstrual bleeding.

So, how do you know if it’s just PMS symptoms or if you’re actually pregnant?

Those telltale signs that you are either pregnant or experiencing PMS 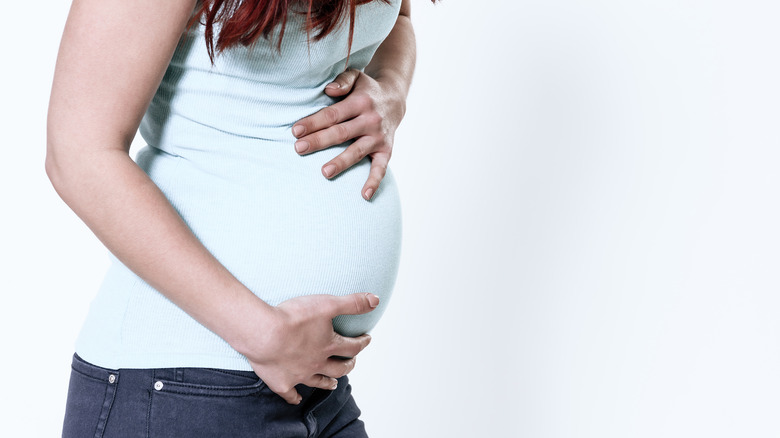 Typical symptoms of PMS include headache, fatigue, digestive issues, and breast tenderness. You can also experience mood swings, increased appetite, and the inability to focus, according to the Mayo Clinic. However, many symptoms of pregnancy don’t happen until a little later, when you’ve already missed your period.

Symptoms of PMS and early pregnancy that can feel similar include breast tenderness and stomach cramping. However, if you’re in the very early stages of pregnancy, you might see a tiny bit of light bleeding that quickly goes away. This is known as implantation bleeding, which occurs when a fertilized egg burrows into the uterine lining. The bleeding is distinctively different from period bleeding, which can start light and get increasingly heavy (via WebMD).

The changes in appetite that occur during both early pregnancy and PMS are also different. If you are pregnant, you might feel nauseous and even vomit, but, if you’re experiencing PMS symptoms, you might want to eat more than usual. Even your breast tenderness will likely feel different depending on whether you are pregnant or not. PMS breasts might feel bumpy and denser, while pregnancy breasts will feel sore and tender if touched, with the pain increasing for weeks as your progesterone continues to rise. PMS breast pain often suddenly stops just before or after your period begins (via Healthline).