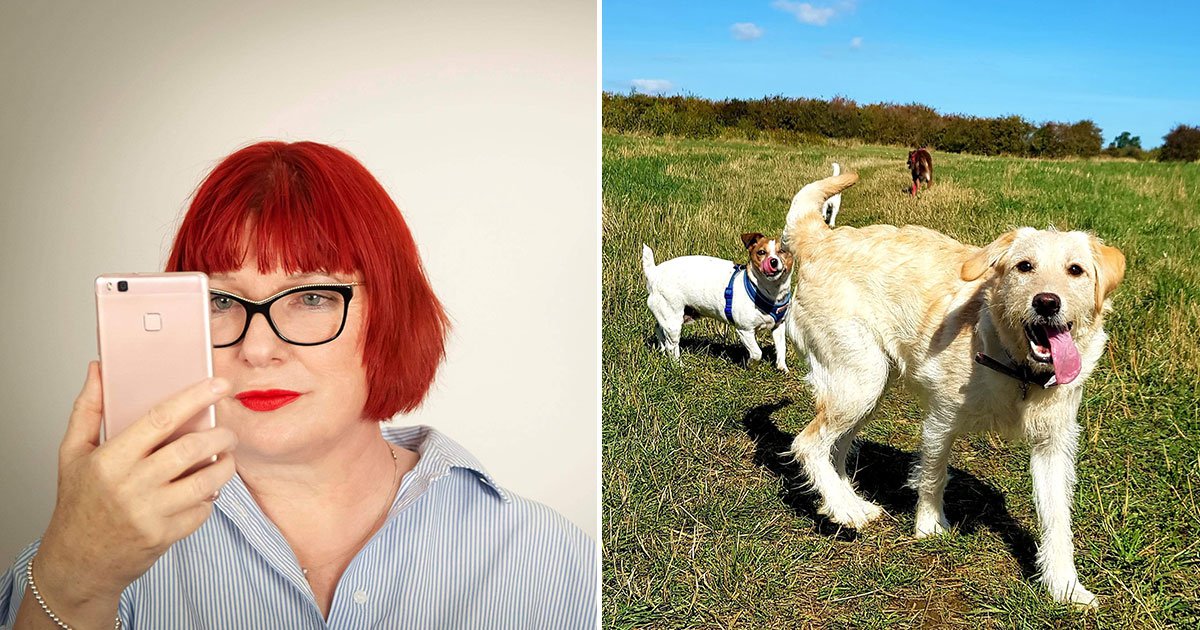 When Ali Harris thinks she’s seen a tractor, her pulse races and her hands shake, fearing that if one comes too close, it will run her over.

The 55-year-old, who lives in the Cotswolds, has been known to do six-mile detours when walking her dogs just to avoid them.

While she’s fine when sighting one in the safety of her own car, if she sees one out and about, it triggers her phobia.

As a result, Ali only walks her dogs, Labrador crosses Ruby and Dot, once a week, leaving the rest of the outings to her husband Chris, 70, who, along with 28-year-old daughter Alix, find Ali’s fear quite amusing.

Ali, a private investigator, said: ‘For some reason, if there’s a tractor in the field, I either run, or I do a detour of six miles right around, so that I’m avoiding the field that the tractor is in. It takes me hours longer to get home.

‘I think they’re going to come and run me over.’

She knows it’s an unusual phobia, but can’t seem to shake it. Her reaction, when seeing or hearing a tractor, remains the same as when she first moved to the Cotswolds, 12 years ago, from Witney, Oxfordshire.

She thinks her fear comes from watching the 1978 version of the thriller film The 39 Steps, where the main character, a spy, is being chased by an aeroplane in a field while trying to escape the police.

She said: ‘I know tractors don’t fly, I’m not that weird, but I just think, “Oh my god they’re going to get me” when I see one – like the guy did in the film with the aeroplane.’

When Ali, who has no other phobias, sees a tractor, she goes into complete panic mode.

She said: ‘My heart starts really pumping and I get really scared. And I’m a little bit shaky until I know that I’m out of the way.

‘When I hear the tractor, that’s the first thing that worries me.

‘I’ve got quite an acute sense of hearing, and I must look like an owl with my head turning round to see if there’s a tractor in any of the fields.

‘So, then I’m scanning around the fields to try and see if there is actually a tractor around.

‘If I see one in the field next to me or actually coming through the gate into the field I’m in, I start talking to my dogs in a high-pitched voice and get them to move with me so we can get away. Or I’ll try to get them under a tree so we’re almost hiding from it.”

Ali has tried to avoid the vehicles by going on walks at different times of the day, but she says it’s ‘unpredictable’ when tractors will be around.

Living in the countryside, Ali comes across tractors regularly on the road, but this doesn’t worry her.

She said: ‘When I’m in the fields I feel quite vulnerable, but I’m fine in the car, I think because I’m in control.’

When Ali explains what has happened to her husband, Chris, who is retired, and her daughter, Alix, they find it funny.

She said: ‘They think it’s really, really weird, they don’t understand it all.’

Ali is not considering getting any professional help with her phobia. She said: ‘I don’t think I’ll ever get hypnotherapy – I just take the dogs out less regularly to avoid seeing a tractor.

‘I see it as a strange quirk in my nature.’