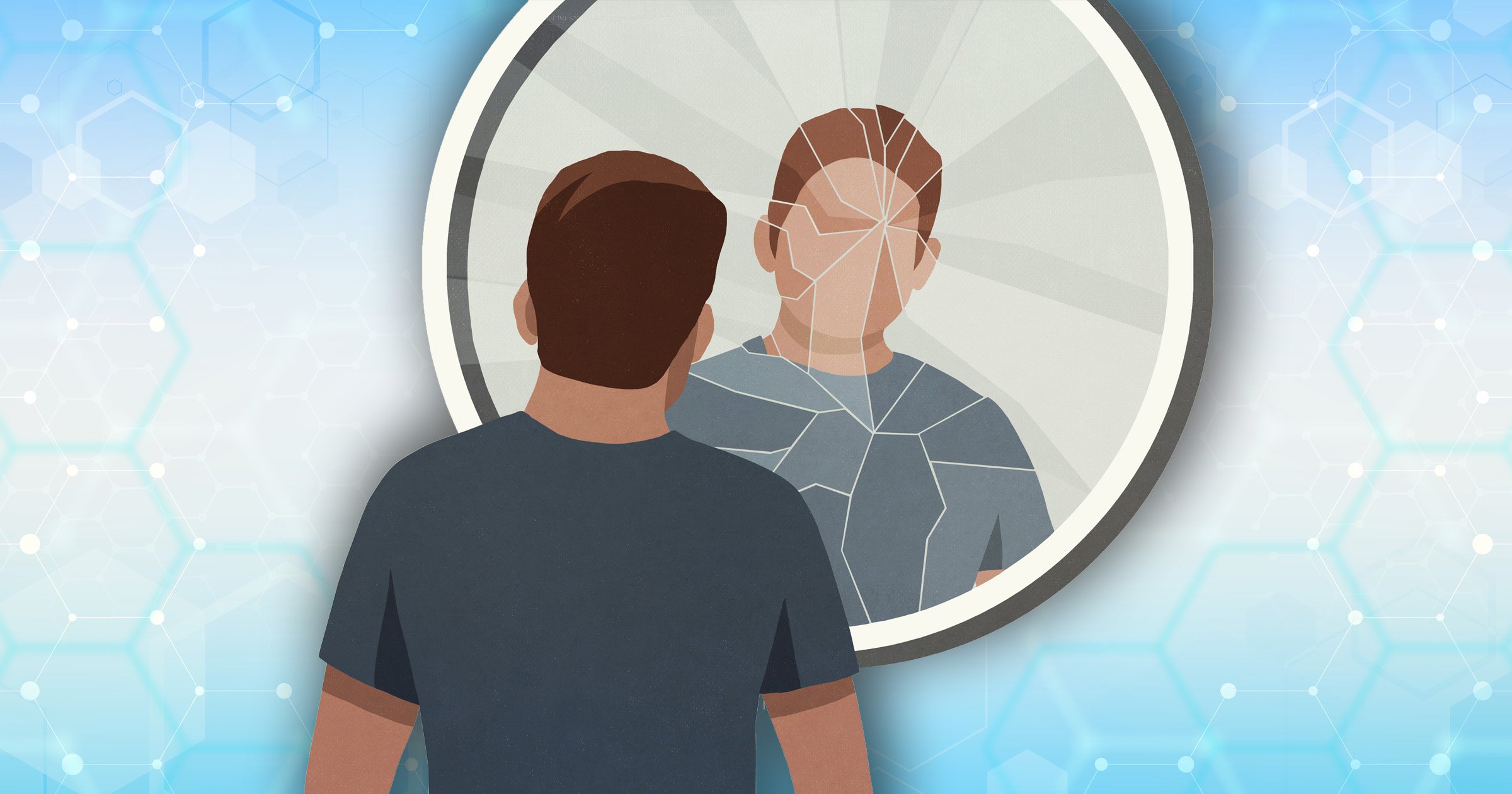 ‘This was the most formative episode of my life,’ says Tom Wyer, a 27-year-old who, around his 26th birthday, was advised it was highly probable he had blood cancer.

He’s at an age at which you could forgive someone for taking their health for granted.

Most 20-somethings, if they’re lucky, don’t undergo any major threats to their life – and so bigger health implications are seldom given deep thought.

This changed however, when Tom was led to believe he had cancer by a cancer doctor.

The specialist was wrong – but it’s changed Tom’s life, and he is still healing from those mental scars.

Tom, who works in law, remembers: ‘I found a lump on my neck and I knew to be worried because it felt markedly different. It was large and hard.’

Knowing there’s a history of cancer in his family, he took it seriously enough to see a GP in February 2021.

‘I went straight away and they weren’t concerned initially, but then I got passed onto an ultrasound where everything changed,’ he says.

‘I had doctors suddenly calling me at home saying I needed to sort this ASAP and it all moved very fast – that was the thing that was scary.

‘I knew it was bad but I also didn’t really believe I was unwell at that point.

‘I then saw a hematologist because the suspicion was I had lymphoma, a form of blood cancer, and I still wasn’t worried at this point – I was even telling jokes in the waiting room.

‘Then the doctor said: “You know why you’re here? You understand that I’m a cancer doctor”, and that kind of floored me.

‘He said – and I remember it so clearly – “It’s highly probable you have cancer and you need to come to terms with that fact”. That’s when I stopped laughing and started believing it.’

Tom came out of the hospital in ‘total shock’, feeling ‘numb’.

‘I called my mum and it was the hardest conversation I’ve ever had – she didn’t even know I’d gone to the doctor.

‘At first I was crying, but it was more that it felt like the floor had fallen out the bottom of my world.

‘I had biopsies which came back inconclusive, so then I needed surgery to remove the lump and test it. I had to wait over a month for this.’

That wait was agonising, but being someone that’s ‘practical’ and not overly expressive of emotion, it appeared on the outside that he was taking this probable news in his stride.

After the procedure took place, Tom was then given another unexpected piece of news that completely turned events on their head once again: he didn’t have cancer, the doctor had been wrong, and he was completely fine.

While to others this might seem a moment of rejoice, Tom – while ‘relieved’ – was also ‘deflated’.

His experience is one that society rarely gives much stock to, as the range of emotions that come with incorrect diagnosis are often ignored. Instead, there is the expectation that someone should feel happy – and that is all.

This isn’t what Tom went through. In reality, it was here the nightmare began to truly take hold.

‘I kind of collapsed and sank, and I felt guilty because people would love to get a call like that – but that only made me feel worse,’ he recalls.

‘Thinking you’re sick then having that flipped on you is good of course, but it also is quite fraught as a situation.’

Plagued with almost-survivor’s guilt, Tom began to think about the people his age who have suffered from cancer.

‘You build up for a fight that never comes and it’s hard to release that energy.

‘Everyone thinks “he’s fine, let’s move on”, but it’s not like that.

‘For me it didn’t stop when I was told everything was fine. All that energy, thinking and preparation needed somewhere to go.’

It’s been a ‘haunting’ experience, and the emotional burden is something he suddenly needed to work through – even if he feels it’s not rational. Those two states of mind can co-exist.

Friends rallied around Tom, but when he was alone at night he began to feel frightened about his health and life more generally.

Prior to this, he’d dealt with depression for his entire adult life and been on and off medication.

The magnitude that mental illness now hit him afresh, with a new potency he hadn’t lived before.

‘I didn’t come out of this with a new lease of life like I thought I’d have, or like TV suggests you’ll have, but instead with all my old paradigms shattered,’ he says.

‘It takes the threat of life ending to make you think, is this all life is?

‘You question your own mortality in a way that a 26 year old normally doesn’t. You ask yourself big questions like “What do I want? How far away am I from achieving it? If I died tomorrow, what would I regret, what would I have wished I’d done?”‘

Tom rightly notes these thoughts aren’t commonplace at such a young age – and that can completely throw a person, especially as most peers won’t be able to relate.

‘I couldn’t just carry on the way I did before this, because it was like I was sleep walking then – and now I was awake.

‘It makes you hungry for something more,’ he says, as he discovered he wasn’t fulfilled, rather deeply unhappy.

‘Nothing has been the same since. I feel like I’ve aged immeasurably, lost a lot, I feel tired and I lack energy, and I often feel like I shell of who I used to be.

‘I used to hold these things very lightly, like a 26 year old would, but now it’s very hard to do that. I’m more wary now.

‘I can’t enjoy the fraff so much as I used to. I feel this impending march of time.’

Everything Tom does now feels weighted with the idea that things have to be moving towards bigger goals and have deeper meaning. Room for frivolity has gone.

Even now, nearly two years later, he is still coping with these thoughts, and doing practical things, such as highly considering his diet and exercise regime in order to stay healthy.

Ultimately, this heavy suggestion of cancer has brought mental health issues to the forefront of his mind and a sense of complete exhaustion, thinking he’d have to fight something that wasn’t ever there.

She says undergoing a health scare or issue early on in life can have a ‘detrimental’ impact on the person, as they have a ‘stark reminder’ of how soon life could end.

‘In our youth, we tend to have very little concept of our own mortality,’ she explains.

‘Most of us at this stage can also put our bodies through quite a lot (late nights, drinking, over exercising) without appearing to experience much in the way of consequences.

‘A health scare is a reminder that we are not going to live forever, and that our bodies do need to be taken care of.

‘Whilst we are all aware on some level, that one day we will die, the only way of functioning on a day to day basis for many of us is not to focus too deeply or frequently on this.

‘A health scare forces us to confront our own fragility and even contemplate whether we might want or need to make some life changes.

‘These changes may be related to how we care for our physical health, but we might also re-evaluate our priorities, the way we live our lives and even how we conduct our relationships.’

This rings true to parts of Tom’s experience.

Out of the shadows, he has been able to foster some light, however – re-evaluating some aspects of his life for the better.

First, he reflected on a past relationship and tied up loose ends that had always pained him, making peace with a former partner.

Then he went on to sign up for a charity boxing match – having never boxed before.

Helping him ‘find purpose’, his actions also helped plenty of others as he raised a total of £5,500 last year for CALM (Campaign Against Living Miserably) and Cancer Research.

Another lesson he’s learnt is to talk to his friends about mental health, pushing past patriarchal masculine values, as he’s always felt ‘we’re taught this makes you less like men’. Up until this point, many of his close friends had no idea of his struggles with depression.

Though nothing can pacify the aftermath of Tom’s wrongful medical advice, these things have helped him feel ‘stronger’ once again.

If you’ve been affected by the issues raised in this story, you can reach out to CALM for support and advice.