Clare Balding, 48, was told she had thyroid cancer back in 2009, a diagnosis which shocked the presenter. Clare revealed she had her thyroid gland removed and underwent radioactive iodine treatment to help cure her.

In 2011, Clare gave an update on BBC Radio 2’s French and Saunders programme, revealing she had been given the all-clear for thyroid cancer.

Clare said that she needed no more treatment since having a lymph node removed before Christmas.

Clare added: “I had to have a little operation just before Christmas to take out a nasty little lymph node and there was a worry that I might have to have treatment.

“But I had a lovely letter from my oncologist just after Christmas saying, ‘Hurrah, no more treatment’, so I am very happy about that.” 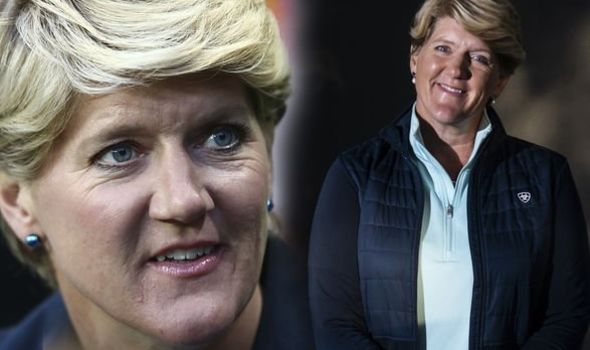 What is thyroid cancer?

According to the NHS, thyroid cancer is a rare type of cancer that affects the thyroid gland, a small gland at the base of the neck that produces hormones.

It continued: “It’s most common in people in their 30s and those over the age of 60 and women are two to three times more likely to develop it than men.

“Thyroid cancer is usually treatable and in many cases can be cured completely, although it can sometimes come back after treatment.”

Who is at risk?

Although it is not known what causes most thyroid cancers, there are some factors that might increase a person’s risk of developing it.

According to Cancer Research UK, the risk of developing thyroid cancer is estimated to be four times higher for people with a first degree relative with thyroid cancer, than people in the general population.

Thyroid cancer is also more common in people who had radiotherapy treatment, particularly in people treated with radiotherapy when they were children, explains the charity. 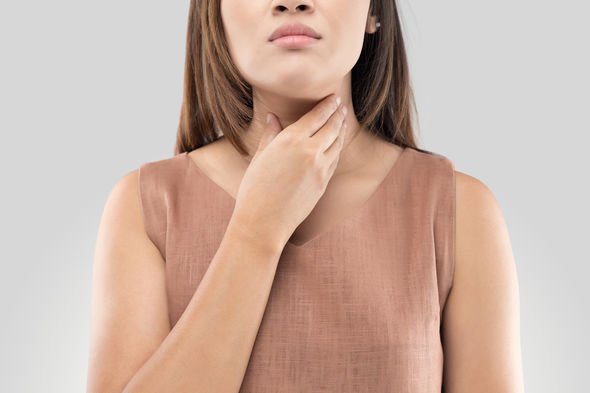 There are five main symptoms of thyroid cancer, according to the NHS.

Swollen glands in the neck

Unexplained hoarseness that doesn’t get better after a few weeks

A sore throat that doesn’t get better

It further advises: “See your GP if you have symptoms of thyroid cancer.

“The symptoms can be caused by less serious causes, such as an enlarged thyroid, so its important to get them checked out.”

Treatment depends on the type of thyroid cancer you have

A thyroidectomy – surgery to remove part or all of the thyroid