There has been much rancour between the EU and Britain after countries in the union paused the rollout of the Oxford AstraZeneca vaccine due to fears of blood clotting. A new study deals a decisive blow to these fears. Research involving more than 30,000 participants revealed the jab was 79 per cent effective at preventing symptomatic COVID-19 and 100 per cent effective at preventing severe illness and hospitalisation. Crucially, scientists found no blood clot issues in study participants.

The findings shore up statements released by reputable health bodies, such as the UK’s drug regulator MHRA.

For the study, researchers recruited 32,449 participants in the US, Chile and Peru – 20,000 of whom were given the vaccine, with the rest given dummy jabs.

Other encouraging findings came to light too. Researchers found the vaccine was effective in all ages, including the over 65s. 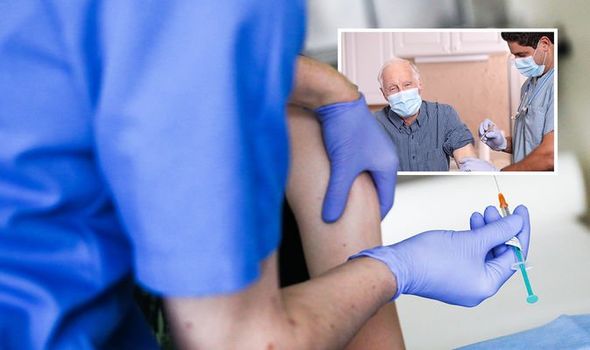 Delaying the second dose beyond four weeks also has the potential to improve efficacy, the study suggests.

The degree of effectiveness for the jab was even higher than observed in the Oxford-led clinical trials.

This is crucial because much of initial reluctance to use the AstraZeneca vaccine stemmed from the vaccine’s supposed inferiority to other vaccines.

The early full trial data released in December suggested the vaccine was 90 per cent effective in a small group who got a half-dose first, and only 62 per cent in the main study group.

An independent data safety monitoring board (DSMB) which assessed the new US data identified no safety concerns related to the vaccine.

It conducted a specific review of thrombotic events, as well as cerebral venous sinus thrombosis (CVST) – the specific type of brain blood clot that has been troubling Europe.

The DSMB found no increased risk of thrombosis among the 21,583 participants receiving at least one dose of the vaccine.

The specific search for CVST found no cases in this trial.