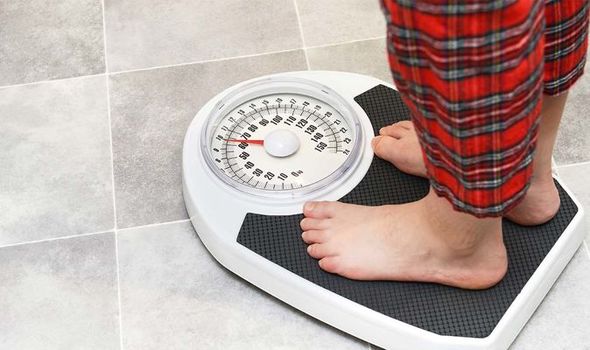 The latest round of the National Child Measurement Programme in England showed the biggest yearon-year increase since it started 15 years ago. Professor Stephen Powis, NHS England’s national medical director, warned the sharp increase must be tackled urgently to prevent levels of disease soaring in later life.

He said: “These figures are disturbing. Obesity has severe consequences – causing a range of serious conditions from liver problems to Type 2 diabetes and even cancer.”

It was even higher in the most deprived areas where a third were obese, compared to 14.3 per cent in the most affluent locations.

One in seven children is obese by the time they start primary, after rates among Reception pupils aged four to five jumped by almost half from 9.9 per cent to 14.4 per cent.

NHS Digital published data that showed 40.9 per cent of Year 6 and 27.7 per cent of Reception pupils fell into either the overweight or obese categories. Dr Max Davie, of the Royal College of Paediatrics and Child Health, said: “While lockdown may have been a key factor, we mustn’t assume these results are an aberration – since there may be other factors, including mental health difficulties.”

Dr Jyotsna Vohra, director of policy at the Royal Society for Public Health, flagged up how inequalities were compounding the problem, adding: “It is unacceptable children in our most deprived areas are more than twice as likely to be obese.”

The shocking figures come as NHS England announced the launch of 15 specialist clinics to help a thousand children with severe obesity lose weight per year.

Tam Fry, chairman of the National Obesity Forum, fears they will not be enough and said of the figures: “They will likely end any hope that the Government’s target to halve child obesity by 2030 will be met.”

But Nikki Joule, of Diabetes UK, said: “We hope these clinics will target those most in need of support.”