Sure, the holidays are filled with cheer and joy and gifts and magic, but if you’re the one hosting friends and family while trying to soak up all of that magic and joy, you’re more than likely also stressed to the max. Hosting is hard work but just like with anything else, there are tips and tricks that can not only make the experience easier but actually enjoyable. Because all of the extra cooking is one of the hardest parts of hosting, we turned to a true food expert for advice on how to host a big crowd during the holidays and still have a good time.

Tieghan Gerard didn’t grow up with dreams of becoming a cookbook author or the creator of one of the most popular food blogs on the internet. In fact, she initially wanted to be a fashion designer. But after moving to L.A. and deciding the fashion designer life was not for her, Gerard returned to her home state of Colorado where her mom suggested she try creating a food blog and that’s when Half Baked Harvest was born. Gerard spent her childhood cooking creative meals for her large family so the transition to writing her own recipes and publishing them online was a natural fit for Gerard. “I’m from a big family and dinners were a little bit chaotic. So eventually, I started cooking for everyone,” Gerard exclusively told SheKnows. “I really must have enjoyed the process of it all because I stuck with it and, you know, kind of did it every night and really enjoyed making certain foods for different people, and enjoyed being able to make them happy.”

Half Baked Harvest quickly grew into an online sensation and Gerard started appearing on shows like LIVE with Kelly & Ryan and The Drew Barrymore show, as well as being featured in countless online publications like SheKnows, Glamour, and People. Half Baked Harvest just celebrated its 10th anniversary and Gerard also recently became a best-selling author with the release of her first cookbook, Half Baked Harvest Every Day: Recipes for Balanced, Flexible, Feel-Good Meals. 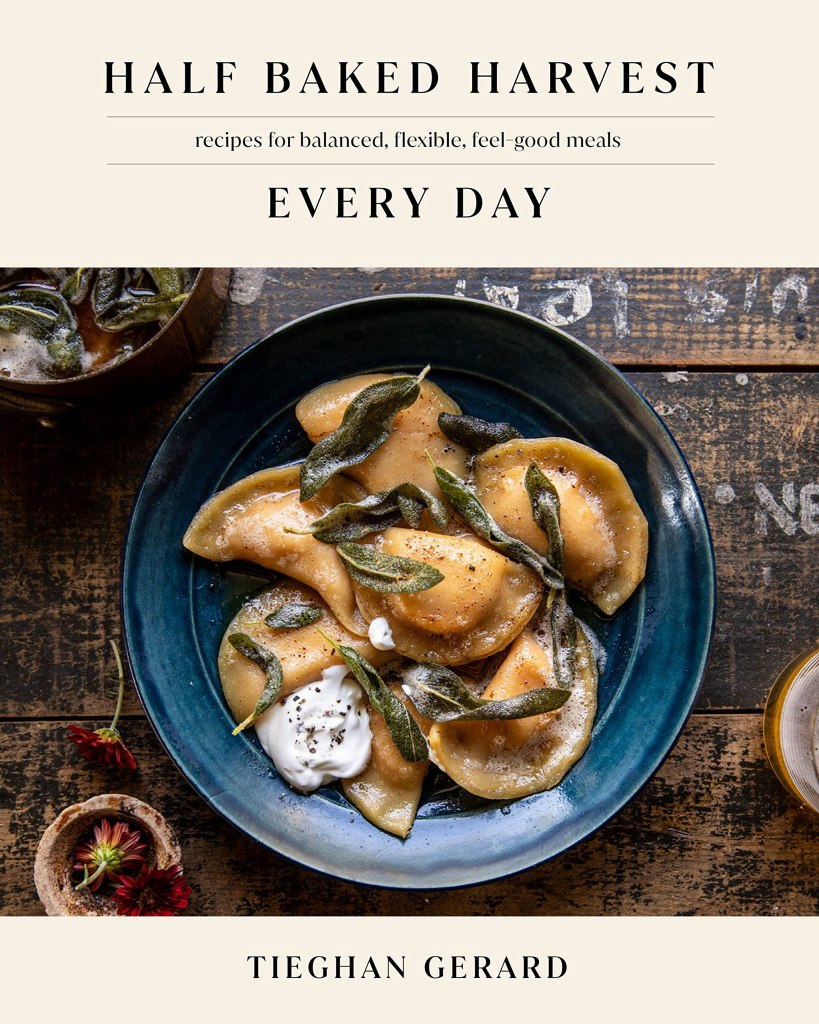 'Half Baked Harvest Every Day;

So what is someone like Tieghan Gerard’s number one tip for holiday hosting? Plan ahead.

The best way to save time is to make main courses ahead of time. Gerard suggests making something relatively easy like a lasagna when she’s preparing to feed a big crowd. “I always do lasagna for a large group just because you can do multiples and you can make them completely ahead of time,” Gerard advised. “You can do like a meat lasagna, you can do a white vegetarian lasagna, you could even do one gluten-free if you need to, you can really adapt them. And I love that because you can make them completely in advance and have them baking in the oven when people are arriving at your house so your kitchen smells incredible.”

If you’re in need of a good lasagna recipe that you can make ahead of time, check out Gerard’s roasted butternut squash and spinach lasagna here. 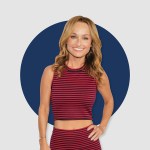 To complete the meal, Gerard also suggested making a quick salad and warming up some bread right before the lasagna is ready.

Stock up on Pantry Staples

If your guests are staying for a couple of days, you probably won’t have the freezer space to make every main course ahead of time. That’s why stocking your pantry with basic staples that can be used to make a wide variety of different meals is also important. “Things like tomato paste and canned tomatoes, I always keep stocked during the holidays,” Gerard said. She also added that she buys extra pasta, rice, herbs, garlic, and onions because these items can be used to make a quick pasta sauce, soup or chili and won’t keep you stuck in the kitchen for hours.

Stock Your Fridge While You’re at It

The pantry isn’t the only place that could use a little sprucing up before guests arrive. “My refrigerator is always stocked with cheese, butter, eggs, heavy cream — you know, all of the essentials,” Gerard said. “I really stock up on all those things that you can use to create sauces and simple dinners.”

Make Breakfast Ahead of Time Too

Sure the big turkey or ham dinner gets most of the attention but holiday morning breakfasts are important too. And just like dinner, Gerard suggests making this ahead of time too if you can. “I love to do things like cinnamon rolls or french toast or something you can make ahead and then just have it baking when people are waking up,” she explained. “I think that’s really nice.”

We suggest trying something like Gerard’s showstopping recipe for a make-ahead raspberry rose French toast bake that’s sure to wow guests. You can find the recipe on Half Baked Harvest.

You may assume that you have to plan extravagant dishes and then hit up every specialty grocer in your town to make sure you’re getting the best and most unique ingredients for those dishes, but Gerard suggests resisting the urge to go gourmet. “I try to stick to stores like Whole Foods and Trader Joe’s and my local grocery store, which is a Kroger,” Gerard explained. “I shop off of Amazon a little bit and Target, especially, is a staple for us because you can just drive up to pick up your order. I actually try to shop stores that are efficient and not necessarily specialty.”

Gerard applies the same philosophy to her cookware. “I keep it really simple with cookware. I pretty much only cook with cast iron. There’s truly nothing you can’t cook in cast iron,” she said. Gerard recommended two brands of cast iron: Lodge for a more budget-friendly option and Staub for the more gourmet option. Both brands are available to shop right on Amazon. 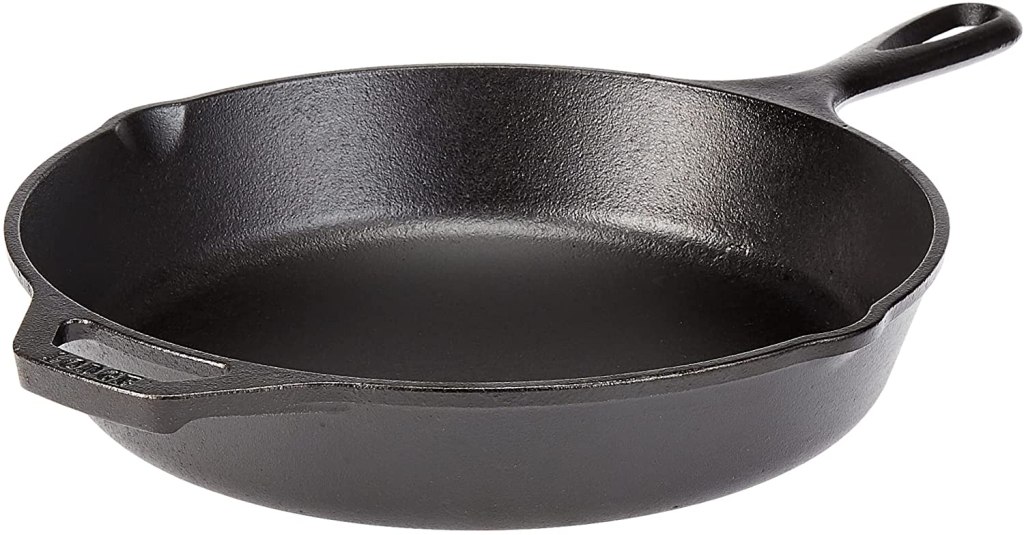 Gerard’s final tip? Always light a candle. “I would highly recommend the candle that I just launched with Snif, the pumpkin smash candle,” Gerard added. “Having a candle lit creates a really cozy and inviting space for people to walk into, which I think is really the most important thing when you’re entertaining.” 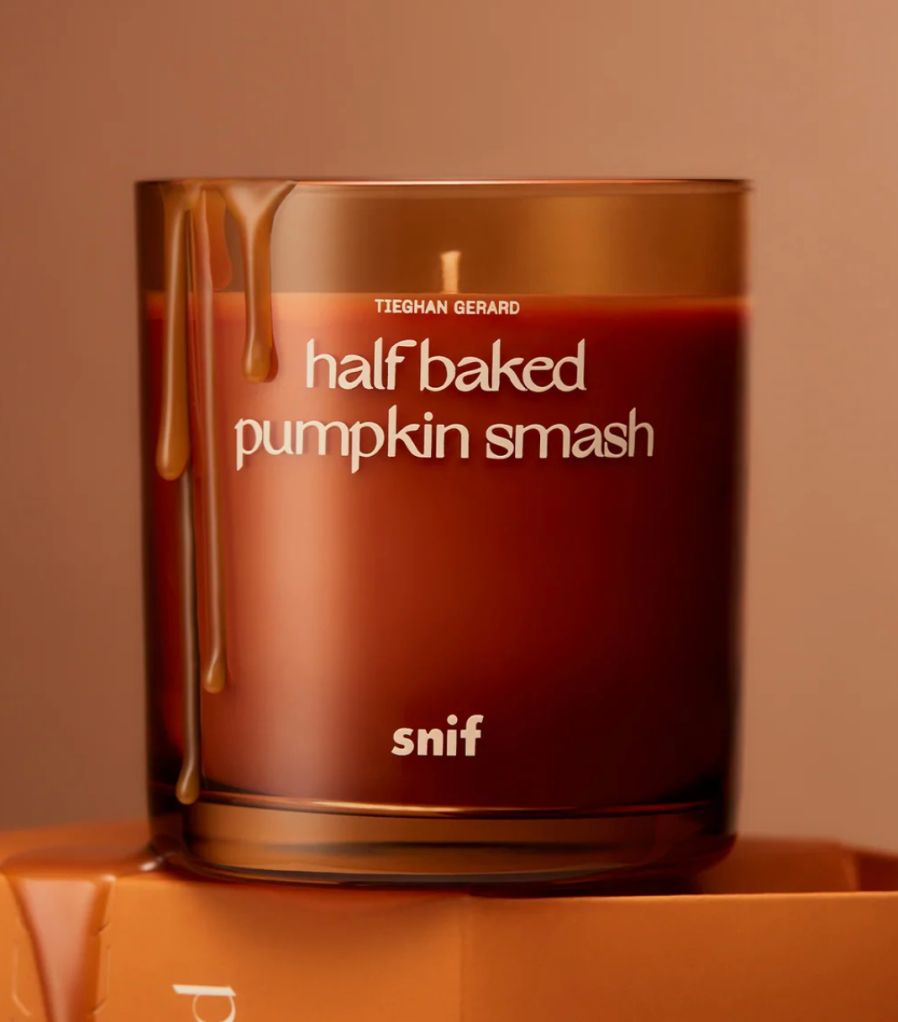