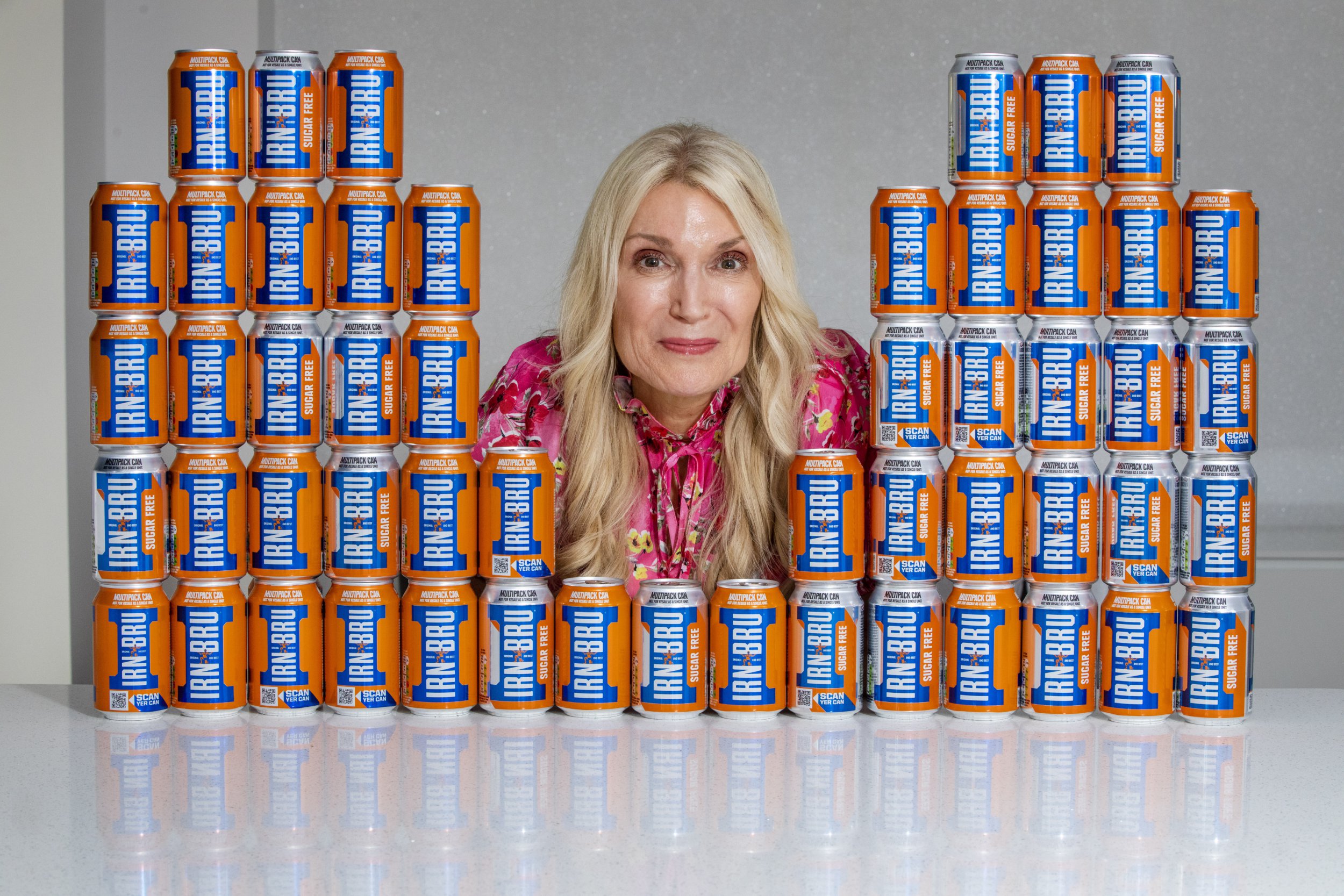 A woman has finally kicked a 25-year-long Iru-Bru addiction, which saw her drinking 20 cans a day, with the help of hypnosis.

Carole Lamond, 57, first got a taste for Scottish fizzy drink when she was a child living in Glasgow before she moved down to live in London.

When she moved back to her home country 25 years ago, she started downing several cans of the fizzy drink every day.

But as she was working from home during lockdown, the HR manager’s addiction got out of control.

Soon, she was drinking a whopping 20 cans a day.

Carole hid the evidence around her home so her husband, William, wouldn’t see how bad things had become.

In total, during two years of lockdown and Covid restrictions, Carole drank nearly 15,000 cans of Irn-Brus.

Carole said: ‘We could have bought several family holidays for the money I was spending. My recycling bin was overflowing each week with cans of Irn-Bru.

‘I would even take secret trips to the dump to dispose of the empty cans. I was like a drug addict trying to conceal my problem. I was literally chain drinking it.’

Things took a serious turn when the mum-of-one was hospitalised in June this year after suffering dizzy spells, fainting and heart palpitations.

Doctors first worried that Carole had suffered a stroke, and she was even sent for CT scans to see if she had a brain tumour.

Carole, of Glasgow, said: ‘It was the wake-up call I needed really. I knew the amount of Irn-Bru I was drinking had something to do with it.

‘I’d had spells of dizziness and fainting, and they couldn’t find anything wrong, although they suspected a stroke at first.

‘I even had scans for a brain tumour which is pretty scary, but I knew that drinking all this Irn-Bru was to blame.

‘We always had Irn-Bru in the house when I was a little girl as my mum would drink it. It is the Scottish national drink after all.

‘But when I moved away to London for several years you couldn’t get it down south, so it never became an issue again until about 25 years ago when I moved back.

‘I would drink several cans a day but at that point, it wasn’t really an addiction, more of a habit. I just loved the taste of it.

‘But then during lockdown, it just seemed to get out of control. I was cracking a can at 8am in the morning, drinking them all day and having one before bed.

‘I would have around 20 cans a day and that continued throughout the duration of the pandemic. I tried to cut down and even went cold turkey but began suffering from crippling headaches. I was displaying all the symptoms of an addict.

‘I was hiding cans from my husband in the garage, the car and cupboards I knew he wouldn’t go into. I’d drink one and replace it, so it looked like I hadn’t drunk it.

‘I had become dependent on it. I would go to Tesco and buy stacks of 24-can pallets. It was embarrassing for me, but I couldn’t stop.

‘It had to be cans rather than bottles, it was everything from the sound of the can cracking opening to the feel of the aluminium and bubbles. It was bizarre looking back.

‘I’m only 5ft and weigh seven stone, so I must have looked a right sight with a boot full of Irn-Bru. It never became about a weight issue, the rest of my diet and exercise has always been fine, but it soon became a health issue.’

After doctors told her she needed to cut down on her can habit and have no more than one Irn-Bru a day, Carole enlisted the help of London-based therapist and hypnotist David Kilmurry.

And after one full hypnotherapy session and a follow-up meeting four weeks ago, Carole hasn’t gone near the stuff.

She said: ‘I was really sceptical at first as I never really believed in hypnotherapy, but I was willing to give anything a try, and incredibly it worked for me.

‘Now I just don’t want to go anywhere near Irn-Bru, even the smell puts me off and makes me feel sick. I can’t thank David enough.’

David said: ‘Since having her last drink three weeks ago Carole suffered severe migraines and had two days in bed and the first day off work in four years due to the sugar withdrawal.

‘Carole used to pour Irn-Bru into a mug to get her sugar addiction appeased if she was in public.

‘Sugar addiction leads to diabetes, cancers and heart disease and is one of the biggest causes of death in the western world.

‘I treated Carole with some very strong aversion therapy which creates a disgusting taste just at the thought of drinking Irn-Bru or chocolate to conclude our hypnotism sessions.

‘I’m delighted she has finally kicked this awful addiction.’