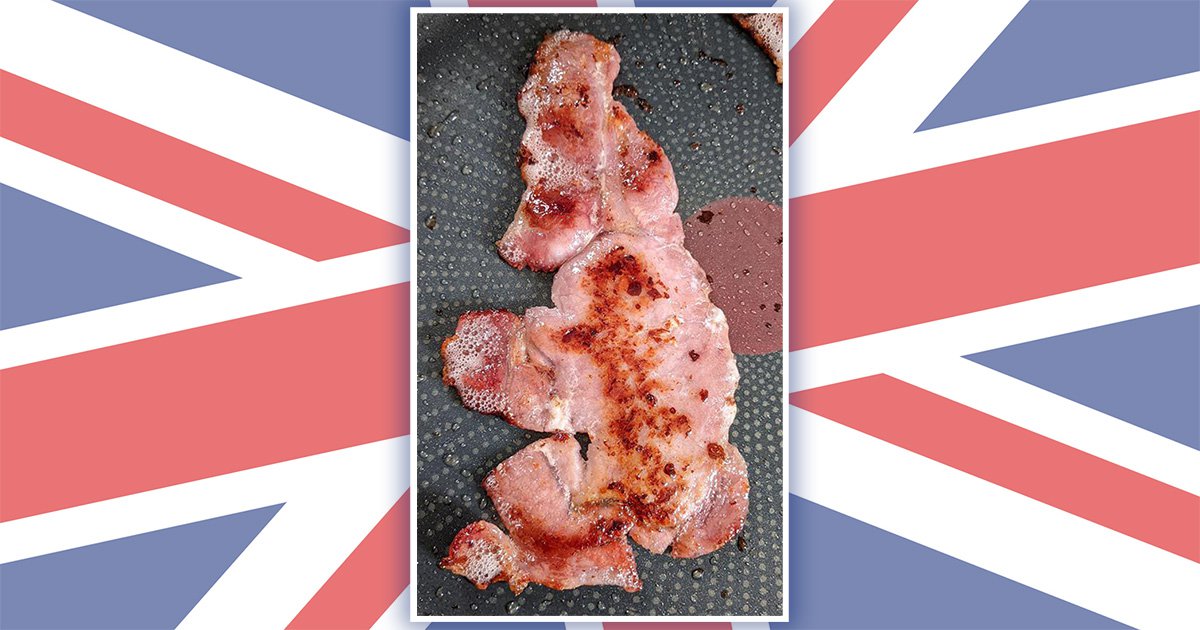 If we’ve learnt anything over the past few years, it’s that some of the most remarkable things can happen in the kitchen.

One woman found an entire fried potato in her packet of Kettle Chips, while someone else discovered his slice of toast to have a striking resemblance to Jesus.

Another man also found a ‘mutant’ five-inch crisp in his cheese and onion Aldi snack.

But now another individual is adding to the list of bizarre foodie happenings.

A man has taken to Reddit to share his unusual culinary creation: a bacon rasher that perfectly forms the shape of the UK.

If we’re getting into specifics, the outline varies only slightly from the actual shape.

So while the crispy rasher shows off Wales, it’s clear that East Anglia appears to be sliced off a little.

Sharing his food with the online platform, user u/Daedeluss said: ‘My bacon looks a bit like the UK.’

Many others agreed with him – adding that it certainly shared a likeness to its current heatwave state, with one person commenting: ‘Pink and slightly burnt. Yep, probably how most of the UK looks after yesterday.’

Another joked: ‘We are going to need a new anthem. Land of hog and glory?’

While some were quick to share the other shapes they thought the rasher looked like – with a kangaroo and a bear among some of the popular suggestions.