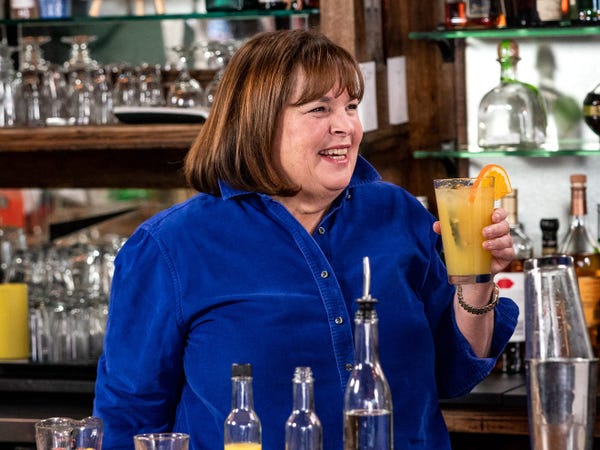 From making supersized cosmopolitans at 9 a.m. to whipping up Emily Blunt's famous roasted potatoes, Ina Garten has definitely been keeping busy in the kitchen over these last few months.

And the "Barefoot Contessa" star, who released her new cookbook "Modern Comfort Food" on Tuesday, revealed that she's finally getting tired of cleaning up after all that cooking.

"If you're not sick of unloading the dishwasher, could you please unload mine?" she wrote in the caption of her most recent Instagram post.

If you’re not sick of unloading the dishwasher, could you please come unload mine??

But it was the actual picture of Garten's dishwasher that caught her fans' attention. Many noticed that Garten had her knives inside, which some experts have claimed is a cookware sin.

"Knives in the dishwasher! Doesn't damage them?" one Instagram user asked.

"Would love to know Ina's approach on All-Clad and knives in the dishwasher," another added, referring to the popular US cookware manufacturer.

Garten heard her fans' questions loud and clear, and made sure to respond in the comments.

One follower said she had always thought that knives and All-Clad in the dishwasher was "a big no no," but Garten was unfazed.

Garten's advice excited many of her fans, with one even claiming that she had saved them "years of relationship counseling."

"My mom would kill me, but now that I have your approval that's all I need!" another comment read.

But Garten's remarks also stirred up some debate within her Instagram comments, as some questioned if everything really could go straight in the dishwasher.

"This is absolutely the most shocking and revolutionary Instagram post in a long time!" one fan wrote.

Garten later added that she would not put cast iron pans in the dishwasher, or wooden cutting boards.

Many of Garten's fans — including "The Good Wife" star Julianna Margulies — agreed that they were tired of doing the dishes.

"So sick of it!" Margulies wrote in the comments.

"And it never ends!" Garten added.

But when one follower asked why Jeffrey, Garten's husband, didn't help load the dishwasher at home, she revealed there was a special reason why.