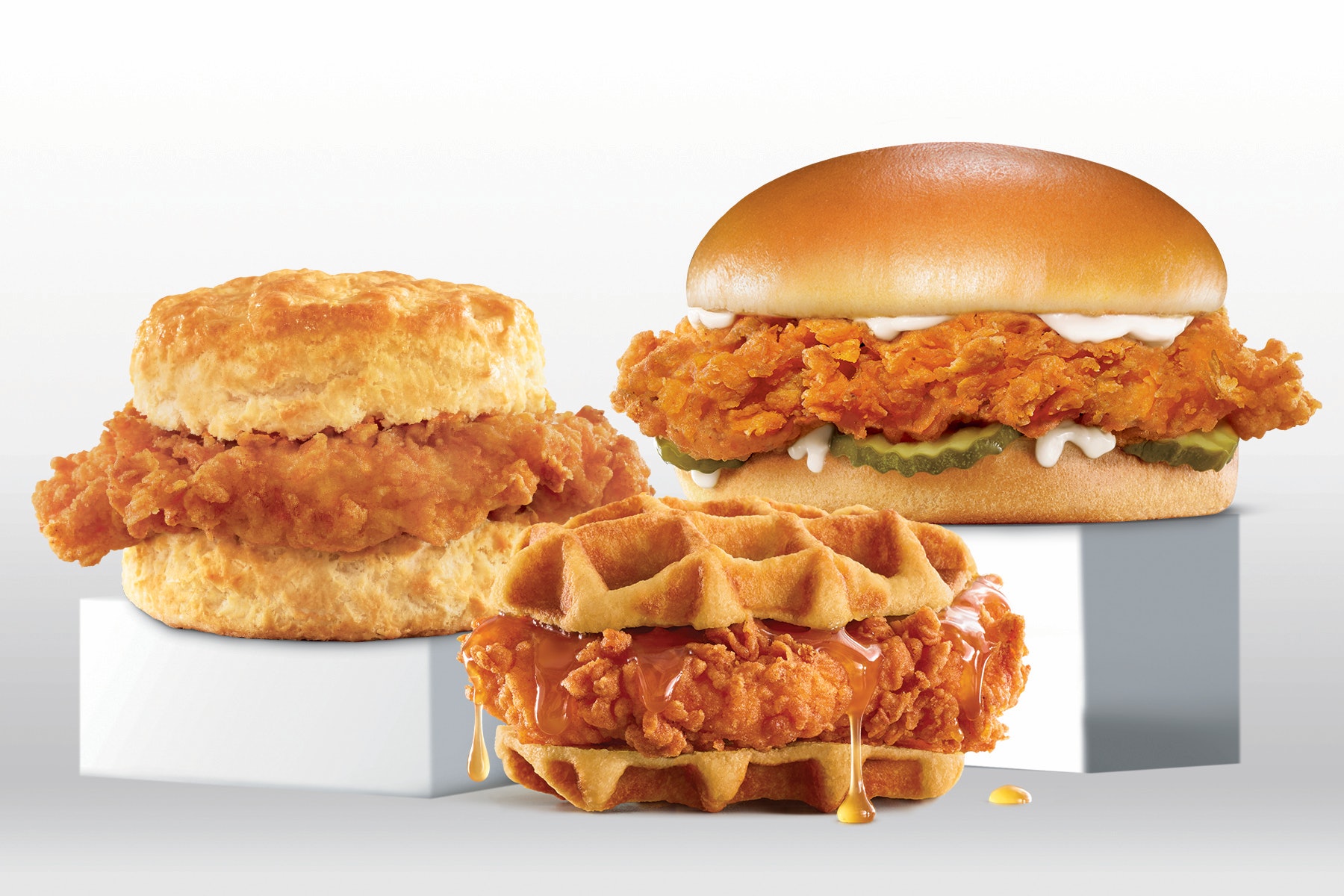 Hardee’s and Car’s Jr. unveiled their Hand-Breaded Chicken Sandwich menu on May 17, the same day it launched at nationwide restaurants. The lineup, which has three new chicken sandwiches, puts a spin on the brand’s Hand-Breaded Chicken Tenders. ICYDK, the chicken tenders were released in 2010 and quickly became a fan-favorite.

Like the OG menu item, the new Hand-Breaded Chicken Sandwiches feature juicy chicken meat with a crispy exterior. To prepare the chicken, the brand marinates an all white chicken breast filet in 13 seasonings. The filet is then dipped in buttermilk before being hand-breaded in Southern-style flour. Of course, the final step is frying the chicken until it gets its signature crispy, golden brown outside.

When heading to Hardee’s and Carl’s Jr. to get a taste of the new contenders in the chicken sandwich wars, remember to keep in mind the CDC’s most updated guidance on mask-wearing and social distancing.