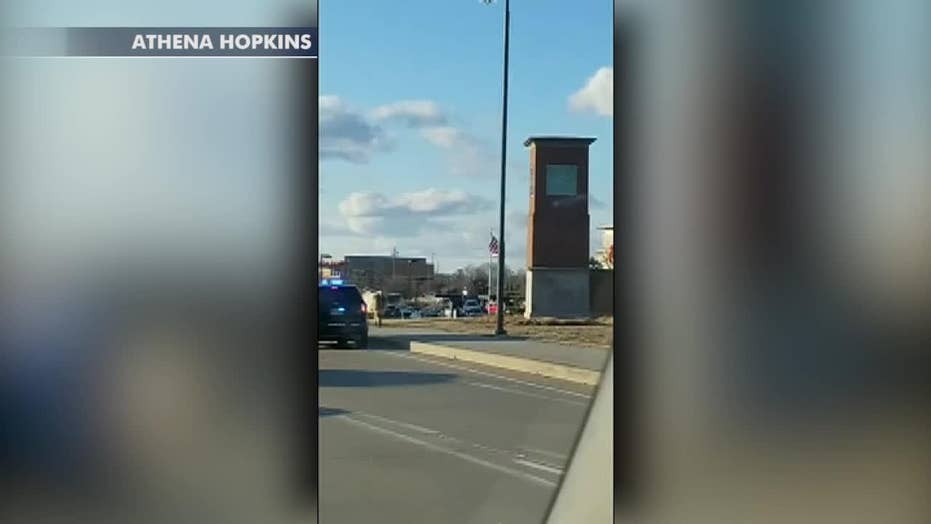 A cow on the run in Indiana near a Chick-Fil-A restaurant prompted some witnesses to suspect the fast-food chain was up to a new marketing tactic.

The cow was caught on camera Saturday running from police in the direction of the restaurant located in the Hamilton Town Center in Noblesville, which is just north of Indianapolis, Fox 59 reported.

As Noblesville Police pointed out, the cow was stopping traffic.

“NPD was able to 'run with the bulls' last night. We were chasing this running wild bovine all over the east side…” their Facebook post said.

It's unclear what ultimately happened to the cow.

Police encouraged anyone who caught photos or videos of their officers' "cowboy adventure" to include them in the comments of their post. Some people wrote, “I think Chick-Fil-A needs to use this as a commercial” and also posted the restaurant’s slogan “Eat Mor Chikin!”

Athena Hopkins caught the cow's crossing on camera and posted the video on her Facebook page, writing “so this just happened!” In it, somevody was heard saying, "hey, is this like a promo for Chick-Fil-A?" The video got nearly 1,000 comments and 8,000 shares as of Sunday afternoon.

Several other videos were shared of the cow on the run.