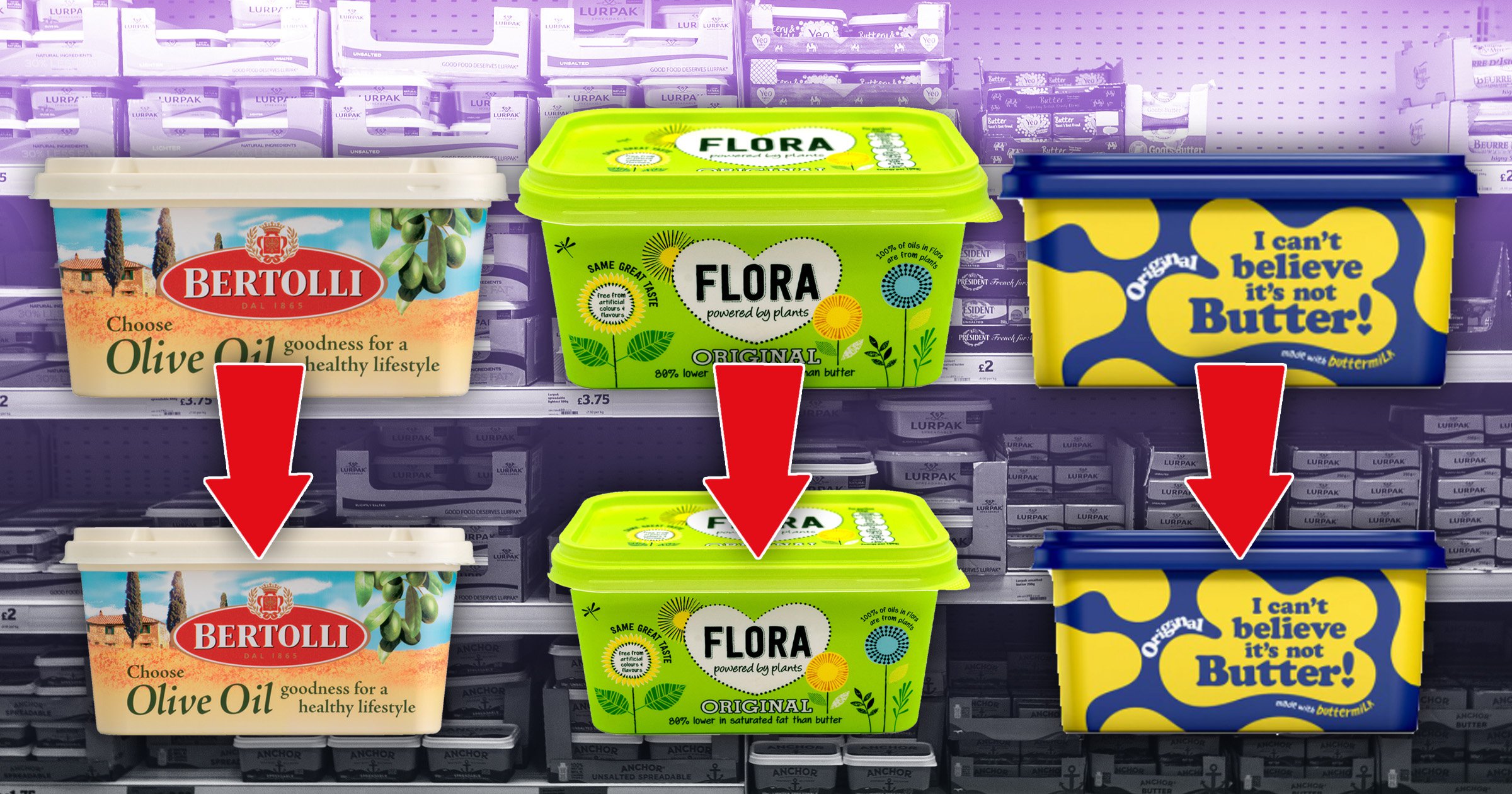 Amid rising butter prices and a cost of living crisis, imitation spreads have become the latest products to feel the squeeze.

Shrinkflation is a term that describes the trend of product packaging getting smaller but prices staying the same or increasing.

A new addition to the shrinkflation ranks are the 500g packs across three brands of Upfield buttery spread brands, which have shrunk by 10%.

While in Tesco, the price of Bertolli Original 450g went from £2.45 to £2.85 after the change was made, which is an increase of 16%. Packs of Bertolli Light maintained their pre-change price of £2.45, while the smaller new packs of Flora Buttery Spread have maintained a price of £2.25 in the supermarket.

All told, 11 of these new 450g packs have been introduced in big four supermarkets Tesco, Asda, Sainsbury’s and Morrisons.

This comes after the price of a tub of Lurpak has soared as high as £7.20, and one ASDA branch was seen with security tags on cheese, butter and baby milk.

A spokeswoman for Upfield told The Grocer that ‘significant commodity cost increases, including our raw ingredients’ have ‘impacted our supply and has increased our manufacturing costs.’

In ‘these unprecedented times, we are committed to limiting the impact of these tough times on consumers and will endeavour to provide the best value possible, whilst still remaining competitive’, she added.

She pointed out that the final selling price in the shops is ‘always at the discretion of each retailer’, adding: ‘To continue providing consumers with affordable and quality products we have had to reduce the amount of spread in our 500g tubs to 450g to ensure a reasonable price point and have clearly stated this on pack.’

If you want more tips and tricks on saving money, as well as chat about cash and alerts on deals and discounts, join our Facebook Group, Money Pot.