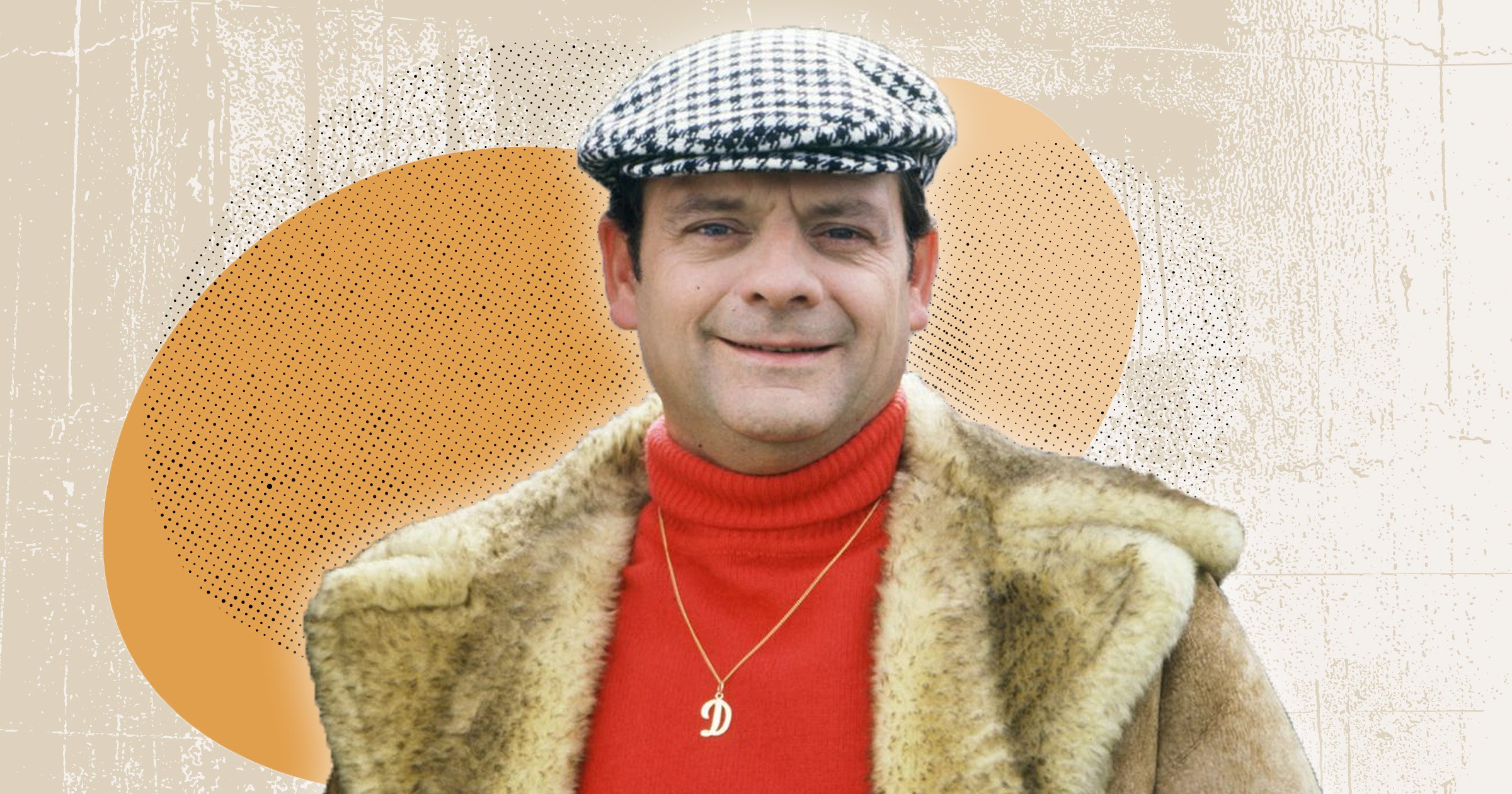 Only Fools and Horses’ Derek Trotter was known for his wheeler-dealing, providing the people of Peckham with Russian VCRs, hairdryers that doubled up as wallpaper strippers, and gold(ish) jewellery.

One thing he wasn’t known for, however, was his fashion sense… until now.

Del Boy, played by David Jason, may have been more likely to get his clothes from the back of a lorry than backstage at fashion week, but his signature look is actually one that you’ll see all everywhere this winter – Paris and Peckham alike.

This season, shearling is trending in a big way. Google data shows a 614% increase in searches for the fabric, and BoohooMAN has predicted leather and faux fur trims will also be popular after featuring heavily on AW22 catwalks (notably Ami, Loewe, Dior, Balmain, Coach, and Bottega Veneta).

On the red carpet, we’ve seen the likes of Jake Gyllenhaal and Timothee Chalamet donning polo necks with blazers, while maximalist trend revivals that see a mish-mash of in-your-face vintage styles thrown together for elevated ensembles have reigned supreme among celebrities.

Throw in the post-Peaky Blinders obsession with flat caps and suiting, and you can practically hear your wardrobe saying ‘this time next year we’ll be millionaires.’

But you don’t have to dress like a plonker to add a touch of Del Boy to your look.

Despite his reputation for knock-offs and gaudy accessories, there’s a surprising amount that can be gleaned from studying the unlikely icon’s fashion through the years.

Coco Chanel famously said, ‘Before you leave the house, look in the mirror and take one thing off.’ The school of Trotter, however, preaches outlandishness over elegance, standing out over fitting in.

A sheepskin donkey jacket is a good place to start for men and women, and there are plenty of options from the likes of All Saints and Topshop. Search ‘shearling’ or ‘borg’ to see a full range, and don’t forget to check charity shops and thrift stores first for that coveted, well-worn find.

Claire Asher, fashion expert from Boohoo, says: ‘Fashion trends may come and go, but statement outerwear will always prevail year after year and is always a simple way to spruce up your winter wardrobe.’

A nod to the period of power dressing is a less obvious way to get in on the Del Boy trend. Rather than a plain white shirt, consider a striped button-down with a contrasting collar, and go big with braces and a wide tie.

Remember, we’re going for an outfit here, not a costume, so you can dip your toe in without copying the combinations in Only Fools. Gerald Wilson from The Founded recommends a colourful suit as a modern and wearable homage to the era.

He says: ‘Acid green and cobalt blue were featured a lot this year and would be a way to bring some brightness and fun to the season, instead of sticking to the usual autumnal colours.’

Embrace the kitsch quality of shoulder pads, statement accessories, and deliberately old-school outerwear, taking inspo not just from Derek Trotter but from Minder’s Arthur Daley or Eastenders’ Den Watts; anyone whose archetypal spiv aesthetic is finished off with a large helping of swagger.

That’s the one thing you can’t buy in any boutique (although we’re sure Del would try to sell you some down the market) and why fashion as an industry has always been defined by eccentric, confident, and often unexpected public figures .

Did we think we’d be lumping Trotter in with Twiggy? No.

Will we be shrouding ourselves in shearling and donning sovereign rings a-plenty this winter, though? Mange tout my dears.