HOT cross buns are one the most recognisable symbols of Easter, along with chocolate eggs and daffodils.

The sweet treat is often enjoyed as breakfast or as a cheeky snack, with people stocking up on the traditional baked good during the Easter holidays. Here's how to make them… 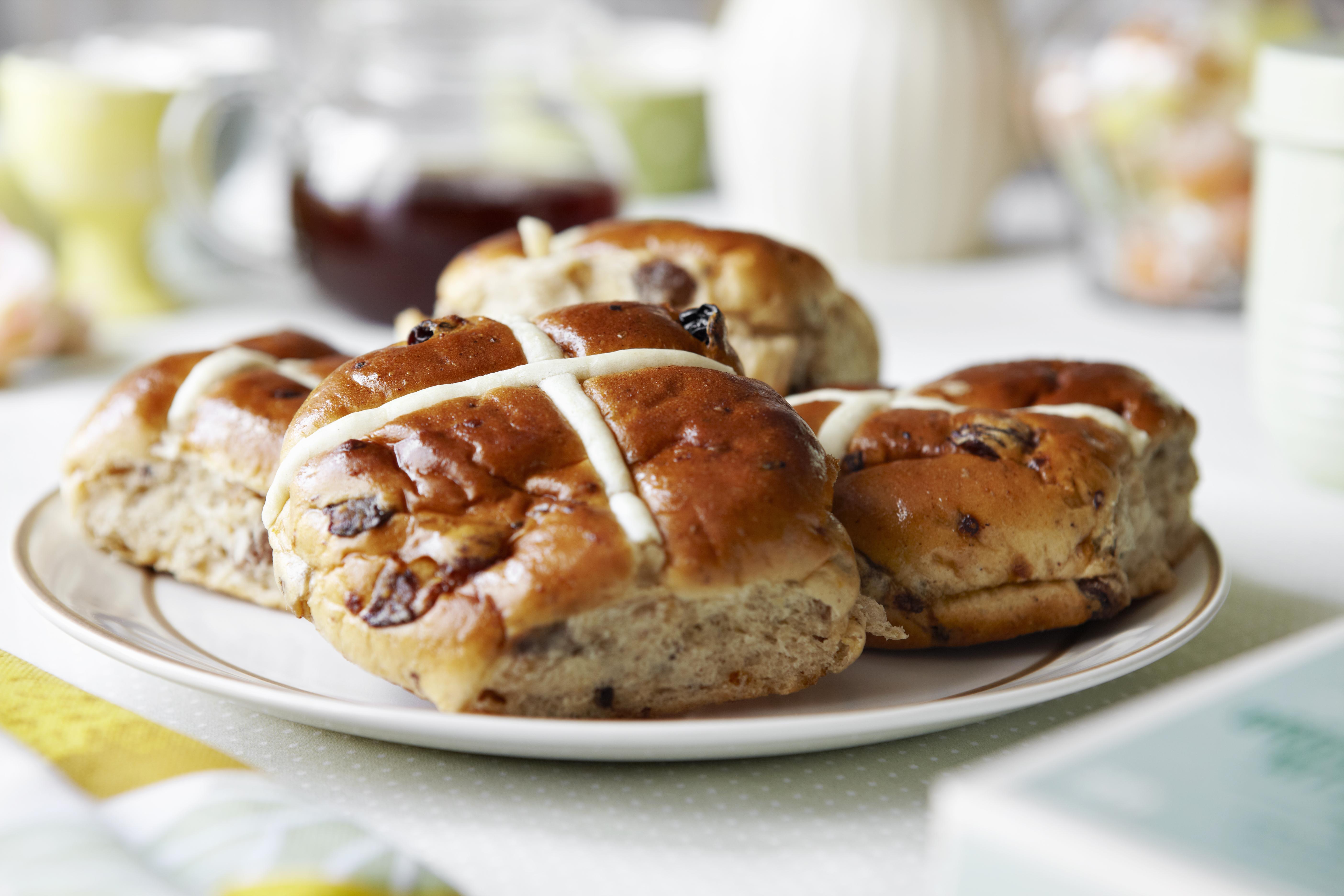 How do you make a hot cross bun?

While associated with Easter, on April 1, the classic pastry dish can be enjoyed any time of year, but you may have to make it yourself.

Several recipes exist but all incorporate the spiced fruit element and cross which makes the bun so unique.

Baking guru Mary Berry has her own recipe for making hot cross buns, which takes two hours to prep and between 10 to 30 minutes to cook, making 12 buns. 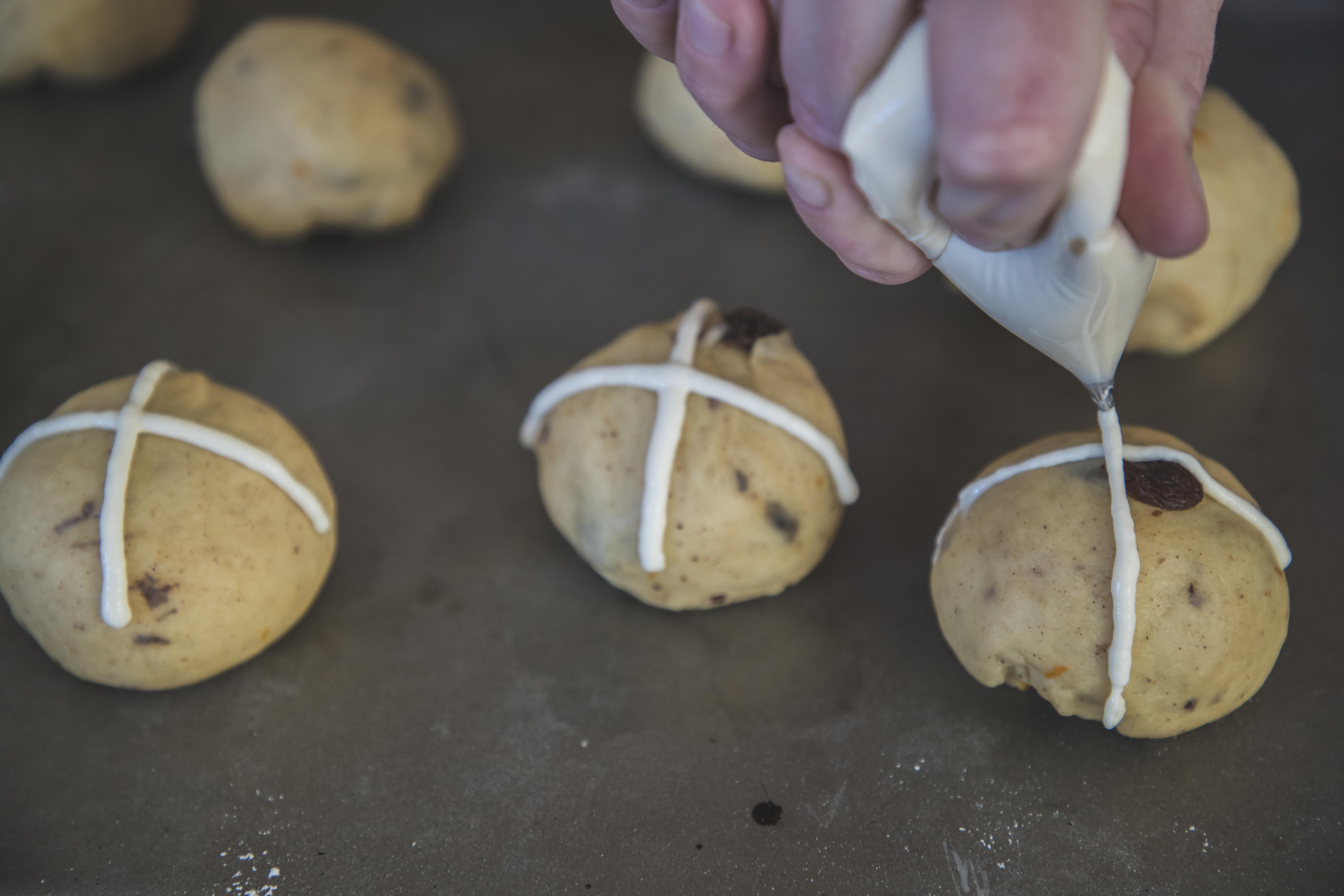 The method calls for all the classic ingredients in baking, flour, butter, milk, eggs, sugar, yeast and salt, but adds in mixed spice, cinnamon, lemon zest, sultanas – or raisins – and chopped mixed peel for the fruity edge.

And the glaze on top needs special attention, mixing together flour and golden syrup.

The cross is created by waiting until the buns are nearly cooked, then piping a cross on each with a flour mixture.

This can be substituted for a chocolate top, or if you’re lazy just score them with a knife.

Hot cross buns require time and some special attention, as the buns need to be cooked in the oven on a polythene bag, but home-made and fresh from the oven should be worth the effort.

Why does it have a cross on it?

The cross on the bun is said to represent the crucifix Jesus was nailed to, and is meant to remind people of the sacrifice Jesus made.

The buns are typically eaten during lent in the week leading up to Easter.

Why do we eat it at Easter?

Their exact origin is unknown and although spiced buns can be traced back to ancient Greece.

In the UK they are believed to have come from an Anglican monk, who baked them in the 14th century to hand out to the poor on Good Friday.

They gained in popularity and were soon a staple of Easter.

And while they can be enjoyed all-year round now, in the reign of Elizabeth I she passed a law decreeing spiced buns could only be eaten on Good Friday, Christmas and funerals.

The buns were believed to have special properties, and were used in medicine and to ward off evil spirits. 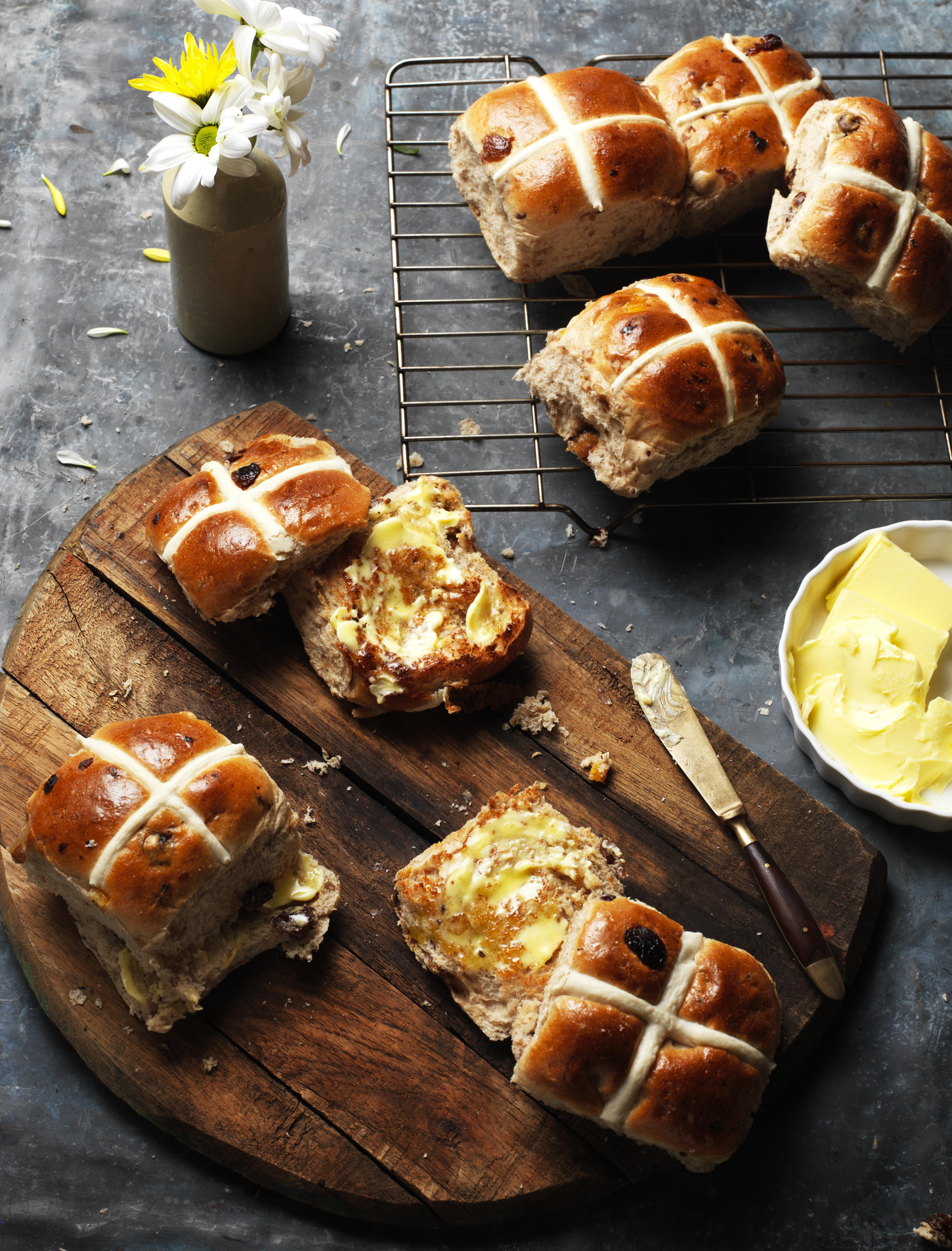 Quirky traditions still surround the bun, with a pub in east London, The Widow’s Son, continuing one dating back to 1848.

A sailor wrote to his mother, informing her he would be back on Good Friday and asked for a fresh bun when he returned.

But he never came back, and every year his mother would bake a bun and hang it from the beams.

After her death and the house was turned into a pub, but the Royal Navy continues to bring a hot cross bun to add to the collection every year.

This year, the tradition of the Widow’s Buns takes place on March 30.

If you were thinking of having a hot cross bun for breakfast make sure you know the new guidelines around calorie intake.

If you fancy another breakfast item, this is everything you need to know about kedgeree.

And if you want to get back in the kitchen, here's a simple hack to make your loaf of bread last longer.

Unlike Halloween, Christmas and Valentine’s Day which all fall on fixed dates, Eastercan fall anytime between March 22 and April 25.

Good Friday is therefore April 19, and the Easter Monday bank holiday is on April 22.

The date is decided by a complex set of calculations based on observations of the moon.

Eastern and Western churches continue to celebrate Easter according to different calendars, although sometimes by chance the festivals coincide.