A COUPLE who bought a crumbling former parish church at auction for £85,000 have transformed it into a modern £1 million home.

St Paul’s church, in Denholme, West Yorks, had fallen into near-ruin when Sean and Debs Kenny-Tallis bought on the property in 2017. 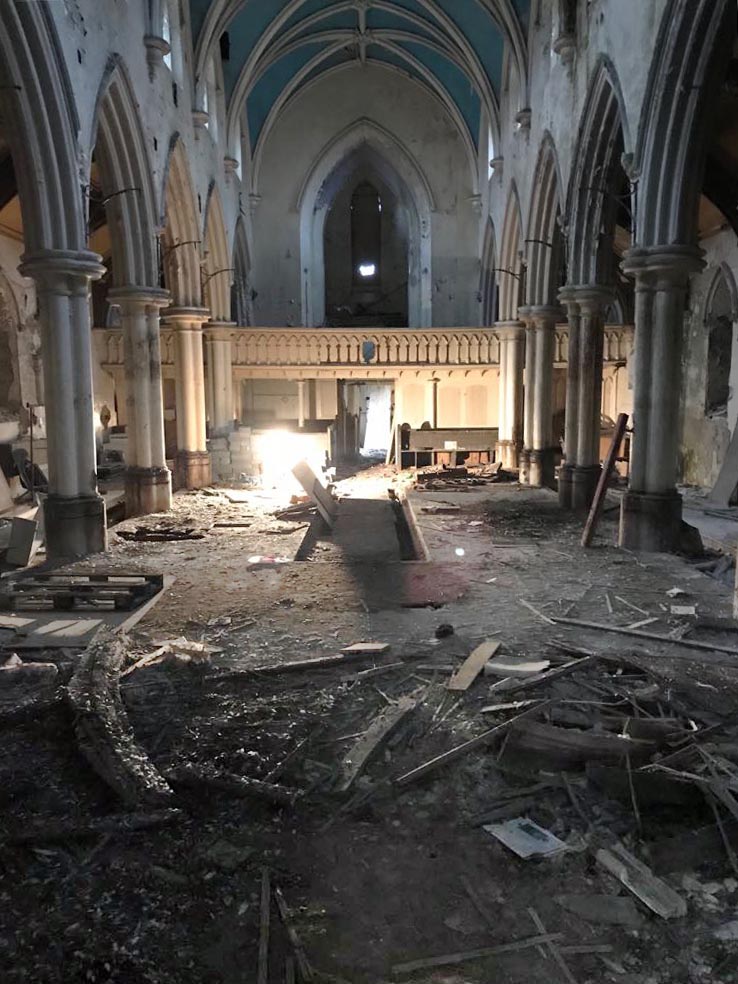 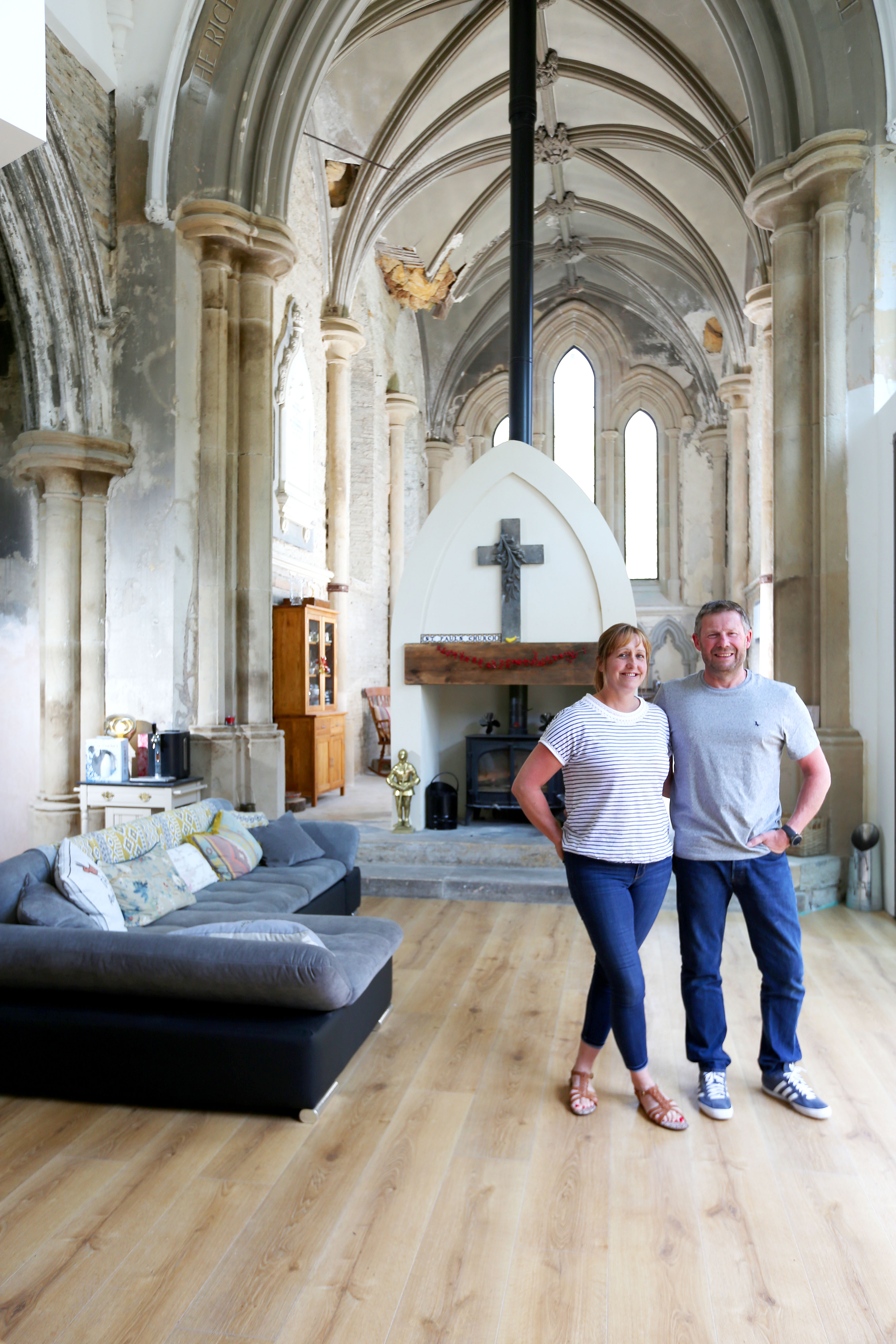 The couple bought the Grade II-listed church just before they married, with the aim of creating their “forever home”.

Built in 1846 and closed in 1999 due to dry rot, the former church remained untouched until Debs and Sean got to work.

They carried out much of the work themselves, living in a caravan in the church grounds during the work.

Plastering, masonry and roofing work were the only jobs done by professionals – with the couple enlisting a builder friend to do the latter two. 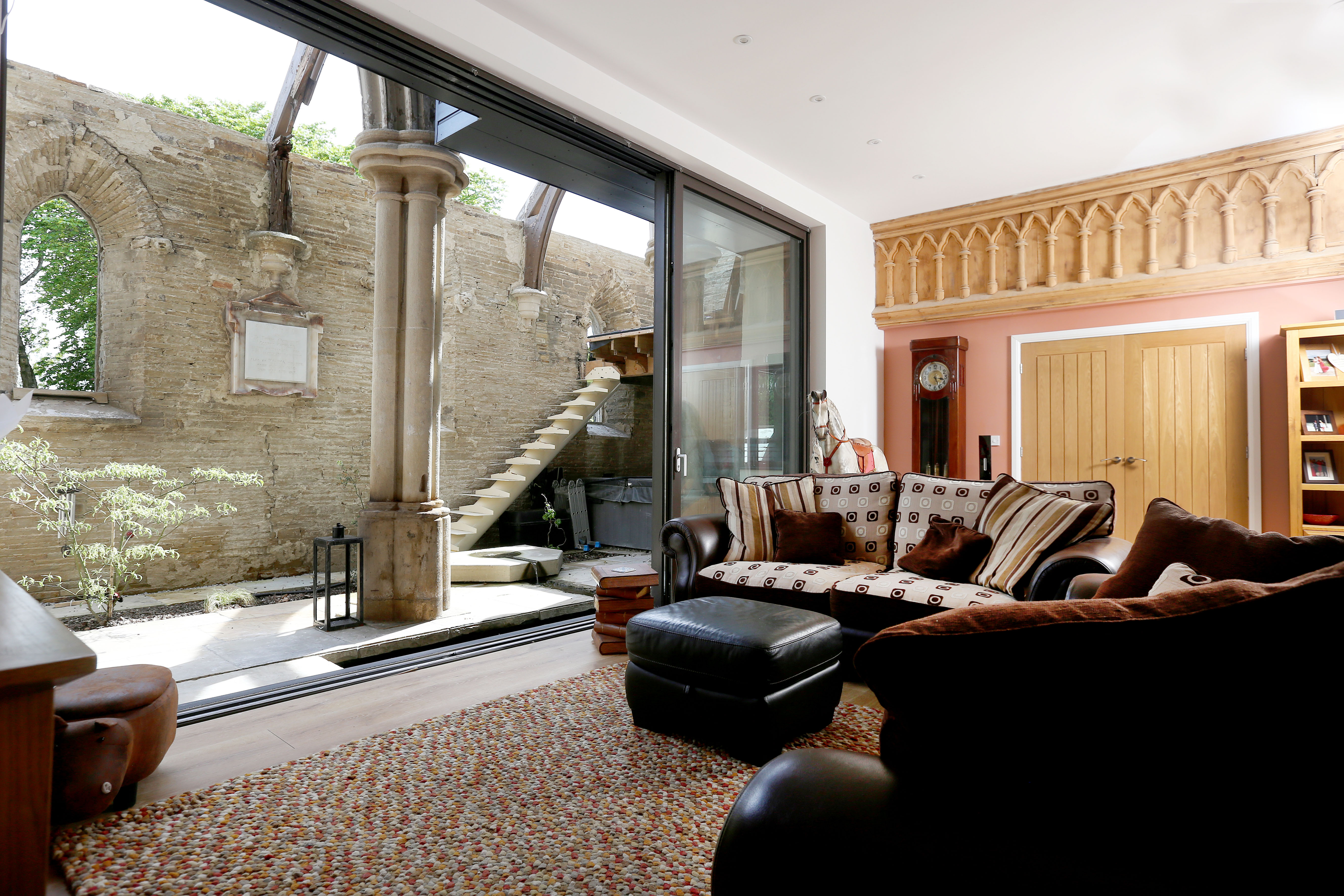 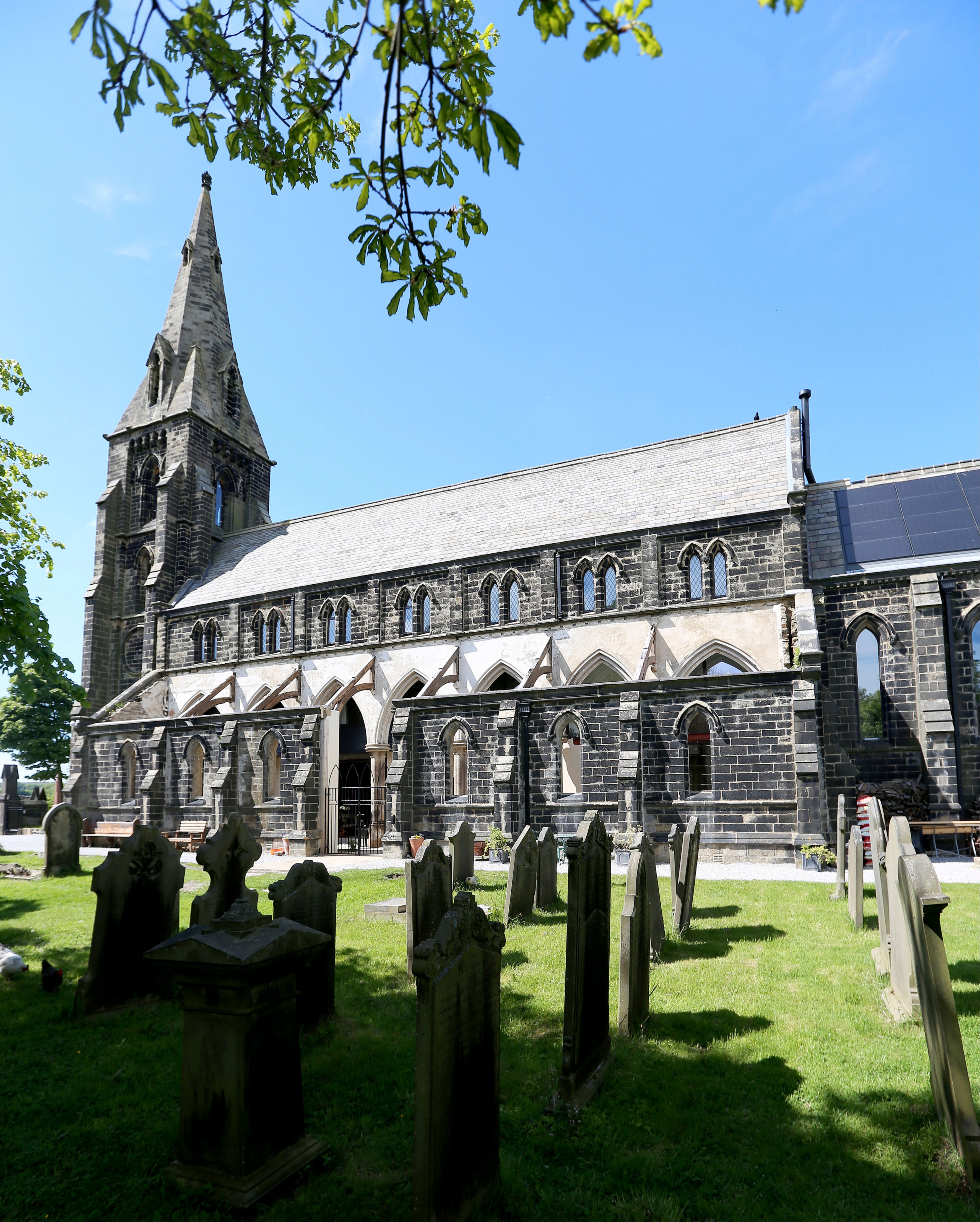 Sean, an electrical engineer, said: “It was a beautiful building in such a sad state.

“We were told the roof was so far gone that we would have lost the building with another bad winter, so we got it just in time”.

Now a fancy four-bed, the conversion features a fancy bathroom, open plan kitchen and lounge – both leading to a courtyard created from the church’s south aisle.

There's even a guest annexe below the bell tower, where the couple have plans for a B&B. 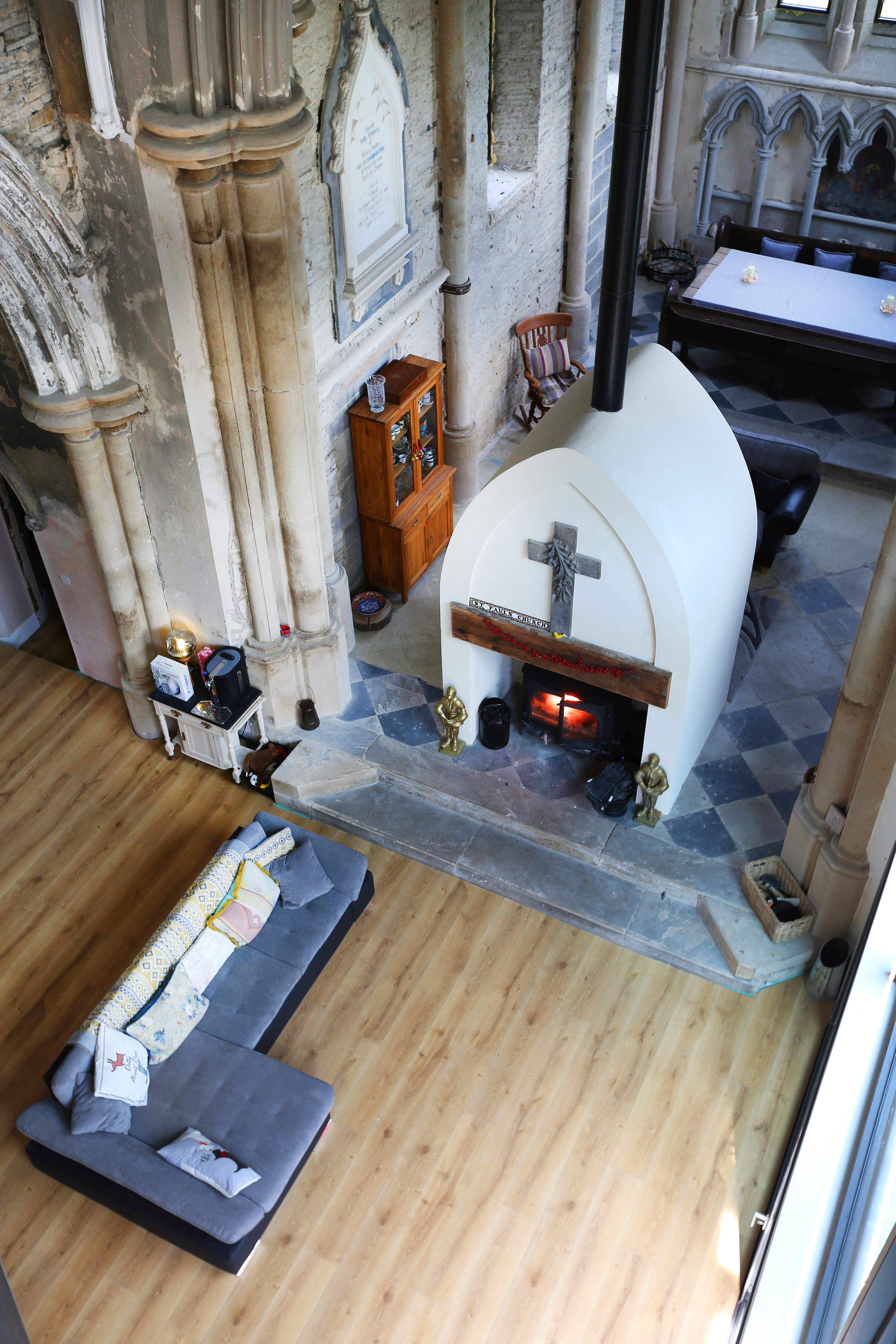 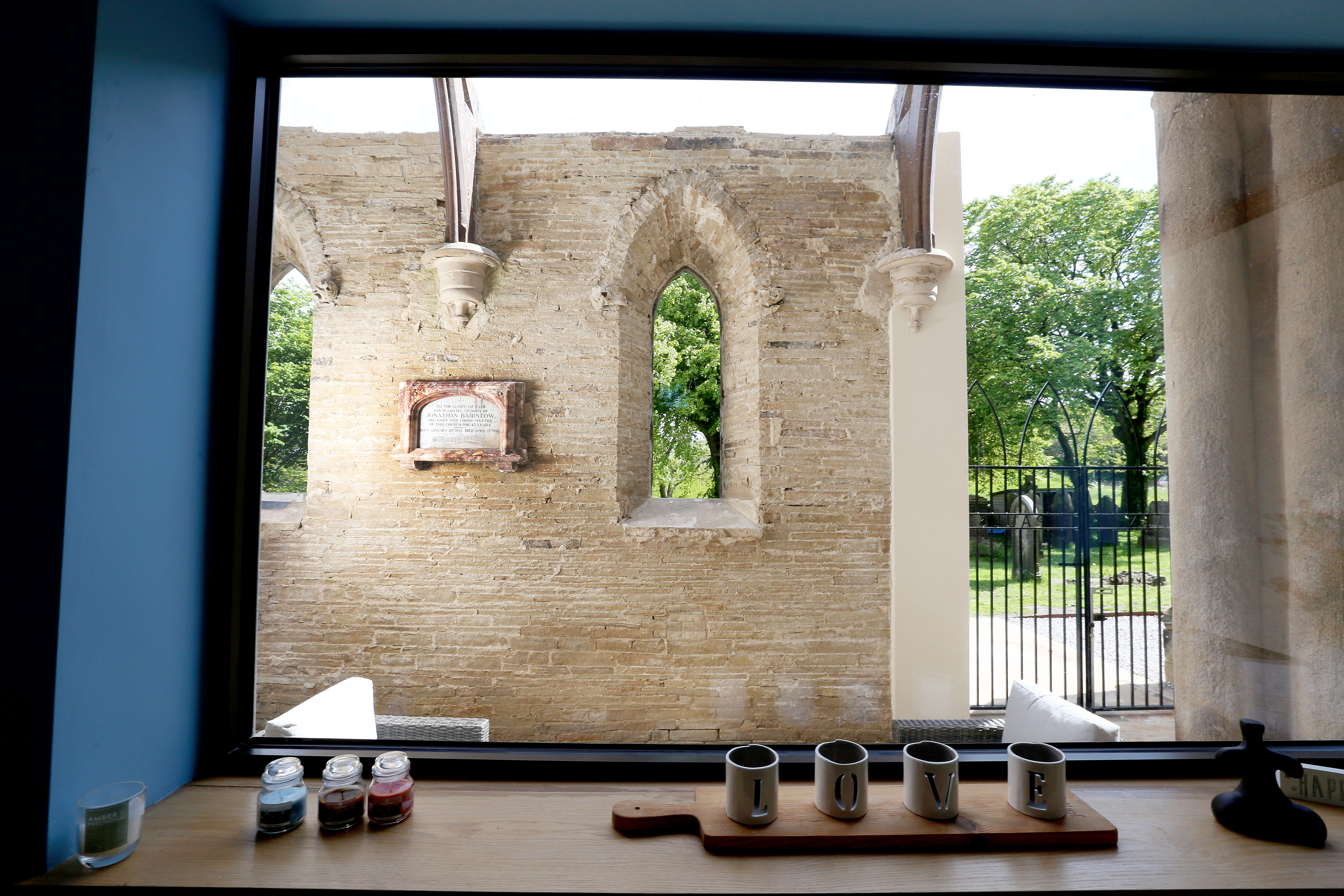 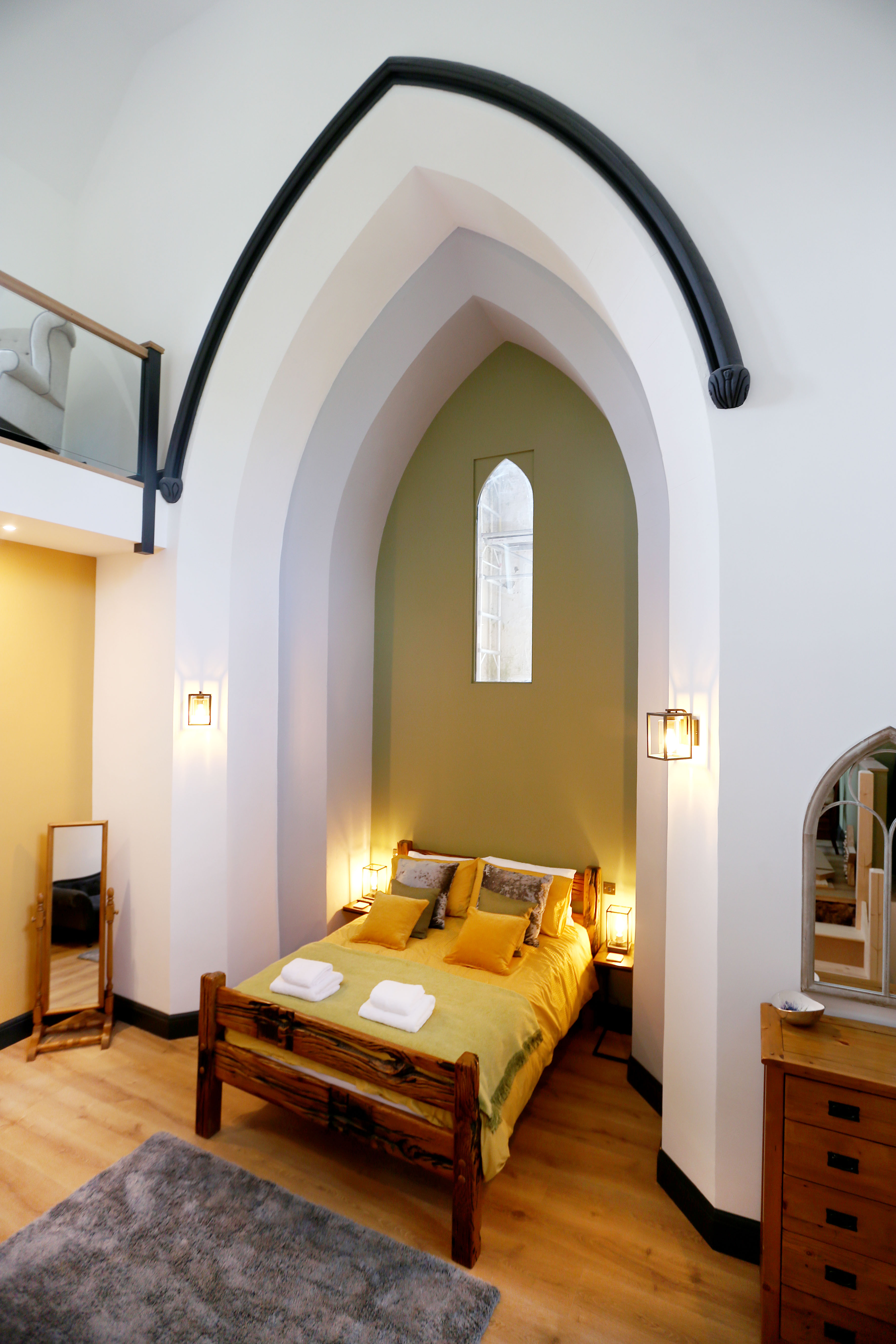 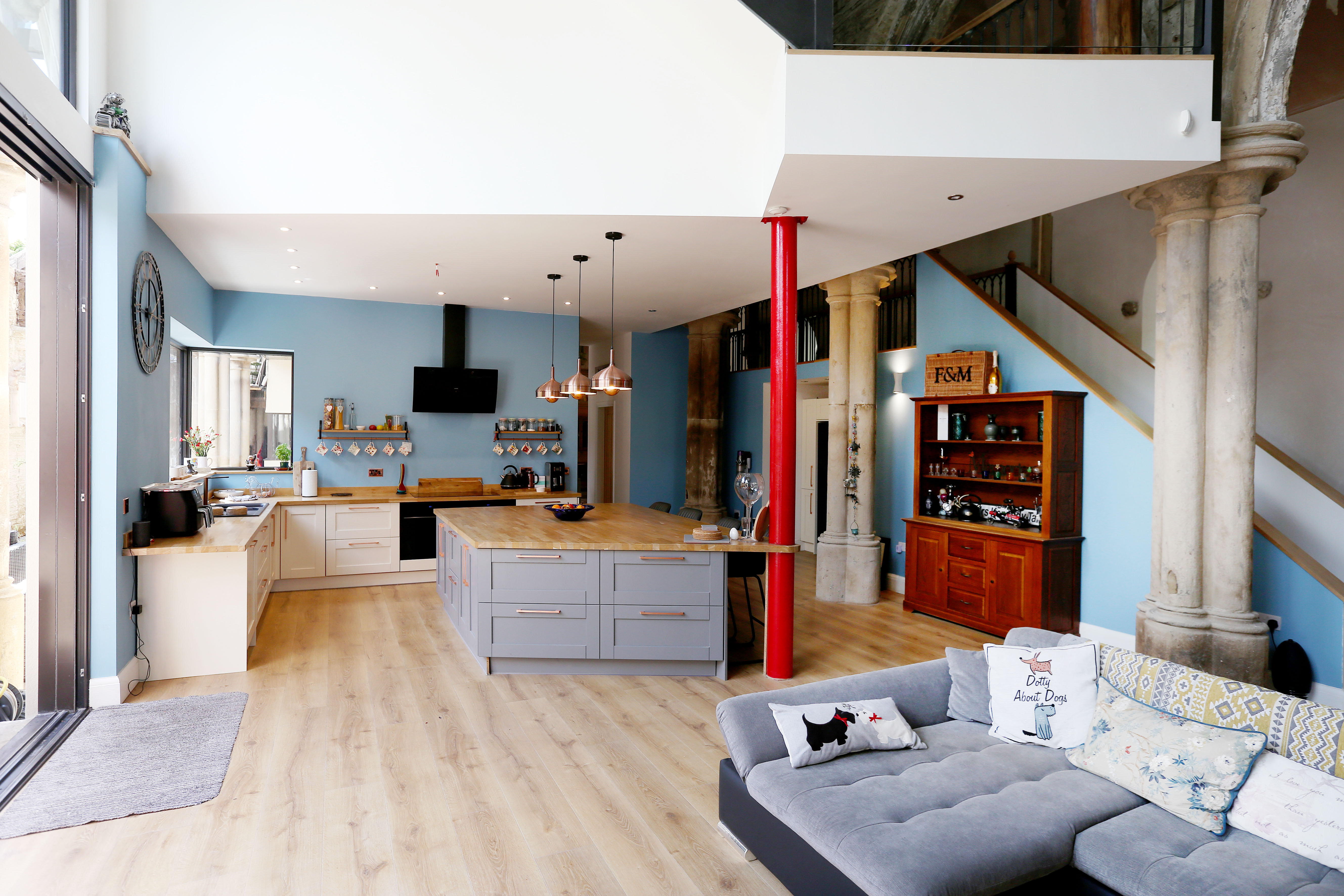 Modern walls, partitions and new floor levels have been created in the shell of the church.

But the couple have retained original features, including the gothic windows, chancel and gallery.

The graveyard, which had become overgrown and inaccessible after the church’s closure, was restored as part the project, with parishioners now able to return to pay respects to loved-ones. 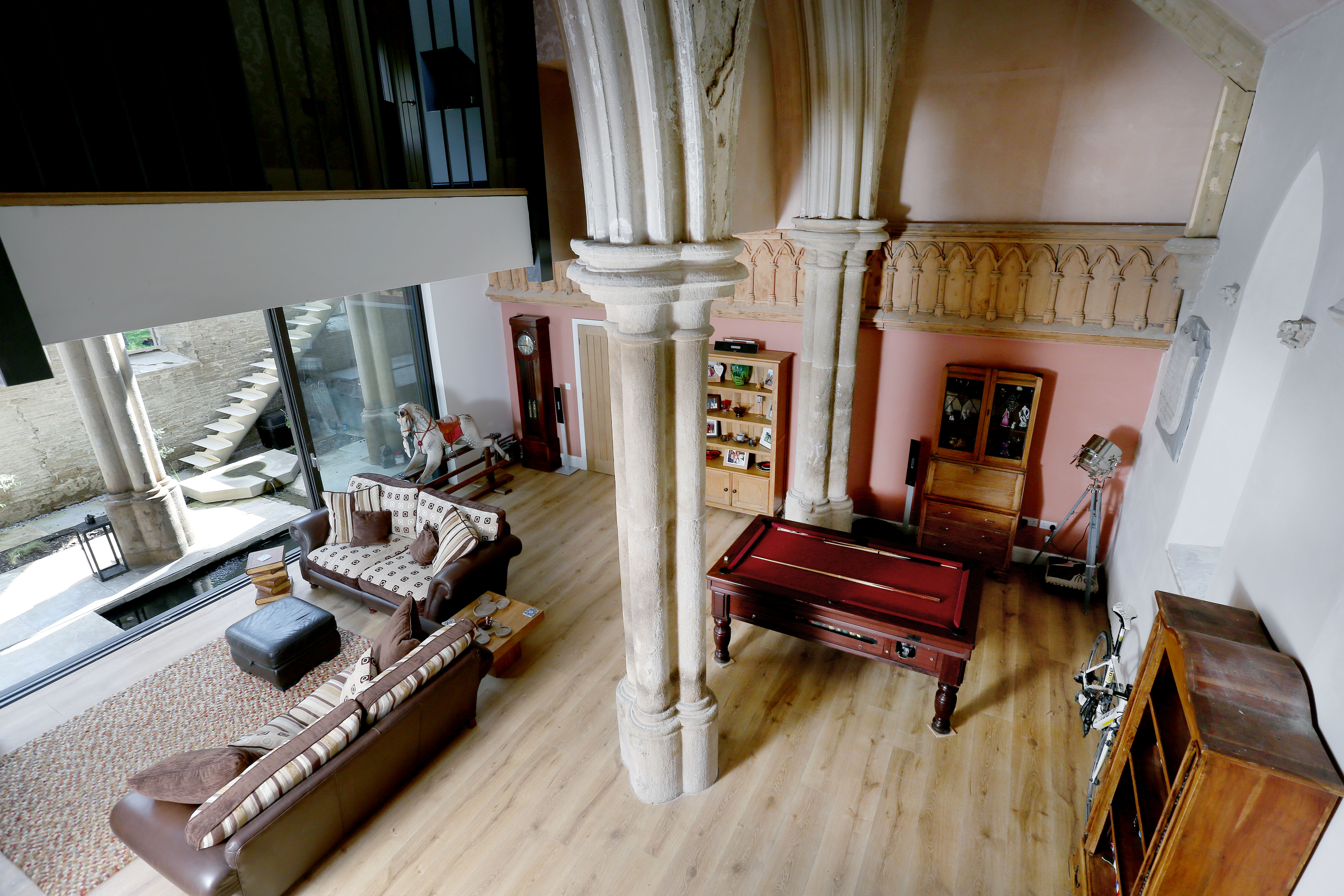 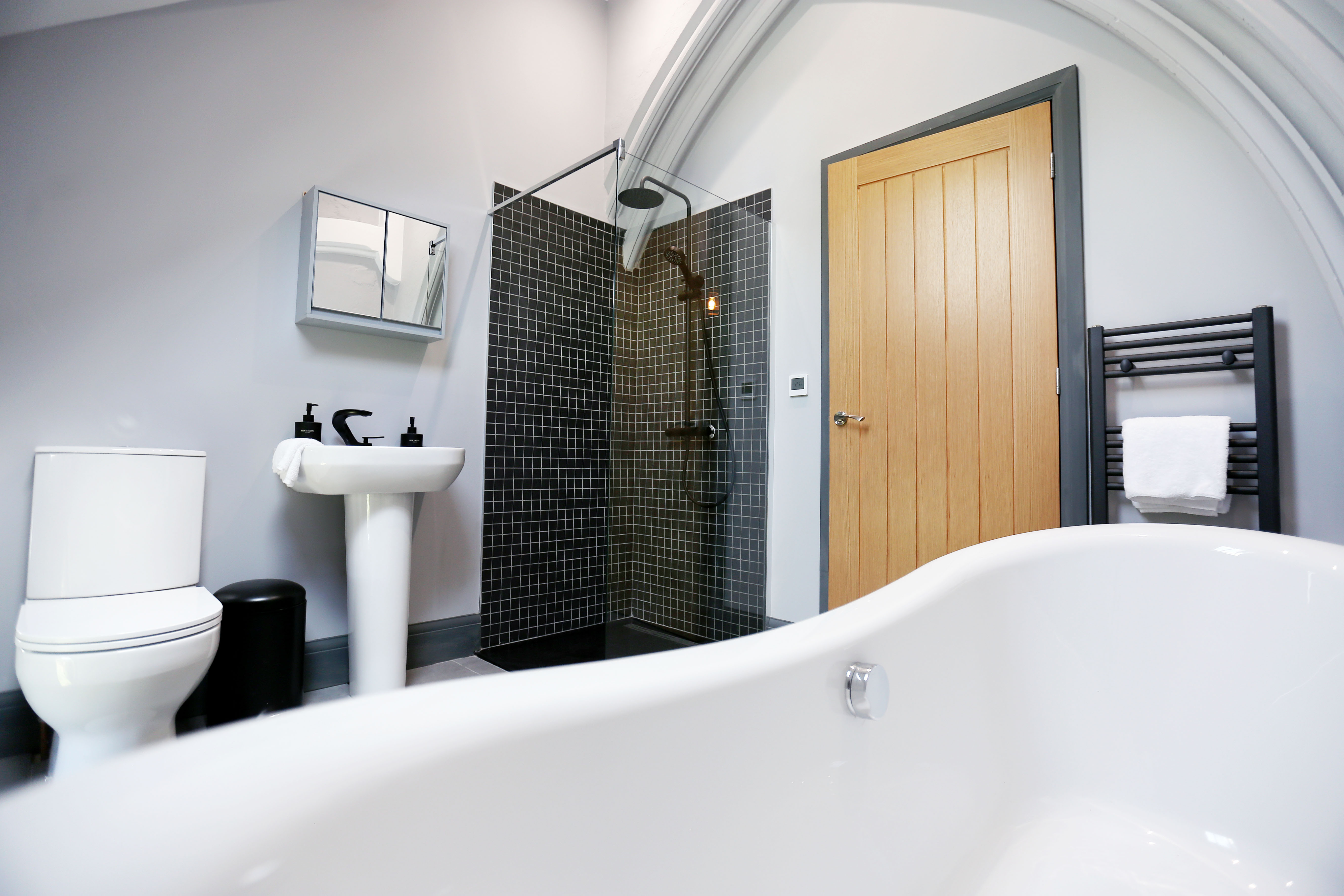 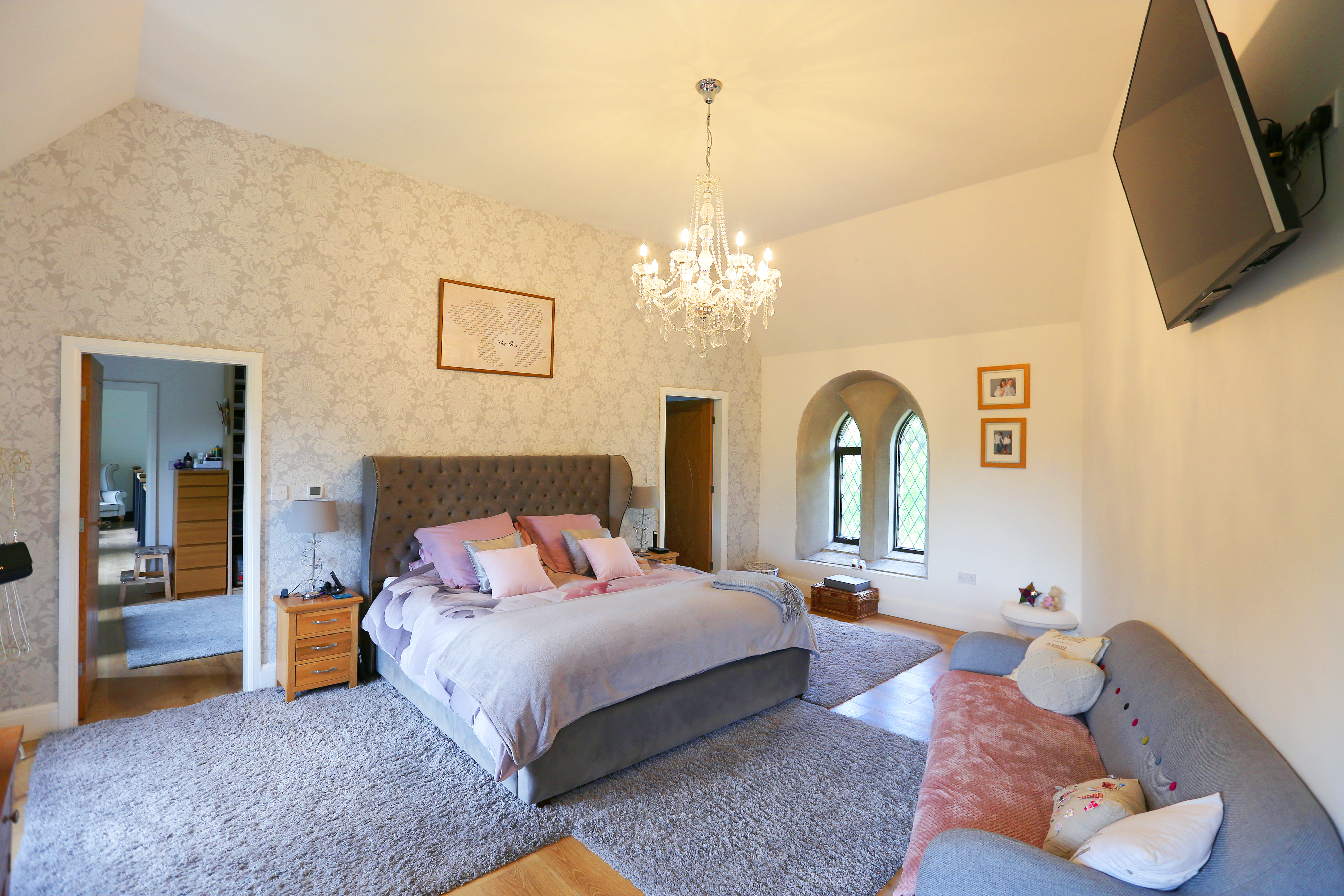 Sean said: “We want it not just to be our home, but part of the community again. We’re happy for people to come here”.

We previously spoke to another woman who made £380,000 on an eight-bed church renovation.