ELLA Gouman stared at the message in front of her in disbelief.

“Drink bleach,” it read. Followed by the initials "KYS" for kill yourself. 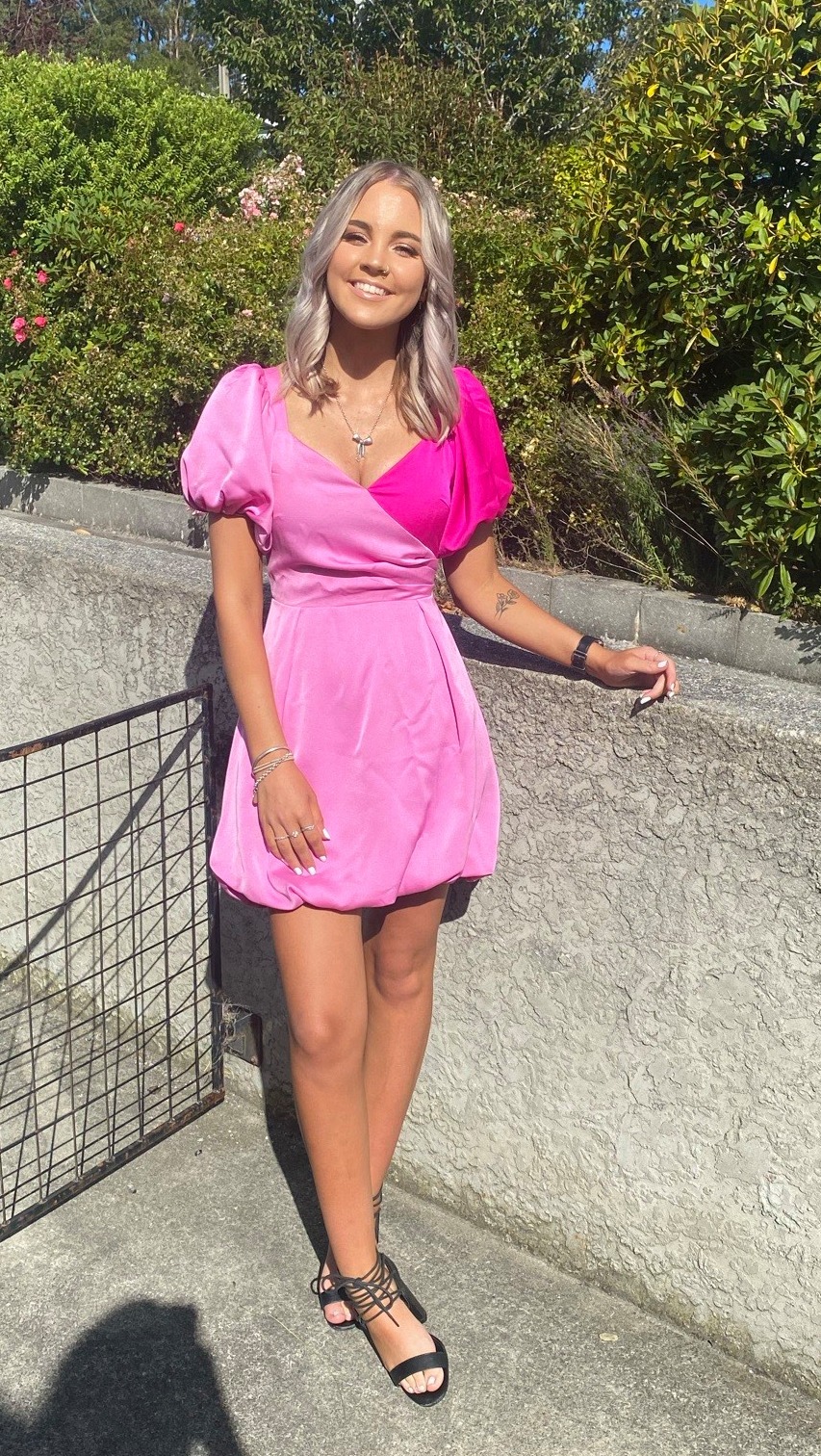 It marked the height of two years of abuse, coming from 120 fake profiles created by the same woman – who shockingly turned out to be someone she considered a friend.

Speaking to Fabulous, Ella says: "She put me through two-and-half years of hell. I still suffer from debilitating panic attacks."

It all started in early 2018, when Ella, now 22, from Canterbury, New Zealand, started a relationship with her boyfriend Campbell, 23. 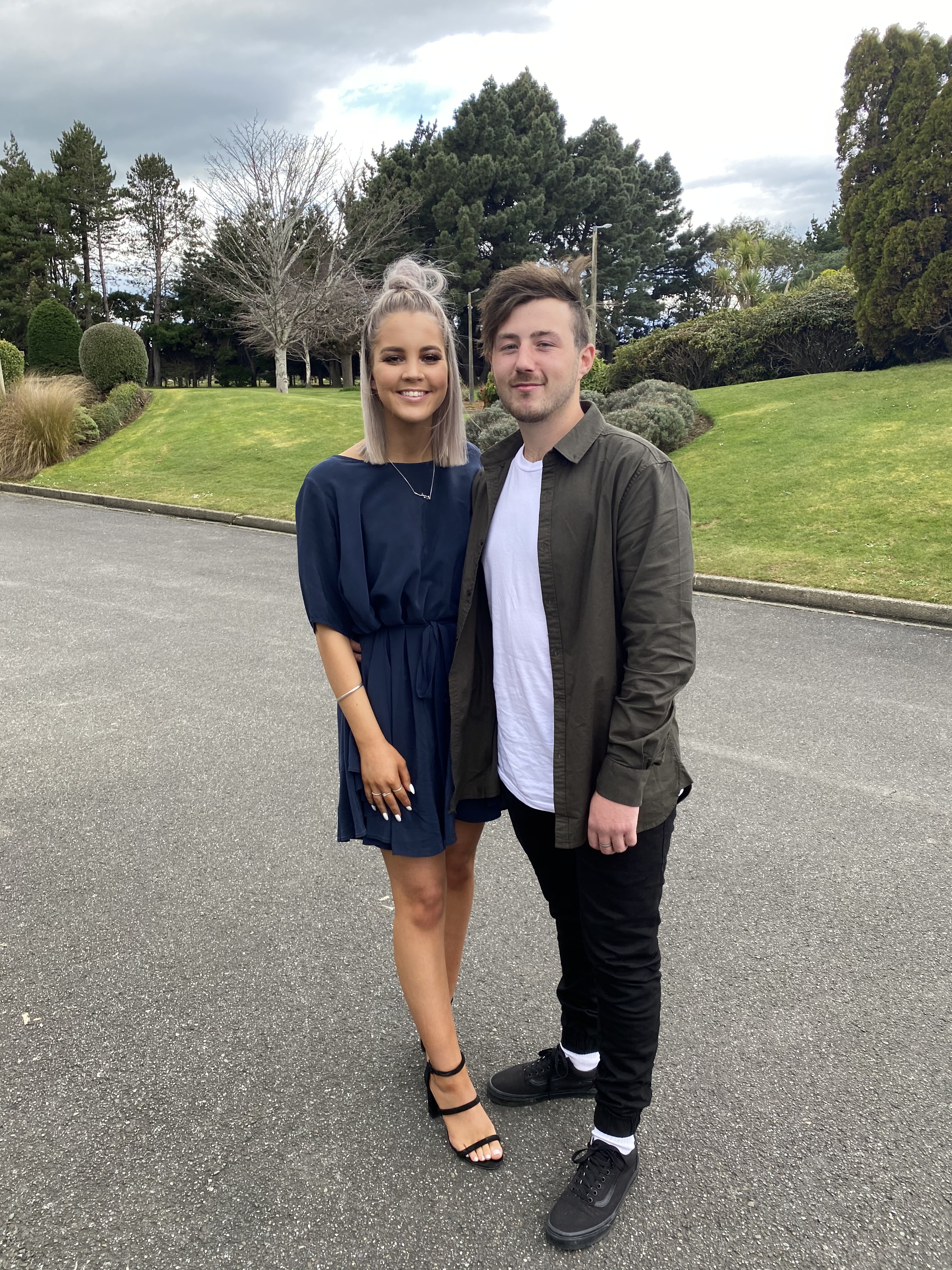 Ella says: "Tahlia was bubbly and friendly. Campbell and his brother lived with their parents. I spent most of my time there and soon, Tahlia did too. It was nice. We did girly stuff together, shopping and beauty treatments.

"A month later, in May 2018, a girl calling herself Alicia sent a direct message to my Instagram, commenting on my pictures.

"Wow! I thought, blocking the account. Who sends messages like that to people they don’t even know?

"Over the next six weeks or so, I got about another ten similar messages.

"Every time I blocked the account, whoever was sending messages just started a new one. 'Someone really doesn’t like me,' I said to Campbell. It was odd.

"As far as I knew, I didn’t have any enemies. I assumed I must have annoyed someone.

"Around the same time, my friendship with Tahlia cooled. We lived in the same house, but she spent all her time in Jacky’s room." 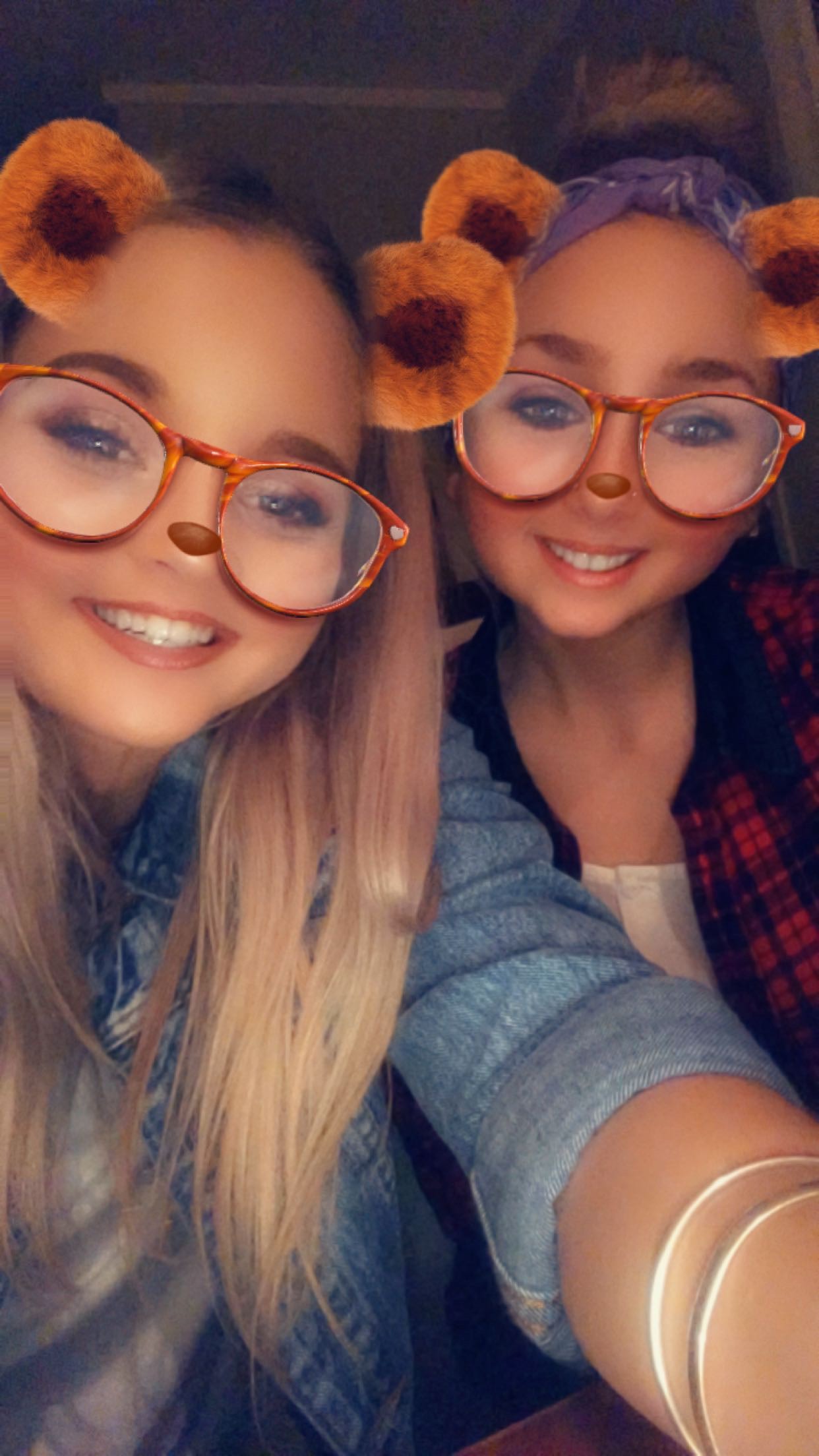 Eventually, Ella confided in a friend called Shontae who had once dated Jacky – and revealed she'd also been getting abusive messages.

She says: "Shontae read out some messages. Mine were identical. 'It’s the same person,' I gasped.

"Unfortunately, the only person that connected us both was Tahlia. 'It has to be her,' Shontae said. I didn’t want to believe it. I thought she liked me.

"With us both living under the same roof with the boys and their parents, things could get really awkward.

"Rather than confront her personally, I decided to try and flush her out by replying to one of my messages."

'Drink bleach,' she wrote in one message, followed by the initials, KYS, for kill yourself

Ella and Shontae both wrote "go away Tahlia" in response to the trolling, but were asked "who is Tahlia?" in response.

She says: "We couldn’t prove it, but we both knew it was her. I told Campbell, who said: 'She used to message me a lot before she started seeing Jacky. She was a bit obsessive, so I stopped replying.'

"Now it all made sense. Tahlia was jealous of me because I was dating Campbell. And jealous of Shontae because she had dated her ex.

"'It’s pathetic,' Campbell shrugged. He was right. But the thought someone I thought of as a friend hated me so much was unnerving.

"Make-up and clothes started to go missing from my room. And the abuse continued." 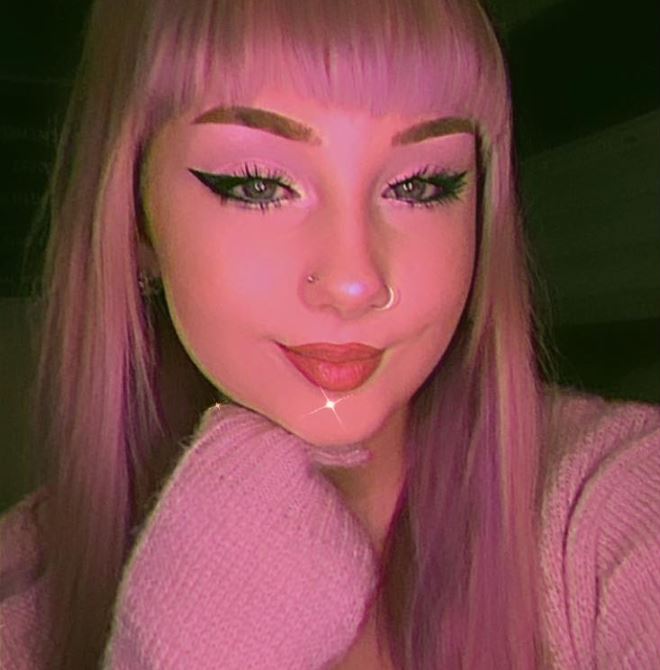 One day, Ella confronted Tahlia to her face, but she denied sending the messages.

Eventually, she went to the police – who agreed to have a word with Tahlia. The messages stopped for a few months, but then they came back with a bang.

Ella says: "I’d put up a post to remember my beloved aunty Kim who’d died of cancer a few years before.

"Someone liked the post with a laughing face. 'Tahlia!' I spat. The abuse escalated.

“'Drink bleach,' she wrote in one message, followed by the initials, KYS, for kill yourself.

"She called me ellapigface and wrote, 'This is never gunna end but your worthless life can.'

"The messages kept coming. Sometimes I’d get ten in a day, then nothing for a week or two.

"Whenever I got an abusive message, I blocked the account. She just started new accounts; seven within 45 minutes once.

"I spoke to Campbell’s mum. Obviously, she was in a really difficult position, but she spoke to Tahlia and told her she wasn’t welcome at home anymore.

"Meanwhile, the abuse went on. In June 2019, I cornered Tahlia and confronted her about some missing clothes.

"She returned them, with a letter of apology. 'I’m not sure how to apologise or if I even can, but I thought I’d try. You didn’t deserve any of the s*** I put you through and I’m sorry,' she wrote.

“'I genuinely carry so much guilt for doing it all. Nothing will ever happen again and that’s a promise. I swear to leave you and Campbell completely alone,' she added.

"I thought that was the end of it. But within a few weeks she started again, so I forwarded everything to the police."

She sent a photo of me on which she’d marked up my ‘imperfections’. Across my throat she’d written, 'You’re an ugly piece of s***'

When lockdown hit in March 2020, Campbell and Ella moved in with her family.

She says: "One morning I woke to find my car door scratched. 'It has to be her,' I sighed to Campbell. With time on her hands, things got worse.

"She sent a photo of me on which she’d marked up my ‘imperfections’. 'Potato head,' she’d written across my forehead and next to my face, 'fat pig nose.'

"On another she wrote, 'biggest chin I’ve ever seen,' 'face so red you look like a baboon,' 'gross,' 'disgusting' and 'ugly.'

"I wasn’t vain or sensitive at all, but it really hurt. 'Am I really that ugly?' I asked Campbell. He, my family and friends reassured me and told me to ignore her.

"But at night I’d go to bed and her cruel comments played on my mind.

"One day, Tahlia cut holes in some of my clothes and snipped through the cord to my hair straighteners.

"I tried shutting down all my social media accounts, but then she moved onto my younger sister Olivia.

"I was constantly stressed and anxious, wondering just how far Tahlia would go.

"It all caught up with me one day and I burst into tears and had a panic attack.

"Finally, the police had enough evidence and arrested Tahlia.

"They found she had used 120 different identities to target me over Instagram, TikTok, Facebook, Snapchat and Trade Me." 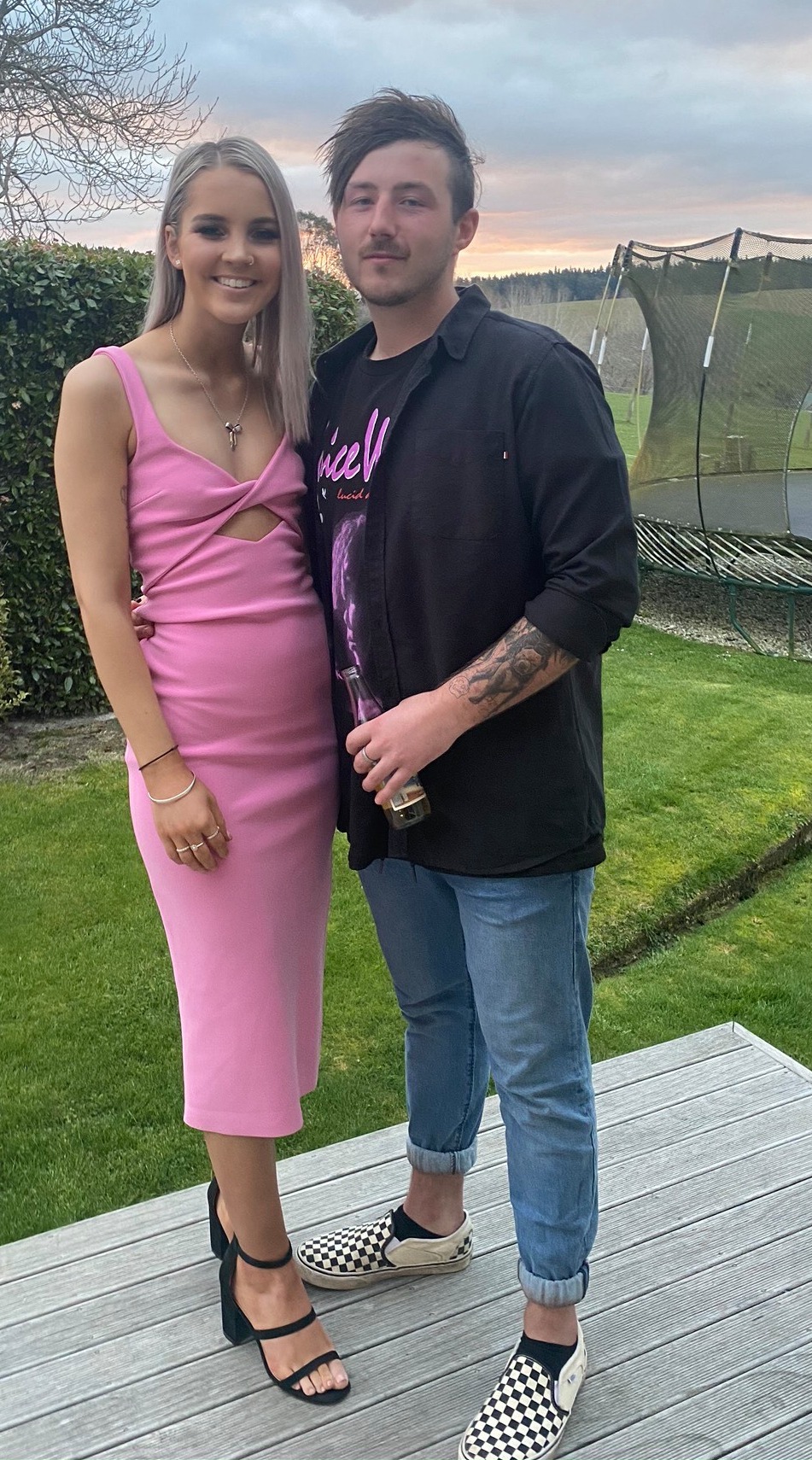 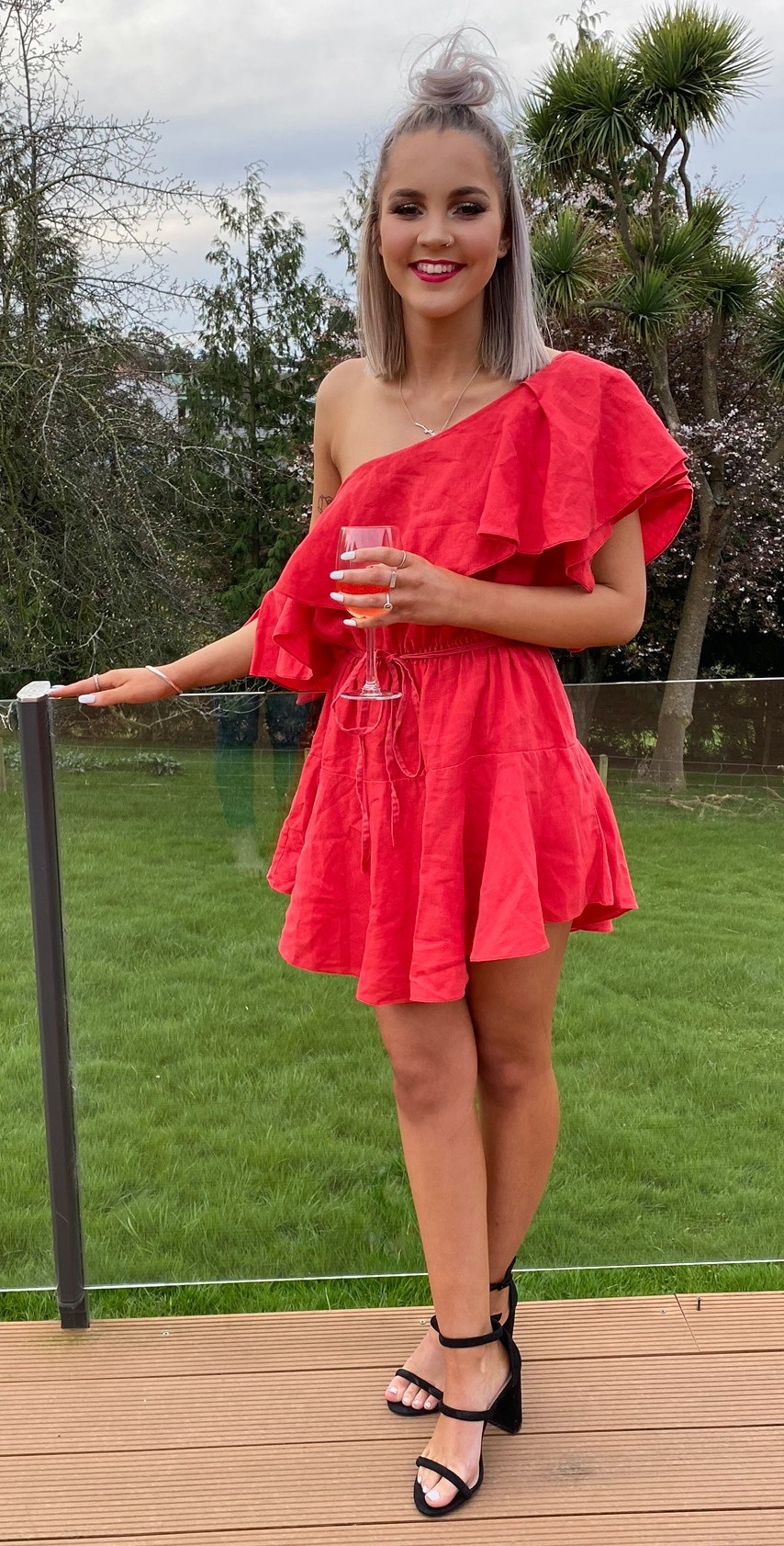 At her sentence hearing in March, her lawyer said she had a personality disorder and poor mental health.

Ella says: “I thought 'What about my mental health after what she’s put me through?'

"When I read out my victim impact statement, Tahlia wept. It looked like a big act to me."

The judge said the offences against me were the worst of that type he’d seen.

“I have to ask myself if your attempts to destroy Ms Gouman should result in the court and justice system destroying you and your life,” he said, before concluding locking her up wasn't justified.

The law on trolling

Here in the UK, the following are all illegal under cyber crime:

Trolling is a form of baiting online which involves sending abusive and hurtful comments across all social media platforms. This can be prosecuted under the Malicious Communication Act 1988 and the Communications Act 2003.

Online threats could take many forms including threats to kill, harm or to commit an offence against a person, group of people or organisation.

Online harassment can include repeated attempts to impose unwanted communications or contact in a manner that could be expected to cause distress or fear.

Stalking online is a form of harassment which can involve persistent and frequent unwanted contact, or interference in someone’s life.

If you believe you have been a victim of cyber/online crime, you should report it to the police by calling 101.

Alternatively, you can report it through the national Action Fraud website.

Ella says it was a "slap on the wrist". She adds: "Tahlia never apologised for putting me through two-and-half years of hell.

"Afterwards, friends told me she was defending herself on Facebook and was promoting an OnlyFans site she’d set up.

"She should have been jailed. But I want her to get the help she obviously needs.

"If she doesn’t, sooner or later, I’m sure she’ll target me again. Or some other girl that’s got the guy she wants."