Queen urged to 'loosen control' to prepare Charles for the throne

The future Queen Elizabeth II married the Duke of Edinburgh in a glamorous royal wedding in 1947. Taking place a few years after the war ended, people were looking for an excuse to celebrate and the Princess received a host of gifts from people around the world. But perhaps the most emotionally significant gift came from her father King George VI, who died a few years later at the age of 56.

To mark the happy occasion, King George VI gifted his elder daughter a sapphire and diamond necklace and a pair of matching sapphire earrings.

Purchased from Carrington & Co, the precious stones were thought to have been made during the reign of Queen Victoria.

These sentimental jewels have frequently been worn by the Queen throughout her 70-year reign for state banquets or official portraits, and they are clearly very dear to her.

Due to their provenance and the size of the incredible gems, the suite is likely worth a staggering sum. 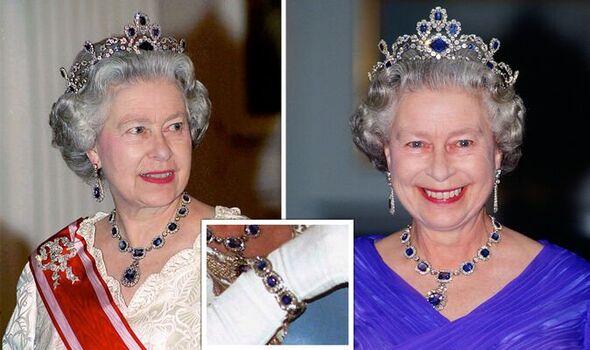 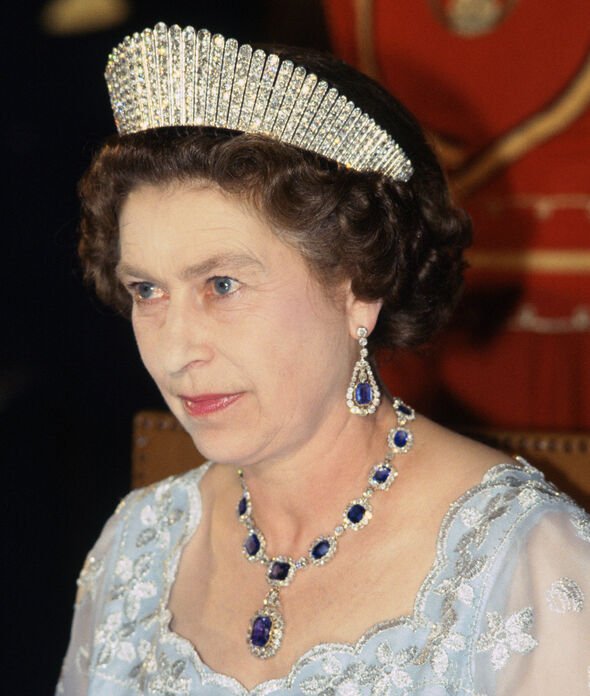 The jewellery experts at Austen and Blake said: “Gifted by her father King George VI on the eve of her wedding day, this particular suite is seen as one of the Queen’s favourites holding significant sentimental value to Her Majesty.

“Valued today at £5million, the set consists of a necklace made up of oblong sapphires surrounded by round diamonds and collets, and a pair of square sapphire and diamond earrings.

“Despite the Queen having made multiple alterations to the suite, changing and adding different elements, it continues to be one of her most worn pieces.”

A few years after she received it, the Queen had the necklace shortened by removing the largest sapphire so it can be worn as a pendant or a brooch.

And in the 1960s, the Queen purchased a diamond and sapphire necklace that had previously belonged to Princess Louise of Belgium.

This necklace was set into a tiara to match her father’s jewellery suite, and she frequently wears the jewels alongside a sapphire and diamond bracelet too.

The Queen has an impressive collection of sapphires in her possession which she has inherited as monarch.

But one of her firm favourites appears to be Queen Victoria’s Wedding Brooch. 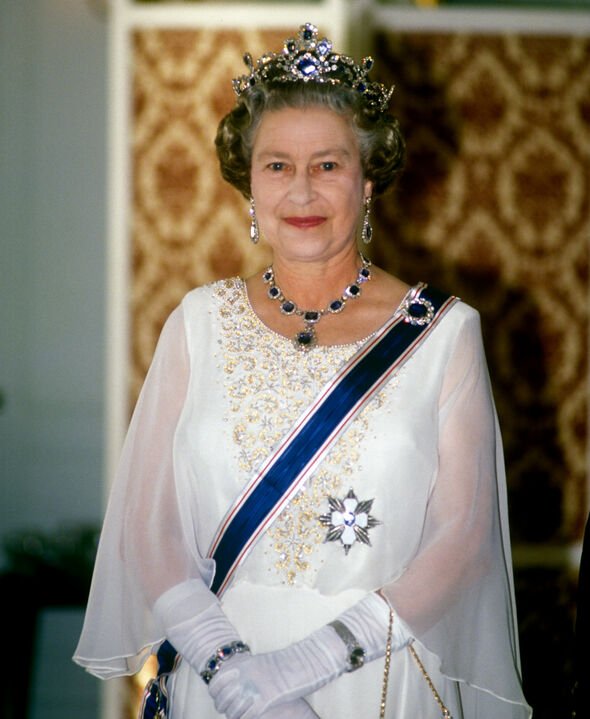 The brooch features a whopping central sapphire surrounded by a halo of diamonds, and it was gifted to Queen Victoria by her husband Prince Albert to mark their nuptials in 1840.

The iconic brooch is thought to have been the inspiration behind Princess Diana, and now Kate Middleton’s, sapphire engagement ring.

The Queen received several other jewels to celebrate her wedding 75 years ago, some of which many will recognise.

The Queen’s grandmother Queen Mary gifted the Girls of Great Britain and Ireland Tiara that the Queen wears for her banknote portraits. 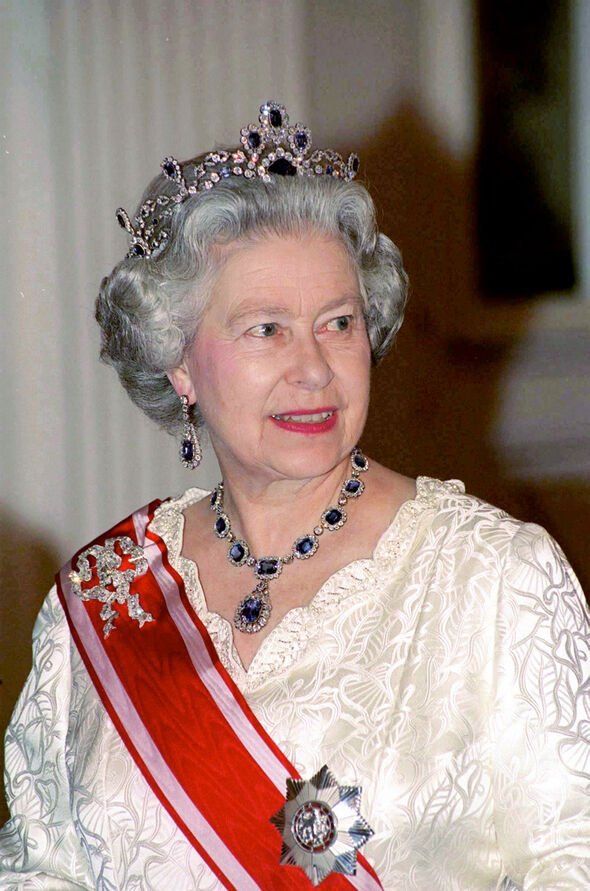 The Queen Mother passed on a ruby and diamond necklace that had been bequeathed to her by Dame Margaret Greville.

And from her husband Prince Philip, the Queen received the Edinburgh Wedding Bracelet which has been worn in recent years by Kate Middleton.

The bracelet and Elizabeth’s bespoke engagement ring feature old brilliant diamonds taken from a tiara that had belonged to Philip’s mother, Princess Alice of Battenberg.