If YOU'VE been lusting after expensive furniture but can’t afford it, don’t fret – because you might be able to make it yourself at home, just like this savvy mum.

Ellie Ellis, a mum of two who works in the chemical industry, is a fan of on-trend mirrored furniture, but during the financial stresses of the pandemic, couldn’t justify buying new pieces for around £300. 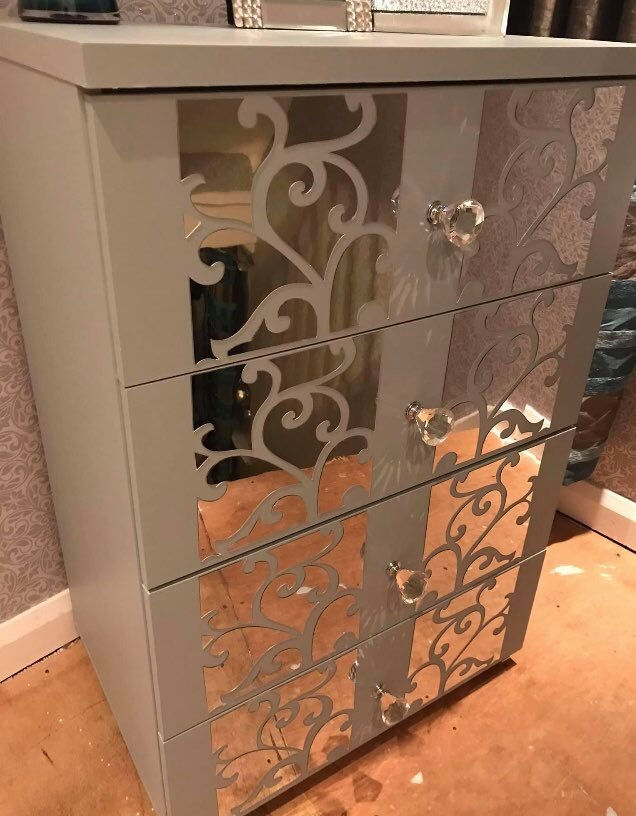 Instead, using Amazon mirrored tiles, Frenchic paint and Home Bargains drawer knobs on a 16-year-old chest of drawers, Ellie recreated the look for under £60.

Ellie, who lives in Merseyside, told money-saving community LatestDeals.co.uk:"I joined an online forum for DIY and upcycling, which gave me the idea to upcycle my cabinet.

“They share lots of upcycling ideas which is something I have always loved to do.

“I had bought the chest of drawers for my son's first bedroom so it was around 16 years old. It needed upgrading so I thought I’d give it a go. 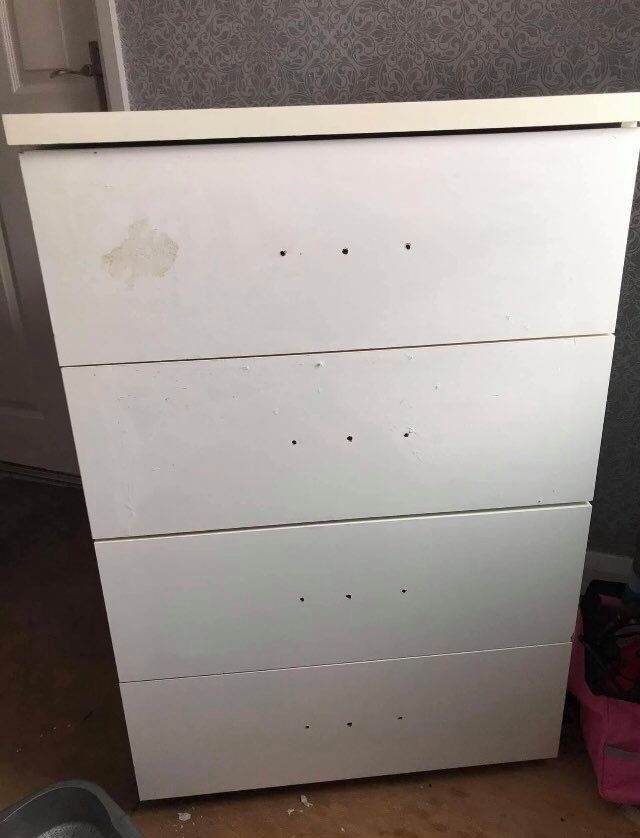 “The process is always the same and really easy to do. You just use sugar soap, light sand and give it a good clean. You leave around one to two hours drying time in between coats and it took me three coats.

"I used Frenchic paint in Duckling and bought the mirrored tiles from Amazon.

"The mirrored tiles are self-adhesive so are really easy to use. They come with a template to follow to achieve the pattern.

"I like the look of mirrored furniture and thought it would be an inexpensive way to get the same effect.

Ellie said that she's enjoyed doing little DIY projects during lockdown as it's really helped with he mental health and has given her something to keep busy. 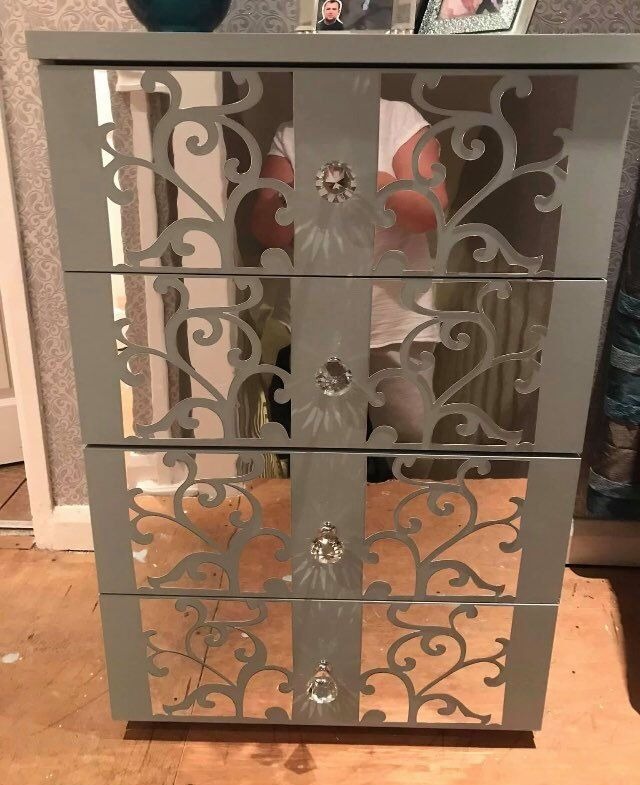 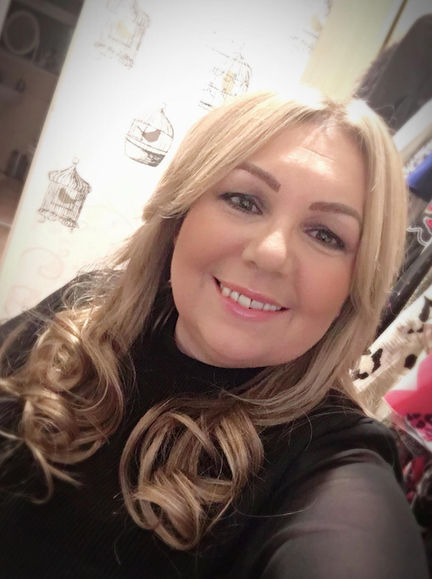 “It was really easy to order online," she continued, " the paint was purchased from local Frenchic stockists and cost £17.95, the mirrored tiles were £18 for two packs from Amazon, and the drawer knobs were £5 from Home Bargains.”

Ellie is delighted with the chic look of her new mirrored cabinet, and says upcycling it was a fantastic money-saving solution during a stressful financial time.

“My husband is self-employed and didn’t qualify for any help during the pandemic so money was tight,” Ellie adds.

“There is no way I could justify spending about £300 on a new set of mirrored drawers, so spending just £60 for what now looks brand new is a brilliant result. 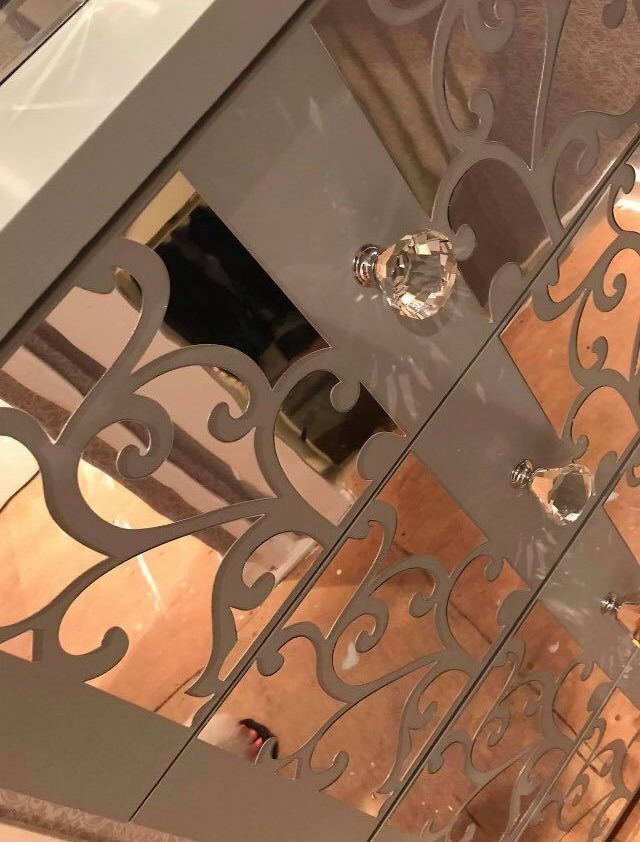 “The encouragement and nice comments I have received from people on social media really made me feel proud!”

Tom Church, co-founder of LatestDeals.co.uk, comments: “There’s a constant stream of temptation online when it comes to buying new furniture or homeware thanks to Instagram, Facebook and Google ads following us around the internet.

“But rather than giving in and splashing out, especially during these tough economic times, take inspiration from Ellie and transform what you already have!

“As well as saving you money, you’ll also help the environment and give yourself a fun project to do while stuck at home.”

Plus a savvy DIY fan who couldn’t afford £360 ‘crushed diamond’ coffee table made her own using coasters from The Range.