THE daughter of one of Britain’s first gay dads spent £33k on Christmas presents this year – but then couldn't be bothered to wrap them all.

Saffron Drewitt-Barlow, 21, said this is on top of “Daddy” Barrie, 51,spending £200k on her presents and splashing out £50,000 on festive food and decorations. 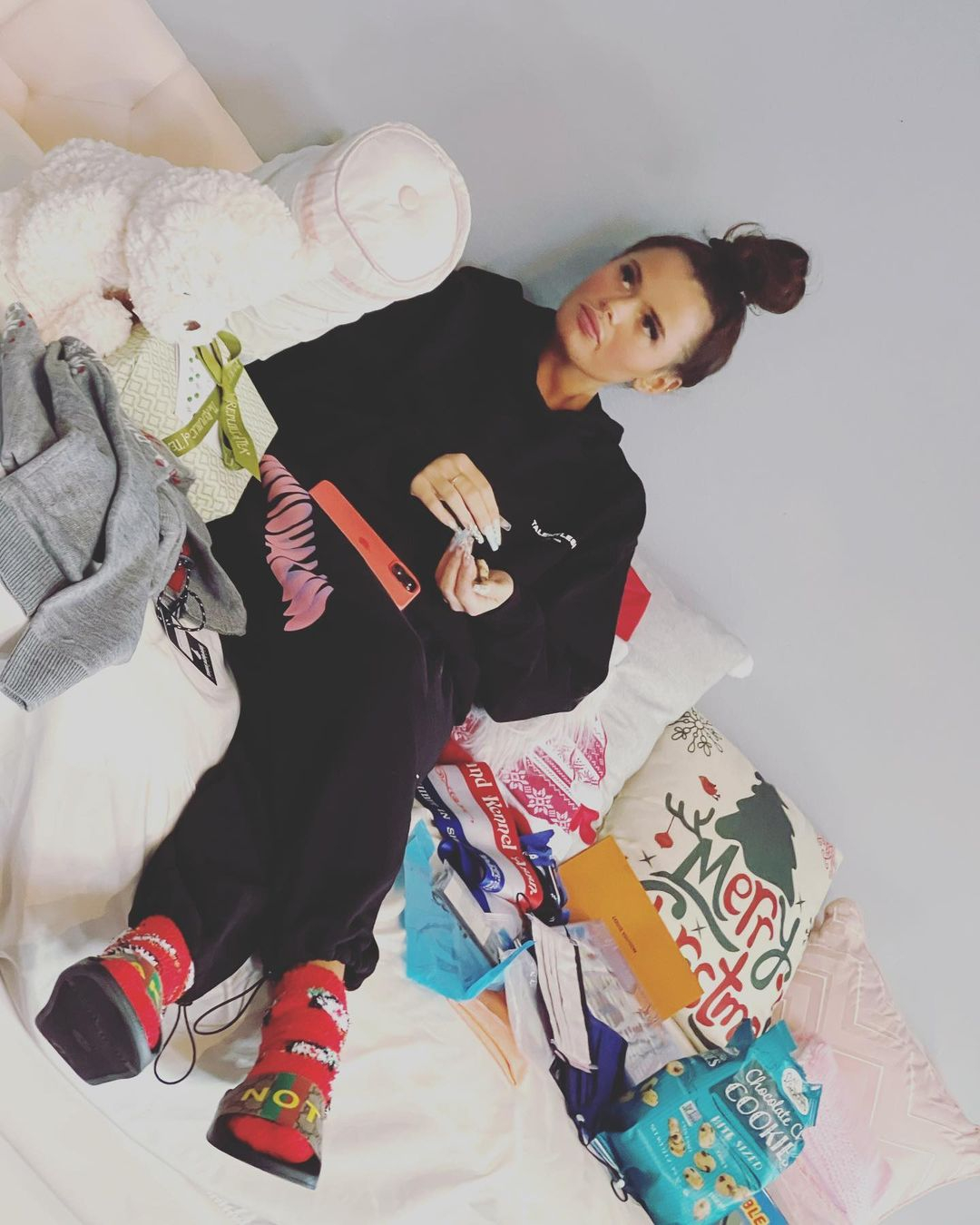 Her dad revealed it on his Instagram page, writing on December 24: "My million dollar baby was wrapping presents all day!!! Can’t believe she spent $45k on presents and left me to wrap them lol."

People asked how she could have been wrapping them all day but also couldn't face wrapping them – with some presuming there were simply too many to complete the task.

"I hope she’s at least wrapped yours!" joked one person.

"That’s what dads are for," another said. 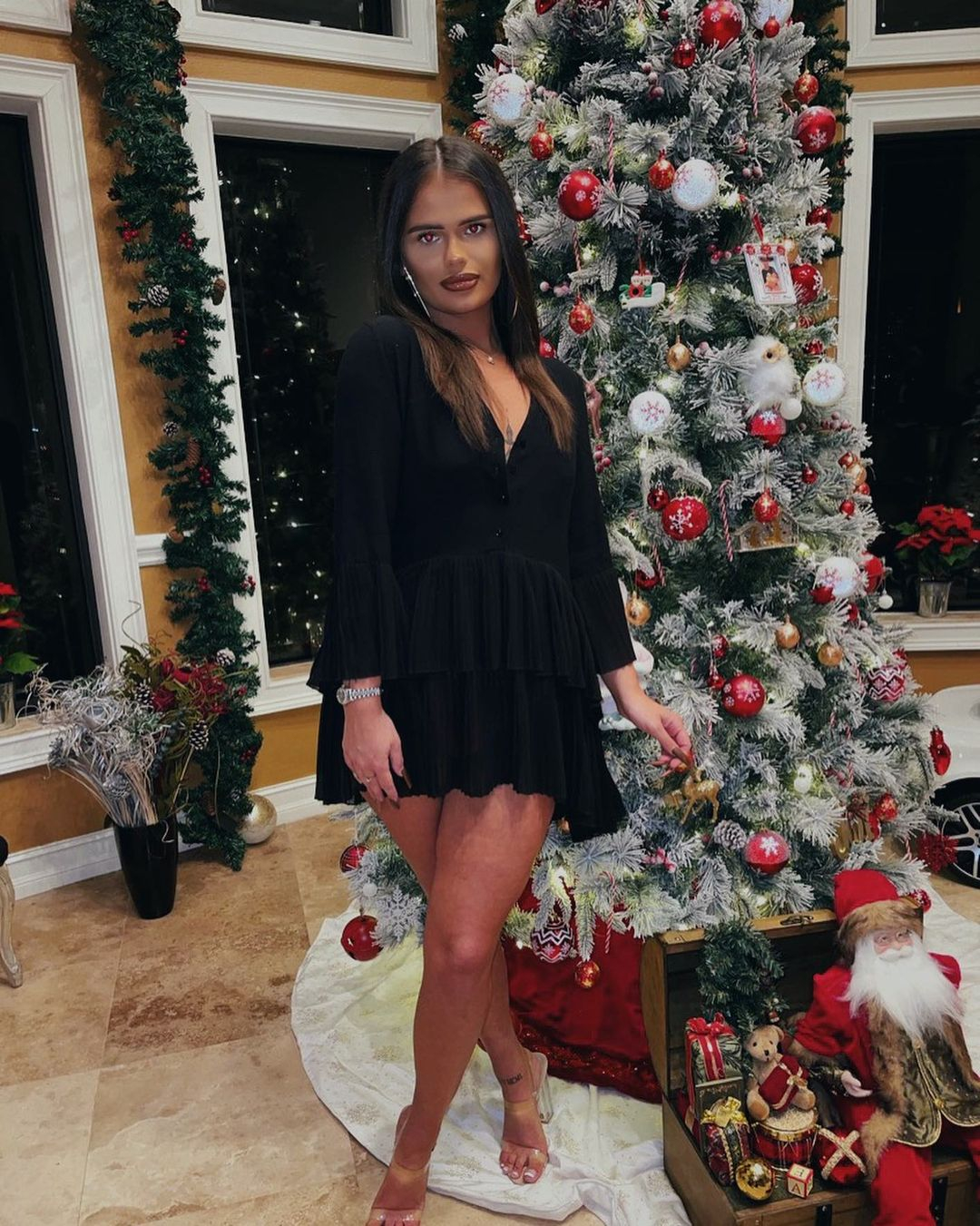 Previously Saffron said her “Christmas crazy” dad always goes “over the top” to ensure they have the best celebrations.

Saffron previously told how she was set to receive a custom-made white Bentley baby supercar.

The pampered daughter told Closer magazine: “In total, Dad and Daddy will spend about £200,000 on everyone's gifts.”

Barrie is currently engaged to Saffron's ex-boyfriend Scott Hutchison, 25, after splitting from previous husband Tony, 55 – but the whole family live together in a £6million 10-bedroom mansion in Florida. 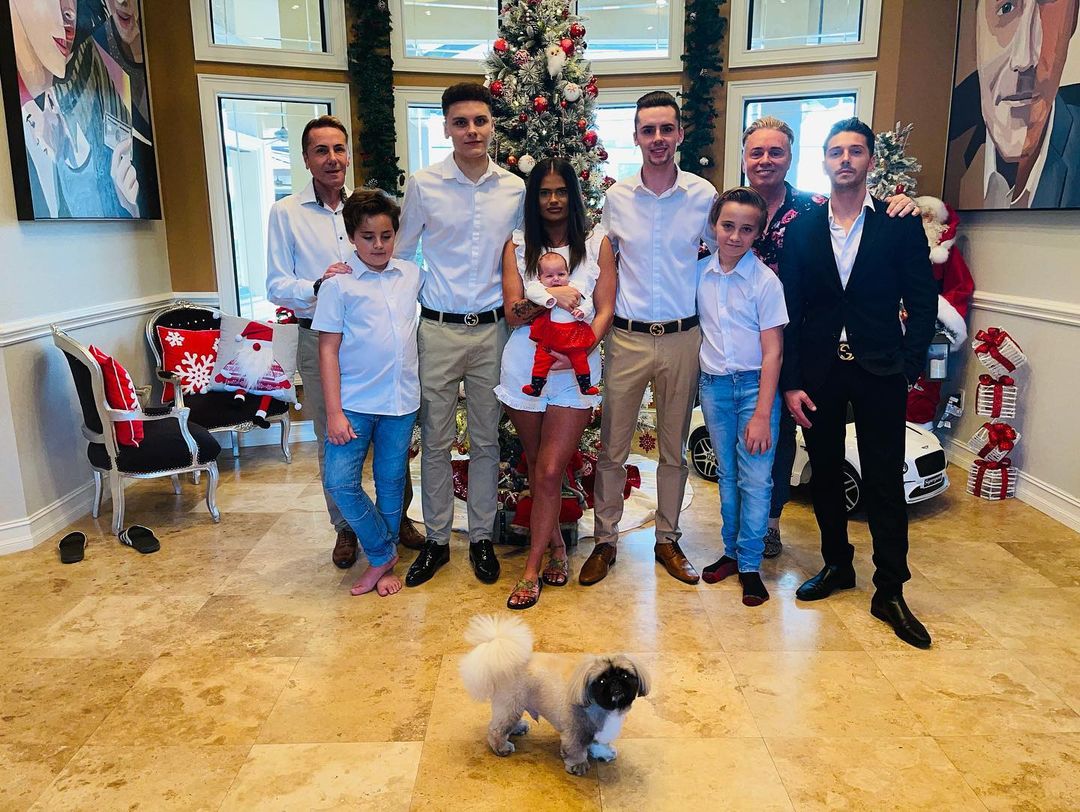 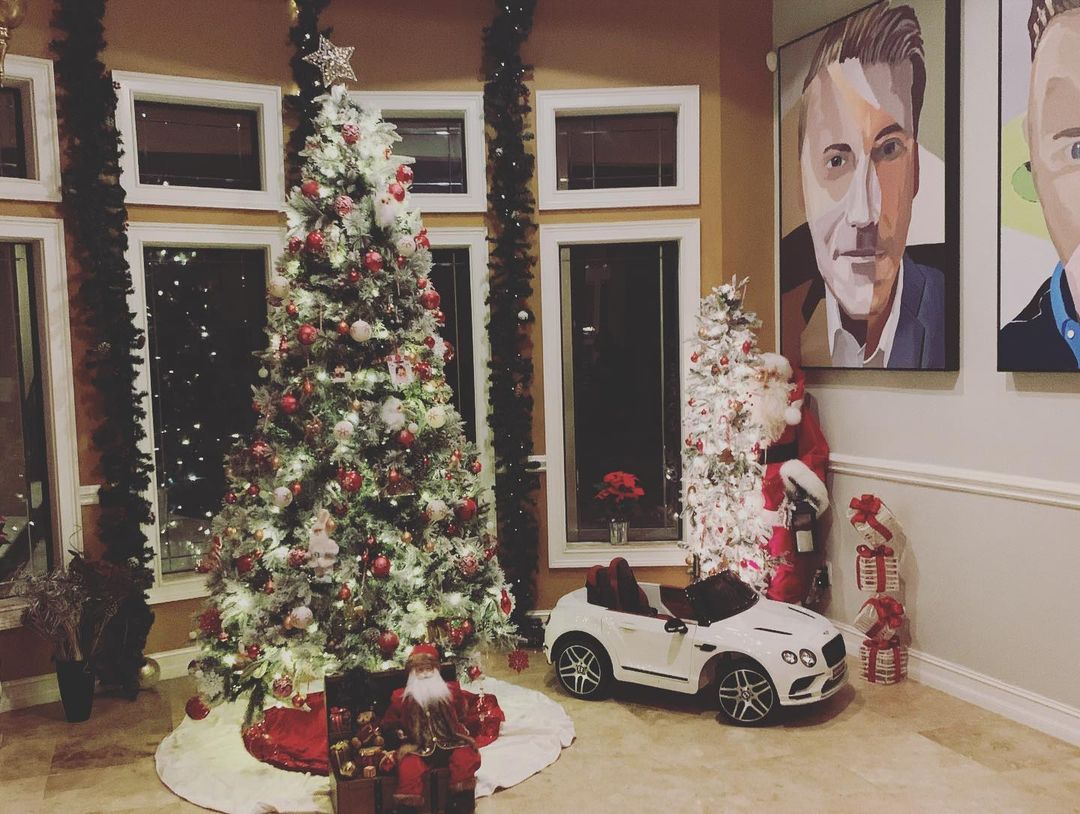 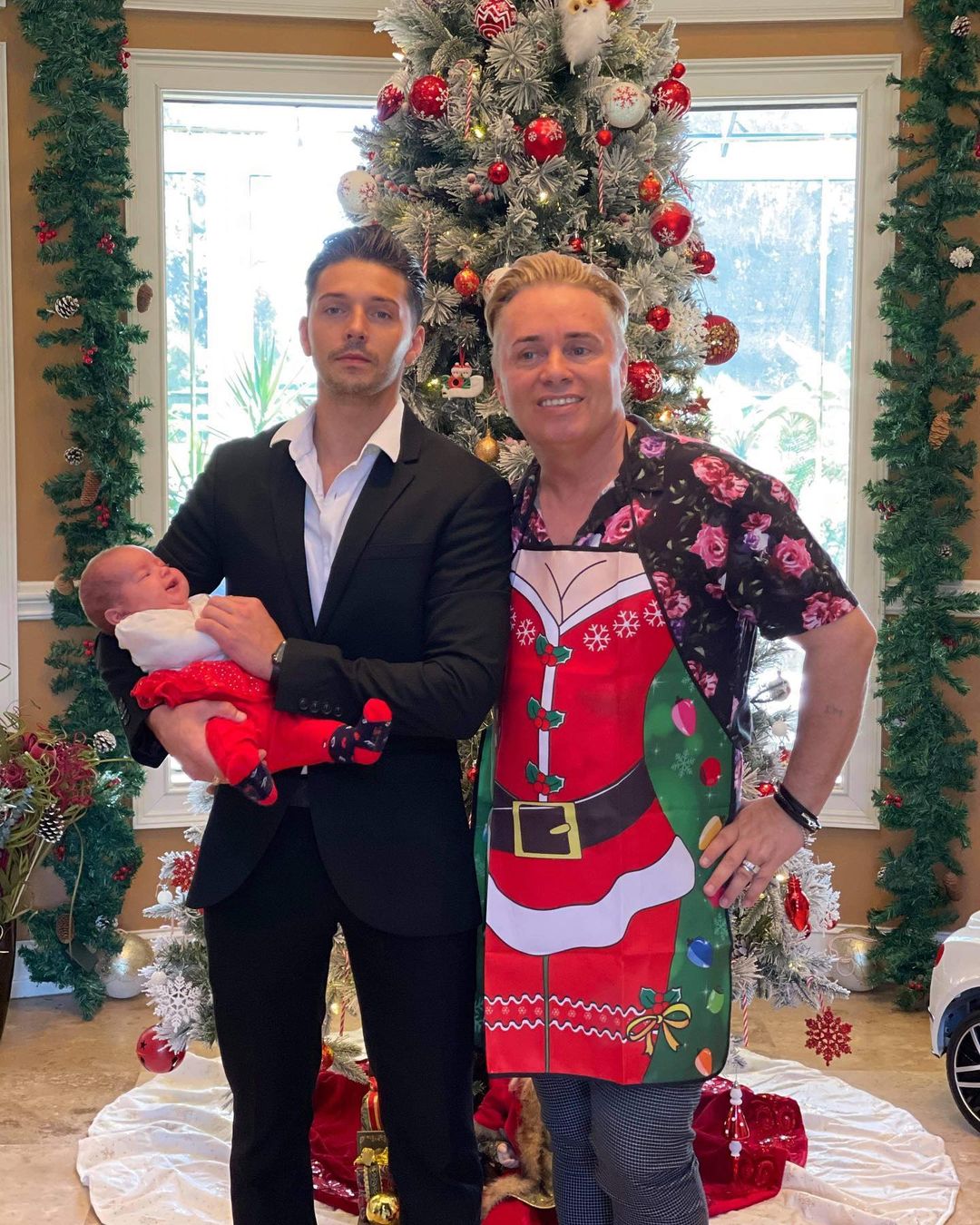 Saffron still lives at home with twin Aspen and her younger siblings Orlando, 17, twins Jasper and Dallas, 10, and baby Valentina.

Saffron added: “Valentina isn't even one yet but she'll be getting a custom made baby white Bentley. For my first Christmas I got a baby Mercedes so it's a bit of a tradition in our family.

“Dad and Scott are also going to invest in some diamond rings and put them in a safety deposit for her when she's older.” 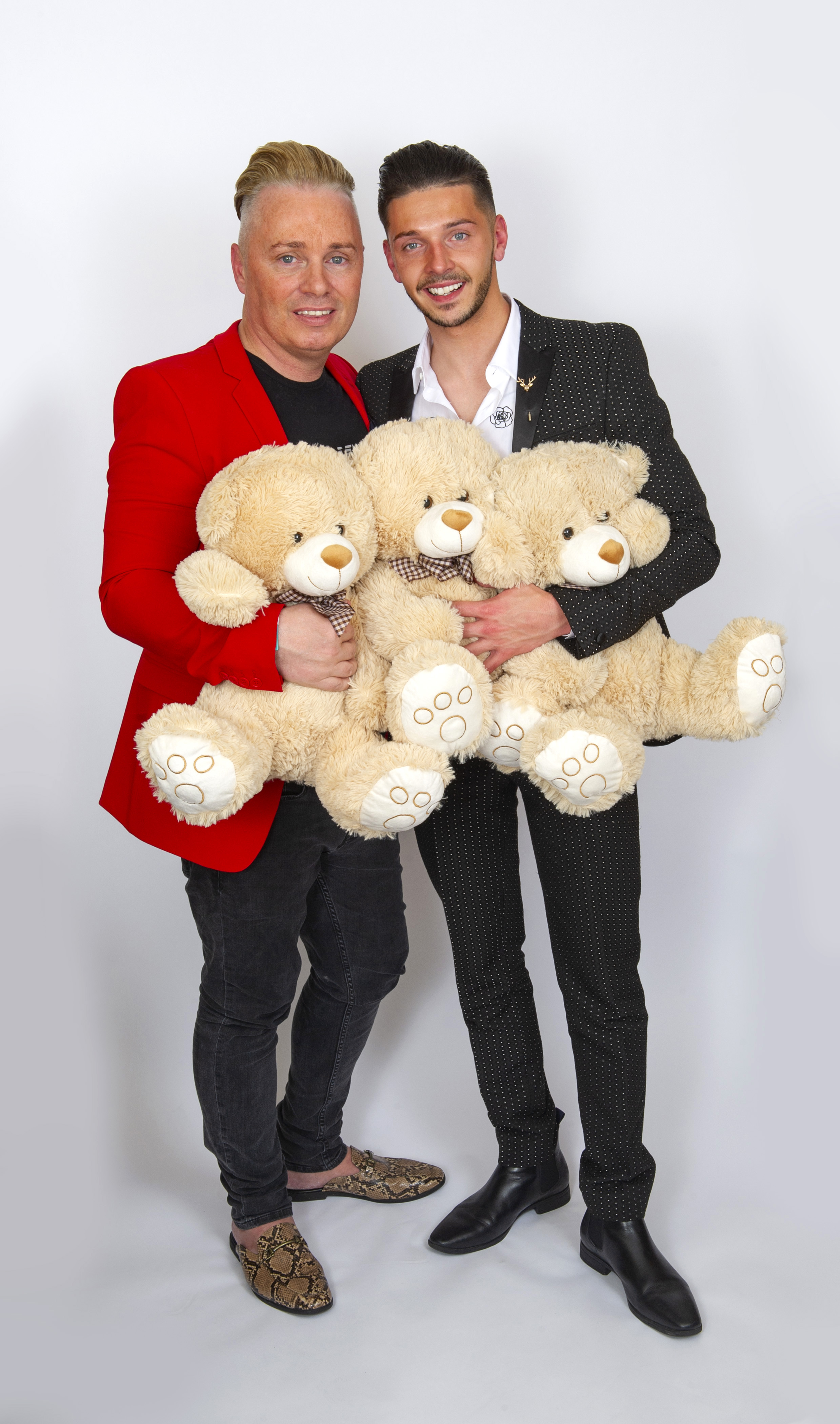 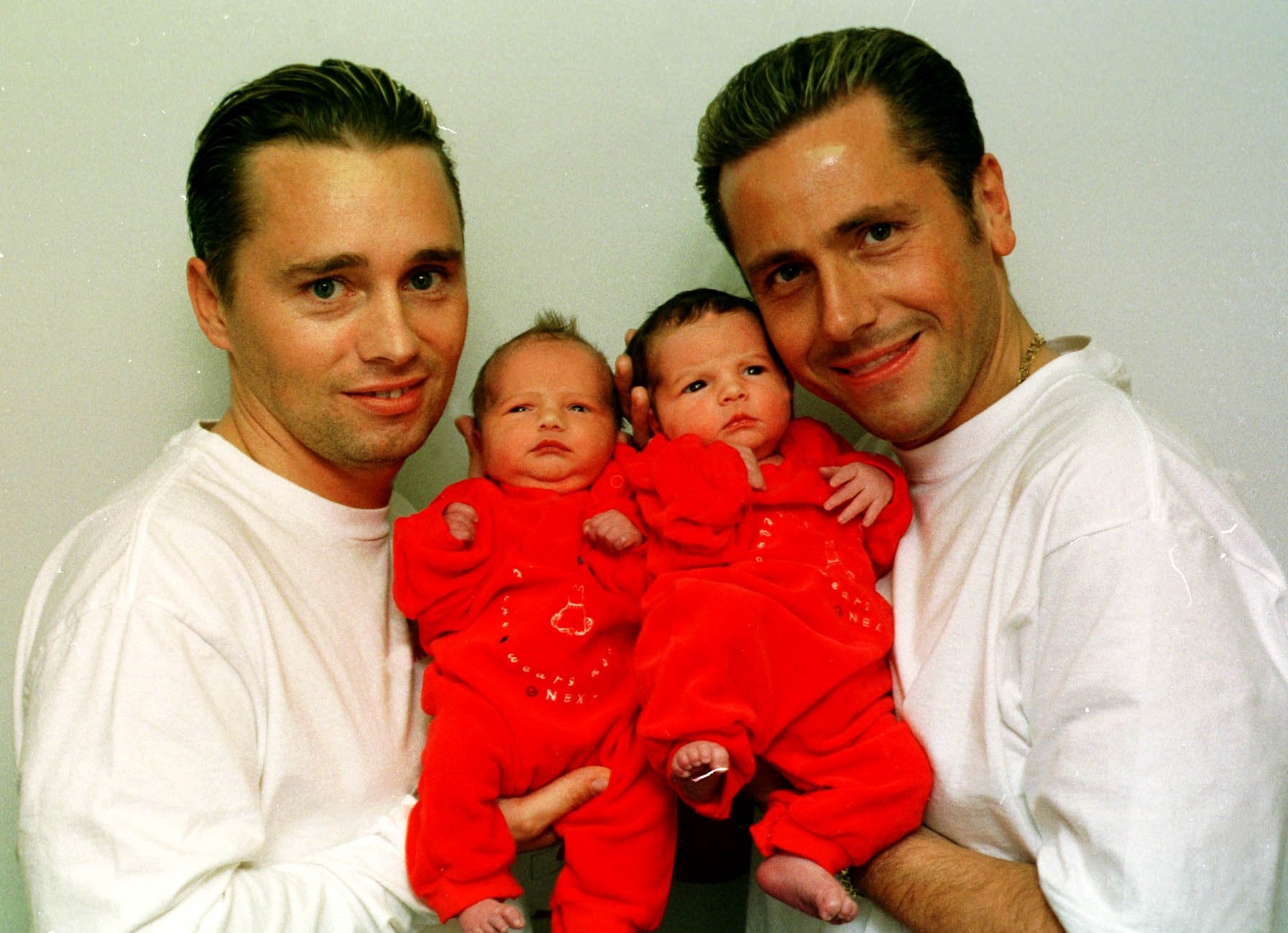 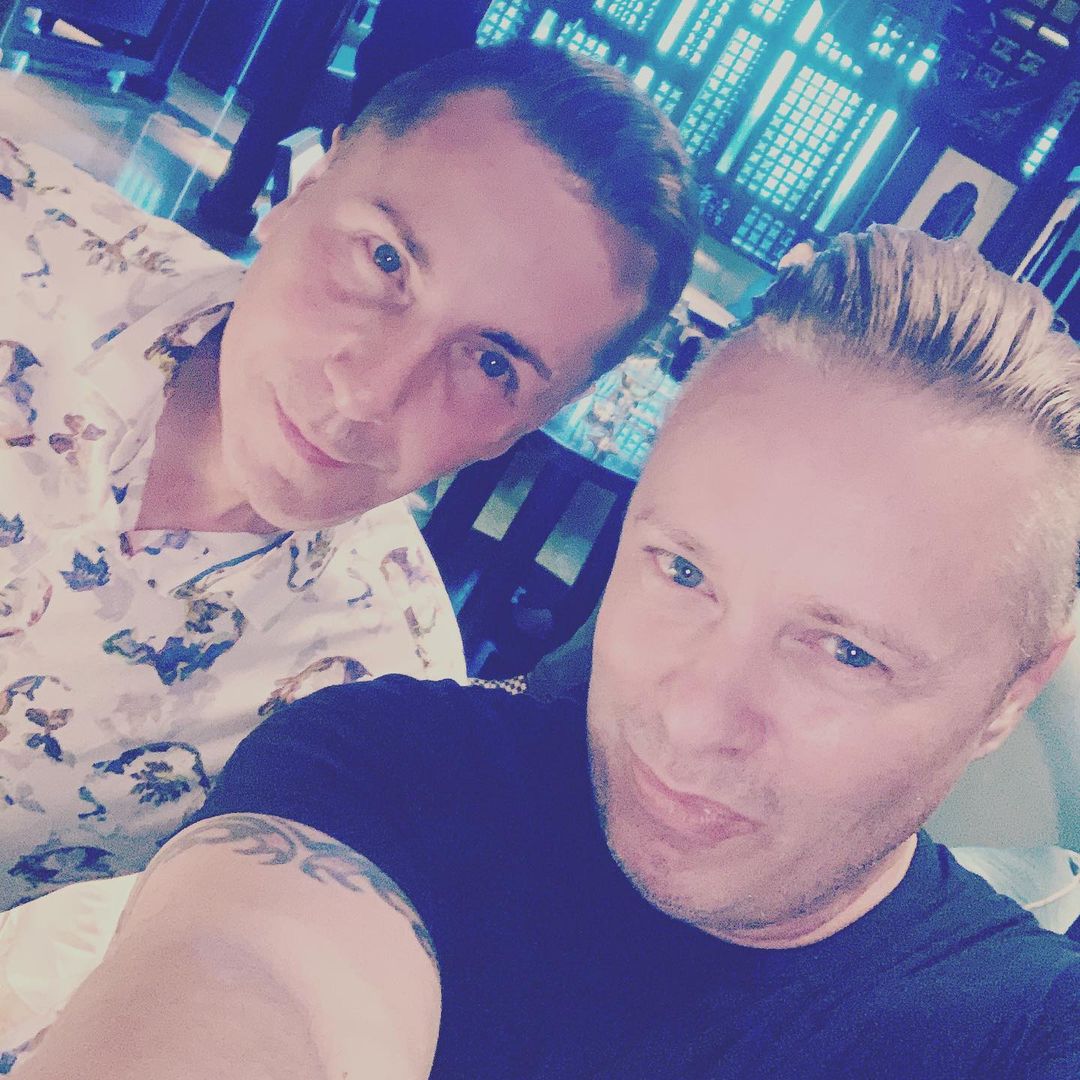 Christmas is set to be a lavish affair in their household this year, like most other years, as they spend £50,000 on large supplies of Champagne, food and “prep” such as trees and decorations.

Christmas day will be catered by a team of professional chefs as well as their full-time cook, and the family had a cleaner and housekeeper as well. 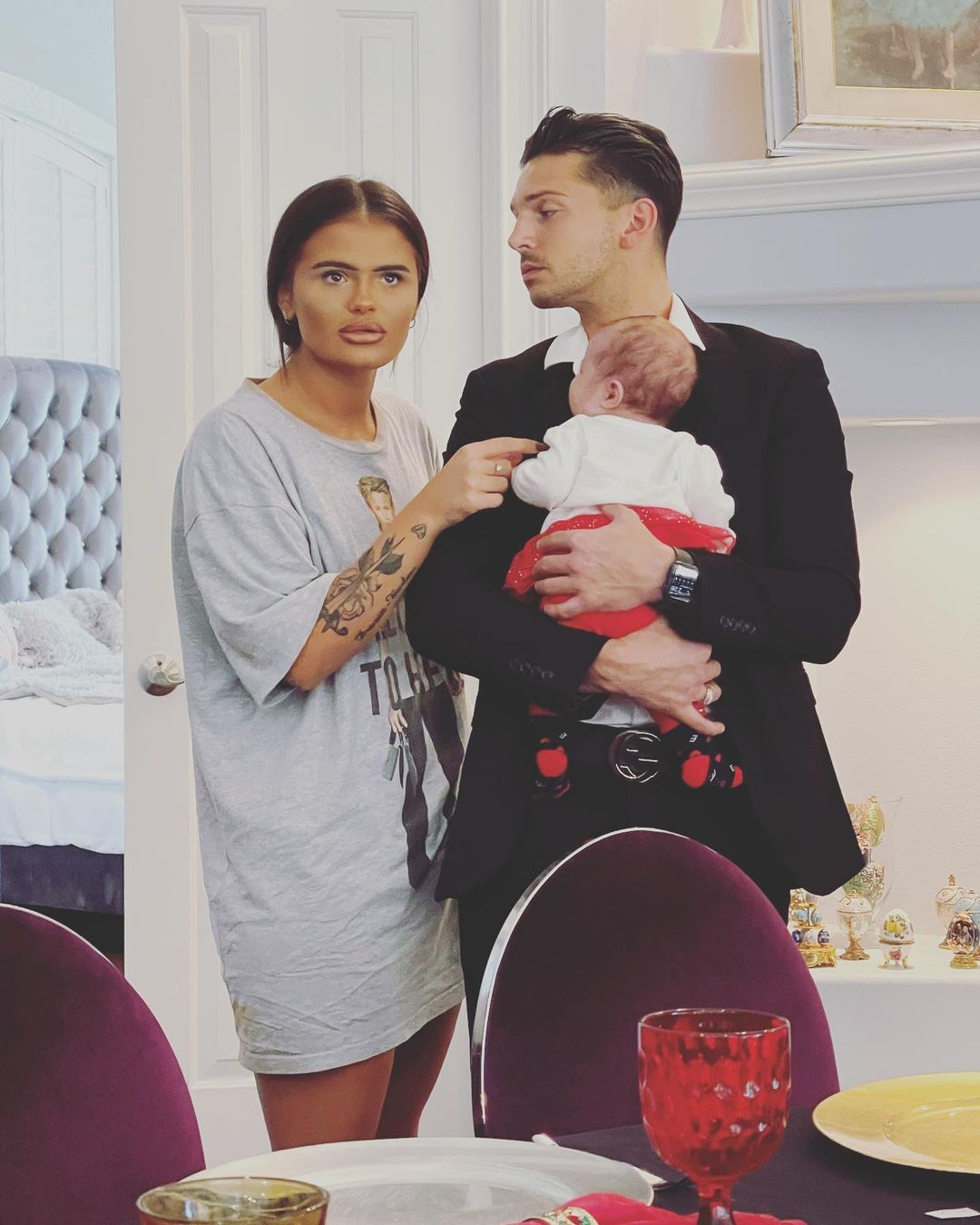 Saffron accepted that she has been spoiled since she was born, and now has a designer wardrobe worth £1million, and a jewellery collection which contains a £400,000 diamond ring.

She added that she hopes to spend more time in the UK and said: “This year I'm getting money for a deposit on an apartment in Manchester.”

Although she receives lavish gifts from her parents, she is now earning her own money after launching her own make-up brand Barking Mad cosmetics, two years ago.

Saffron has recently offered to donate her eggs – so dad Barrie can have another baby with her ex. 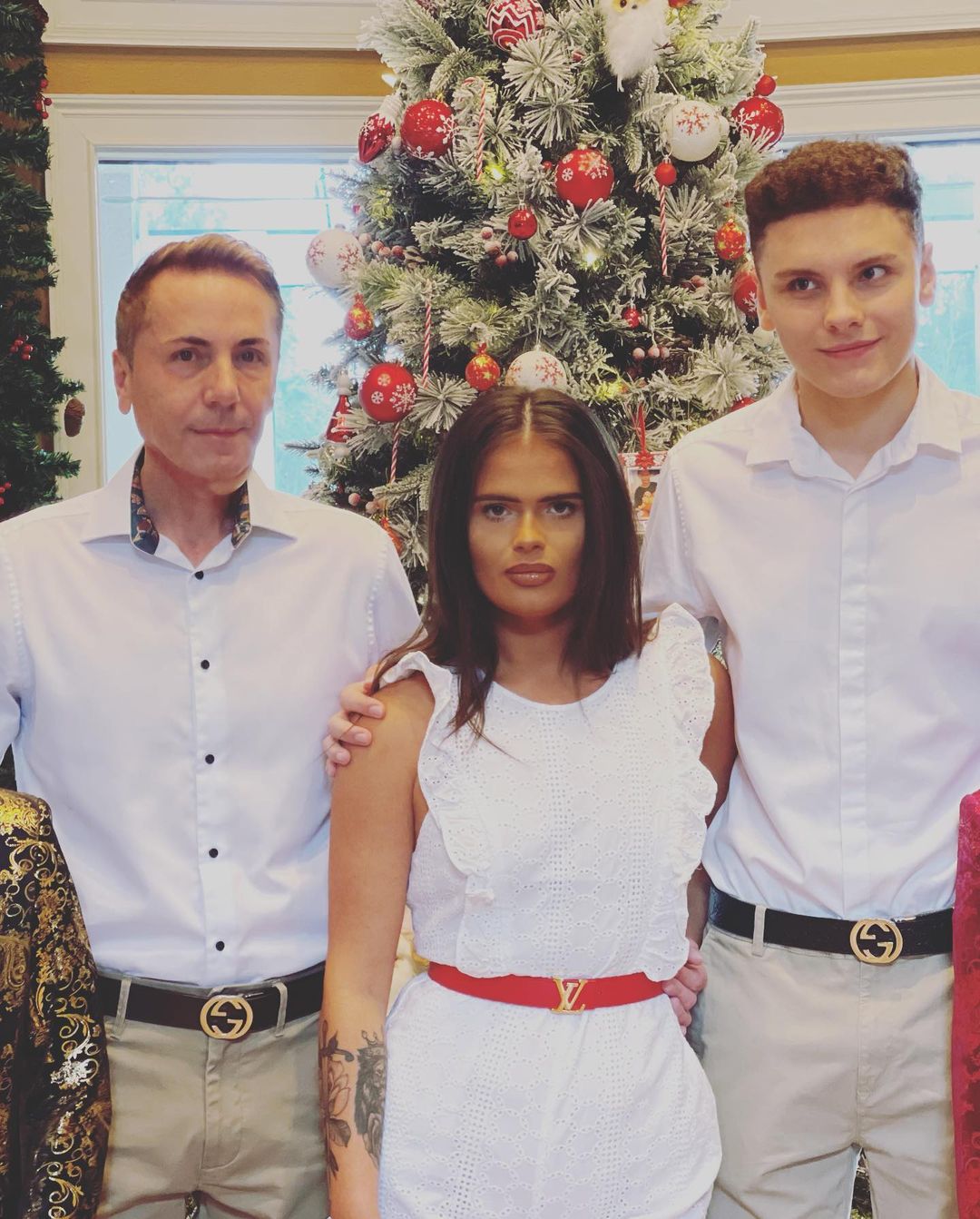 And she insists there's no "weird love triangle" between her, her dad and her ex.

She said: "We had fun, and Scott's a beautiful guy, all my friends fancied him, but we were better off as friends."

Saffron has known Scott since she was 13, when he came to work for her family as a PA. They dated when she was 18 and remain close friends.

Meanwhile Barrie and Tony hit headlines in 1999 when they became the first same sex couple to be formally registered as parents.

Saffron and Aspen, also born via surrogate, were their first and second of five kids together.

The couple became civil partners in 2006 and married in 2014, but Barrie later revealed they "slid into a platonic relationship" after Tony was diagnosed with throat cancer in 2006. 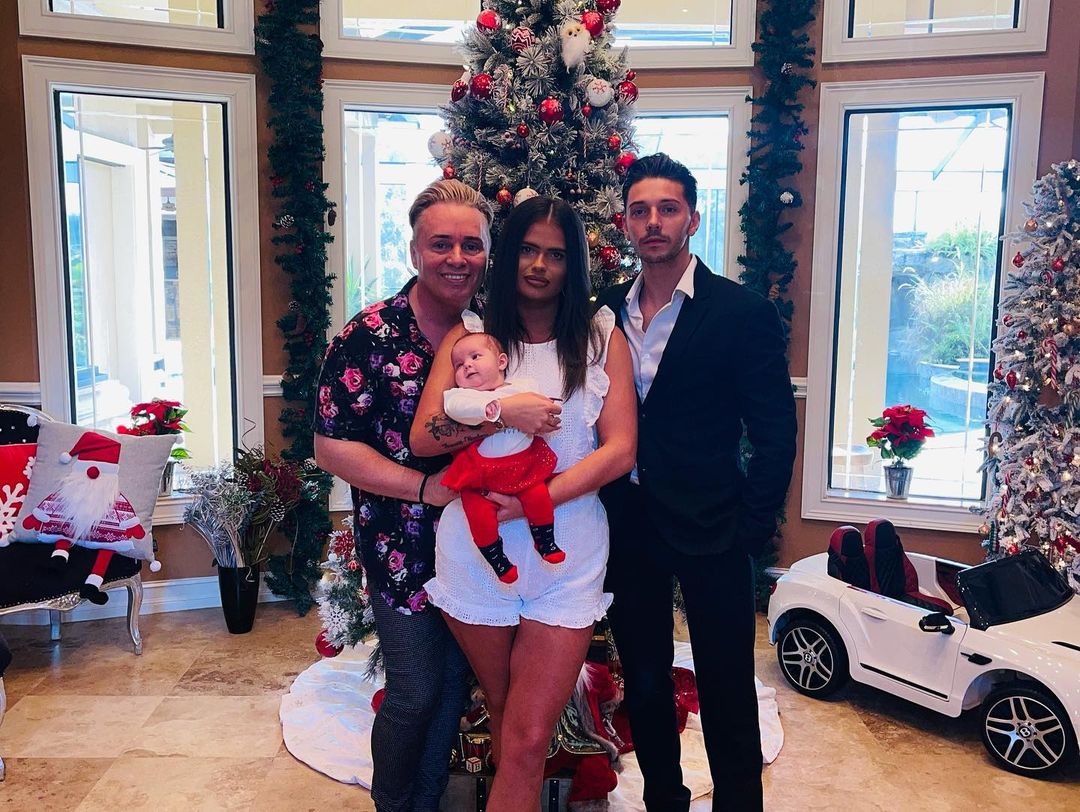 Scott became a "shoulder to cry on" while Tony, who's now in remission, went through hospital treatment in 2018.

Last year, Barrie said Tony remained his "true love" but they had ended their 32-year relationship.

Speaking to Closer, Saffron revealed Tony gave Barrie and Scott his blessing, and said her other dad has found happiness with his nurse, Brent.

She added Tony "doesn't have long left" and wants to die still married to his "first love" Barrie. 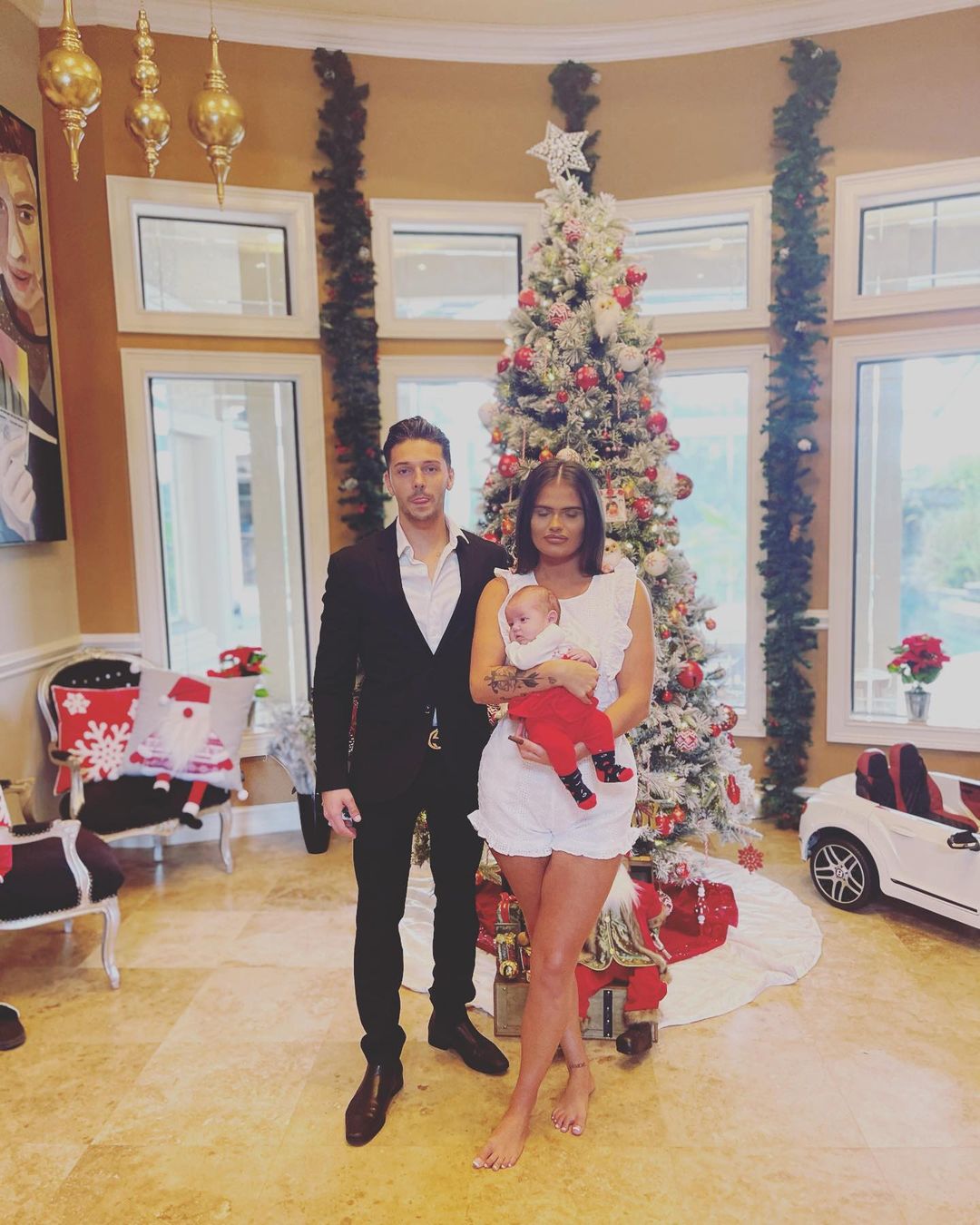 But Barrie wants a divorce so he can marry Scott, who he proposed to in August – on a yacht holiday with Saffron.

"I'm not happy about him divorcing and remarrying so quickly," Saffron said.

"He should wait, and I have made my feelings clear on that. There's no rush – and I don't think it's fair on Dad."

Saffron is also hoping to start her own family, with her "amazing" boyfriend Michael.

We previously revealed how Barrie and Scott celebrated their daughter's birth with £50,000 of baby clothes and are already planning on twins.