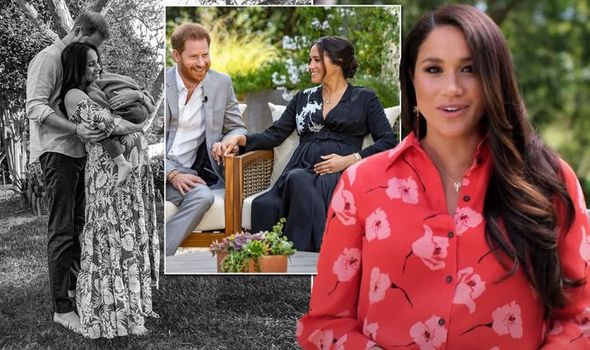 The Duchess of Sussex made a few appearances during her pregnancy with Lilibet, who will be known as Lili according to the couple’s announcement. She wore a loose-fitting, light, white maxi dress for the pregnancy announcement photo.

A friend and photographer made the announcement on Instagram and wrote: “Meg, I was there at your wedding to witness this love story begin, and my friend, I am honoured to capture it grow.

“Congratulations to The Duke and Duchess of Sussex on this joyous news!”

The dress is from a favourite designer of the Duchess, a Carolina Herrera gown.

The dress was a custom-made piece, which would be more expensive. Herrera dresses sell for, on average, £2,000. 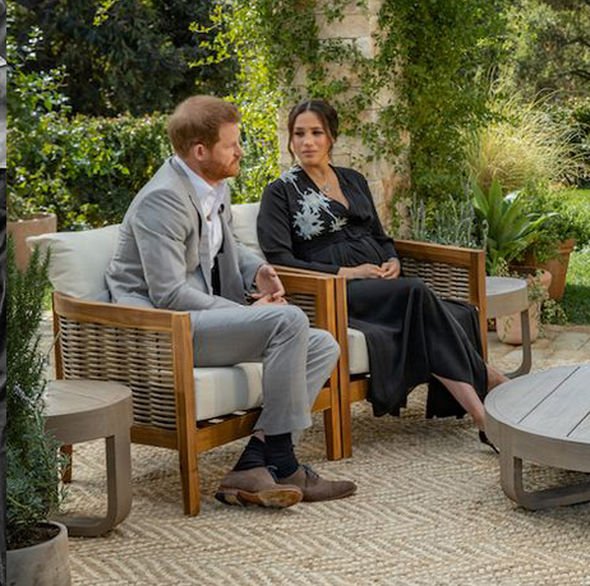 Meghan Markle’s next appearance, to announce the Archewell podcast, saw her wearing a summery dress.

Later came the unforgettable interview with US chat show host Oprah Winfrey, during which Meghan and her husband made a number of shocking claims about the British Royal Family.

Shot in Oprah Winfrey’s back garden, Meghan wore a black dress for the event.

She wore the Long Silk-Georgette Gown by Armani. The gown features a v-neck and a white abstract pattern on the bust. It costs £3,325.

The day after the interview, Meghan and Harry posted a picture with their son Archie.

Meghan held Archie in her arms which Harry cradles her from behind.

The Duchess was wearing the La Ligne Pyper dress, £280. 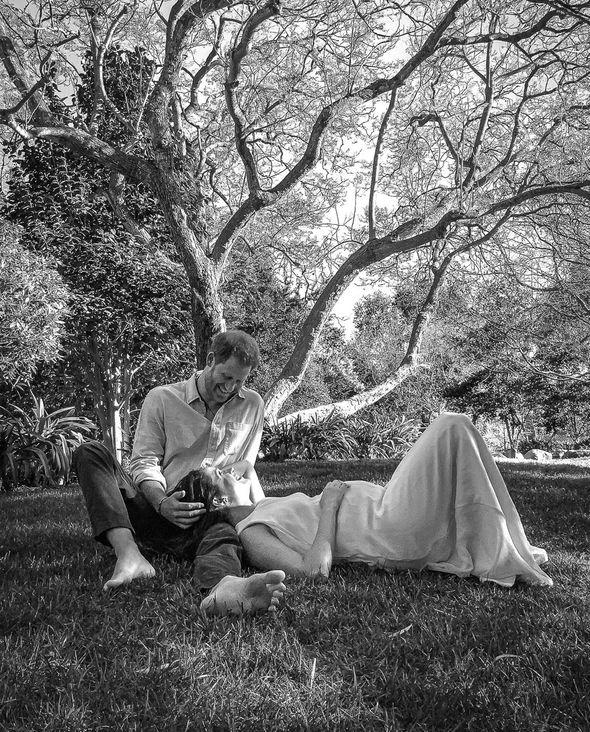 To take son Archie on his nursery school run, Meghan dressed down in a Cuyana Anorak Coat, £210.

She paired it with the Madewell Distressed Maternity Jeans, £100, and Valentino Garavani Roman Stud flats, £460.

Meghan appeared virtually at the VAX LIVE: The Concert to Reunite the World concert, raising awareness about the vaccine. She debuted two new items. 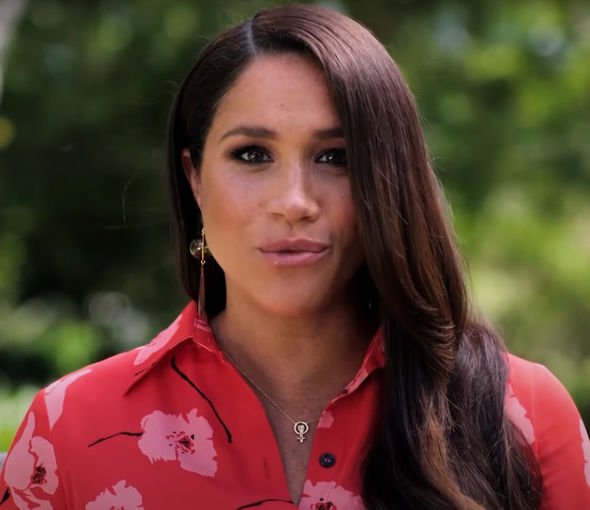 She accessoried with a necklace with a feminine message, wearing the Woman Power Charm Necklace from Awe, £133.

And, lastly, in a surprise cameo in Prince Harry’s recent mental health documentary, she wore the Mere Soeur Raising the Future t-shirt, £27.