A CAT mum found a way to let her indoor cats explore the outside world safely – after her previous kitten was killed on the road.

Clare Bryson, a clinical practitioner at A&E,wanted a cheap solution that would let her two fur babies venture out of the house without going missing. 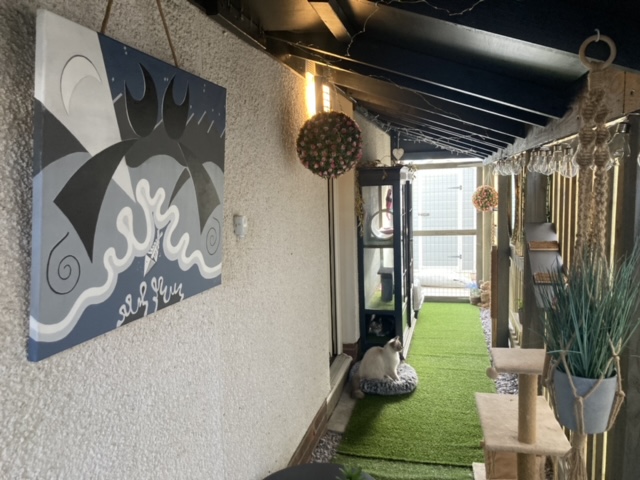 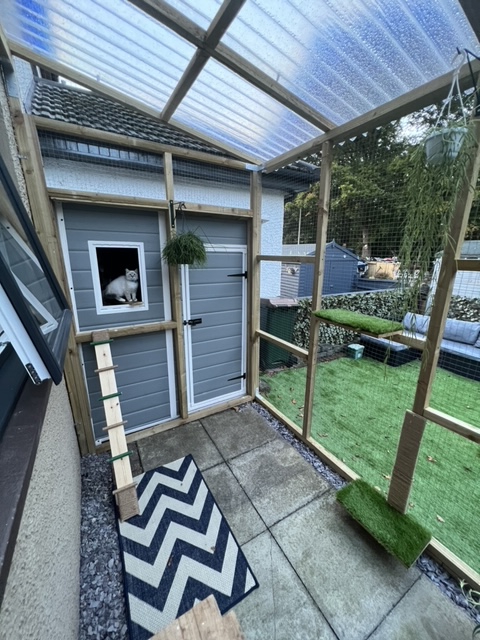 The 35-year-old had seen her neighbours utilising their garden space to set up sheds or even backyard bars, and decided to turn hers into an extension for her cats.

Only after completing this DIY project did she realise how popular having a 'catio' was becoming.

She was able to paint and decorate the animal play area for under £100 by using secondhand items.

She said: "I bought solar-powered string light bulbs from Aldi for £10 a box.

"I created ramps from bits of old kitchen kickboard I had left over, cut up bits of wood from my son’s old bunk bed slats and glued on jute rope to make steps and scratching poles.

"The jute rope was just £10 from Amazon.

‘I upcycled the kids’ old drawing table by painting it with the leftover paint.

How much of Harry's garbage can we actually believe?

"I have previously made YouTube tutorials on jute macrame plant hangers and tie-backs so I used these as decoration/play items."

Now that the Ragdolls have plenty of space to roam, the health professional has started breeding new kittens who also love the 'catio'.

Clare said: "‘I would definitely do a project like this again.

"Now that I know Catios are a thing I’ve looked at quite a few, and there are so many great ideas, it’s become very popular.

"I’ve since helped my friend make one, completely different, which is also available to view on my Instagram and YouTube.

" I like to inspire females to give DIY a go as so many people I know seem to be afraid of it and rely on their partners rather than do it themselves."