A mother who was so unhappy with how much she weighed at her first wedding dropped more than 12 stone to do it all again in a second Caribbean ‘ceremony of dreams’.

Louise Box, 47, a bank manager from Derbyshire, tipped the scales at 24 stone and was a size 30 when she tied the knot in a dress ‘ the size of a bedsheet’ to Richard in 2007. 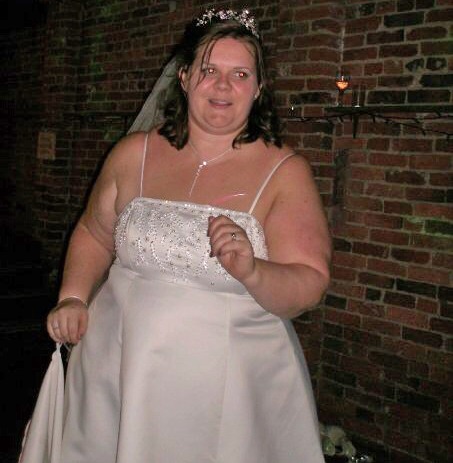 The mother-of-one, whose weight had yo-yoed after she gave birth to her daughter Olivia in 1997, decided to slim down after seeing ‘humiliating photos’ of herself taken at a Christmas do in 2013.

She joined Slimming World, losing three stone a year for the next three years – and her husband arranged for the couple to renew their vows in the Dominican Republic in 2018 when Louise reached her target weight of 11st 5lb and a size 10.

She said: ‘‘I had horrendous morning sickness while pregnant. I was sick all day and not gaining any weight, so I would have a huge meal in the evening.

‘And that stuck – I would eat unhealthy foods, like lasagne with chips and garlic bread, with biscuits, all washed down with litres of coke. 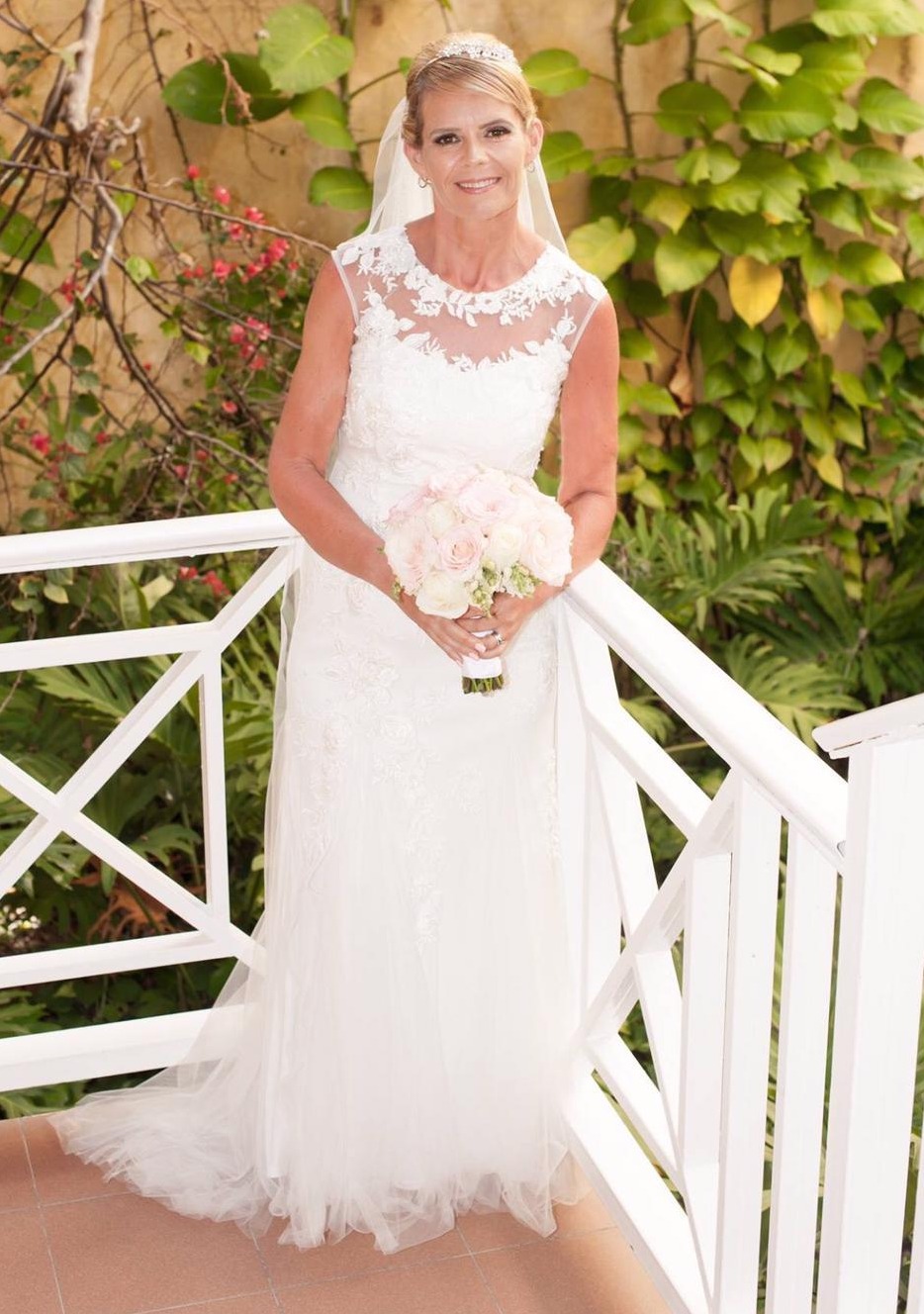 ‘I met Richard on a dating site in 2007. We clicked straight away and he never commented on my weight. He loves me for who I am.

‘Our wedding was lovely, but I never wanted to be in the forefront. I hated being in the photos. I was a size 30 and wearing a dress I’d ordered online – it was the size of a bedsheet.

‘I wasn’t happy but I put on a happy front and didn’t say anything – not even to Richard. 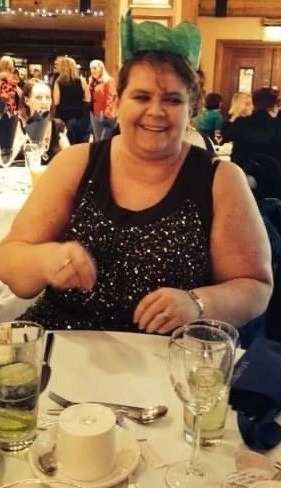 ‘I hid my frame away in leggings and baggy tops and tried loads of fad diets, but they were just short term and nothing worked.

‘Exercise was really hard and I was out of breath just walking up the stairs.’

Louise admits she would comfort eat with Richard in the evenings – tucking into crisps and chocolate. 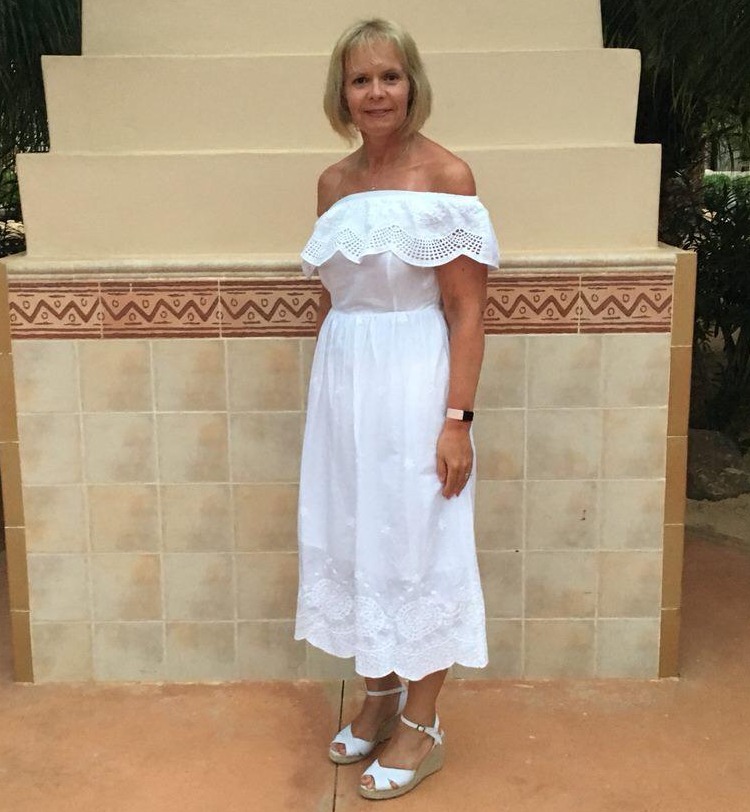 Then in 2013, she went to a work Christmas do – and was snapped wearing a green cracker hat. When she was shown the photo, she felt humiliated.

‘I was really upset,’ Louise said. ‘I knew I couldn’t stay this way any longer.

‘The following January, I joined Slimming World. I stood on the scales for the first time and it showed 24 stone – the consultant said to me I would never see that number again – and she was right. 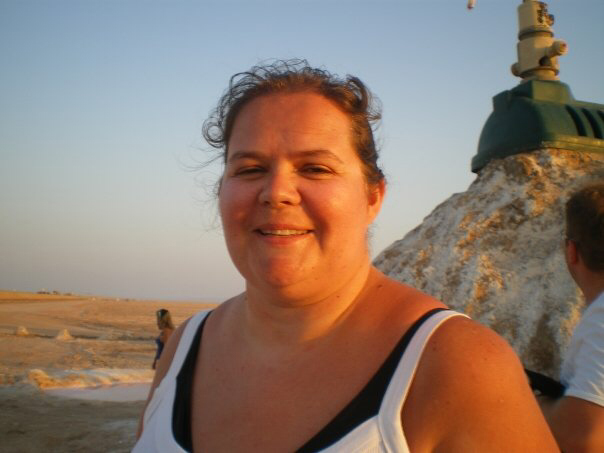 Lasagne with chips and or garlic bread

‘I lost eight pounds in the first week, which was amazing. I knew I would never go back to the old me – I was eating healthy meals every day, and started exercising too.

‘Over the next three years, I lost three stone a year. Richard supported me every step of the way – buying me flowers and a fruit box for Easter instead of chocolate eggs.’

Louise eventually confided in Richard how unhappy she had been at their first wedding. So when she reached her target weight, he bought her the size 10 dress she had always wanted. 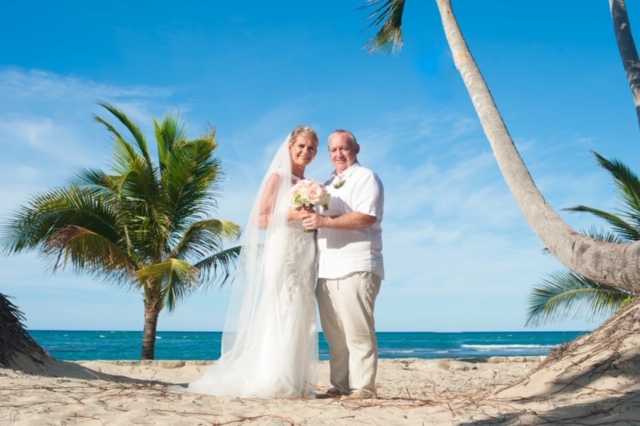 And they booked a luxury resort in the Dominican Republic so they could renew their vows in 2018.

Louise said: ‘It was the wedding I had always dreamed about having, but never thought I’d get.

‘We had the most amazing day with a ceremony on the beach. My husband bought me the dress I wished I could have worn at our first wedding – it was a size 10.

‘My daughter and her partner were both there – it was perfect.

‘I felt the most beautiful I’ve ever felt in my life. Looking in the mirror after I’d had my hair and makeup done, I had a little cry. 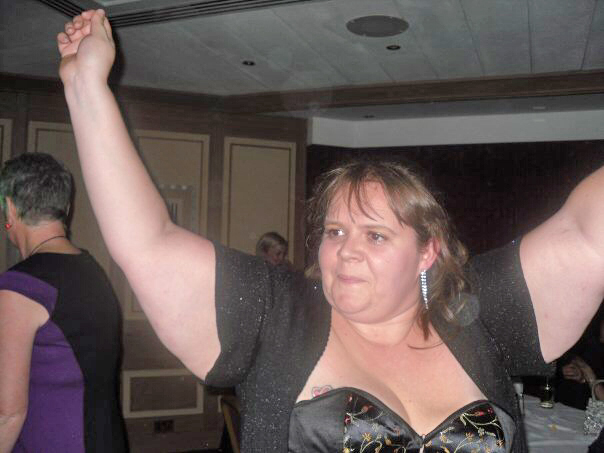 ‘I felt it was how I should have looked my entire life. I’m really proud of myself.’

Louise said there’s no looking back – she now enjoys doing activities with her daughter, 22, such as ziplining – something she never would have dreamed of before.

‘I’m so happy now. This is me. I have more energy, more ability to do things I never would have before.

‘This is me, I feel happier, more energy, ability to do things that I would never have done, such as zip-wiring in Wales, parasailing while overseas. Losing weight really has changed my life.’ 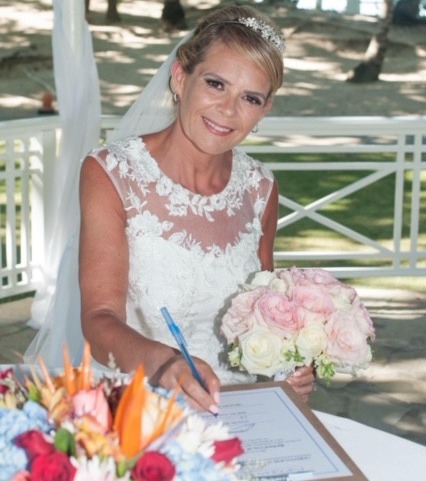 Meanwhile Sophie Kasaei has lost 10lb during lockdown by ditching takeaways – but still has no idea what size she is.

Plus this woman was size 24 but she's finally got her sex drive back after losing eight stone in a year.