CARRIE Symonds was the belle of the football – thanks to fashion inspiration from the Duchess of Cambridge.

She wore a £250 blue tailored blazer from Reiss as she watched England beat Denmark at Wembley with husband Boris. 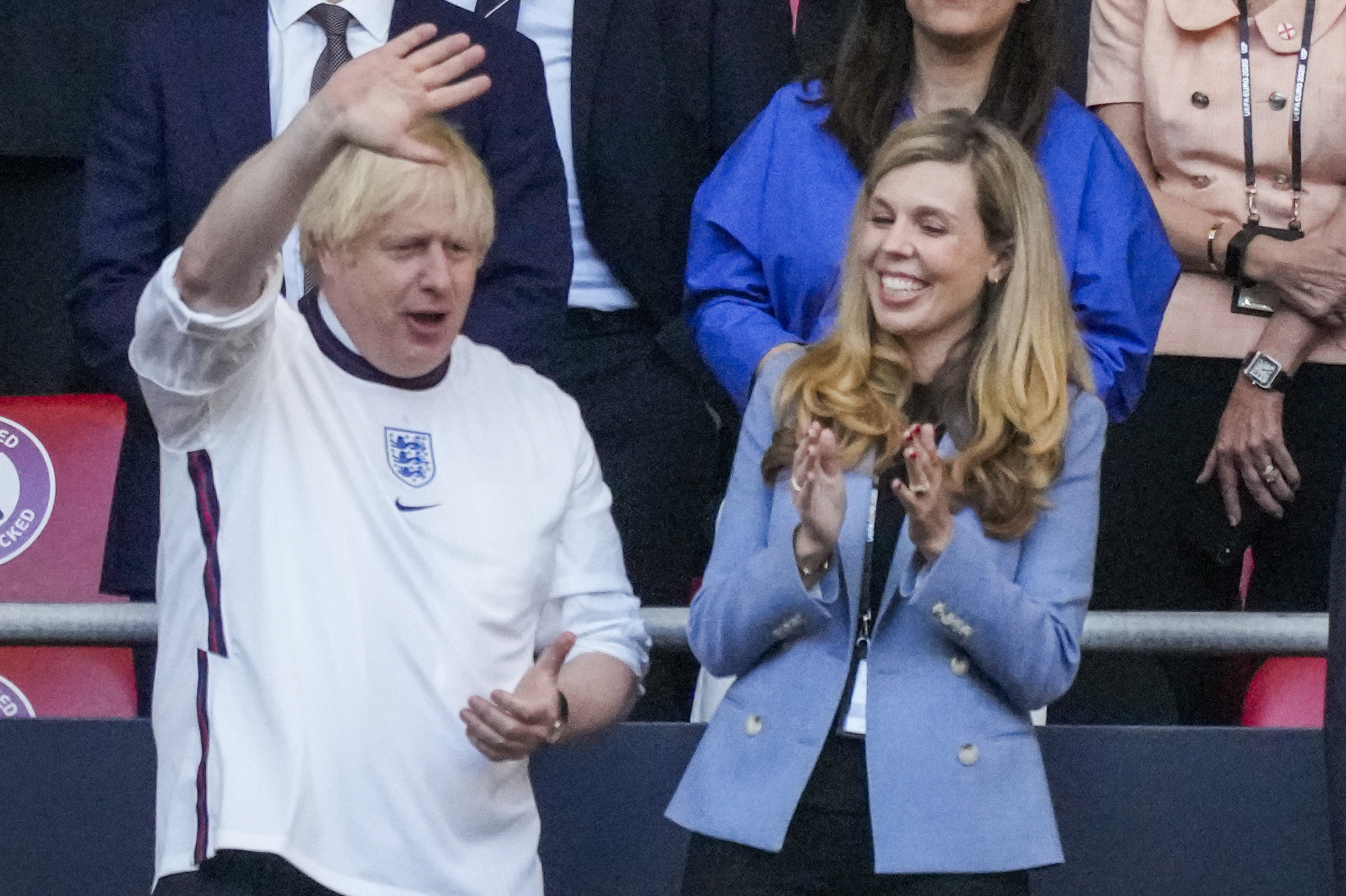 It was similar to a red number that Duchess of Cambridge sported at the same stadium when our footie heroes beat Germany last week.

And it isn’t the first time Carrie and Kate’s dress sense has been in synch.

Now she is a “first lady”, Carrie has swapped tennis trainers and above-the-knee dresses for classic court heels and mid length hemlines.

Kate also gave herself a makeover, ditching the mini skirts paired with flat long-leg boots she had worn before her marriage in 2011.

But the PM’s wife still likes to put her own spin on things – most notably by showcasing her passion for sustainability by renting outfits from outlets such as My Wardrobe HQ and Hurr Collective instead of buying them.

We take a look at all the times football fans Carrie and Kate have been on the same fashion team. 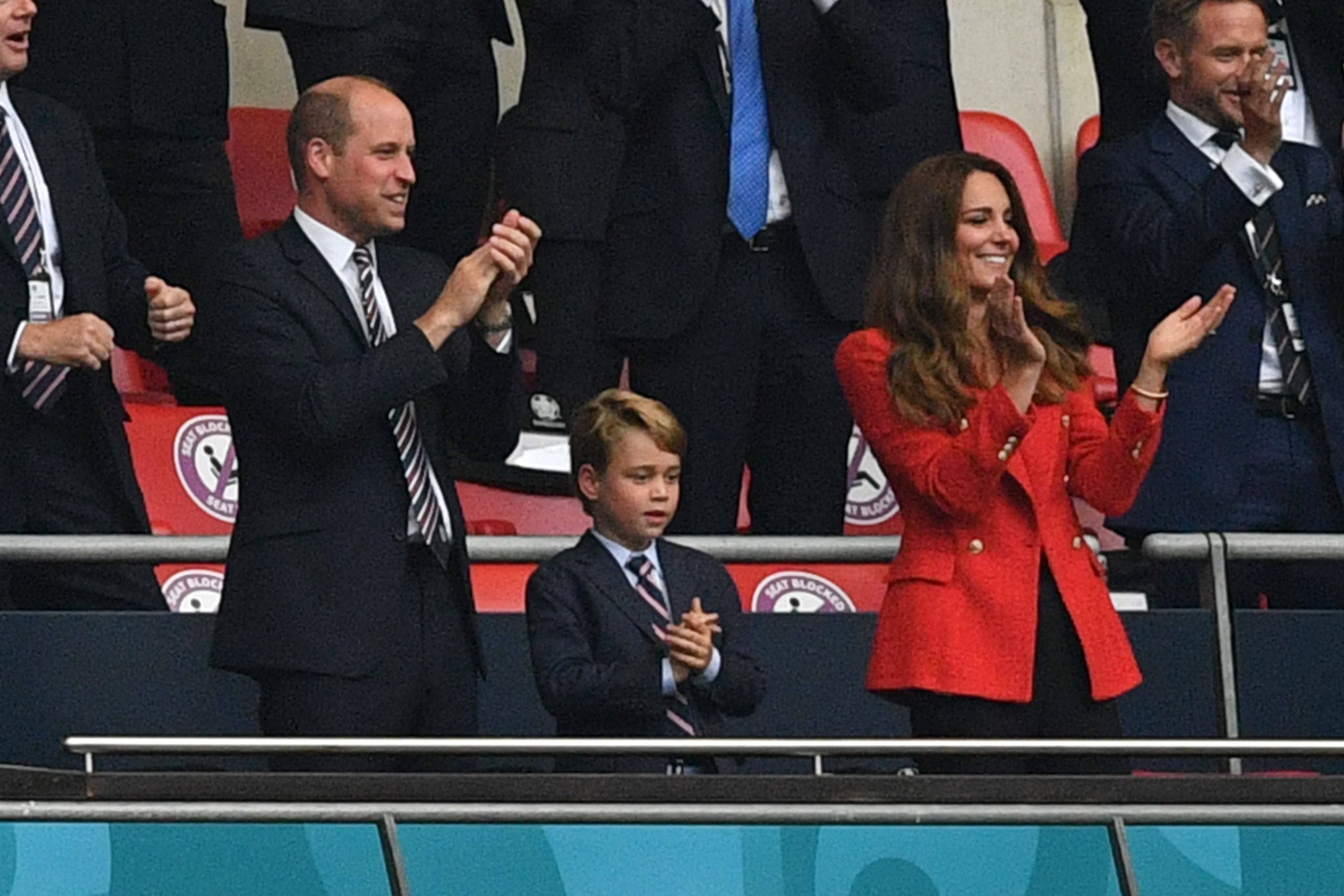 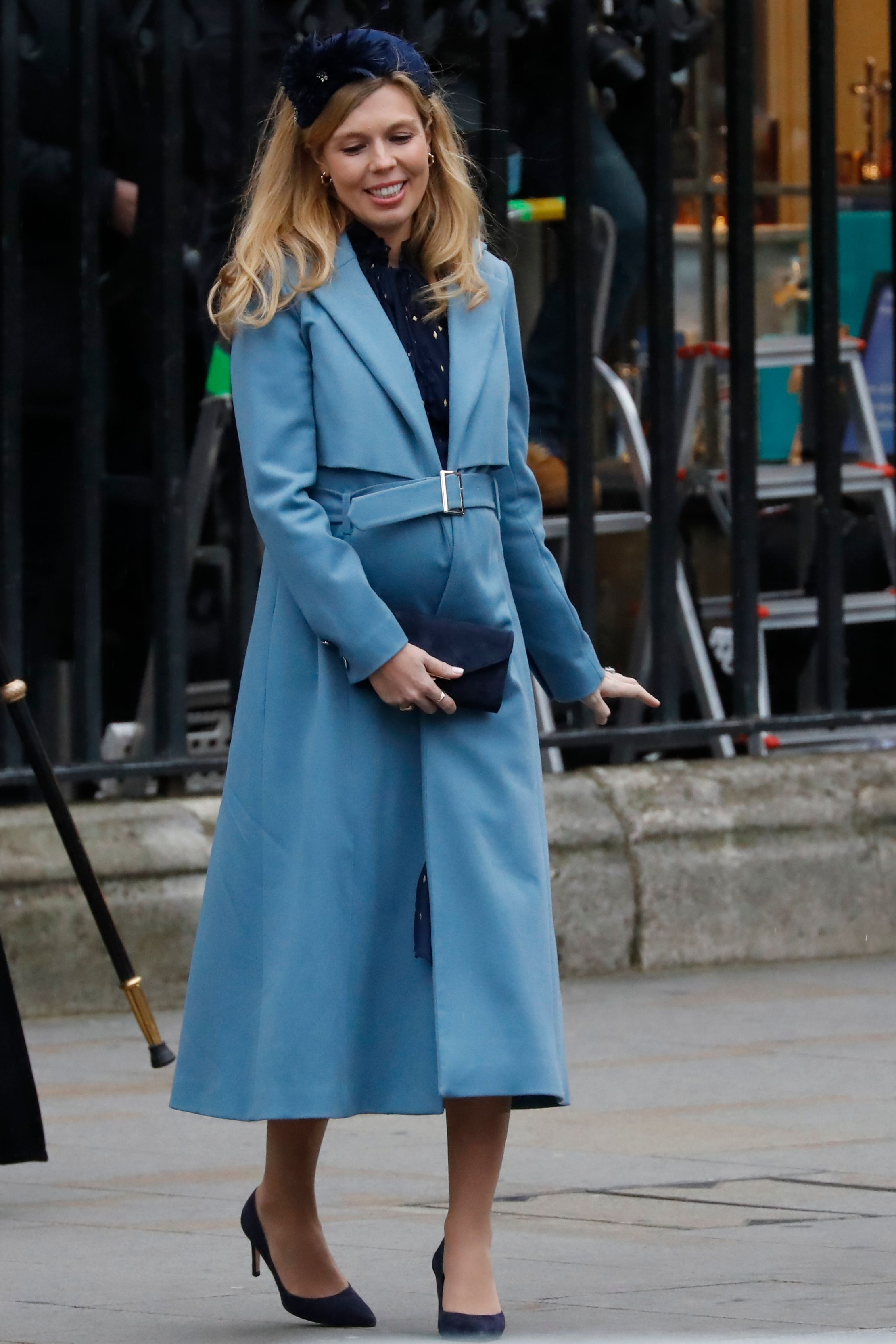 TAKE IT TO THE MAXI

For a trip to the RHS Chelsea Flower Show in May 2019 Kate matched her surroundings and wowed in a floral maxi dress from Erdem.

AT the Pride of Britain Awards, Kate wore a blue two piece which included a blazer by Smythe – one of her staples that she has worn many times.

Carrie opted for a cobalt blue suit at last month’s G7 summit. She rented the £990 outfit for £80 from My Wardrobe HQ.

Carrie rented her black floral dress for a G7 event. The frock by Vampire’s Wife – a brand also loved by Kate – would set you back £1,150, but is only £72 to rent from Hurr. 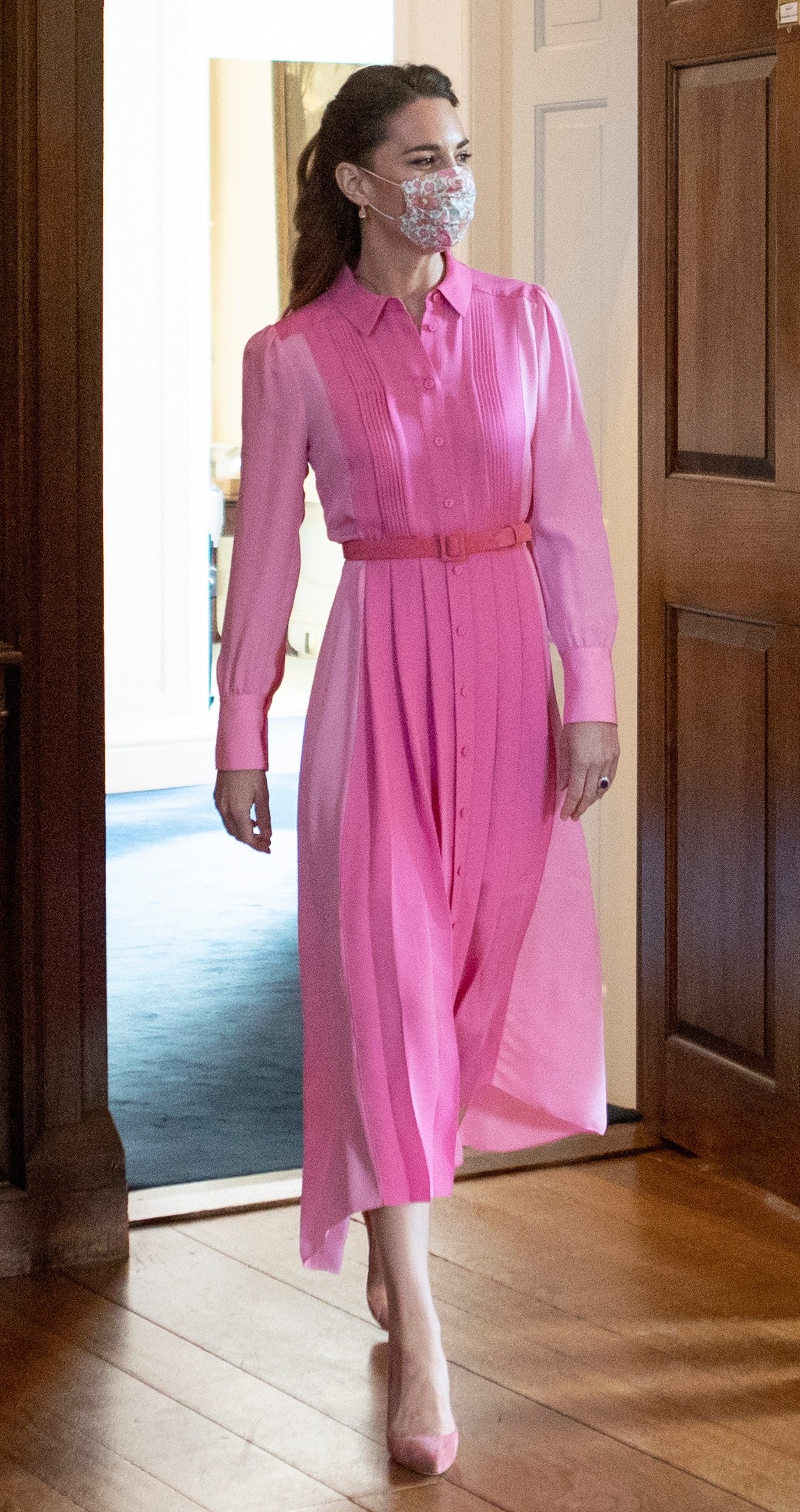 During her royal tour of Scotland, Kate looked pretty in pink in a £450 Me + Em number.

Less than a month later at the G7 summit in Cornwall, Carrie took inspiration from Kate and also wore a midi dress in the same colour. She rented the Roksanda frock for £107 from Hurr. 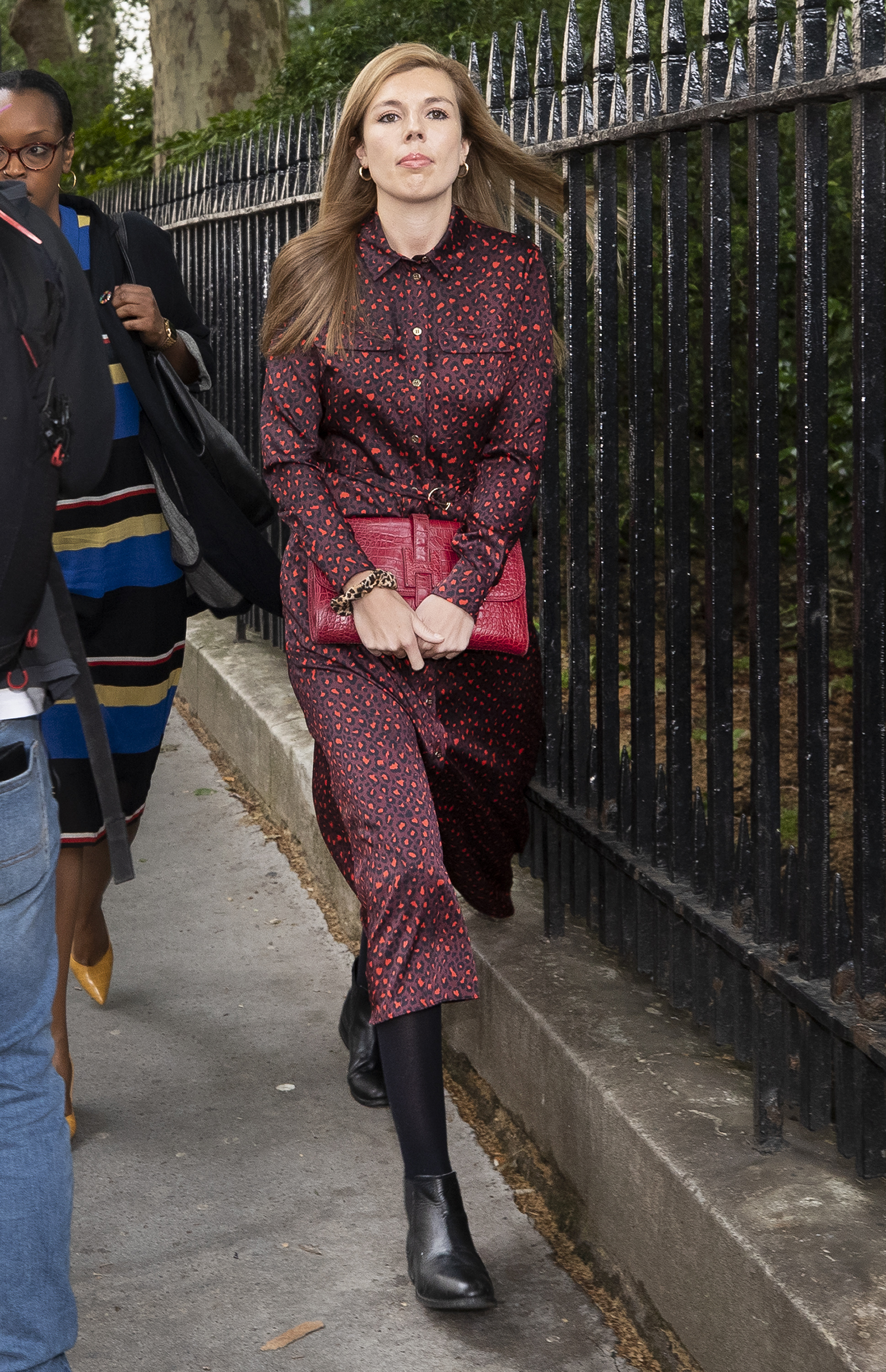 Carrie also has a love of printed midi dresses, wearing a Karen Millen number in June 2019 during Boris’ leadership campaign.

Both ladies accessorised with a clutch.