WHEN Shannon Menger started feeling increasingly sleepy and began experiencing stomach pains, she assumed it was due to her five am starts for work.

And given she was a fitness fanatic and extremely health conscious, the last thing to cross her mind was that it could be cancer. 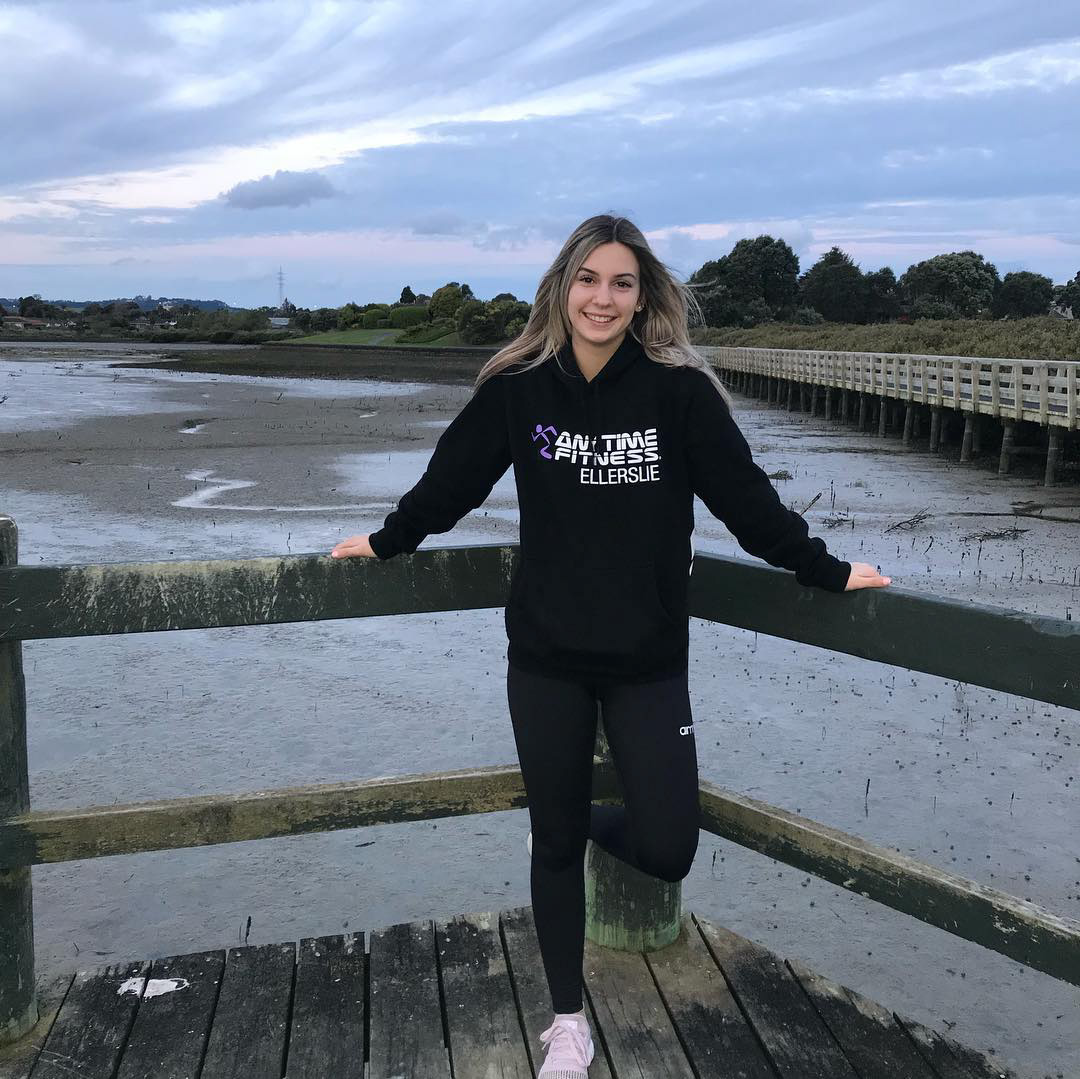 Shocked, Shannon is now urging other women to be vigilant and look out for signs of the disease.

Personal trainer Shannon, who is living in New Zealand, first suspected something was wrong when she started to experience stomach pains at the beginning of this year which occurred roughly once a week and left her unable to move.

And in the weeks after, Shannon started feeling noticeably tired but assumed it was due to waking up at five am for work. 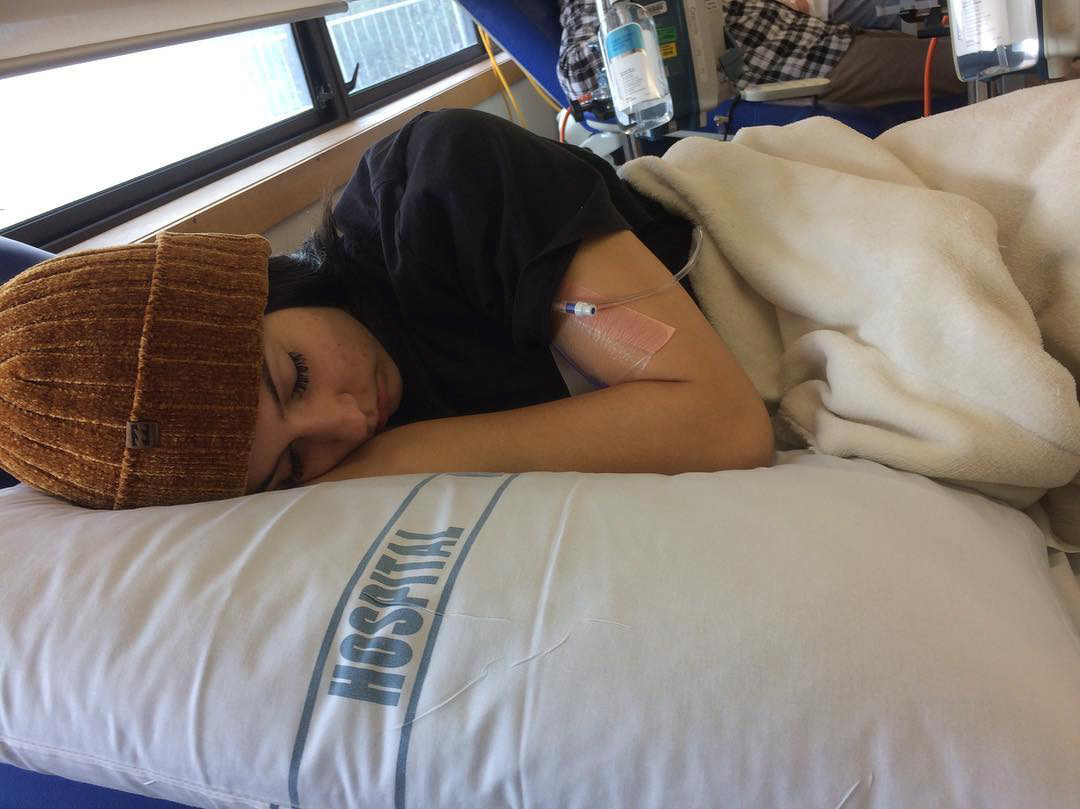 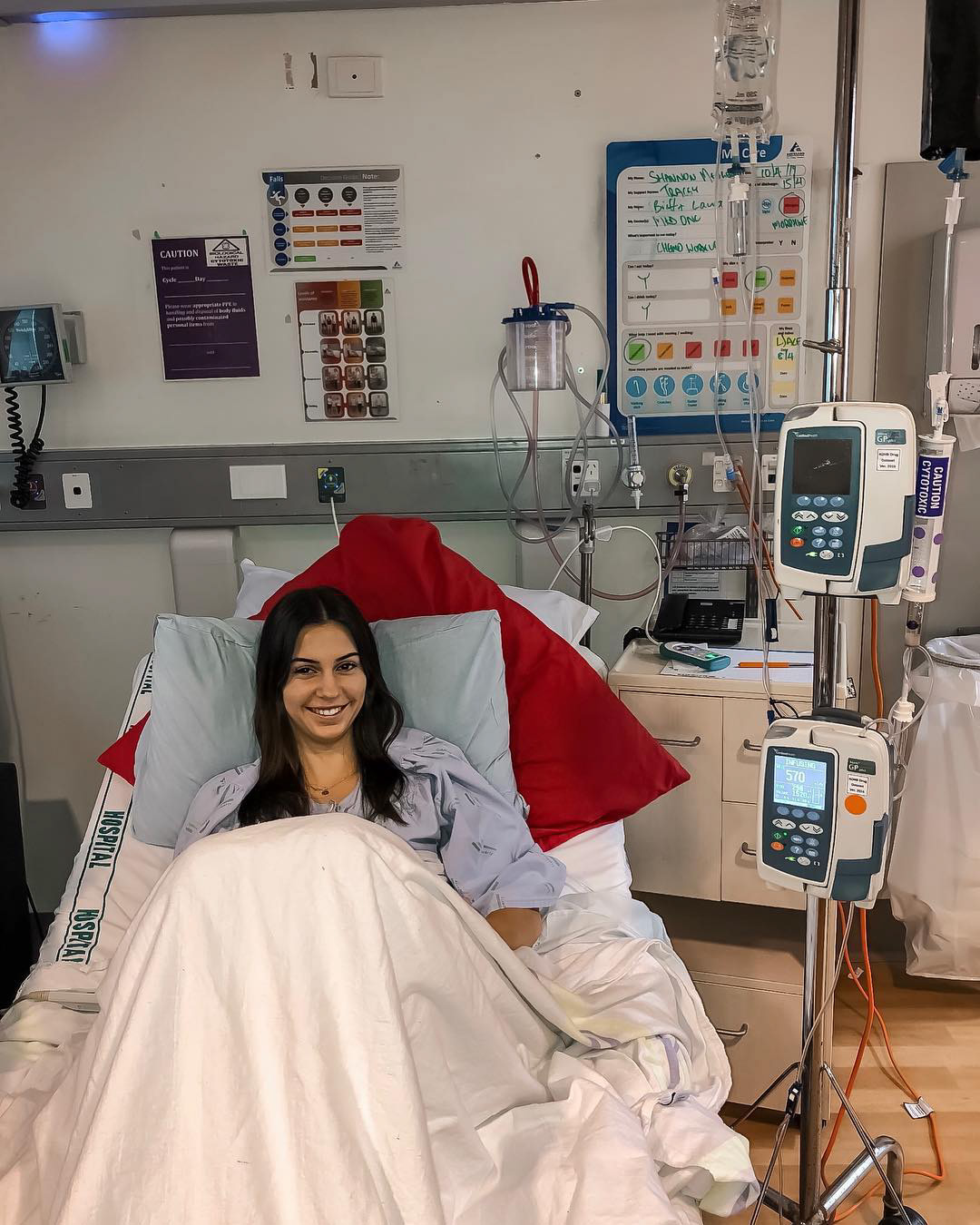 Along with the pains and tiredness, Shannon also had irregular periods, so she saw her doctor but was turned away as they weren’t sure what was wrong.

Shannon went to see her doctor five times between January and March and was told it could be pregnancy or a sexually transmitted infection.

However, things took a turn for the worse in February when Shannon noticed her stomach had become hard.

Despite this, Shannon’s GP sent her home once again with laxatives believing it was constipation. 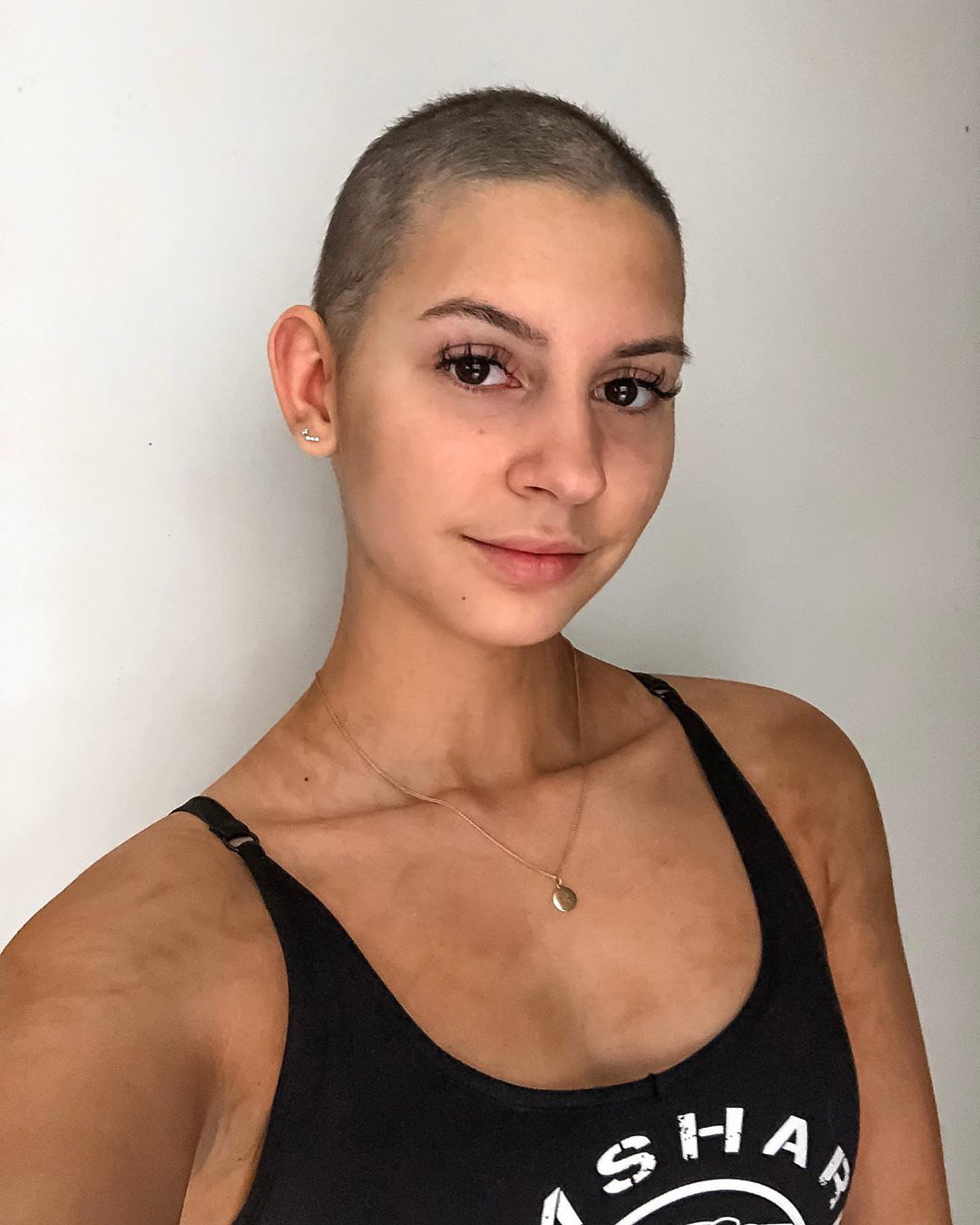 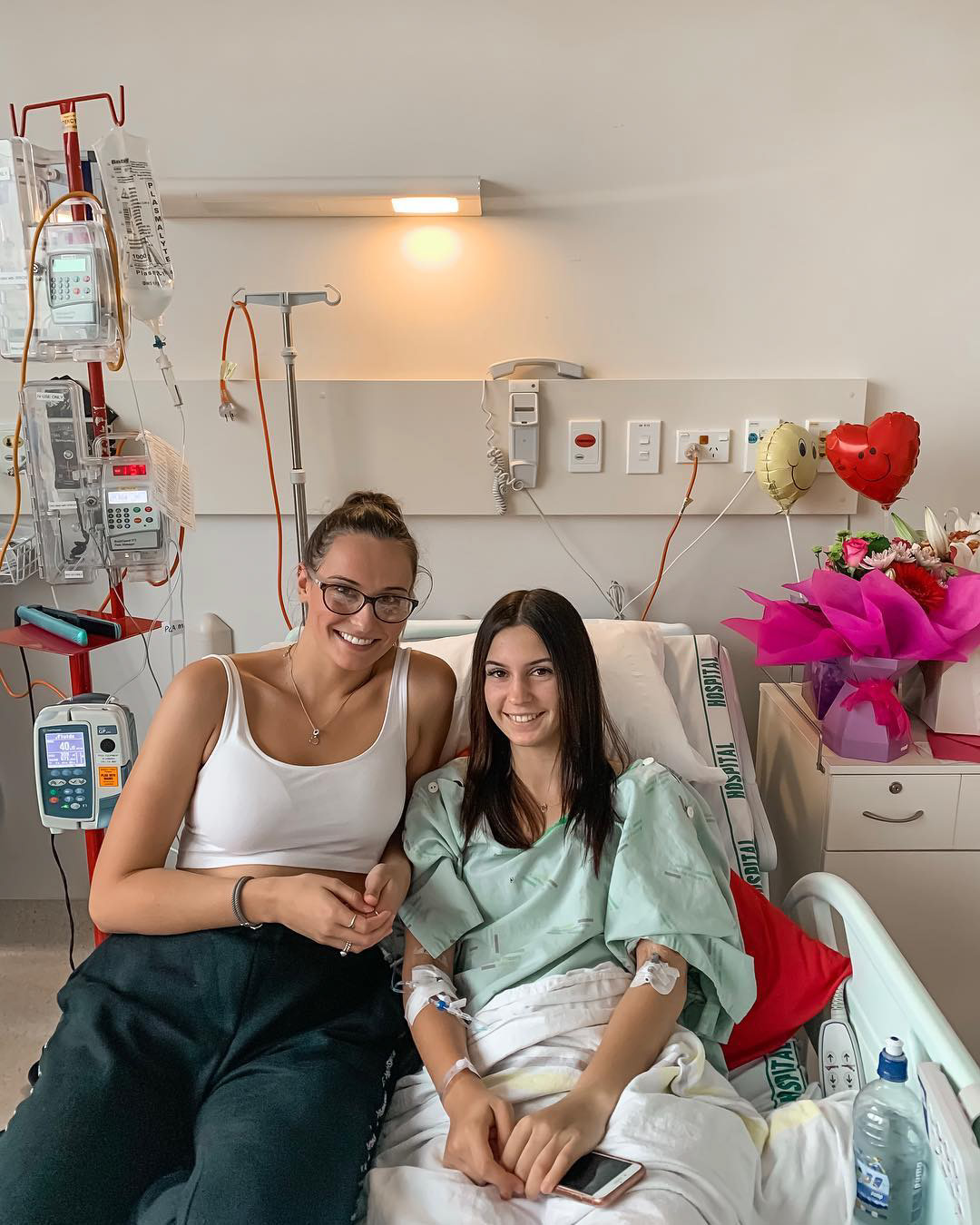 Speaking about her delayed diagnosis, Shannon said: "I was trying to bulk and put on muscle mass at the time, so when my stomach was getting bigger, I just assumed it was because I was eating more.

"I thought the tiredness was from being a personal trainer, waking up early and working late.

"I thought maybe my stomach pains could be a gut health issue or that my body was reacting to me going vegetarian at the time.

"I went to the doctors at the end of 2018 as my periods were irregular, but then I went back when I started getting the pains. 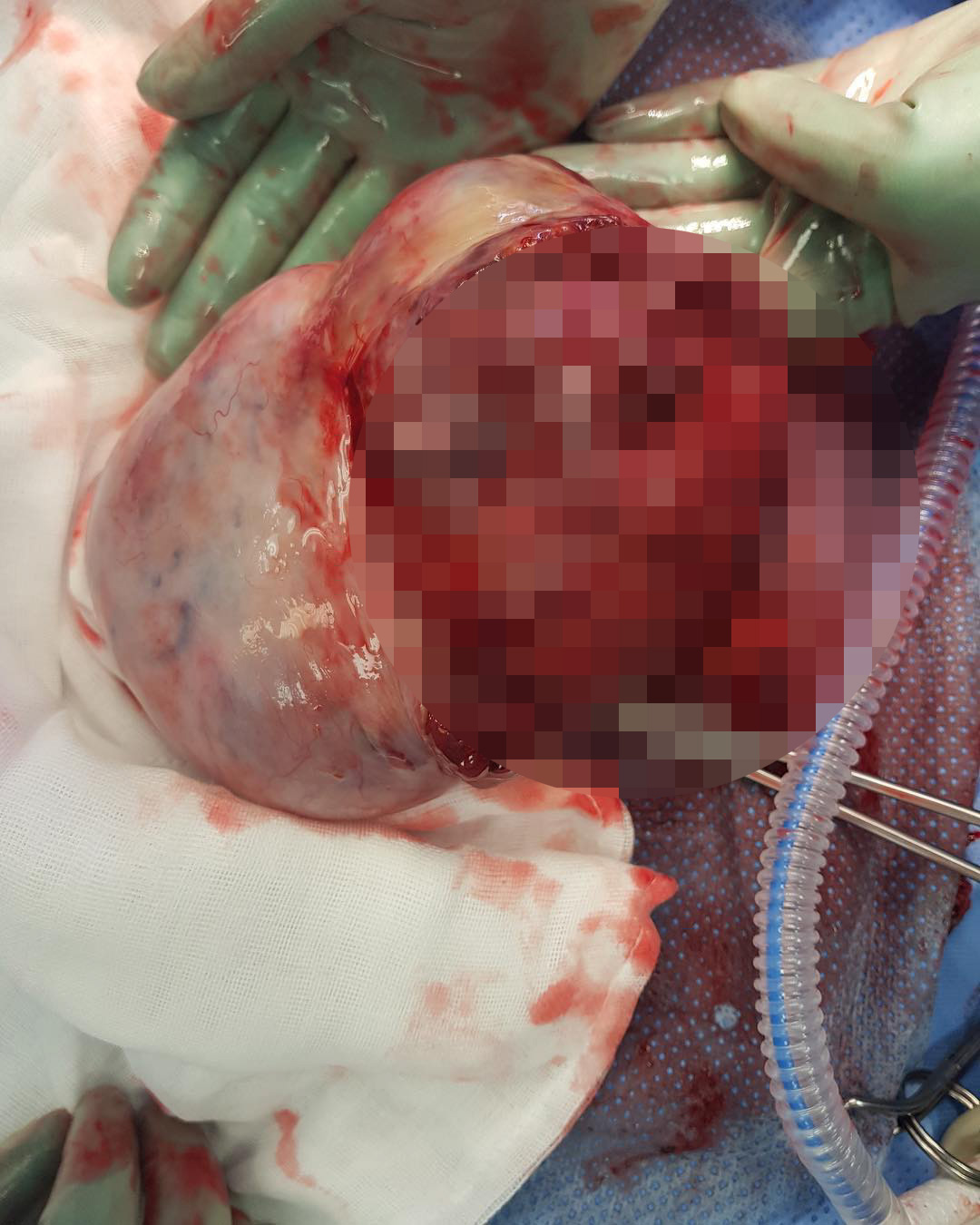 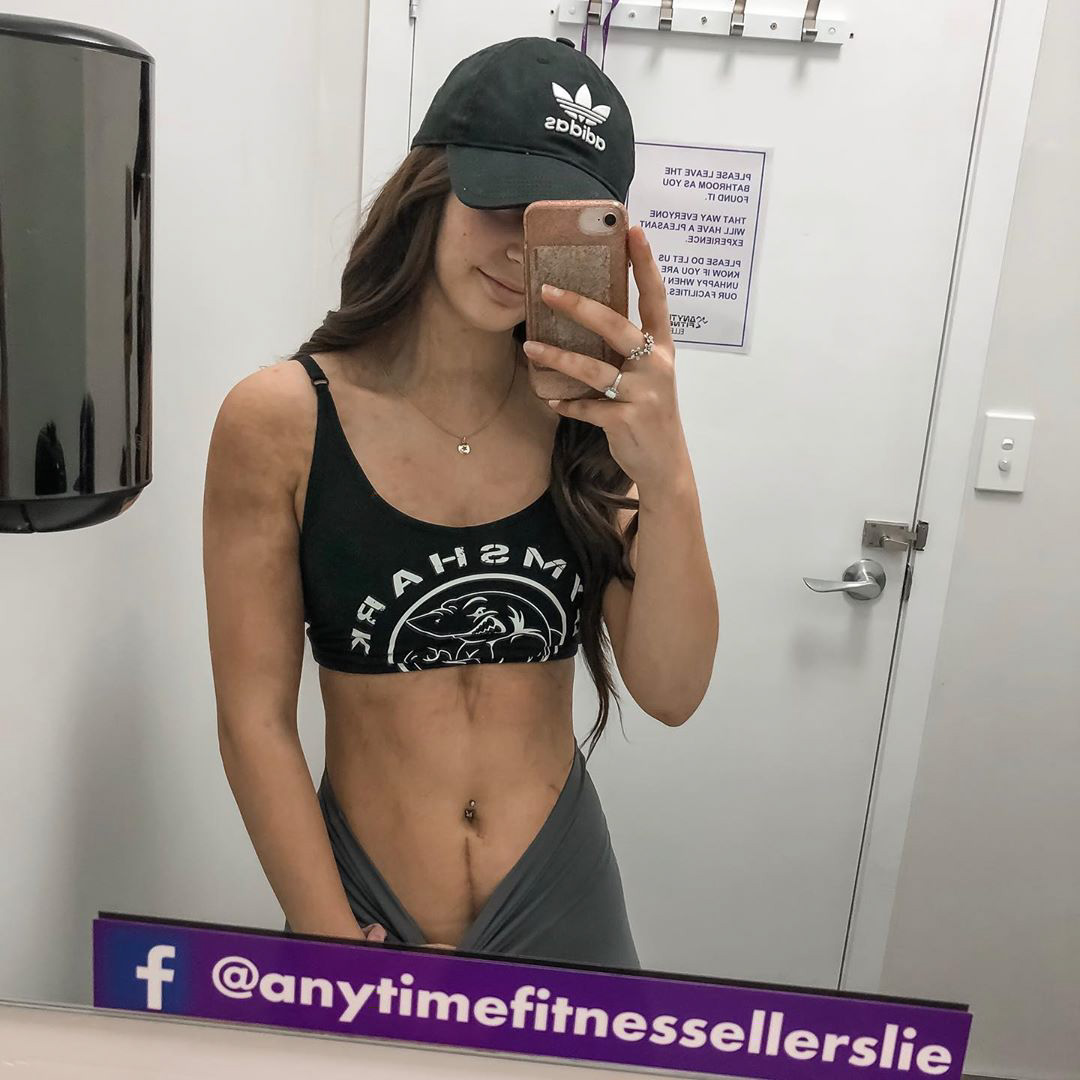 "However, they couldn’t figure out what it was, and I went about five times within two months.

"They thought it could be pregnancy or an STI, so they tested for both and it was neither, so I was sent home.

"When I went back after noticing my stomach feeling hard, they gave me Tramadol and laxatives, saying it could be constipation."

A week after being prescribed laxatives and seeing no improvement, Shannon had an ultrasound which revealed a mass on her ovary.

Despite the shocking revelation, doctors were hopeful it would only be a cyst but Shannon went to hospital for blood tests and within a few hours she was told she had stage 3B immature teratoma of the left ovary, a rare cancer which required her to have surgery within hours to remove the large tumour. 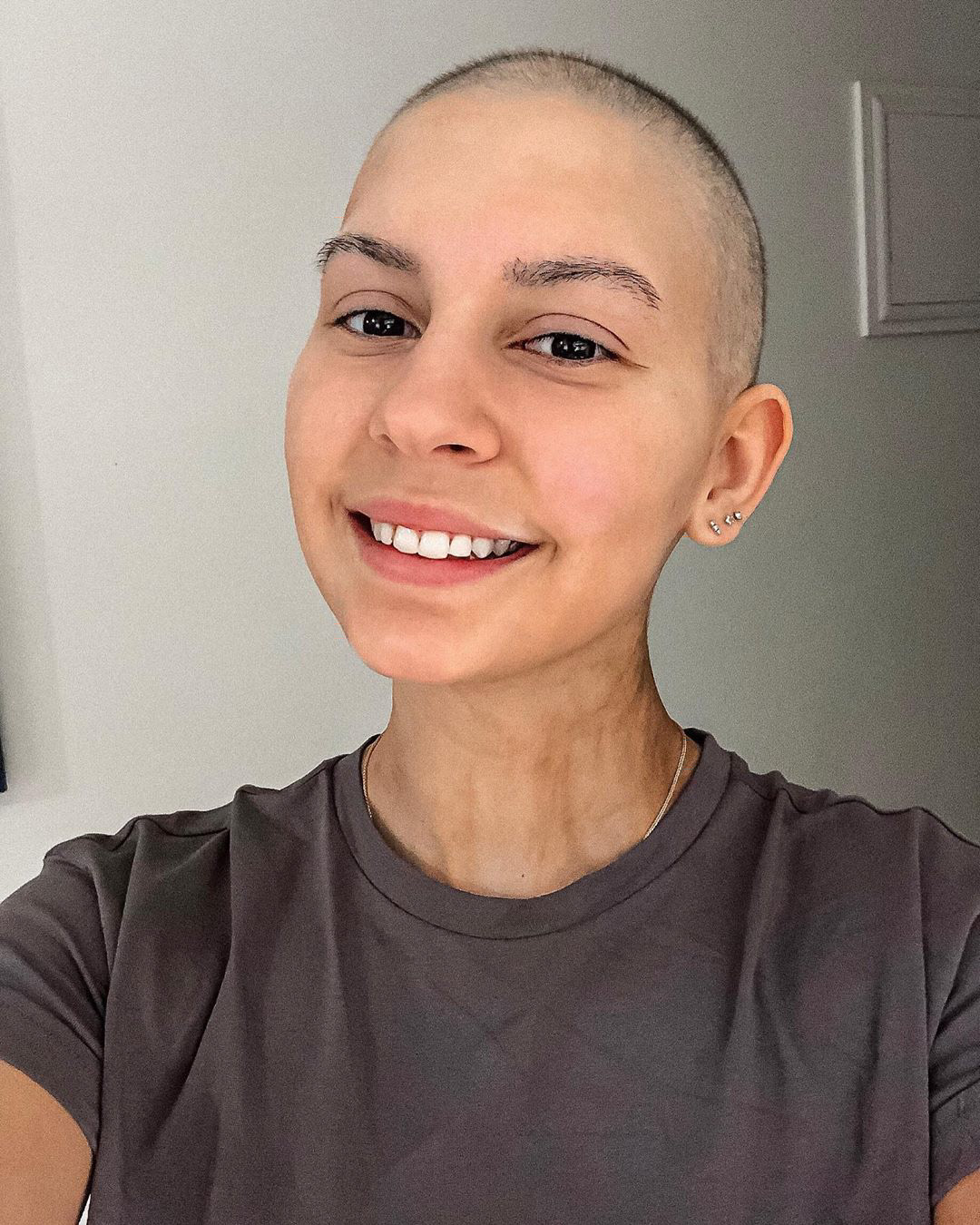 What is ovarian teratoma?

The mature teratoma is the most common type of ovarian cell tumour.

It is most often diagnosed in women during their reproductive years. Mature teratoma is often called a dermoid cyst.

It is removed with surgery and the condition is then cured.

Immature teratomas are usually diagnosed in girls and young women up to their early 20s.

These cancers are rare. They are called immature because the cancer cells are at a very early stage of development.

Most immature teratomas of the ovary are cured, even if they are diagnosed at an advanced stage.

Immature teratomas are more likely to spread to other parts of your body.

Surgery is the most common way to treat a teratoma.

But if it has spread then doctors may use chemotherapy to treat it after surgery.

Shannon said: "They said I had one large mass and then one smaller one which was thought to just be a cyst on my ovaries, so I wasn’t worried at the time, I was more worried about having to miss work.

"After the ultrasound, the doctors wanted to send me for further testing which would take a few weeks, so my mum took me to the hospital instead.

"They checked my bloods and looked at the ultrasound and then half an hour later I was taken into one of the rooms to tell me I had cancer and would need surgery that same day.

"Everything happened so fast so I wasn’t really thinking about the surgery, however I knew I would make it through, so I wasn’t too worried. 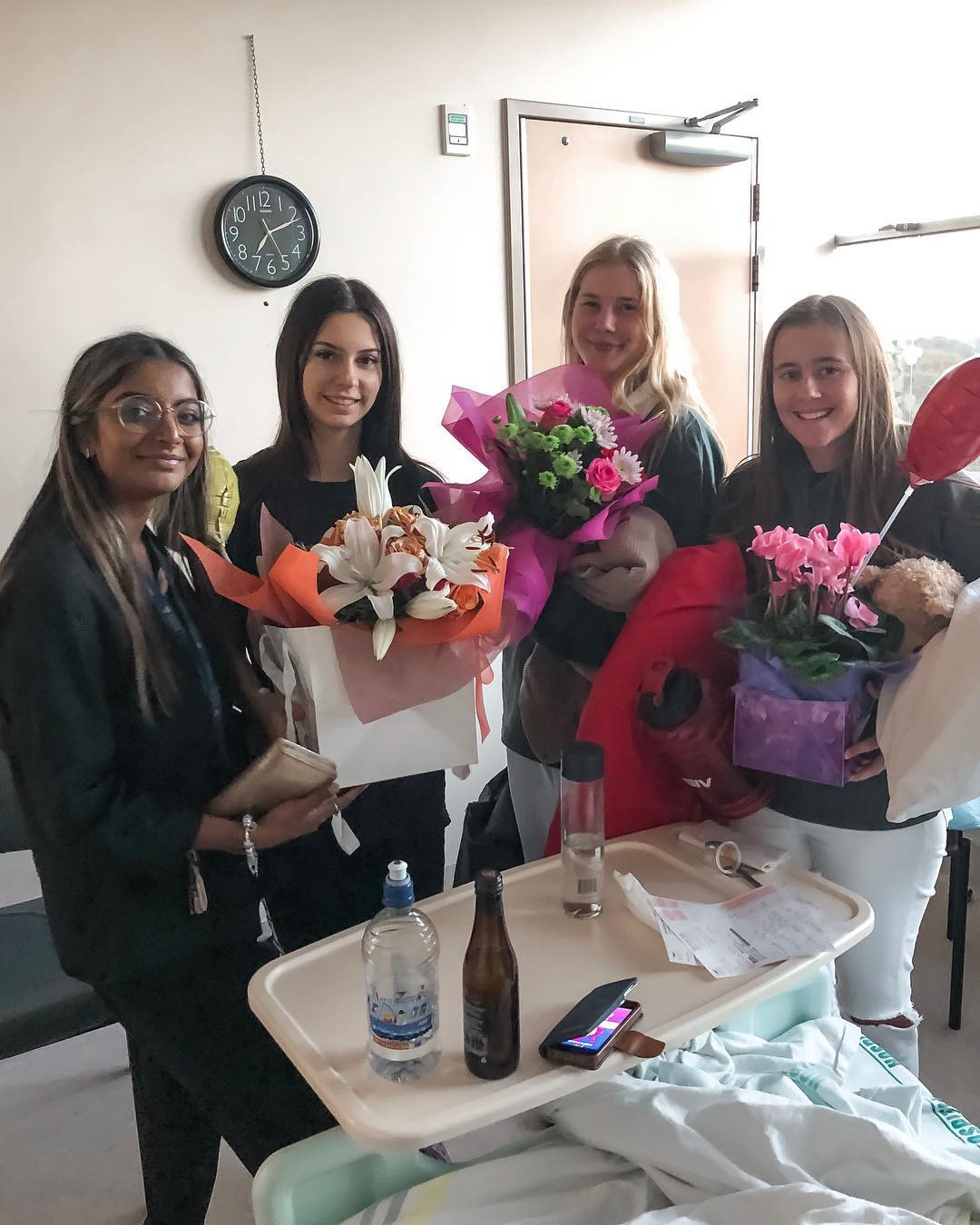 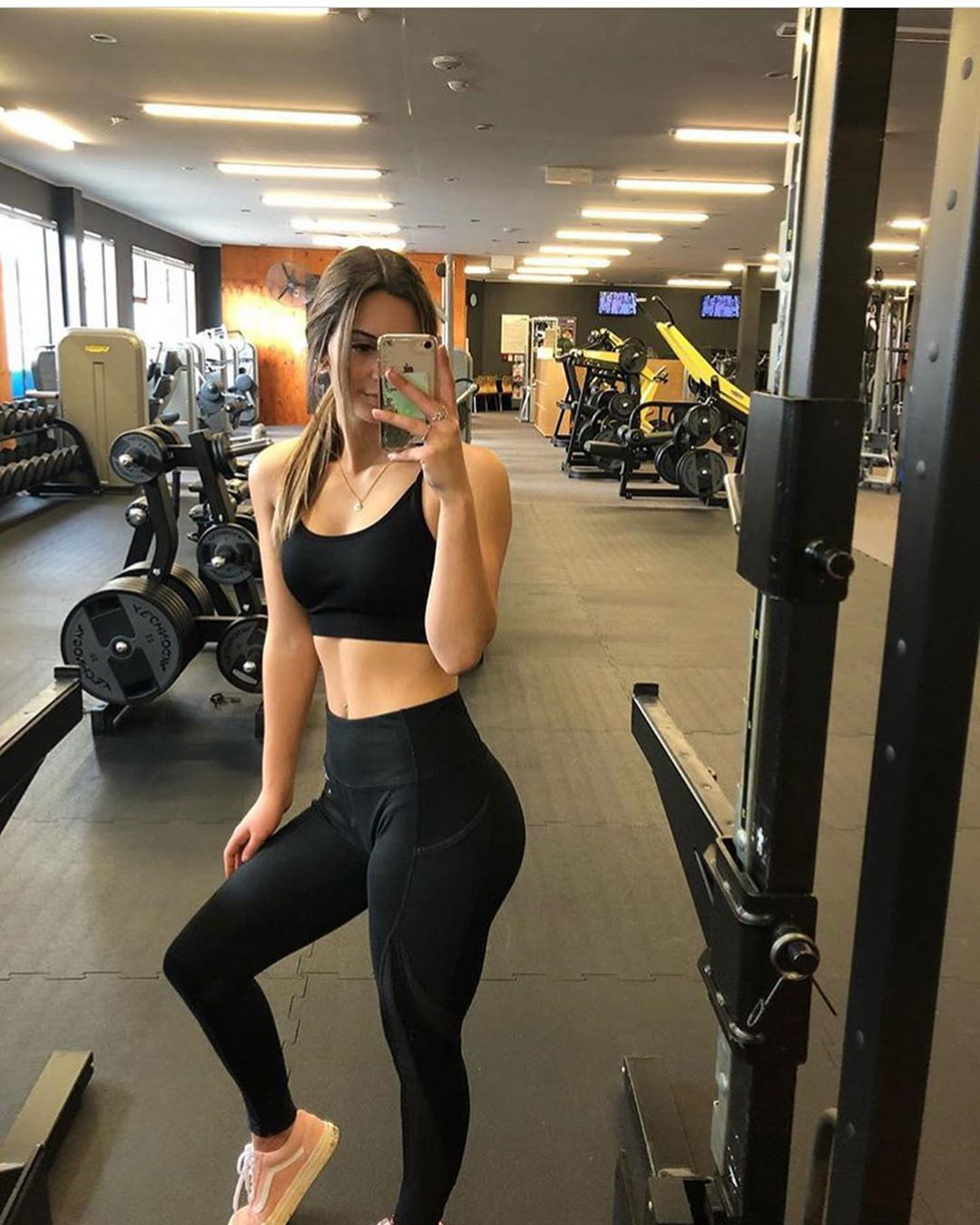 "I did have a moment before surgery though where I had a small freak out because I’d hoped they could do keyhole surgery rather than open up my stomach and leave me with a huge scar, but the tumour was so big they had to cut me open."

Following her live-saving surgery, Shannon then had to start chemotherapy just eight days later as it was an aggressive cancer.

For the first week of treatment, Shannon had eight hours of chemotherapy daily from Monday to Friday, then in the second and third weeks she had chemotherapy one day a week for an hour, and this cycle was repeated three times.

Chemotherapy made Shannon weak and nauseous, but she was determined to return to strength by working out again. 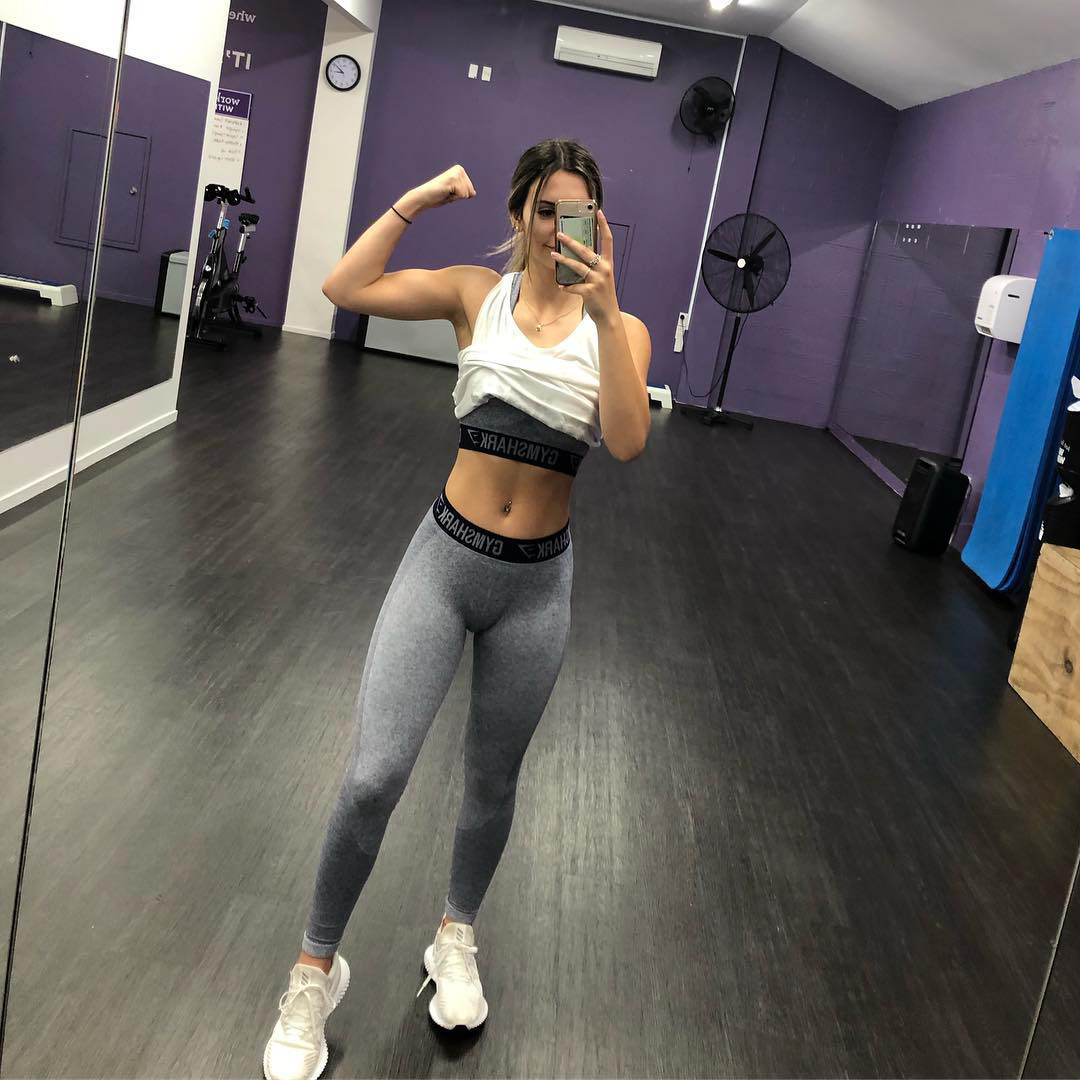 Two weeks after completing treatment, Shannon trained in the gym a couple of times a week, and she is now back up to training three times a week and lifting weights.

For Shannon, it was important for her mental and physical health that she wasn’t defeated by cancer or chemotherapy, and she counts herself lucky to be in such a fit and healthy position now.

She said: "Surgeons managed to remove the whole tumour but there were some cancerous cells left so I had to go through four cycles of chemotherapy after.

"My cancer is immature teratoma ovarian cancer, very rare for someone my age to get.

"I was told that I had a one per cent chance of getting it. It’s very aggressive but responds well to chemotherapy.

"I was really nauseous during the long weeks of chemotherapy and got sick every time I left the house. I was very run down and had no energy to do anything and I got itchy all the time, which has left me with scars on my skin.

"I was determined to get back into the gym, however in the first week back I got sick from being around so many people and could only work out twice.

"I did two workouts for the first two weeks, but then I started training consistently again. 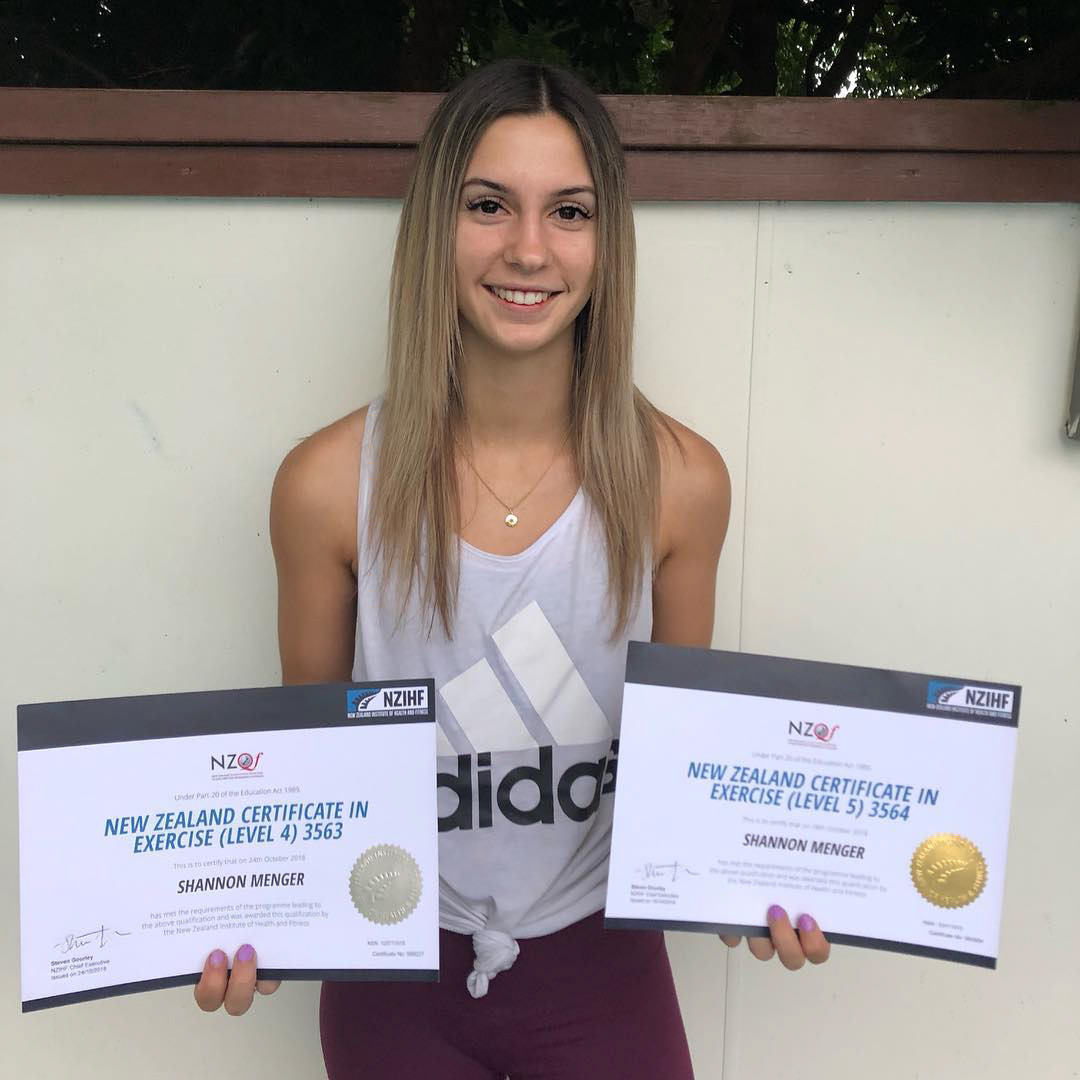 "At first it was frustrating to go from lifting more than my body weight to then barely being able to do body weight exercises, but I had to keep reminding myself that I wasn’t going to get back to where I was if I didn’t put in the work to get there.

"It was important for my mental health to get back into exercise and it’s definitely helped me get my energy back.

"I’m now two months post chemo and I’m feeling pretty much back to normal apart from my brain being slightly slow.

"I’m now training three times a week for about an hour each time, focusing on strength training. I’m a lot less worried about life’s issues now and feeling more positive."

Shannon is now cancer free and has monthly blood tests at the hospital as well as scans twice a month to make sure the cancer hasn’t returned.

She added: "I will have a lot of check-ups for the next five years to make sure it’s under control, but so far so good!

"It’s important to stay positive, regardless what hand you’re dealt because today’s pain will be tomorrow’s strength.

"There’s always something to be grateful for and you can always find a way out of whatever struggle you’re in."