Sustainability and the Australian summer are leading trends for creating winning looks for the Australian Open, according to some of the major brands that sponsor the world’s top players.

Japanese brand UNIQLO is using the Australian Open, commencing Monday, to showcase its new “Dry-Ex” fabric, which is made from recycled PET bottles. The uniforms will be worn by the likes of Roger Federer and Kei Nishikori. Federer gave a sneak preview of his purple-and-navy combo at Tuesday night’s Rally for Relief event at Rod Laver Arena, while Nishikori’s turquoise strip is designed to “evoke an image of the coastline, contrasted with deep red and bright orange”. 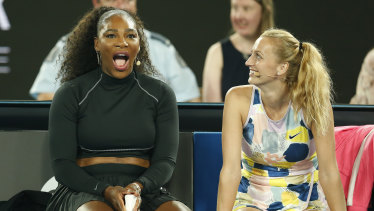 For its players, Nike worked with Melbourne-based artist Cassie Byrnes to create a women’s kit in a pink, blue and yellow pattern, which includes a bodysuit baselayer. Nike is obviously banking on the striking design to translate into sales, with leotards and bodysuits one of the past year’s most-improved searches for activewear, according to a report by global fashion search engine Lyst.

However, Nike’s offering has been plagued by controversy, after it was labelled tone deaf for an ad promising its outfit would provide relief from “fiery conditions”, in the middle of the worst bushfire season the country has ever seen. 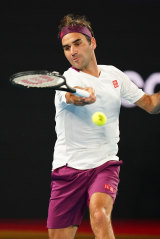 Roger Federer will wear a UNIQLO kit made from recycled PET bottles.Credit:AAP

While Nike sponsors about half of the world’s top 30 female players, including Naomi Osaka and Simona Halep, don’t expect to see Serena Williams wearing the same outfit as the others. Williams usually works with Nike to create a bespoke look for each Grand Slam event. Some of her Melbourne efforts include last year’s ’90s-inspired onesie (complete with fishnet tights), and her 2017 “zebra” look.

Another player whose outfit has already been previewed is Caroline Wozniacki, who will retire after the Australian Open. For her swansong, she and her sponsor, Adidas, have gone with a simple blue-and-white outfit. For fashion favourite Angelique Kerber, Adidas has gone with an appealing purple-and-coral look.

Other fashion favourites to keep an eye on will include Maria Sharapova, rising star Coco Gauff, who takes on Venus Williams in round one, and perpetual risk-taker Bethanie Mattek-Sands. In the men’s draw, keep an eye on Bulgarian Grigor Dimitrov and Rafael Nadal as he chases a 20th Grand Slam title in a bubblegum pink outfit from Nike.

Fashion is a growing business for the Australian Open off the court, with the number of fashion and lifestyle vendors around the precinct jumping from 17 to 21 for 2020. They include Country Road, which supplies the uniforms for tournament officials, Volley and Venus Williams’ brand EleVen, in its first-ever store at a Grand Slam event. 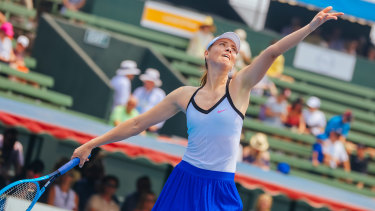 Maria Sharapova is yet to reveal her Australian Open outfit.Credit:Chris Putnam/Barcroft Media via Getty Images

In line with the sustainability message, the Open’s own range of merchandise, including leggings, T-shirts, shorts and jackets, has been produced from a yarn made totally from recycled PET bottles.