A PHOTOGRAPHER has shared a hilarious snap of two new parents who had dozed off while visiting her studio to have their newborn photographed.

Sarah Jankowski, from Georgia, owner of Simply Joyful Moments Photography and a mum-of-four, said she was far from surprised when the mum and dad took the opportunity to nap. 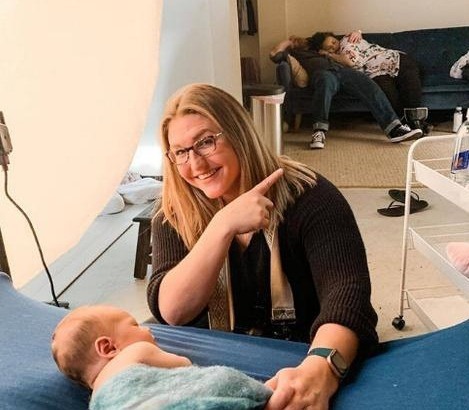 Speaking to Kidspot, she explained: "Mum and Dad were telling me how their baby was keeping them up a lot and how tired they were.

"This was their first child, so it was all new to them."

Sarah told them to just sit back and relax, enjoy watching their baby and that she would take care of the rest… so that's exactly what they did.

One minute they were chillaxing, the next they were out for the count. 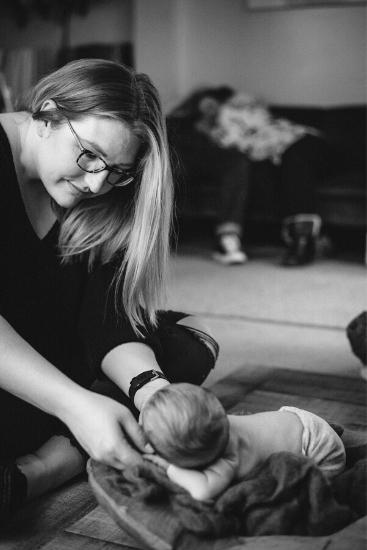 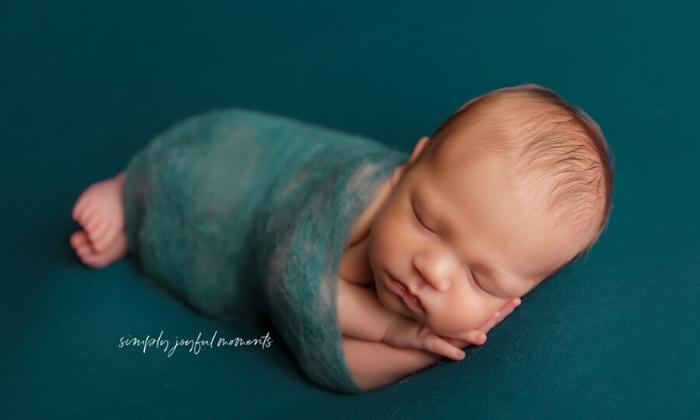 Sarah says that the grateful parents woke up about 45 minutes later and had no idea they had fallen asleep but were "so happy" they got to nap.

She added that while it was "definitely not the first time that parents have fallen asleep at my studio, it's usually just the Dad and not both of them curled and snuggled up together. It really was the most adorable thing!"

When Sarah posted the images on her Facebook page, fellow parents were left in hysterics over the “super relatable” snap.

Vote for your Fabulous Mum of the Year and WIN

DO you know a mum who deserves some extra recognition?

Whether she’s overcome adversity, dedicates her life to help children in need, works long hours to support her family or is just an all-round supermum, we want to hear your stories.

Nominate her for our Fabulous Mum Of The Year Award and she could win an overnight stay for two at a Champneys spa of her choice complete with a Bronze treatment package, which includes a full-body exfoliation and cocoon wrap.

Two runners-up will take home goodie bags worth hundreds of pounds including an afternoon tea with bubbles thanks to Buyagift, plus all three will have a makeover and appear in a gorgeous Fabulous magazine shoot.

Meanwhile, you could win a Samsung TV worth £499 or fashion vouchers for £100 or £50 from Next, Marks & Spencer, F&F at Tesco and George at Asda simply for nominating her!

If you want to nominate a mum then fill in the form here.

To enter, upload a photograph of the mum you are nominating and explain why they deserve to win.

The deadline for entries is Sunday, February 23, and one winner and two runners-up will be announced on Sunday, March 22. Good luck – we can’t wait to hear from you!

"This is the truest newborn family photo session I have ever seen," one person wrote while another added, "The struggle is real with a newborn. Especially when it’s your first… I just love this picture and I hope they frame it!!"

For Sarah, she was just glad she was able to help.

"I'm so grateful they trusted me enough with their brand new little one that they were able to get in a much-deserved nap," she says.

This story was originally published on Kidspot and has been republished with permission.

In other parenting news, this clever mum hid her chocolate in a frozen berries packet so her son doesn't "gorge himself silly" and parents love the idea.

And this mum revealed her clever trick for keeping her kitchen floor spotless while her messy toddler eats in a high chair.

Plus Stacey Solomon revealed the secret note she leaves in her son's lunchbox to ensure he doesn't just eat crisps at school.