“All good things must come to an end,” as the old saying goes, and sadly, that was the case for Ryan Bingham and Anna Axster. The “Yellowstone” actor filed for divorce from his wife of 12 years on June 29, according to court documents obtained by The Blast. The outlet reported the couple share three children, but it’s currently unclear if Bingham filed for joint or sole custody.

As an actor, the New Mexico native is best known for playing an ex-con ranch hand named Walker in the Paramount Network drama starring Kevin Costner, but Bingham isn’t an amateur when it comes to being on the big screen. Per IMDb, he made his debut in 2009’s “Crazy Heart” and has since earned credits in “Jackie & Ryan,” “A Country Called Home,” and “Hostiles.”

Aside from acting, Bingham is acclaimed as a singer and songwriter with music spanning multiple genres, including country and Americana. As of his latest album, “American Love Song” in 2019, Bingham has released seven records total, according to the discography on his website. However, he teased new music in October 2020, saying it was “time to get to work on a new album” amid the coronavirus pandemic. “In these crazy times I’m finding solace in the things that help pass the time. So many songs have come to me lately,” he tweeted. It sounds like Bingham’s divorce might be the perfect inspiration to finish the record. For more on what we know so far, keep scrolling. 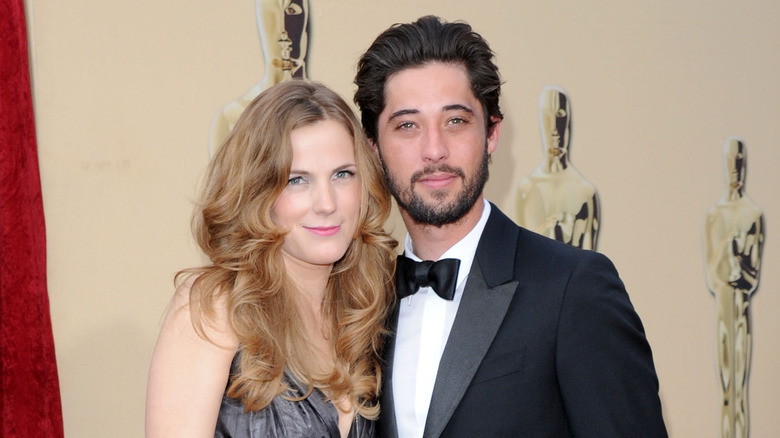 It’s usually easy to spot the end of a Hollywood romance before it even happens, but Ryan Bingham and Anna Axster’s divorce was one many didn’t see coming. Though the former couple was always relatively private in regards to their union, it comes as a shock that they called it quits. Just a year before Bingham filed for legal dissolution in June 2021 (via The Blast), the “Southside of Heaven” crooner doted over his wife in an interview with Texas Highways.

Speaking with the outlet in May 2020, Bingham said he never felt as “whole” as he did since meeting Axster. “Having children will do that for you. When I met my wife, we were both vagabonds, just roaming around the country,” he shared. “Then we got a place in L.A., and it was the first time I ever had my name on a lease. That was big to me. When we got the keys and went inside, I just cried. I felt secure … finally.”

Bingham and Axster wed in 2009 and became the parents of their three kids in the years following (via Express). They later started their own label together, Axster Bingham Records, in 2012, which the singer juggled while rising to fame as an actor. Considering Bingham had his hands full with his many responsibilities, he credited Axster with being his “biggest supporter” during an interview with The Great Discontent (via Extra).