‘I could have got married to Anna Friel’: DJ Toby Anstis claims actress propositioned him but he lost her to love rat Darren Day – and he’s STILL single because he’s had a Tinder ban

Toby Anstis has claimed he could now be married to Brookside icon Anna Friel after she propositioned him in the 90s – but said he lost her to love rat Darren Day.

The TV presenter, 51, has revealed that the Marcella star, 45, chatted him up during the 90’s while at a party and asked him to stay out that night – but when he went for a drink, Darren swooped in and went on to date her for three years.

And the hapless radio DJ claims that while he dated Cassie Bancroft a year ago, he is still single because Tinder has banned his profile, believing it to be fake. 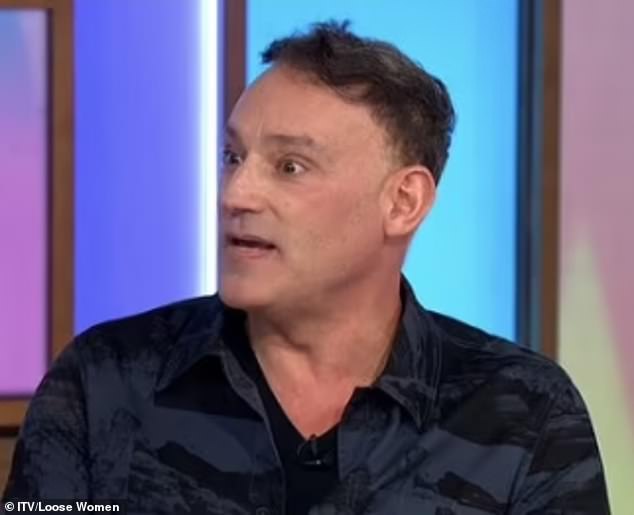 Hot goss: Toby Anstis has claimed he missed out on a relationship with actress Anna Friel after Darren Day swooped in while he was away getting drinks in the 90’s (pictured Toby in 2019) 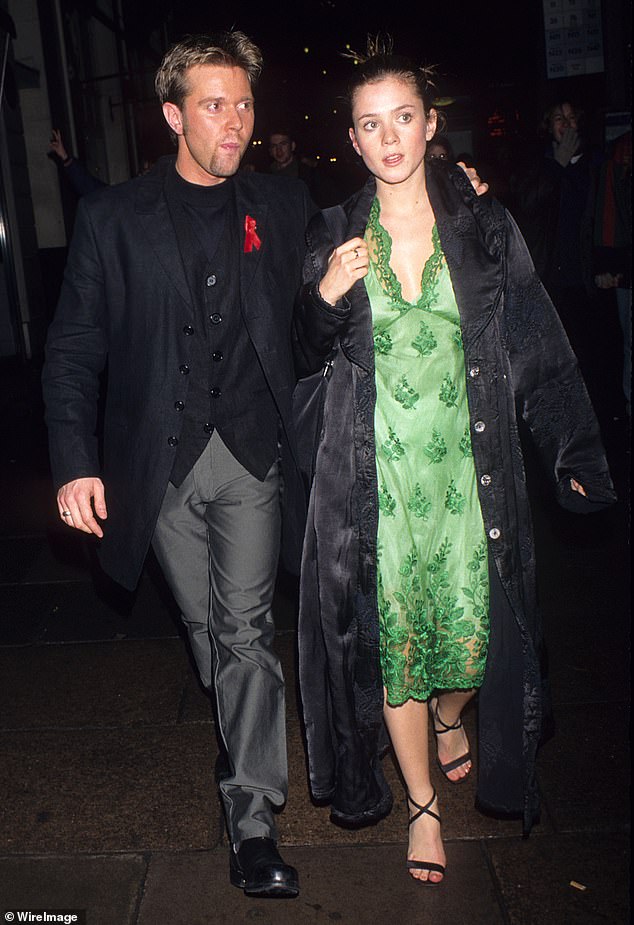 Relationship: The Marcella star, 45, and Darren were together afterwards for three years and he even proposed before the pair eventually went their separate ways (pictured in the 90s)

Toby said during the Diary of a Name Dropper podcast: ‘Even thinking about it I’m still bitter about this….Darren Day’

The Heart Dance host explained how he and Anna were having a few drinks and were ‘getting on really really well.’

He said: ‘I did feel there was a bit of chemistry and then she asked me, “you’re not going back to London tonight?” and I said “yeah I’m on tele tomorrow afternoon and she said “no stay up the night and go back in the morning.”‘

Shocked Toby continued: ‘I just went bl**dy hell all of me is thinking Jesus Christ I’ve been chatted up and asked to stay up here whether she meant stay at her place, one would hope, but I didn’t know what that meant, but I thought I’d stay up.’ 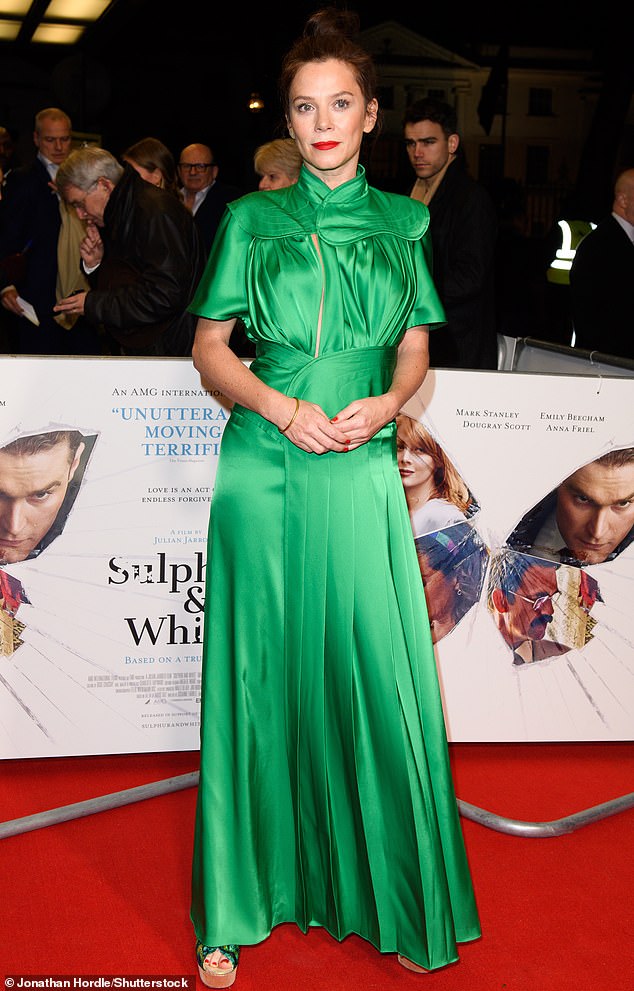 Missed out: The former BBC host said he ‘could have been married to Anna Friel’ after the pair met at a party in the 90’s (Anna pictured in 2020) 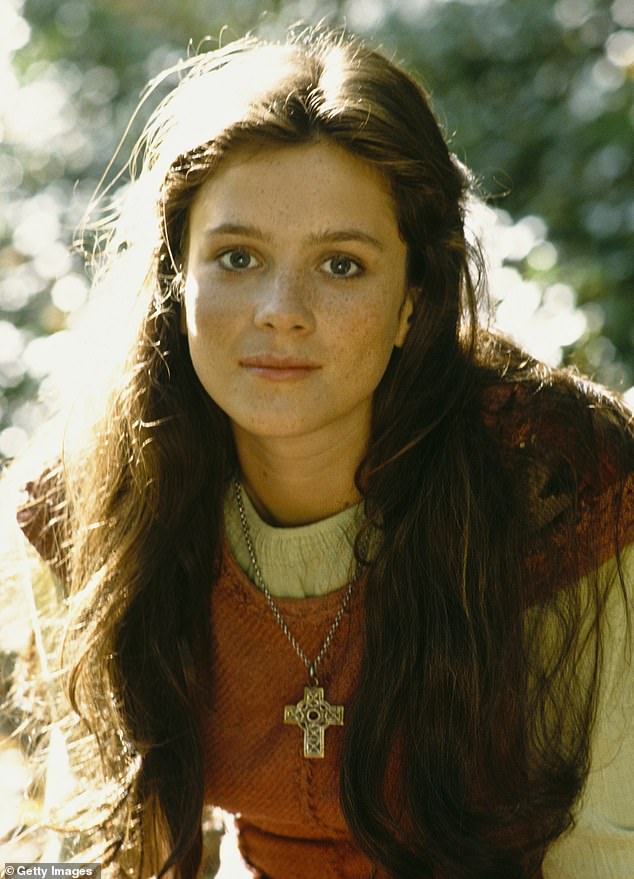 Still bitted: Toby revealed he is ‘still bitter’ after he missed his chance with the then Brookside actress (pictured in 2020)

As Toby went to get the pair a drink Darren moved in on Anna which the star is convinced his ‘management thought it would be a good publicity thing.’

As he returned he witness the pair getting on and ‘the next day they were all over the papers, but she asked me to stay the night before you Darren.’

Despite the couple being together for three years and becoming engaged Toby still seemed a little irked.

He added: ‘I could have been married to Anna Friel and she could have had my children.’

Anna later married David Thewlis whom she shares a daughter with but separated in 2010. She also married Notting Hill star Rhys Ifans in 2011 but the pair went their separate ways in 2014.

Darren has also found love since with actress Stephanie Dooley who he wed in 2010.

Toby is still having no luck with his love life after being banned from the dating app Tinder.

‘I’ve been banned so f*** them!’ said the former BBC star after he received “grief” from people and explained how some would be “rude” to him and report it due to them not believe it was actually him.

He said: ‘Some messaged saying “we know it’s not you Toby, b***er off this dating app.”

‘Everyone should be allowed to use a dating app to find someone, it seems to be an easy way to meet people.

‘I couldn’t be bothered to get verified and I got an email saying I’m banned.’

In a stand against the app, the star emailed Tinder telling them how ‘unjustified’ the situation was.

He added: ‘I’ve binned them off you bunch of losers Tinder.’ 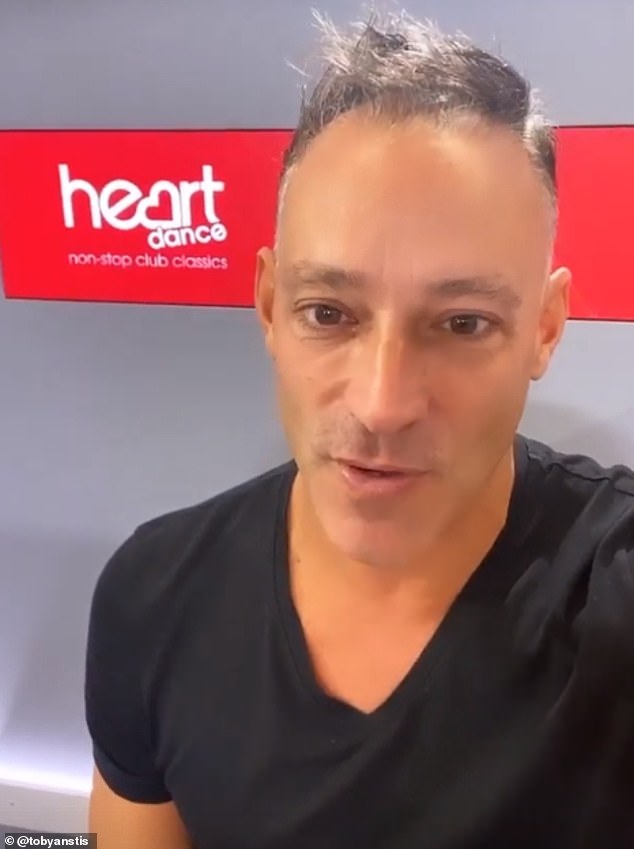 Banned: The Heart Dance host is still having bad luck in his love life after being banned from dating app Tinder due to people not believe it was actually him 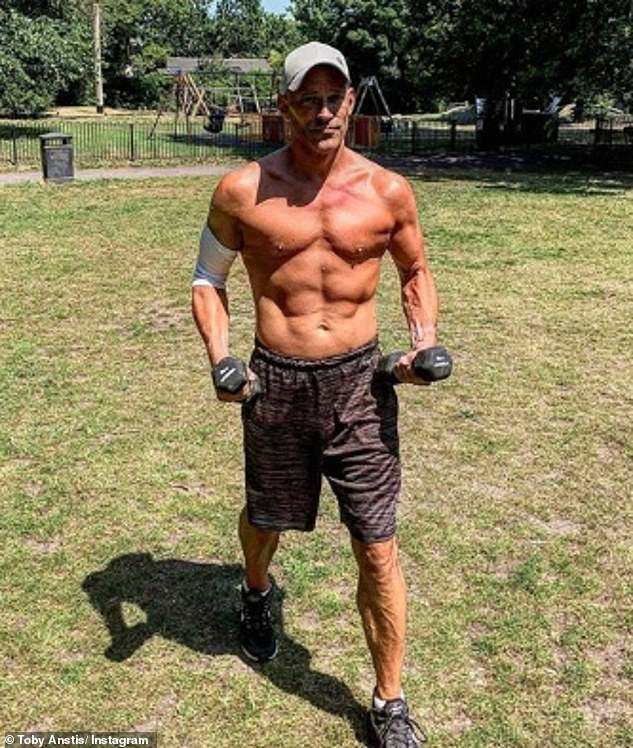 Missing out: The presenter said he emailed Tinder telling them how ‘unjustified’ the situation was after he got banned