Dwayne “The Rock” Johnson was happy to fill in for Kevin Hart on The Kelly Clarkson Show after the comedian’s car accident, but that doesn’t mean he isn’t going to poke fun at his friend!

“Everything is good, I spoke with Kevin, I actually refer to him as my son. I connected with him today,” the 47-year-old former pro wrestler began on the new syndicated talk show on Monday, September 9. “And you know what? These things happen in life, and thankfully he was strapped in nicely to his car seat.” 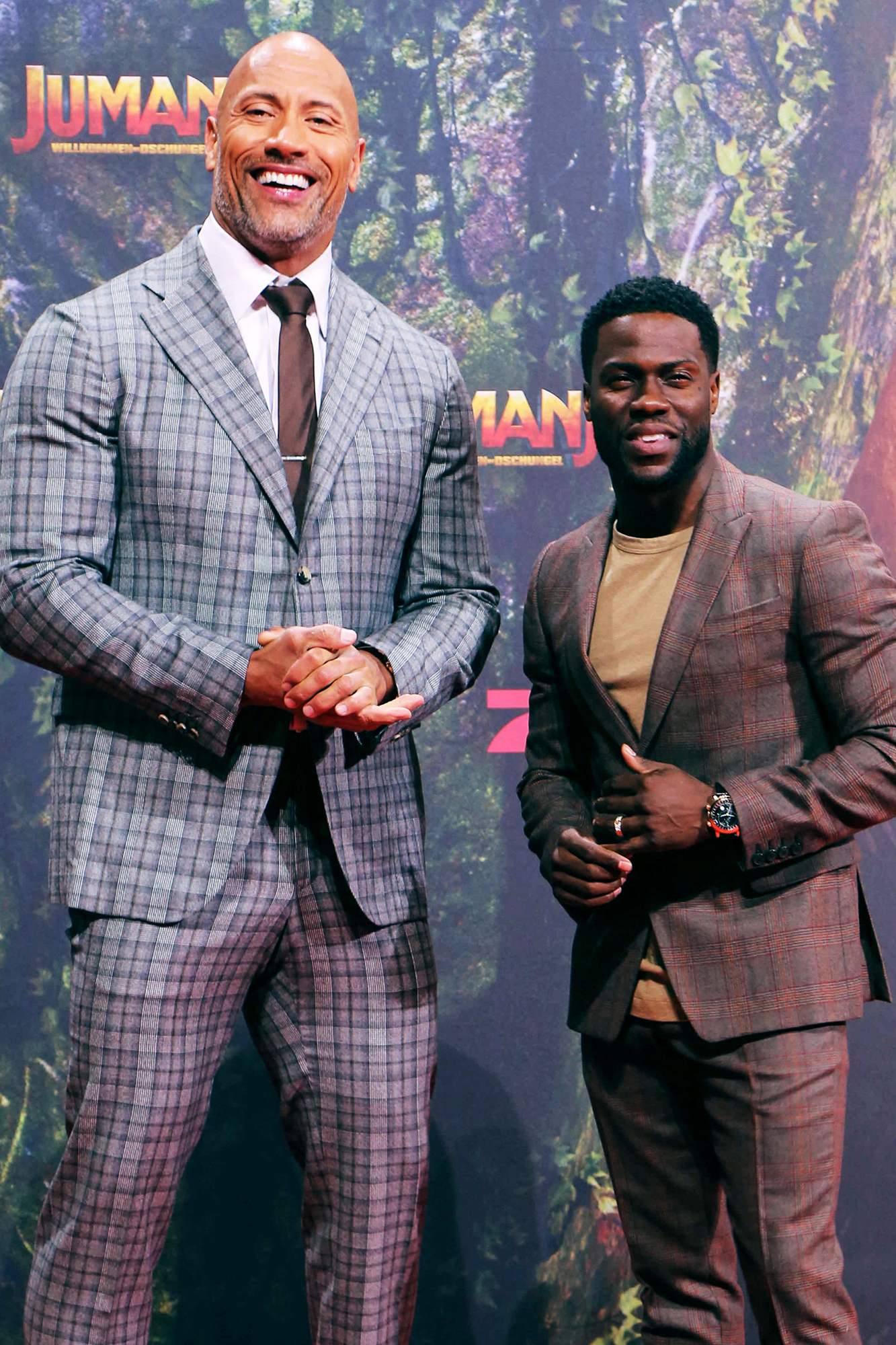 After the audience erupted in laughter, host Kelly Clarkson joked that their relationship is “real love.”

“He’s doing very well. … I love the guy, he’s one of my best friends,” Johnson said. “And honestly, I mean, thank God, it could’ve been a lot worse. So, he’s a lucky man, and he knows it too. I wish him the best and a speedy recovery and I’m gonna see him soon.”

Earlier this month, Hart, 40, suffered major back injuries following a car crash in the Los Angeles area. According to the police report obtained by Us Weekly, the comedian’s 1970 Plymouth Barracuda crashed, rolled over and landed in a ditch on September 1. Hart subsequently underwent back surgery and is expected to make a full recovery. His wife, Eniko Hart, confirmed he was on the mend on September 2.

Actor and producer Jared S. Black, who was driving the vehicle, was also hospitalized. Black’s fiancée, Rebecca Broxterman, who is Eniko’s personal trainer, was in the car too, but she escaped without any serious injures.

“Stop messing with my emotions brother @kevinhart4real,” Johnson captioned a photo of the two men from Jumanji: Welcome to the Jungle via Instagram after the news broke. “We have a lot more laughing to do together. Love you man. Stay strong.”

The Fast and the Furious actor later revealed that he left his honeymoon with wife Lauren Hashian early to film the American Idol alum’s new show.

“I did leave my honeymoon early (Lauren approved cos she LOVES Kelly) and now me and Kelly are new best friends,” Johnson tweeted on September 4. “Tune in this Monday! We had the best time! #greathost #hotcrowd #amazingenergy.”

Johnson and Hashian tied the knot in Hawaii on August 18.