Turns out NBA superstar Michael Jordan isn’t just a pro at basketball, or golf, or baseball, but now can add skilled fisherman to his impressive athletic résumé. The All-Star champ is now making headlines for participating in the famous fishing tournament, Big Rock Blue Marlin Tournament, in Morehead City, N.C. The 2021 event is taking place from June 13 to June 20.

According to Insider, “The NBA legend broke out his boat — an 80-foot Viking Yacht named Catch 23 in a play on Jordan’s iconic Chicago Bulls jersey number — for the 63rd annual Big Rock Blue Marlin Tournament.” Adding, that MJ and his crew “made a splash” on the tournament’s first day for catching quite a fish. The outlet reports that this isn’t the first time Jordan fished in the tournament. In 2020, “his Airness and company hauled in a massive, 442-pound blue marlin — the fourth-biggest catch of the day across all 204 participating boats,” via Insider.

So, what did he end up reeling in for the 2021 tournament? The catch apparently made the leaderboard, but we’re not sure it means “The Last Dance” star is going to take home the grand prize — since, well, it was a 25-pound dolphin on the end of MJ’s line. Keep reading to learn more about the dolphin Jordan caught and what it means for his chance to take home a grand prize in the fishing tournament.

Unfortunately, MJ's catch wasn't the right species to qualify in the tournament 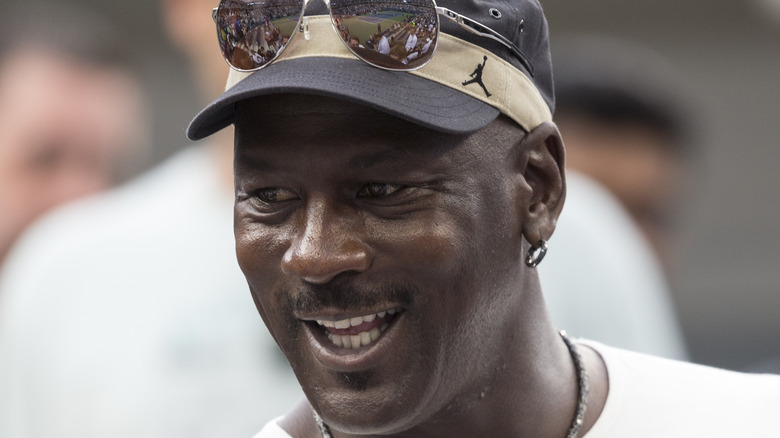 According to The Hill, Michael Jordan’s wow-worthy dolphin catch landed him and his crew in the top of “the dolphin-category” of the 63rd Big Rock Blue Marlin Tournament. However, per The Hill, the 25-pound dolphin is actually a dolphinfish, known as a Mahi Mahi, and is not the right species for the competition. So, unfortunately MJ’s headline-making fish is not going to let him take home the tournament’s $3.4 million prize.

Jordan’s boat is just one of the 270 vessels out in North Carolina’s coast for the tournament that is trying to reel in a big one. Per Insider, 2020’s tournament only had 204 boats and the NBA star had the fourth-biggest catch.

According to Insider, “Jordan looked to be all smiles in photos released from the event. He and his team have until Saturday to hook something big and climb back onto the competition’s leaderboard.” So, considering the tournament is still going on, we can assume that MJ is going to keep casting his line, despite having to give up this one-of-a-kind dolphinfish catch.