‘It’s been a pleasure and a privilege’: Tamzin Outhwaite confirms her time on EastEnders has come to an end as she bids farewell to role as Mel Owen

Tamzin Outhwaite has announced she will be leaving EastEnders for good.

On Sunday, she confirmed she’s leaving Albert Square, paying tribute to her co-stars in a series of tweets and heartbreaking Instagram stories. 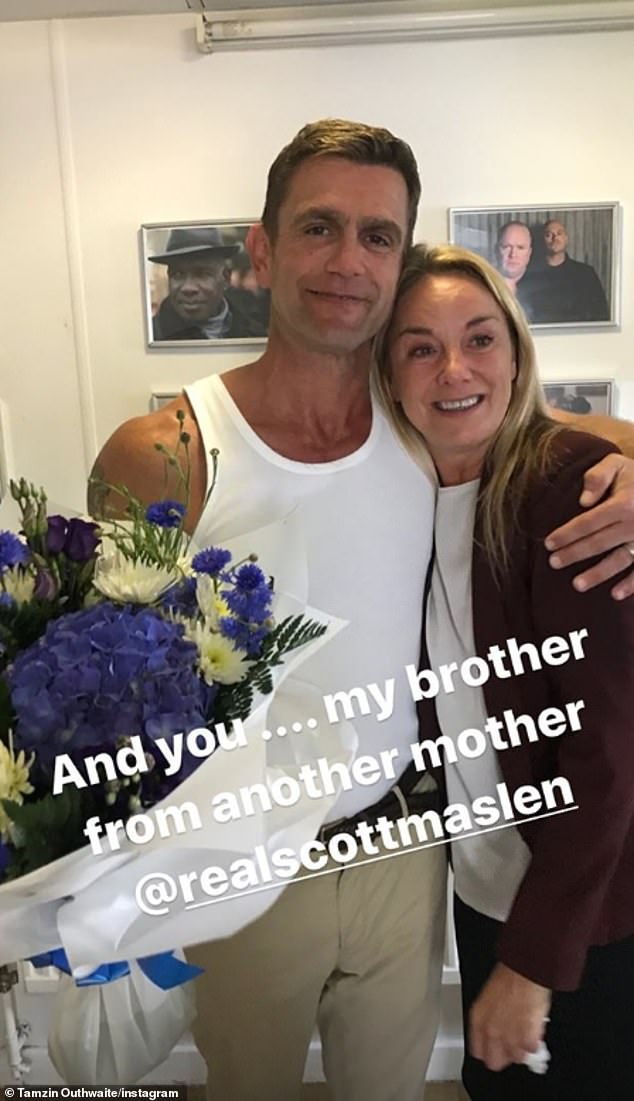 Moving on: Tamzin Outhwaite has announced she will be leaving EastEnders for good, sharing a teary-eyed picture of her co-star Scott Maslen handing over a bouquet of flowers

She shared a teary-eyed picture of Scott handing over a bouquet of flowers, calling him ‘my brother from another mother’.

Tamzin wrote on Twitter confirming the news, saying: ‘So that’s it! The end of an era… for me at least. 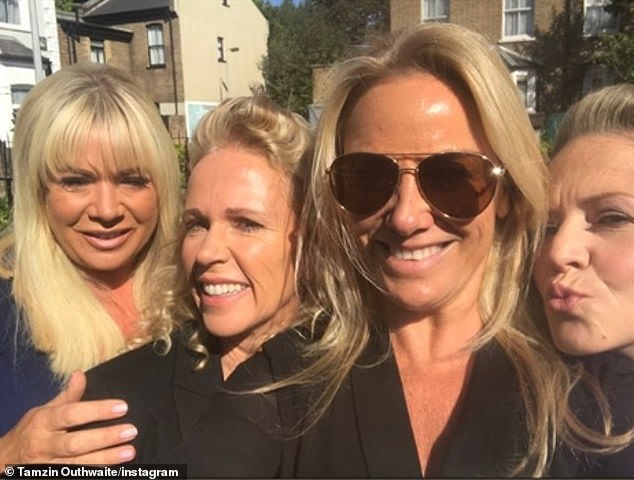 Over and out: Writing on her Twitter and posting a series of heart-breaking Instagram stories, she confirmed it’s all over and paid tribute to her co-stars 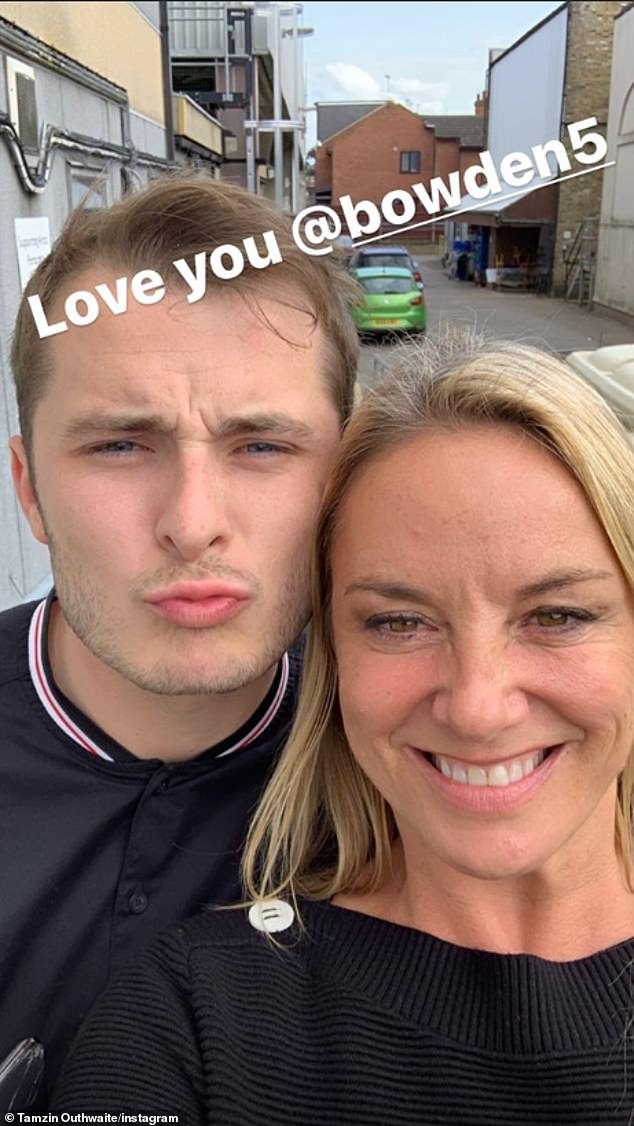 ‘Melanie Healy/Beale/Owen has left the building… it’s been a pleasure, a privilege and a 21 year association with a family I will cherish forever and never forget….TIL next time my beautiful cast and crew… you all rock.’

The actress offered no actual date for when she is due to leave, but sources have revealed her character will struggle with the recent death of her son Hunter.

The evil teen was gunned down by police after shooting Ben Mitchell and Keanu Taylor and trying to murder Louise during Friday’s episode. 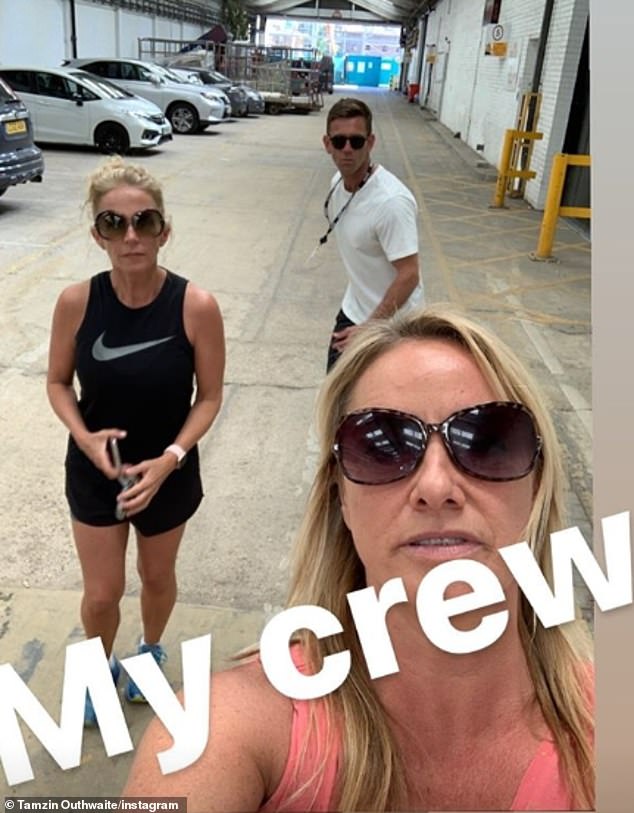 Crew: The actress, pictured with co-stars, offered no actual date for when she is due to leave but leaks have revealed that her character will struggle with the recent death of her son Hunter 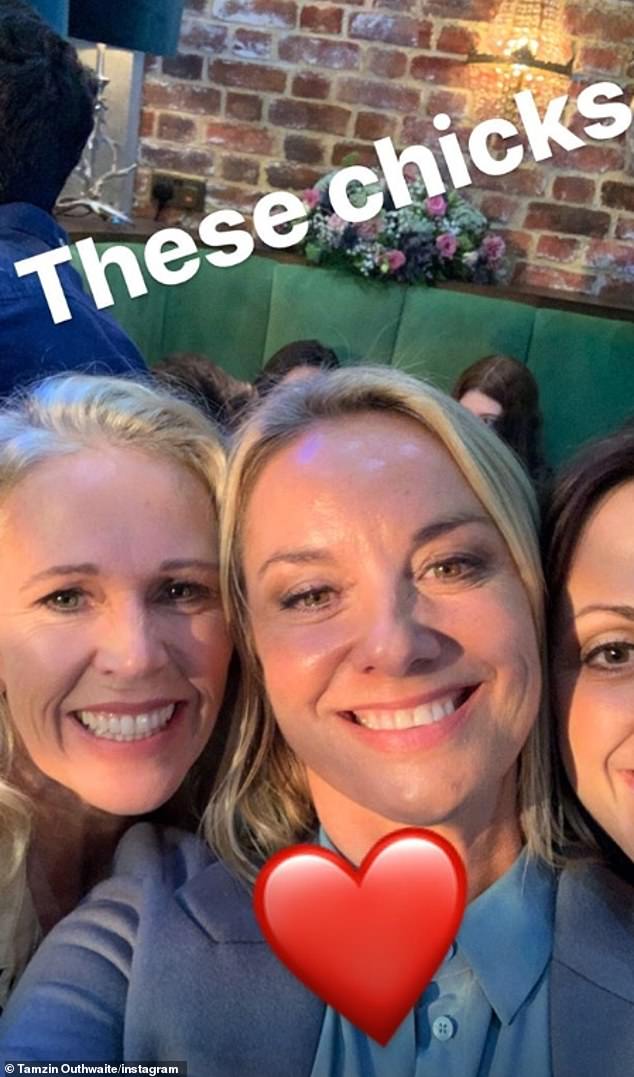 Sharing the love: Tamzin wrote on Twitter confirming the news, saying: ‘So that’s it! The end of an era… for me at least

Mel witnessed her gun-wielding son aim at a pregnant Louise’s stomach before he was charged by Keanu, who was subsequently shot.

The police shot him dead right in front of his mother who then ran over and cradled him, saying: ‘It’s OK, mummy’s here, mummy’s got you.’

It was reported in July that the character would leave the show in an ‘explosive’ final story line. 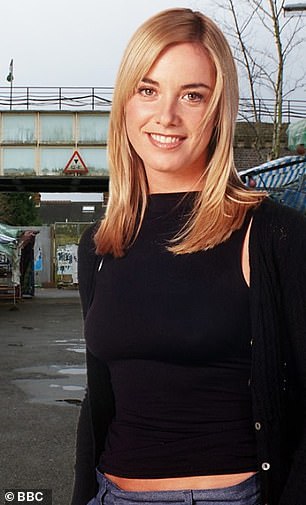 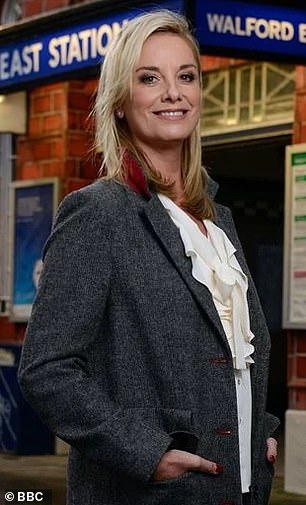 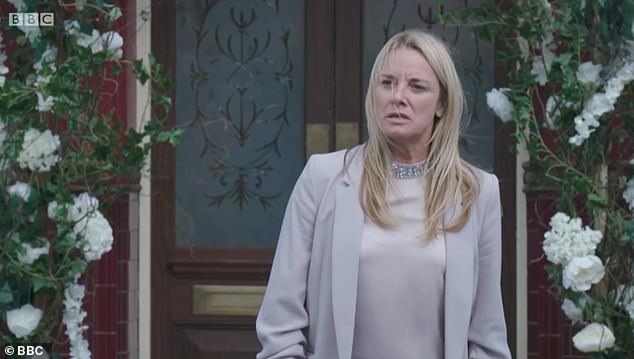 Drama: Tamzin’s well-liked character Mel witnessed her own son turn a gun on pregnant Louise before being shot by police

During that month she said: ‘When [executive producer] John [Yorke] asked me to return to EastEnders back in 2017, I jumped at the chance to play Mel once more but it was only supposed to be for a year.

‘That year quickly passed and I agreed to stay on for another, but now the time feels right to once again pursue other challenges.

‘I will of course miss so many people here at EastEnders, and I will forever have good memories of my time at the show, but I am also excited to experience new roles outside of Walford.’