Susanna Reid looked radiant as she graced the red carpet at the star-studded National Television Awards in London on Thursday.

The Good Morning Britain presenter, 51, wowed in a figure-hugging velvet dress with a cleavage-baring cut out at the glitzy event.

She flashed a huge smile for the cameras whilst posing for photos in her very elegant ensemble.

So chic: Susanna Reid, 51, looked radiant as she graced the red carpet at the star-studded National Television Awards in London on Thursday

Susanna boosted her height with a pair of diamanté encrusted stilettos that shimmered in the light.

She wore her brunette locks in tousled waves and enhanced her flawless complexion with a subtle eyeshadow.

To complete her look, Susanna opted for a pair of stunning dangly earrings that complemented her shoes perfectly. 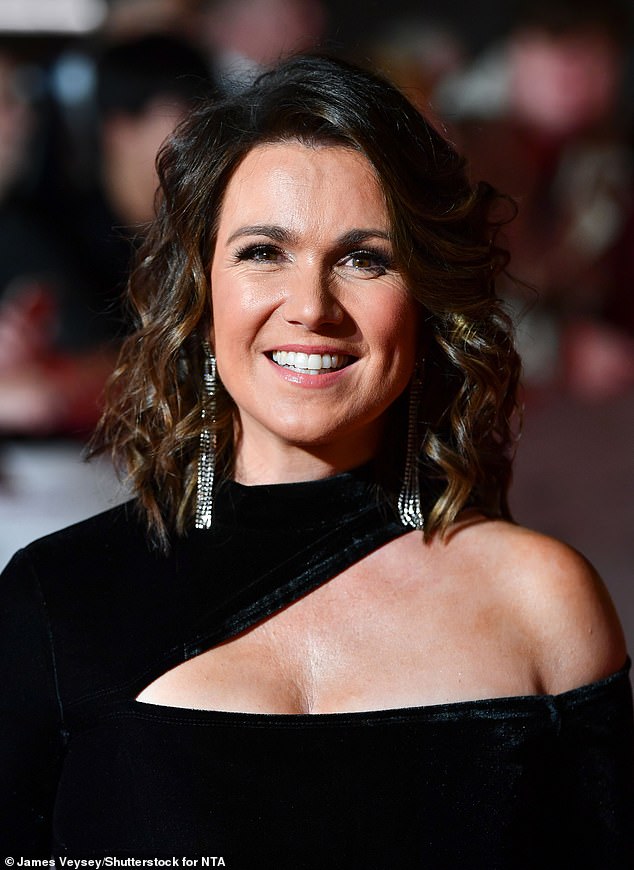 Radiant: She flashed a huge smile for the cameras whilst posing for photos in her very elegant ensemble

This year’s NTAs are broadcasting live from a brand new venue of Wembley’s OVO Arena with Joel Dommett hosting.

Sir Lenny Henry is to be presented with the coveted gold Special Recognition Award at the annual ceremony on Thursday night.

This year’s National Television Awards will honour the 64-year-old and his trailblazing career in UK television, which has endured for nearly 50 years. 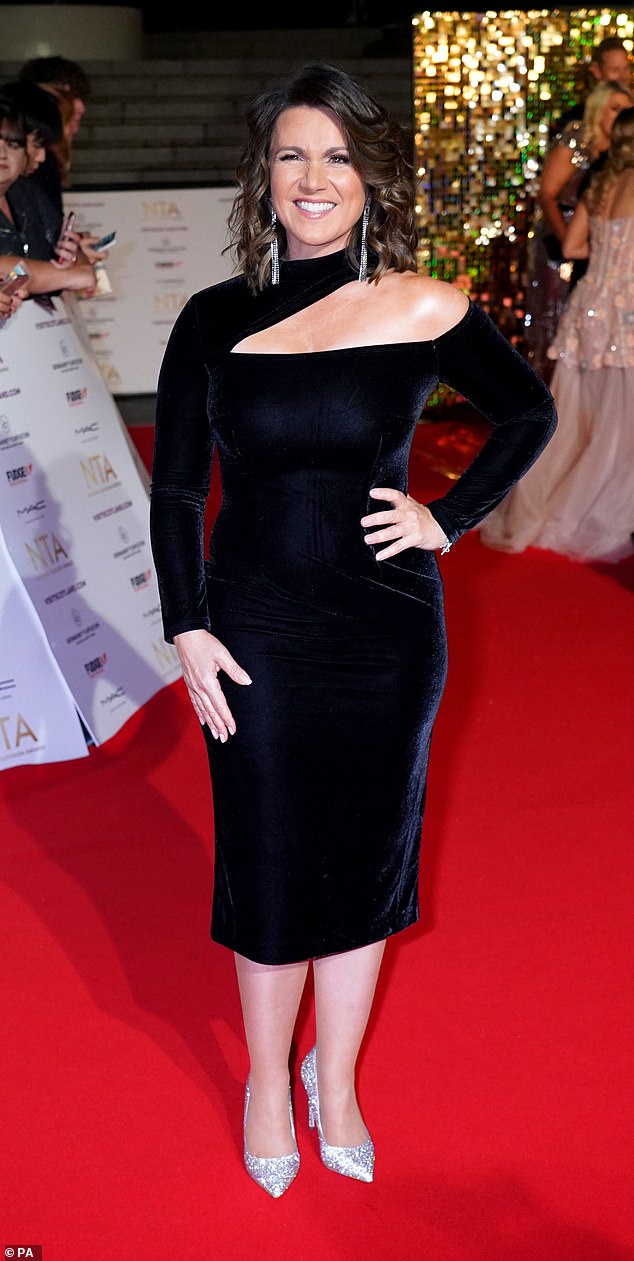 Incredible: The Good Morning Britain presenter wowed in a figure-hugging velvet dress with a cleavage-baring cut out at the glitzy event

Celebrity fans will be seen paying tribute to the comedian and fundraising Comic Relief frontman when the awards are broadcast live on ITV from the OVO Arena, Wembley.

Sir Lenny has been a mainstay on TV for nearly 50 years, starting with his 1975 victory on New Faces at the age of 16 which led to further acclaim on such era-defining shows as Tiswas and Three of a Kind.

Breaking new ground for black talent, he went on to experience huge success with his own sketch comedy series before playing a key role in the formation of Comic Relief. 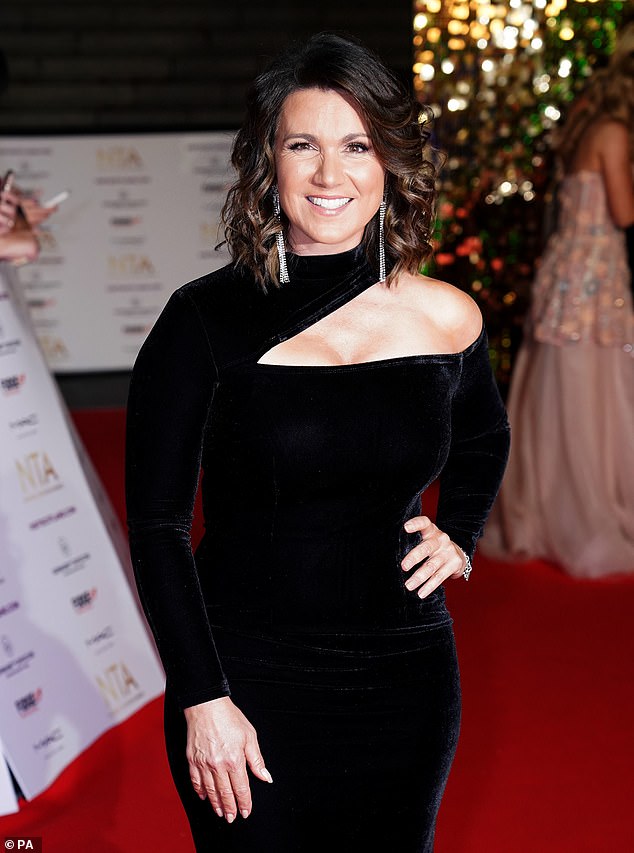 Elegant: To complete her look, Susanna opted for a pair of stunning dangly earrings that complemented her glitzy shoes perfectly

More recent projects have seen him diversify into acting, most notably on stage as Othello and on screen in the big-budget Amazon Prime series, Lord of the Rings: the Rings of Power.

Among those congratulating Sir Lenny for his achievements as a writer, campaigner, comedian and presenter will be Hollywood superstar Whoopi Goldberg, who says, ‘If you want to know what a superhero looks like, take a look at Sir Lenny Henry.’

There will be two notable faces missing from Thursday’s NTAs ceremony though as MailOnline revealed on Wednesday that Ant and Dec have pulled out of attending after being struck down with Covid.

This Is Going To Hurt

Julia Bradbury: Breast Cancer and Me

Katie Price: What Harvey Did Next

Paddy and Christine McGuinness: Our Family and Autism

Tom Parker: Inside My Head

Paul O’Grady: For the Love of Dogs

The Great British Bake Off

I’m A Celebrity… Get Me Out Of Here! – WINNER

In for a Penny