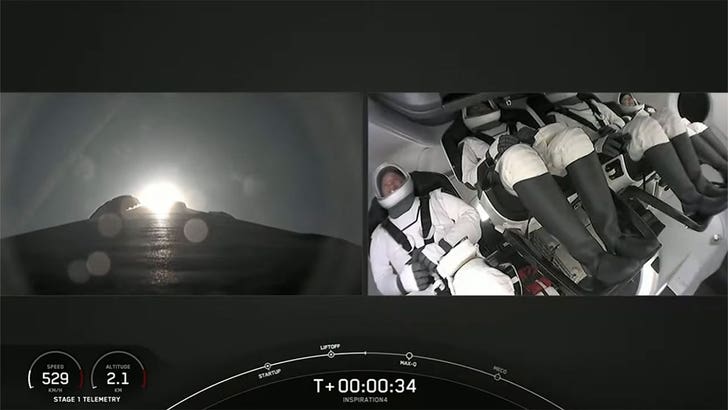 Elon Musk‘s space company just made history … the first ever, all-civilian spaceflight is way up above our planet … and they blasted off without any astronauts.

Billionaire Jared Isaacman, a pilot himself, is leading the mission dubbed Inspiration4 … and it looks like he’s already having a blast up there in space with the rest of his lucky space tourists.

As you can see … the space tourists were clapping and celebrating as they took off into space, breaking the speed of sound on the way up, while those in mission control back home were hyped too.

Now that they’re in orbit, Jared and co. will be in space for the next 3 days, zipping around Earth about once every 90 minutes and enjoying the views. 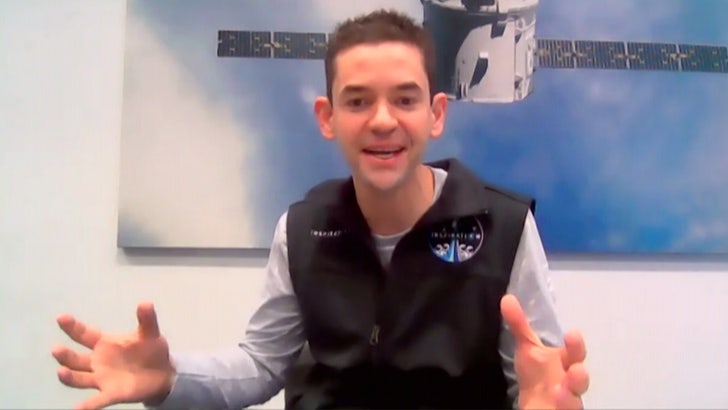 As we first told you … Jared told us back in February he was most looking forward to overriding the automatic pilot and taking Dragon for a spin up in space.

BTW … the civilian crew will be sleeping in the same reclining seats you saw them in on the launch … and they’ve got to share a toilet and forego showers.