Here Comes The SON! Sir Paul McCartney’s lookalike offspring James, 45, looks trendy in a T-shirt and blazer in rare sighting after saying he wants to be ‘bigger than the Beatles’

Sir Paul McCartney’s lookalike son James was pictured on a rare sighting in London on Wednesday.

The musician, 45, is the only son of Beatles icon Macca, 80, and his late wife Linda McCartney – his sisters are photographer Mary, 52, and designer Stella, 50.

He put on a trendy display on the outing wearing a brown blazer and Maharishi University T-shirt which he teamed with loose-fitting trousers. 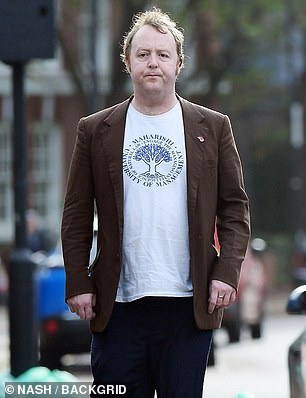 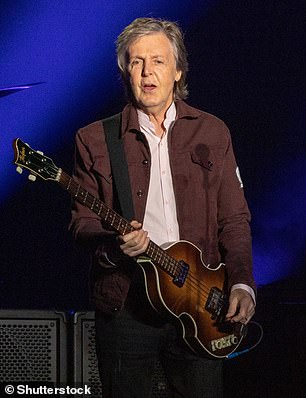 Here Comes The SON! Sir Paul McCartney’s lookalike offspring James, 45, looked trendy in a T-shirt and blazer during a rare sighing in London on Wednesday

He completed his look with a pair of box-fresh white Nike trainers.

After largely shunning the limelight, even working as a waiter in Brighton, McCartney later followed in his father’s musical footsteps.

He has played on some of his father’s albums as well as releasing music of his own.

His first two-and-a-half years were spent on the road with his parents as they toured with their group Wings. 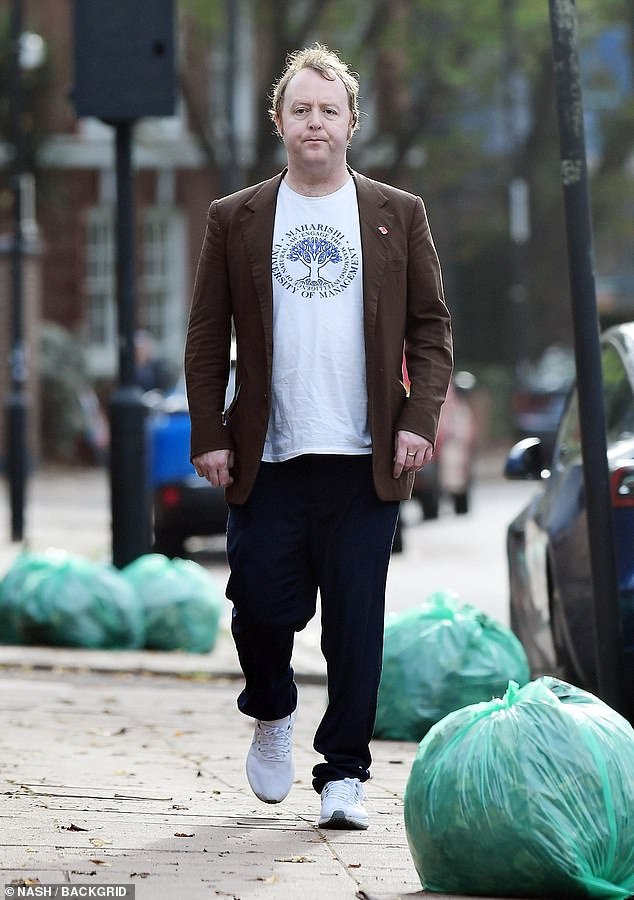 Doing his thing: James put on a trendy display on the outing wearing a brown blazer and Maharishi University T-shirt which he teamed with loose-fitting trousers 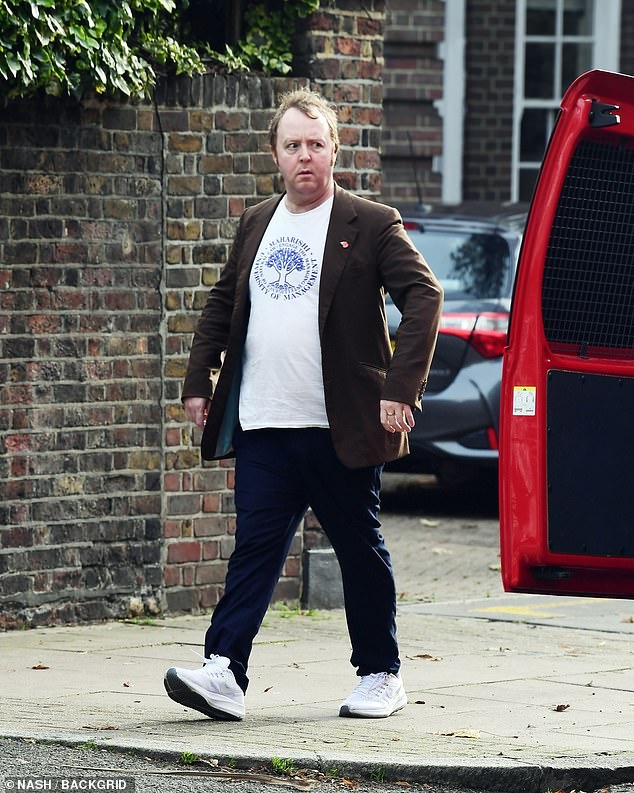 Could it be? He previously said he had aims to be ‘better than the Beatles’ with his own musical projects

He later played guitar on Sir Paul’s records Flaming Pie and Driving Rain as well as The Light Comes From Within – a track he recorded with his mother before her death from breast cancer in 1998.

He released his debut single Available Light in 2010 before releasing his first album Me in 2013 and his second, The Blackberry Train, in 2016 – both co-produced by his father.

He previously said he had aims to be ‘better than the Beatles’.

‘When I got to a certain age, I realised that I was somewhat better than other kids at school at guitar and took pride and enjoyment in that,’ he told the BBC in 2012.

‘I then dreamt of being better than The Beatles. I’m not sure if I can do that. If anything, I would love to be equal to The Beatles – but even that’s quite tough.’ 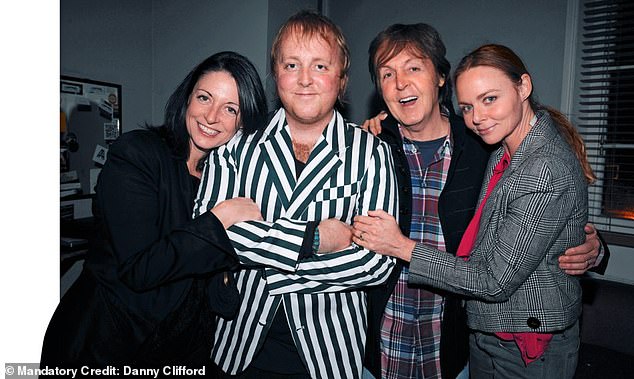 He also revealed he was considering forming a group featuring the offspring of the Fab Four, including Ringo Starr’s son Jason, 54, Lennon’s youngest son Sean, 46, and George Harrison’s only son, Dhani, 43.

Meanwhile, Sir Paul has allegedly bagged himself a whopping £1.5million in only 12 months from investing in up-and-coming companies.

The singer worth a reported £800m, started MPL Ventures during the COVID-19 pandemic and since backed a business making plant-based chicken as well as a music tech start-up behind ABBA’s latest album, Voyage, it has been claimed.

A source told The Sun: ‘Paul is a man of many talents and his new business is bringing in the big bucks. He uses the company to invest cash in growing businesses and it’s working a treat.

‘So far he’s used cash to help fund TiNDLE which makes fake chicken in the US and hopes to bring the product to the UK.

‘Paul also invested in a British based music tech start-up called Audoo. The choices might be a little less traditional than the stock market but it’s paying dividends to Paul.’ 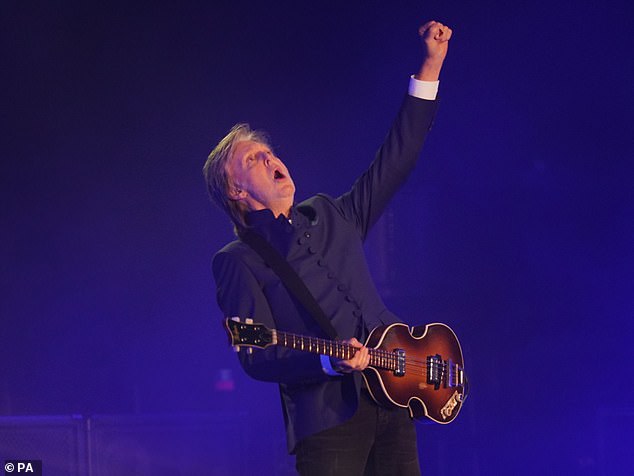 ‘It’s bringing in the big bucks!’ Sir Paul has allegedly bagged himself £1.5m from investing in plant-based chicken business and a music tech start-up (pictured in June 2022)